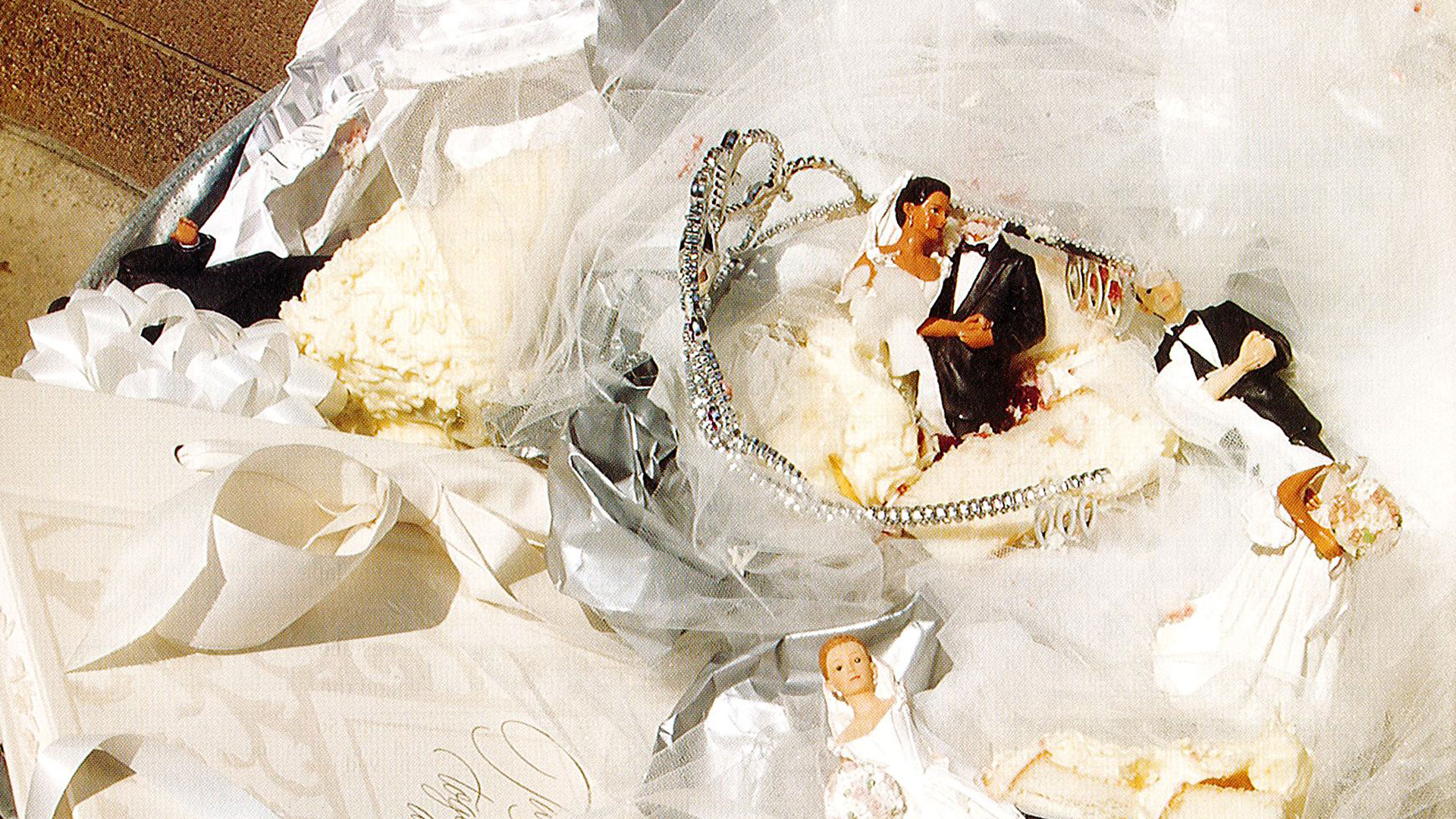 David H. Olson believes that most couples want a close, intimate relationship, but he says many don’t know how to develop and maintain one. Olson is professor emeritus in family social science at the University of Minnesota and president of Life Innovations. He is also founder of Prepare/Enrich, a couples assessment program used in marriage counseling. He has written 20 books and more than 100 articles on the subject of marriage and the family. In an interview with Vision managing editor John Meakin, Olson discussed some of the challenges facing couples today.

JM How would you describe the state of the marriage institution in America today?

DO I think marriage in the U.S. is in trouble. Couples want to have a good relationship, but they don’t know how to do it. Because of the acceptance of cohabitation, more people are saying, “I’m not going to get married” or “I’m going to delay marriage.” Or if they are divorced, “Maybe I won’t marry again.” People seem to want an intimate relationship but haven’t found the way to select the right partner. They don’t have the commitment or the skills to develop the relationship.

JM And America hasn’t had a monopoly on the problem. Is it just as general everywhere else?

DO It seems that the more industrialized and Westernized societies become, the higher the divorce rate. Twenty years ago there was rarely divorce in Japan, but the more they have become like us, the more their divorce rate has increased. Five years ago there was almost no divorce in China, and now the divorce rate and the cohabitation rate in Beijing are increasing dramatically. So we see the same trends there, now that they’ve moved toward a more capitalistic system.

JM What are some of the other major factors that are driving such a massive social change?

DO Well, definitely the women’s movement. Their interest in education and being independent and having power has had a big influence, because there were times when they had no options. But in some cases the men have not been as willing to come along. So what happens is that the women have grown and developed but the marriage has not, and as a result there is more divorce.

JM Probably the two greatest events in the last century were the world wars. Did they have any particular effect on the breakdown of marriage?

DO Actually, I think the highest rate of divorce was after World War II. Many women had gone to work, and when their husbands returned, they had a rockier relationship than their fantasies had assumed. Many others got married quickly and hoped it would work. But as I see society now, the major thing pushing people apart is stress and the fast pace of life. Everything is so fast and so much is demanded of each person. People have to fight to find time to be alone and to be together without interruptions.

JM Do you feel marriage is a God-ordained institution?

DO When you look at the Bible, Adam and Eve were the first couple. It’s interesting that it’s a couple. It’s not several men and several women. Throughout the Bible there are discussions about couples. Today there is a coupling of people because they want one other person, at least, that they can feel close to and connected to. There’s something about pairing up with another person that seems to survive through time.

JM The vast majority today see no problem with cohabiting. And yet you advocate marriage. Why is marriage so much better than cohabitation?

DO Well, it’s interesting that even people who have cohabited, once they marry, seem to feel that the relationship is different. In part, it is different—what’s required and expected of you is different. But 20 years ago couples were rebelling against the value system of their parents and of society. What’s happened today, unfortunately, is that cohabitation has become normative. People don’t feel any stigma from their parents or the church or any place, so they feel no need to wait to live together. Part of it is certainly driven by sexual interest, and unfortunately couples now don’t even feel the need to wait sexually. It is also symbolic of the fact that they don’t have a commitment to marriage. The whole promiscuity issue and cohabitation have made people very self-interested; they don’t value the importance of a relationship in the long run, and so they are not willing to sacrifice anything.

JM So what impact does it have on the stability of the family and the development of children?

DO I think cohabitational relationships will continue to be unstable, even if the couple has children. What the marriage commitment does is add stability and the willingness to help one another through both good times and bad. A problem with cohabitation is that some people have lived with multiple partners already and they say to themselves, “If this isn’t working, I'll go shopping elsewhere.” It’s the consumer mentality: If it’s not good, I’ll just move on. It takes away from the commitment and has a severe impact on raising children. Children want and need stability. Even adolescents who are rebelling like to know there are some rules and some guidelines to go by. As marriage declines, we see an increase in all kinds of other societal problems.

JM Five or 10 years from now, in this rather bold social experiment in openness, what effect will we see on society?

DO It’s very clear that children are going to have more and more problems. And more of them are delaying getting married. Many say, “I don’t want to have a divorce like I saw my parents or my friend’s parents or my relatives experience.” Yet they don’t know what to do. We haven’t provided good models to help them prepare for a good, solid relationship.

JM Is there a fairly defined road map to a strong, happy and stable relationship?

“Is there a fairly defined road map to a strong, happy and stable relationship?”

DO We know that there are some ingredients that make up a strong marriage—four that I would list as key. Two of them are skills that you can learn and teach—one having to do with communication and one with resolving conflict. The other two have to do with things that people want and need. One of those is closeness and feeling intimate, and the other is knowing how to be flexible as a couple. Those who have these four things are the ones who are going to make it in our society. The ones that don’t have them are going to be pretty frustrated and end up divorced.

JM What would you say to those who may be in a marriage relationship that is unhappy?

DO Well, the good news is that there are a lot of programs that they can participate in to help them as a couple, but they need to go as a couple. The programs need to help them better understand each other, but also give them some good relationship skills so they can rebuild their relationship. They probably started off quite well as a premarital couple—happy and optimistic and idealistic. But that relationship often gets eaten away because they don’t have the skills and the abilities to handle issues in an ongoing way.

JM Many people predict the end of marriage. Do you share that view?

DO There are such strong pressures from mass media and society in general. I hope marriage continues and thrives, but I am not very optimistic. We, and Western society especially, have become too much of a consumer society. If something doesn’t work, don’t fix it—move on. Now, when some things break, there isn’t even a place to get them repaired. You simply throw them away. It’s always more exciting for people to develop a new relationship than it is to stay in and work with an older one.

“We, and Western society especially, have become too much of a consumer society. If something doesn’t work, don’t fix it—move on.”

JM Can governments and legislatures play a role in stopping the trend?

DO I think governments can have a role, but the problem is that they typically offer too little too late. The result is that it usually backfires on them. For example, they have known for decades the problems of divorce and the impact on people, yet they’ve sought not to work on building stronger marriages but to reward people for living alternative lives. For instance, the U.S. welfare system until recently rewarded single parents for having more children. If you had two children you got so much; if you had four you got more. It rewarded an alternative lifestyle, and yet the person getting those rewards often felt stressed and in need of help. It created a fatherless society in many ways, which is to the detriment of everyone.

JM Once a society is allowed to go down that route, is it impossible to bring it back?

DO I think it’s very hard, but I don’t think it’s impossible. The hope is that people will see more clearly that there are advantages to staying together and working on things. But it’s a true challenge in our society, because we make it so easy to make changes and, conversely, don’t reward permanence or things that have stability.