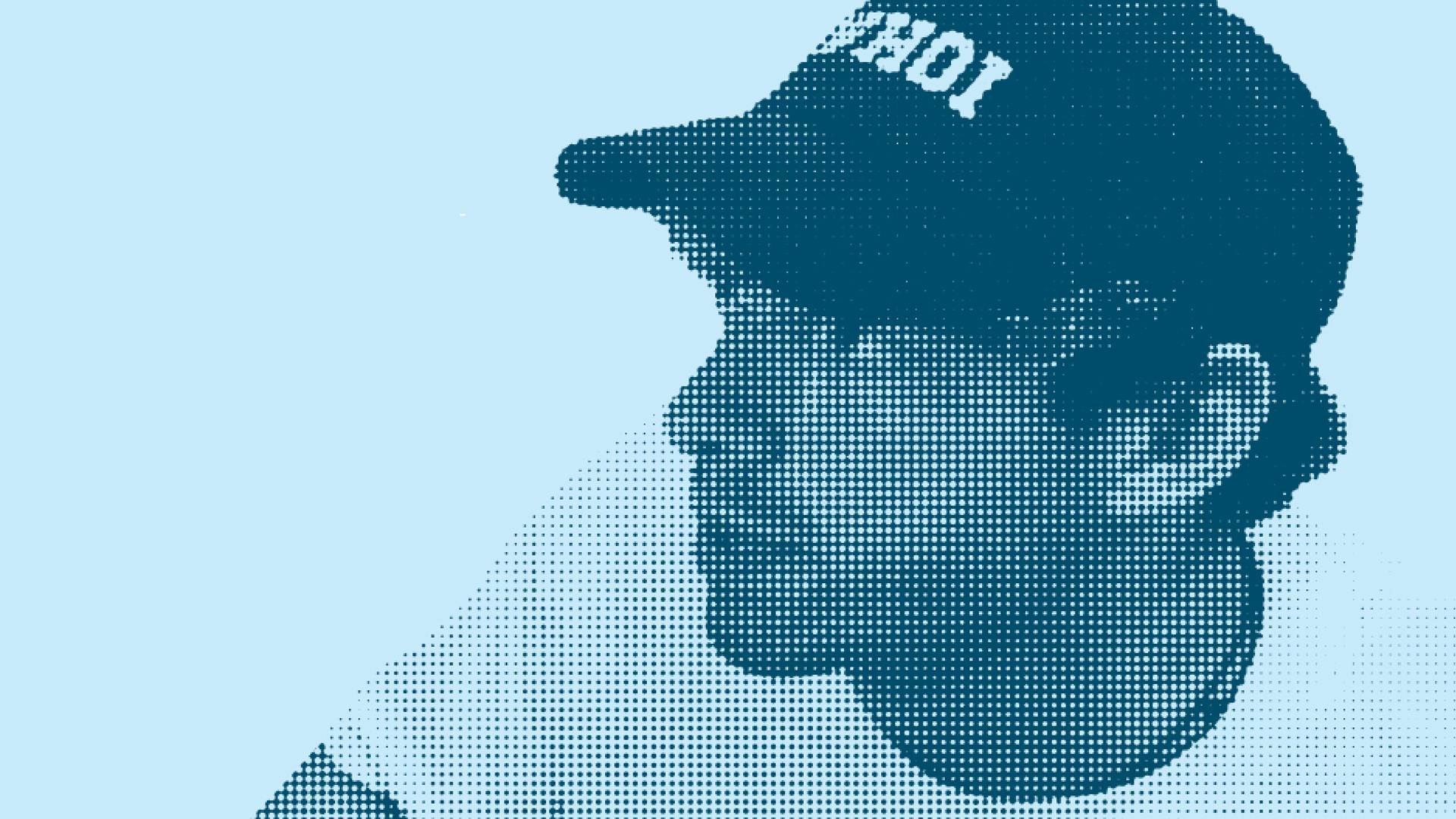 Eric Montie is a research associate specializing in marine sensory biology at the University of South Florida’s College of Marine Science. In 2006 he completed his doctorate in biological oceanography in the MIT–Woods Hole Oceanographic Institution Joint Program in Oceanography (Cambridge, Massachusetts).

Montie was the lead author of a study published in the August-September 2009 issue of the journal Environmental Pollution. The study outlined his team’s findings with regard to chemical pollutants such as DDT found in the brains of stranded marine mammals. He spoke with Vision contributor Lindsay Keefer regarding the research and its implications.

LK How did you stumble on the study of neuro-ecotoxicology?

EM About 15 years ago I became interested in how marine mammals (particularly dolphins and seals) accumulate very high levels of persistent organic pollutants such as DDT and polychlorinated biphenyls [PCBs]—and now flame retardants. I also became interested in how these chemicals are transferred to the young through milk and how this may affect the way the brain develops.

LK How do you go about this kind of study?

EM At Woods Hole Oceanographic Institution [WHOI], we collaborated with the Cape Cod Stranding Network, which responds to marine mammal strandings in Cape Cod, Massachusetts. In some cases, the animals have to be euthanized because they’re not healthy. At that time, their tissues become readily accessible to scientists with a permit and can be used for scientific research. So I started a “brain bank” for marine mammals.

I was trying to develop a method to look at the brain, as well as determine the types and levels of contaminants present there. An animal would be euthanized, and we’d take it to an MRI facility to capture images of the brain. Then we would dissect the brain and collect cerebrospinal fluid [CSF] and cerebellum gray matter for chemical analysis. We performed the wet chemistry in Dr. Chris Reddy’s lab at WHOI and then sent the fractions [the individual portions] to Canada for analysis on a GC–MS [Gas Chromatography–Mass Spectrometer]. That’s it in a nutshell.

LK And did you find some level of these contaminants?

EM Yes, we saw detectable levels of PCBs, major organochlorine pesticides such as DDT and its metabolite DDE, and also the common flame retardant congeners that make up a class of polybrominated diphenyl ethers, or PBDEs.

We found that the chemicals accumulate more in the cerebellum gray matter than in the cerebrospinal fluid—except for one class of chemicals, the hydroxylated metabolites of PCB, which were more present in the CSF. In the case of the gray seal, the levels were in the parts-per-million, which is very high. You rarely find concentrations that high in a stranded marine mammal.

LK How does that kind of contaminant get there, and why does it settle in a certain part of the brain rather than another?

EM That’s a great question. These hydroxylated PCBs [OH-PCBs] actually look very similar to thyroid hormone, a major hormone in vertebrates. It’s been shown in rat studies that OH-PCBs have a high affinity for transthyretin, a thyroid hormone carrier protein. In mammals, this protein is produced in the liver and the choroid plexus of the brain. In the liver it’s secreted into the plasma of the blood, and in the choroid plexus it’s secreted into the cerebrospinal fluid. So, we speculate that the hydroxylated PCBs are accumulating in the CSF largely because of that affinity.

LK Many of these contaminants were banned in the 1970s, so how is it that we’re still finding them? Is it because this generation of animals got it from their mother’s milk?

EM PCBs and DDT were banned in the ’70s, but they are found ubiquitously in the marine environment. The chemicals are persistent (don’t break down). These animals accumulate them at very high levels because they are apex predators. The chemicals accumulate in the fatty blubber layer and can be passed from one generation to the next, through the milk.

LK Recent press reports noted that scientific evidence exists on how these chemicals may affect neurodevelopment in rats and suggested a similar link in stranded sea mammals. Have we seen actual side effects in sea mammals?

EM Our paper did not by any means link these contaminants to strandings. We have no idea whether or not chemicals like these actually cause strandings or hearing deficits or brain defects in these animals. We know to a certain extent that they can affect the thyroid hormone system, although that data is still a bit iffy. And we know to a certain extent that it may affect their immune response and also reproduction. But we are really still in the infancy of trying to figure out what these chemicals do to the central nervous system of these animals.

“Our paper did not by any means link these contaminants to strandings. We have no idea whether or not chemicals like these actually cause strandings or hearing deficits or brain defects in these animals.”

That’s why part of the work that I’m doing now is actually with rats. We’re in the process of exposing rats to compounds that interfere with the thyroid hormone system. Then we image the brain using a really high-end MRI magnet. We’re hoping to show that disruption of the thyroid hormone system, or exposure to such-and-such environmental chemical during pregnancy and lactation, leads to abnormalities or defects in the brain that are observable by MRI. Then we can look for those pathologies in the brains of marine mammals and correlate to the concentrations of environmental pollutants in their tissues. That’s the goal.

LK Do you have any idea what you’re likely to find?

EM I don’t know. When you expose a pregnant rat to PCBs, there are severe neurological defects in the pups. Their hippocampus, a region of the brain that’s involved in spatial memory, doesn’t work very well. Their cerebellum doesn’t work very well, meaning that they’re not as quick, they don’t have as much dexterity, and they’re deaf.

But how does that translate to marine mammals? The thyroid hormone system and the toxicology are different between rats and dolphins. You have to do investigations with wild animals, and it’s difficult to determine relationships because of normal variability in the population. So we’re trying to work with groups that are doing research on animals that are very contaminated and assess how the nervous system functions—for example, through hearing tests.

LK If you do find a problem, what can you do about it?

EM Well, I don’t know if there’s anything to do about it, but first and foremost is not to repeat our mistakes with a different chemical.

I can give you examples of that. Right now, our society uses flame retardants excessively in ways that we shouldn’t, like in baby clothes and sofas.

Another example is triclosan, which is a bactericide found in many soaps. It’s getting into waste water, which then ends up in estuaries and bays. It has been shown to affect the thyroid hormone system in rats. So here’s a chemical that’s used by many households and most hospitals because we fear bugs, but is that really necessary?

LK Have there been studies similar to yours in other places?

LK You’ve said that we’re a chemically dependent society. Do you think we’ve come a long way since Rachel Carson’s Silent Spring, or are we still going in the wrong direction?

EM Well, you know, it’s complicated. As an example, we use computers. Nowadays they have these huge processors, and you have to make sure they don’t catch on fire, so you use flame retardant in the circuit board.

From the standpoint of overtly dumping chemicals in the environment, I think we’ve come a long way. I grew up on the shoreline of Connecticut, and I remember my mom and dad telling me about the Connecticut River and how, 40 years ago, it was a cesspool. Now it’s a beautiful river. So I think we’ve probably come light years. I think the population is much better at dealing with hazardous waste and so on.

With regard to pesticides, I’m not sure. I still think we’re a pesticide-dependent society. I mean, what can we do in order to feed all the people on this earth? We need to have fresh food supplies, and pesticides allow that to happen—although I’m not at all an expert in the area of using pesticides and whether or not there are alternatives.

I think maybe we’re heading into a period of a lot of non-point-source pollution, where chemicals are going on the market and we’re really not sure what they do, but they may have a harmful effect. Bisphenol A is a perfect example of that—a chemical in plastics that may affect the way the brain develops. Like in anything, we need to have checks and balances, and scientists like me and all my colleagues, we’re sort of environmental watchdogs. We’re going to go out there and measure these chemicals in wildlife. We’re going to see whether they’re there, and if they are, we’re going to see if they have negative effects.

“I think maybe we’re heading into a period of a lot of non-point-source pollution, where chemicals are going on the market and we’re really not sure what they do, but they may have a harmful effect.”

LK So where do we go from here?

EM It would be nice if our society became less chemically dependent and made more efforts to use green chemicals. So, when you’re at the supermarket, buy organic; buy green chemicals. Try to find the organic way of ridding your yard of fire ants. The more demand we put on big companies to be green, the more green they’ll become.

And truthfully, we should follow the three r’s: reduce, reuse and recycle. You’d be surprised what that does to the overall chemical burden in our marine environment.

And one last thing we should always ask ourselves: Do we even need to use the chemical in the first place?