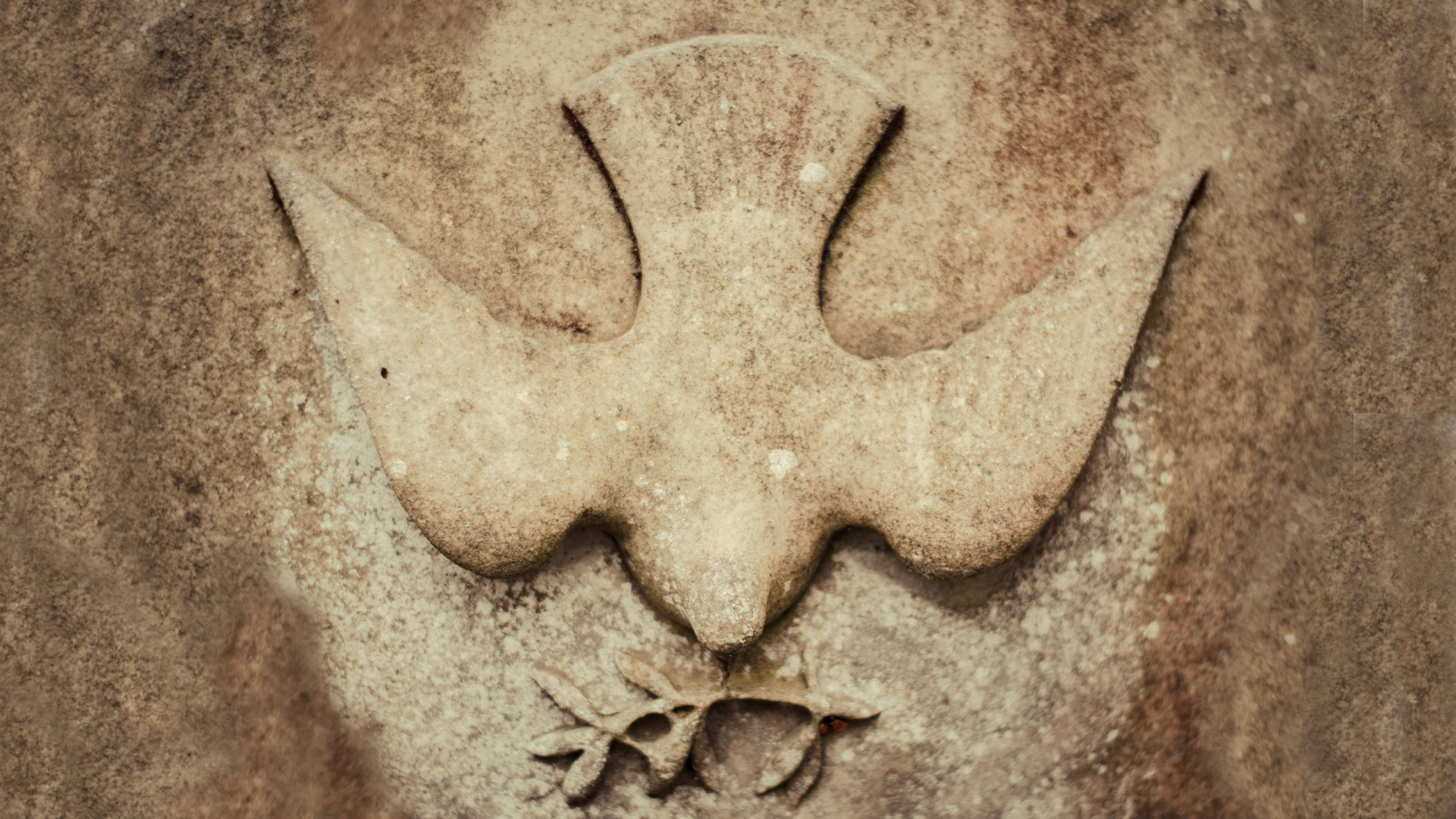 Uri Savir sat across from Abu Ala, Speaker of the Palestinian Legislative Council, at the pivotal Oslo peace talks in 1993. Now these two veteran negotiators discuss Jerusalem’s future with Vision publisher David Hulme.

Savir is a member of the Knesset and director of the Peres Center for Peace. He was the chief Israeli negotiator at the Oslo peace talks.

DH Would you say that Jerusalem forms an essential part of the Israeli identity?

DH Is security an issue with respect to Jerusalem?

US I think security has to be dealt with in various parameters. I am a strong believer, as somebody who was in the Oslo process from day one, that our security with the Palestinians, all along, is a function of the quality of relations. I believe we have to separate politically. There will be two states, and these two states need a good relationship. They need to cooperate on security. We need our flexibility; we need to prevent an Arab army west of the Jordan River. But by and large, it is not that much of a territorial issue. Jerusalem has its importance mainly as an identity issue, a religious issue, an issue that is really related to our very being.

DH In your book you mentioned that just before you went to Oslo the first time, Shimon Peres said to you, “Above all, the Palestinians must agree that Jerusalem will not be included in any autonomy arrangement; otherwise, further progress will be impossible.” Why did you take that position at the time?

US We had no relationship with the PLO. We wanted to move incrementally. It was difficult enough to start negotiations with the PLO, given their record in our eyes. It was difficult enough to start to speak about the solution to very complicated problems. The idea of having the PLO move from Tunis to Gaza at the time was revolutionary. If anybody had put the total end game, where everything comes together—i.e., the issue of Jerusalem—on the table right in the beginning, it would have meant the end of the process right then. And Arafat did something in Oslo at the time that was very smart. He said Jerusalem would be outside the framework of autonomy. But in the Washington talks—those he did not want to succeed, because the PLO was not there—he put Jerusalem very strongly on the table, signaling that if you want progress, it’s with the PLO in Oslo.

DH Could the Temple Mount become extraterritorial, with the Palestinian flag flying above it?

US Believe me, Israelis and Palestinians have very strong emotions—very strong and clear views. When you get them together, they have a great ability for being creative. What kind of creativity can be played out? I think it is a mistake now to come up with ideas. Let the negotiators do it. But they cannot look at Jerusalem alone. There are very important issues: for the Palestinians, maybe first and foremost the refugee issue; for us, the security areas and the issue of a Palestinian state. I would look at all these issues as a whole. I must tell you that personally—while I’m very flexible on the issue of a Palestinian state, I may be flexible on the issue of deployment of settlements, I may have a compassion for the issue of refugees (although never for their return to sovereign Israel)—on Jerusalem, I’m a hard-liner. I don’t think the city really can or should be divided. Given that position, and knowing that this is a hard bullet for the Palestinians to bite, I’m sure there are some creative solutions that may make Palestinian or even Arab flexibility possible on the issue of the status of religious sites, but I don’t agree that we will have to negotiate it.

DH Is this where policies of deliberate ambiguity come in?

DH It took about 18 months to write the Wye accords. How long would it take to deal with the Jerusalem issue?

US You know, Chairman Arafat tends to say, “When there is a will, there is a way.” With the Wye accords, it was not an agreement. It was just the implementation clause of an existing agreement. Oslo II—the interim agreement—is one of the most complex agreements ever on the West Bank. Four hundred ten pages, 300 negotiators—it took us six to nine months. This time it is more about decisions—on fewer issues. It’s a matter of political will. It’s also a matter of each side’s identity, because ultimately both Palestinians and Israelis have to understand the following: We need peace not just for the sake of having peace. A peace-willing, peace-loving society in Israel will be a better Israel—will give us the motivation to be the kind of society we are, and more. A peace-loving Palestinian society, now that they are beginning their nation-building process, developing their own identity, developing their own self-reliance, will create a more open society, a more democratic society, a more open-minded society. So peace is not just something you do to avoid war, or for the other side, or for relationships. Peace pertains very much, in the history of young nations, to who you are, and therefore there’s a strong self-interest. In this huge clash between Palestinians and Israelis here in the Holy Land over a hundred years, at the end of the day we come to the conclusion that we are each other’s solution, both in terms of our relations and in terms of who we are. And the big opportunity, although it’s also a big danger, is to resolve all these issues, including the issue of Jerusalem. The Palestinians have a lot to gain from an agreement where they would have a state—a place under the sun for the first time in history—and I believe they will also have to have a good look at Israeli history when it comes to the issue of Jerusalem.

DH Is the Israeli identity undergoing a fundamental shift at this point?

US It’s been a very dynamic process in the last 51 years, with lots of ups and downs—by and large, if I look 50 years back, a tremendous success story. It’s really a melting pot of people from over a hundred countries. Different languages, different cultures, the integration of refugees in the ’50s, the integration of Russian Jewry—one million just in the last few years. So we have serious issues to work out. We need, I believe, in this country—as you have in the States—a constitution. But the key, the one thing, we don’t have. While we have a thriving economy, we have a great youth, we have a great democracy—we’ve really made it—one thing is lacking: peace and permanent borders. And that is today’s challenge.

DH Have you changed your views about peace in the region over the years?

US Yes, I think I’ve become more focused on the issues. I think I was always a peace ideologue, if you will. I once spoke to Abu Ala and we tried to define whether that is a curse or a blessing. It’s both, because it haunts you, but you continue to pursue it. And there’s still a fairly long way to travel. I think that by knowing your neighbors better, your adversaries better, you also learn something about yourself. In conflict, it is very important to know the details. In peace, it is very important to understand human beings. There is something in there, for those who are involved, where you understand the other side much better. But to some degree it reflects on you; you also begin to understand yourself a little better. This is an ongoing process and this is what Abu Ala then concludes in that discussion. It’s a curse-blessing that will never leave us.

DH What is your preferred solution to the Jerusalem question?

US I can assure you, the solution that will come up for Jerusalem will not look like any existing solution. Secondly, it’s not only a matter of negotiations. There is also an international and an inter-Arab scene. Where do we stand with Syria? Where do we stand with the other Arab forces? Where does the United States stand? Ultimately, I believe in a united Jerusalem. I believe it can be only the capital of Israel, but I believe that in relation to Jerusalem, there can be other solutions for the Palestinians. And I believe that in relation to the holy places and their importance for the three religions, there are many solutions involved, ultimately bringing a fairly complex package to the point where it’s politically more clear and religiously more open.

DH How do you negotiate away an ideological impasse?

US By linking it to other issues. First of all, between us and the Palestinians everything is ideological; everything is identity; everything is life and death. Feelings run very high. At the end of the day, it’s peace that is the strongest ideology. And it’s that view of a common goal that allows you to have crises in negotiations that can be overcome. If you don’t have the common goal of peace—based on equality and mutual respect, mind you—then every small crisis, as we had in the Netanyahu days, is an earthquake.

DH Are you optimistic about the resolution of the Jerusalem question?