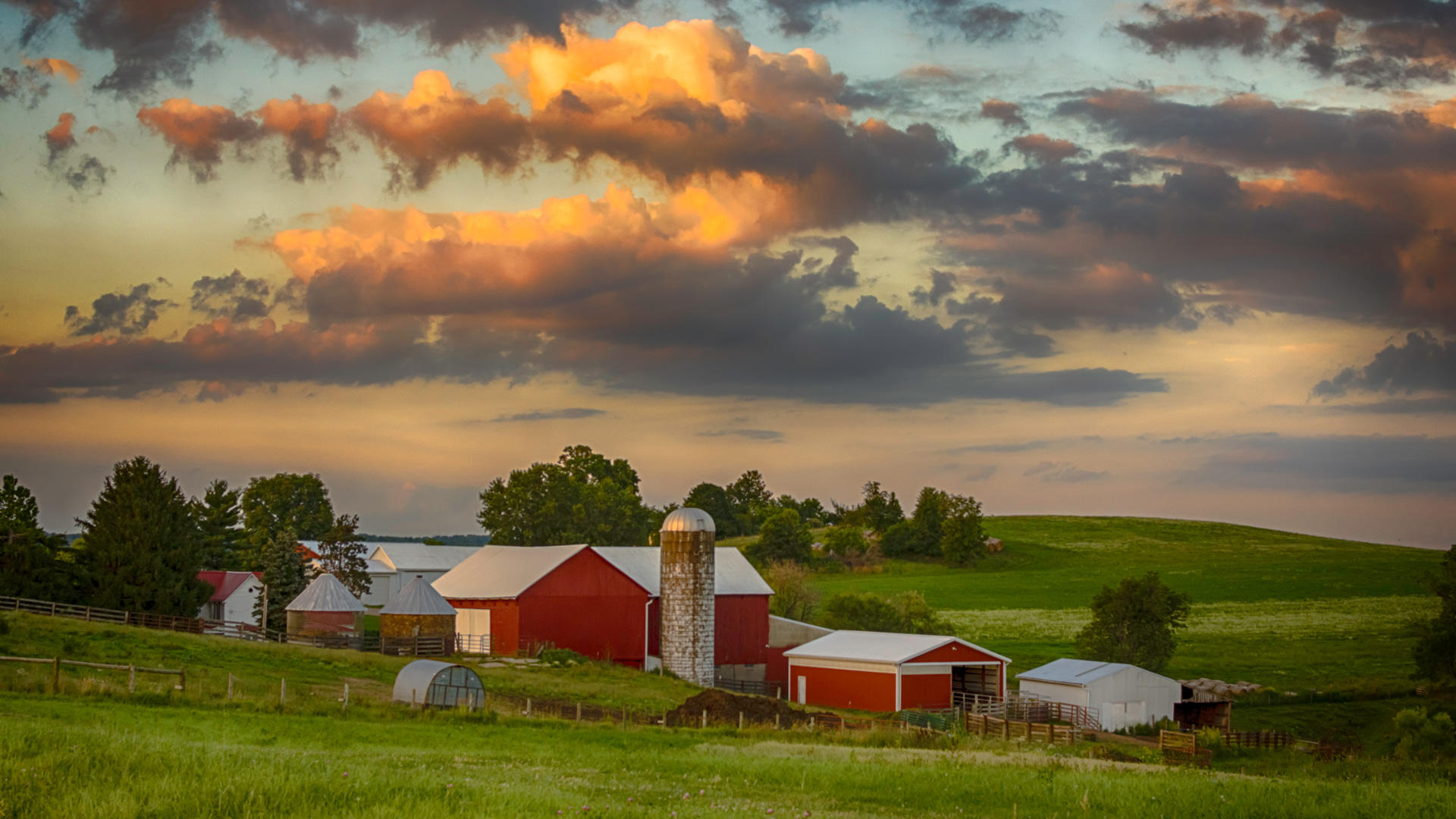 The family farm is all but disappearing from the American landscape, and with it a unique and vital breed: the independent farmer.

Victor Davis Hanson is professor of classics at the Fresno campus of California State University. Author of several books including Fields Without Dreams (1996), The Land Was Everything (2000) and, most recently, Carnage and Culture: Landmark Battles in the Rise of Western Power (2001), he also contributes to the New York Times and the Wall Street Journal and produces a regular column for National Review Online. Perhaps even more significantly, he is a farmer.

To find out more about the dilemmas America’s farmers face, Vision contributor Dan Cloer interviewed Hanson, who lives on the family farm where he was born in California’s productive San Joaquin Valley. Here is a portion of that interview.

DC What is the “agrarian ethic,” as you call it, that is disappearing with the loss of the family farm?

VH If you don’t have family farmers, you lose this large segment of your society that works with nature, is autonomous, and combines physical and mental power. You lose men and women who have to depend on themselves, who lose crops right before harvest, who are tragically heroic and do not readily embrace therapy, who believe in a shame culture, are rooted in the same place, do not move, and live where they work. All of these criteria tend to make a certain kind of individual—one that I think is very valuable for a democracy. That means each farm in the checkerboard of farms we see in the countryside doesn’t just represent food; it represents an elaborate sort of nursery for a particular kind of citizen.

DC You also say that farming is an opportunity to learn “humility and measure.” What do you mean?

VH I think physical challenge is important. Modern man, because of technology and suburbanism, feels that he can control the environment or that he knows what nature does not. He has forgotten that he is a human, natural, physical organism subject to fate, tragedy and sickness. Farming reminds you that life is precious and that nature is a very dangerous thing. Whether it’s fair or not, there’s always the assumption that you (the farmer) are responsible for everything—even the things that you are in fact not responsible for. The dereliction of responsibility is endemic in our society: blame somebody else; blame everybody but yourself. I see it as a national problem that seems to reflect our move away from physical work and the farm.

DC You also have much to say about stewardship. You speak of the farmer warring with nature—all the forces that are attacking and all the ways he has to attack back. But because the farmer has to deliver, he just does what he has to do. Is that right?

VH First of all, people have to realize that farming is not a natural process. You take one species, say a Santa Rosa plum tree, and you put 121 of them in an acre. That’s not a natural grove. So you’ve increased nature’s target for attack: this orchard is a big lunch for worms, blackbirds or squirrels. The farmer has tried to take nature, use a culture, and create something. Because people need to eat, the farmer has to look at every possible threat to increased production—viruses, fungi, insects, rodents, people, birds. So he has to use his tools.

But there’s never a perfect solution. If he has to cultivate, he can use Roundup for noxious weeds, but environmentalists will tell him that the salts alter the pH of the soil and are potentially dangerous. So if he wants to use something that will just kill the weeds above the earth but not be systemic, he can use paraquat, which is a deadly chemical. So then he says, “Well, maybe I’d better not do this; maybe I’d better just cultivate.” But hand labor is very expensive, and then he is exploiting the back of the person who has no bachelor’s degree. People become upset about that. Every solution is going to alter or change something. The farmer knows that, because he knows that producing food is not altogether natural. The consumer doesn’t.

You do that by genetically breeding apples that are a little bit harder, don’t bruise, and are a little bit shinier. Nature is not forgiving, however, so it’s also going to be a bit less juicy and a bit less tasty. Then you’re going to have to dip it in some type of fungicide before you ship it 3,000 miles. In addition, to produce the apple at prices you need in order to survive, you might have to use a chemical so it falls off earlier and is far cheaper to pick. And suddenly it is no longer a natural apple.

I think the consumer has this idea that the world’s cornucopia is right next door to his house. But if he wants these foods daily, we have to do some things that are not normal. And yet consumers may turn around and say, “You’re using chemicals!” or “This new species of tomato is hard!” But if you give them the alternative of an old-fashioned Elberta peach—it’s delicious and juicy, but by the time it gets to Florida it will have six or seven thumbprints on it and half a dozen flies around it—they’ll say, “I can’t eat that!” You’ll say, “It’s delicious; it’s juicy.” And they’ll reply, “But it looks bad.”

It’s funny about the American consumer. They’ve created agribusiness with their limitless appetites and constantly changing demands. I don’t mind that, as long as consumers recognize that all this might require more cost or more chemicals. But the savings are all theirs and the costs are all ours. The sad thing is that we as a society will pay an exorbitant amount for oil, gasoline, electricity, natural gas, propane—almost everything except food. Food is cheaper than it’s ever been in the history of the planet. We’ve got the lowest farm returns, and yet the pressures on farmers, their costs and long-term debt, keep increasing.

Apparently someone’s still farming, but it’s no longer real family farmers. Agribusiness is scary because it works, not because it fails. It’s very efficient for bringing hard fruit, for example, across the continent. Farmers can’t do that. Only agribusiness can satisfy consumer demand through shipping and marketing and processing.

DC The title of your book is The Land Was Everything. Is the land still everything?

VH No, not for a long time. It’s nothing now. To agribusiness the land is just nothing. Nobody cares about your grandfather or your father who settled it. Land is just a commodity.

This is the wealthiest ag land in the world. No other place is so blessed. But now we can hardly get rid of it fast enough. I just saw, in a nearby town, developments called Peach Estates and Vineyard Estates. They just tear land out and call the houses by whatever crop they tore out. People want to live there, right next to a peach orchard, but when that one gets torn out and called Orchard Knolls, they resent the sprawl.