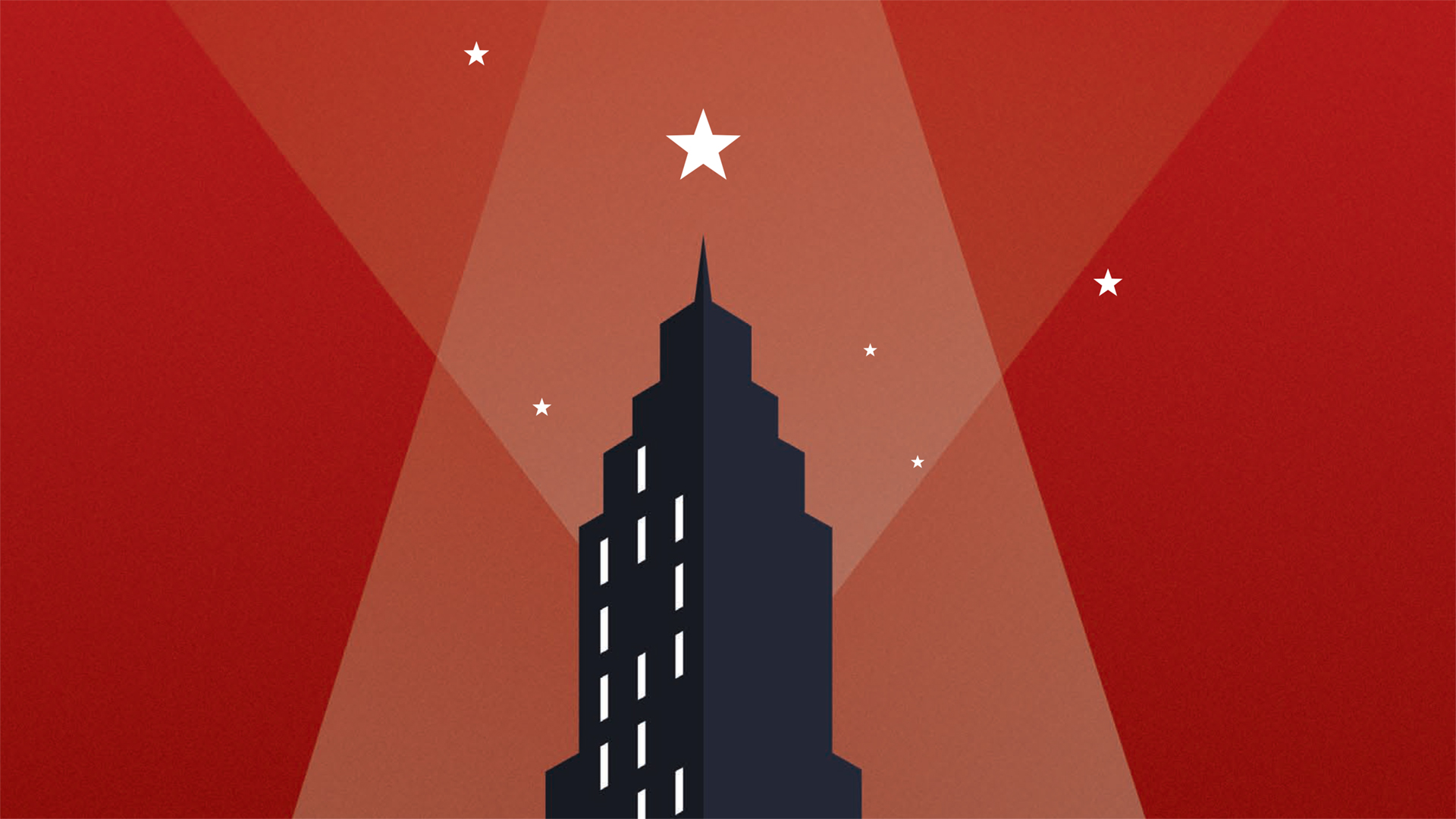 For those with money, the 1920s was also a time of release and relief following the Great War. The benefits of the Industrial Revolution were in full flow and, with the advent of the motor vehicle and airplane, the world seemed suddenly smaller. Writers and artists as diverse as Gertrude Stein, Pablo Picasso and James Joyce used their prosperity to travel, becoming long-term tourists in the great cultural centers of Europe and living lives of self-sovereignty and exploration. It was, in Fitzgerald’s words, “a whole race going hedonistic, deciding on pleasure.”

Fitzgerald’s writings were not, perhaps surprisingly, a celebration of the time. Indeed, his famous final line from The Great Gatsby—“So we beat on, boats against the current, borne back ceaselessly into the past”—speaks less of mirth and optimism than of vanity and futility. It even more recalls the sobriety of the book of Ecclesiastes, where King Solomon wrote, “One generation passes away, and another generation comes; but the earth abides forever” (Ecclesiastes 1:4).

Solomon’s wisdom seemed much on the minds of writers of the time. Both Ernest Hemingway’s great novel of the Twenties, The Sun Also Rises, and Edith Wharton’s earlier satire of high society, The House of Mirth, take their titles from the biblical book. Fitzgerald himself, in his retrospective of the Jazz Age, partly aligns the spirit of the time with the oft-misquoted idea of “eat, drink, and be merry” (Ecclesiastes 8:15). Their identification with Solomon’s wisdom is not surprising, as Ecclesiastes is in many ways an exploration of what taking pleasure in life means.

In Fitzgerald’s best-known novel, Jay Gatsby amasses a fortune (like Solomon, who according to Ecclesiastes 2:4–9 also gathered for himself great treasure and possessions) through means so mysterious that he becomes the talk of New York society. A proponent of the American Dream, he has made his own success yet remains visibly unsatisfied, hosting the grandest parties in New York despite barely enjoying them. His is a life of vanity, without doubt. He seeks to rekindle a long-ago love with Daisy Buchanan (who has since married) with a sort of woolly nostalgia that has, we feel sure, no future.

Gatsby’s difficulties mirrored those of his real-life contemporaries. The latter end of the Twenties was the beginning of a descent into “the dark maw of violence,” as Fitzgerald put it: “But by that time we were all pretty well committed; and the Jazz Age continued; we would all have one more.”

The novels of Fitzgerald, among others, warned that the age of vanity could not last, even while the writers enjoyed its benefits. Fitzgerald wrote that it “leaped to a spectacular death” with the Wall Street Crash of 1929 and the ensuing Great Depression.

“Whatever my eyes desired I did not keep from them. I did not withhold my heart from any pleasure. . . . And indeed all was vanity and grasping for the wind.”

The Twenties was not an age peculiar to itself. There have been periods of untrammeled prosperity both before and since. Most recently we witnessed a time of excess that ended brutally in a financial crisis often compared to 1929. Its implosion exposed stories of immoderation similar to that of Fitzgerald’s time, notably in the finance industry, which lavished enormous year-end bonuses in absurd demonstrations of profligacy. It could not last, and inexorably that abandon swiftly turned to austerity for many. Pleasure, in Solomon’s words, turned out to be “vanity and grasping for the wind” (Ecclesiastes 2:10–11).

But are these warnings only for the wealthy? Solomon actually spoke more generally, of the evils of a world that has been given over to corruption and temporality (see Genesis 3:16–19). He wrote to rich and poor alike. We all live and can take nothing of what we accumulate to our graves.

Decades after his death we still read and enjoy Fitzgerald, but in centuries to come even The Great Gatsby may seem as relevant as the many thousands of novels that have fallen from memory (as Solomon also said, “Of making many books there is no end”). Ecclesiastes offers solace and a practical solution to what often seems a futile and unfair world. Though in this life all we have and hold is temporal and apt to decay, there remain things of value: among them knowledge, understanding, wisdom, and right attitudes toward and relationships with the world and our Creator. It is through these that good and incorruptible character, embedded in the “spirit” that Solomon spoke of in Ecclesiastes 3:21 and 12:7, is formed. Life is, in this light, a sort of training ground.

It might be interesting to consider, to paraphrase Solomon, how much profit we attain in our labor under the sun. For instance, we spend a great deal of time in activities that have little or no lasting value. Every day we brush our teeth, eat food, and comb or shave hair only to repeat the same actions a few hours later. For most of us the weeks pass in blurry similitude. We work, we earn money, we spend money. Repeat. And yet what good we learn in the process of doing these transitory tasks may stay with us and accumulate; and that may be what Solomon meant when he wrote that “the day of death [is better] than the day of one’s birth” (Ecclesiastes 7:1).

In recent years society has embraced a series of less elemental pursuits that are designed primarily for pleasure: television, spectator sports, online gaming, social networking. People devote many hours to them. Some of this, no doubt, is a way of seeking mental rest; and rest is necessary, especially in a world that seems increasingly cluttered (though one might wonder about the wisdom of seeking it in additional activity). But at some point in its extension it becomes time wasted; we follow Fitzgerald in all having “one more”—one more click, one more try. And so a balance must be found.

Though he demonstrated at length the ultimate worthlessness of much of life, Solomon did not by consequence (as is often wrongly concluded) advise a life of apathy or hedonism. He would not, to speak imaginatively, wear a t-shirt that read “You Only Live Once.” Instead he wrote of using time productively: “Whatever your hand finds to do, do it with your might; for there is no work or device or knowledge or wisdom in the grave where you are going. . . . Remember now your Creator in the days of your youth, before the difficult days come” (Ecclesiastes 9:10; 12:1). His words anticipate the apostle Paul’s later advice to “walk circumspectly, . . . redeeming the time, because the days are evil” (Ephesians 5:15–16). Truly, every moment is the right time to examine how well we are using it.

Ecclesiastes is a powerful and subtle explication of what it means to live a life that corrupts, but Solomon’s essential message is, perhaps surprisingly, a progressive and hopeful one. There is undoubtedly very little in this life that we can count on to last—hence, “all is vanity”—but that does not mean that nothing of value can be taken from it. Though he had greater wisdom than all who came before him (Ecclesiastes 1:16), Solomon ultimately deferred to his Creator, concluding that in everything we ought to consult Scripture for comfort and direction (Ecclesiastes 12:9–11). What he recommended is what so few have ever tried: those principles outlined in the Bible to make this life a little more bearable. The wise king summarized (verse 13): “Let us hear the conclusion of the whole matter: Fear God and keep His commandments, for this is man’s all.”