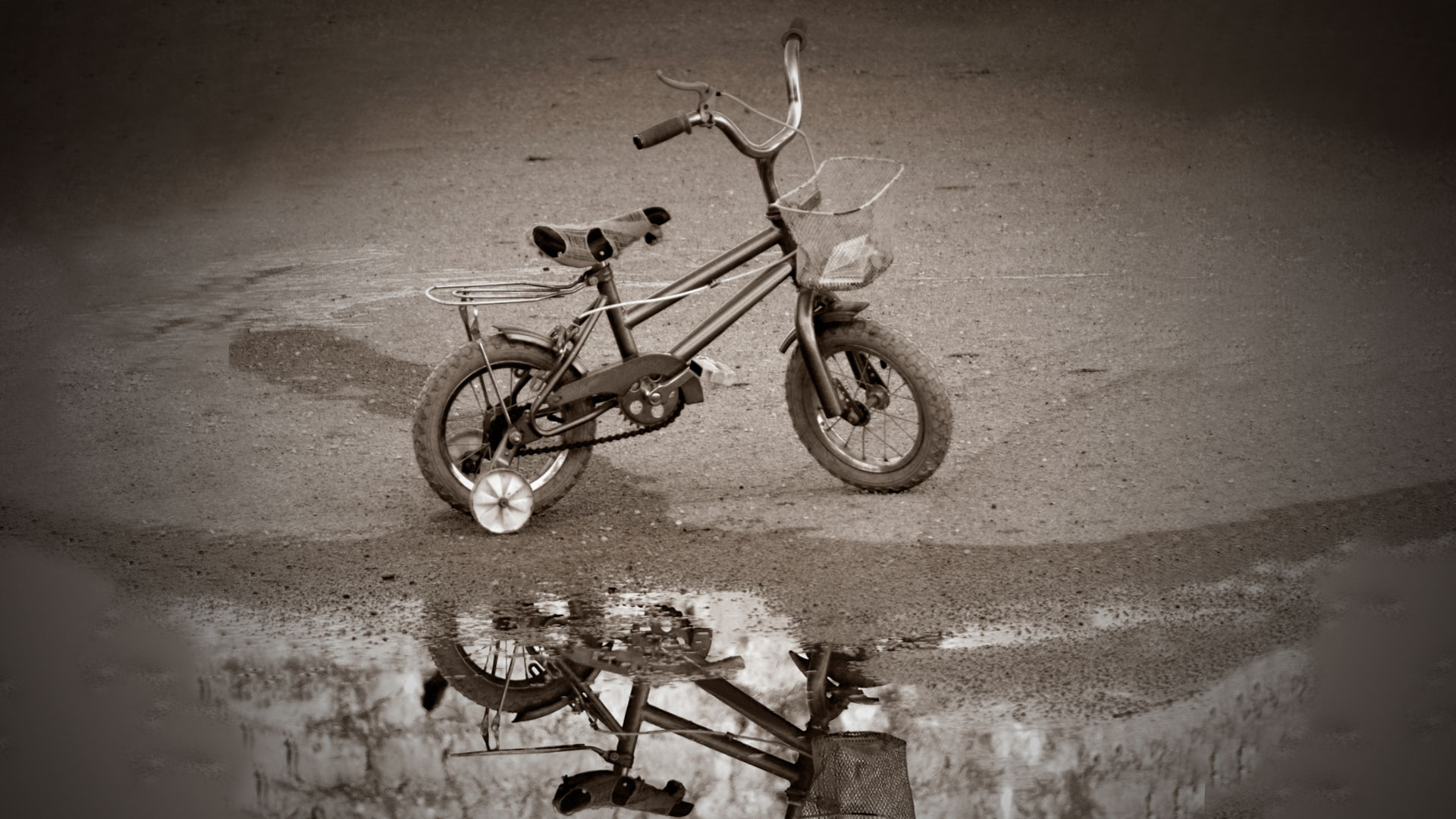 Helicopter parents may have been so busy hovering over their offspring that they missed the memo: a 2008 report from the National Marriage Project at Rutgers University forecasts that “American society is changing in ways that make children less central to our common lives, shared goals and public commitments.”

The report’s title, “Life Without Children: The Social Retreat From Children and How It Is Changing America,” does not imply that Americans have become anti-child or have stopped having babies. The birth rate in the United States “remains at replacement level, well above the declining rates” of many European and Asian nations. The authors, social historian Barbara Dafoe Whitehead and sociologist David Popenoe, do point out, however, that the American adult’s life experience is changing dramatically and is less likely to include children.

Similar concerns are being expressed in Britain. In September 2006, an independent inquiry was commissioned by the Children’s Society, a prominent U.K. charity, “to renew society’s understanding of modern childhood” and “to inform, improve and inspire” parent-child relationships. The study, which culminated in the February 2009 release of a book titled A Good Childhood: Searching for Values in a Competitive Age, echoes the findings of its American counterpart. “There can be no doubt that the childhood experienced by today’s children is significantly different from that of previous generations,” says the U.K. summary report. Citing fragmented families as one of the key factors that contribute to increased childhood distress, the researchers also suggested that individualist values have created a world for children where “many people are trying to make life better only for themselves and not for other people.” (See “Capitalism: Unknown Ideal?”.)

The U.K. team recommended several approaches to restoring a more family-centered community, among them noting that “as young people grow up [and before they start their own families] they should get proper education in parenting and relationship skills and child development.”

Though perhaps not everyone in the United States and the United Kingdom has accepted the nurturing of children as a societal norm, at least through much of the 20th century most would have viewed children and child care as a central part of adulthood, marriage and family life. Young adults, after completing school, would marry and have children in their early 20s. Twenty-five or so years later the nest would be empty. As mature adults with the most intense part of their parenting work behind them, they would look forward to some years of serenity in retirement.

“The way in which we view and value our children and young people is beset with contradictions and uncertainty.”

However, in 21st-century America and Britain, the expectations for the adult life experience are shaping up to be dramatically different: researchers in both nations have identified several key indicators signaling that child care occupies less of the average adult’s lifetime. Whitehead and Popenoe believe that the social implications are enormous.

Since the post–World War II baby boom, when American parents, community services and government agencies were consumed with the needs of families with young children, the number of households with children has dropped significantly. American households with minor children are no longer the demographic majority. Decades of decline in the ratio of child-rearing households has contributed to a lessening focus on child-rearing issues.

The American researchers attribute this decline to the fact that today’s couples express a yearning for companionship, intimacy and personal fulfillment in marriage. In order to thrive, these so-called soul-mate relationships require high levels of maintenance that demand both time and attention. Children, who also require considerable time and attention, can be seen as competitors.

“In recent decades,” say Whitehead and Popenoe, “marriage has been deinstitutionalized—that is, it has lost much of its influence as a social institution governing sex, procreation and parenthood. Legally, socially, and culturally, marriage is now defined primarily as a couple relationship dedicated to the fulfillment of each individual’s innermost needs and desires.”

“Most of the obstacles children face today are linked to the belief among adults that the prime duty of the individual is to make the most of their own life, rather than contribute to the good of others.”

Such redefining of marital expectations is weakening the link between marriage and parenthood. Traditional marriage, once widely recognized as society’s best setting to provide economic stability and emotional security for children, now competes with other socially acceptable options for bearing and caring for children.

Steady increases in births out of wedlock and in cohabitation and divorce rates have resulted in more fragmented families. Increasingly, lone adults bear the burden of caring for children, which means that fewer biological parents are living the majority of their adult years with their children. “Births to unwed women rose from 5.3 percent in 1960 to a record high of 38 percent in 2006,” says the Rutgers report. “More than half of all births to women under thirty are now outside of marriage.”

In this too, Britain’s Children’s Society echoes Whitehead and Popenoe. “Family structures are changing,” they note in their launch report. “Between 1972 and 2004 the proportion of children in the UK living in single-parent families more than tripled to 24 percent.”

Where Have All the Fathers Gone?

These same factors increase the likelihood of a biological father’s absence, and when men are missing from the parenting equation, it alters family dynamics and affects everyone.

While citing statistics that indicate nearly 80 percent of African-American children are born to single mothers, Whitehead and Popenoe caution that “father absence is not limited to one group. It is a commonplace feature in a society where marriage and parenthood are splitting apart.” In fact, say the researchers, “compared to children in mid-twentieth century America, the proportion of children living apart from their biological fathers has increased sharply, from 17 percent in 1960 to 34 percent in 2000.”

Another factor contributing to the shrinking share of time adults spend caring for children is that young adults are postponing childbearing to pursue college education and careers. Additionally, relationship instability and the resulting uncertainty about the future may discourage women from having children.

Today, says the Rutgers report, the median age for a woman’s first marriage has risen to about 26 from the 1970 median of about 21. Women who have achieved a four-year college degree or higher may not enter their first marriage until nearer to the age of 30.

Even when they do marry, says the report, “women are waiting longer before they have their first child. In 1970, 71 percent of married women had a first birth within the first three years of marriage. By 1990, the percentage had fallen to 37. Consequently, married women today spend a greater number of ‘child-free’ years before they become mothers.”

Furthermore, an increase in life expectancy means that a larger portion of one’s life span will be spent living in a household without children. The empty-nest years are expanding as life expectancy increases.

The resultant reality is that the span of both pre- and post-child-rearing years is widening for the average American adult. These child-free years are often portrayed in popular culture as years of fun and freedom, while the child-rearing years are increasingly seen as a temporary and transitional stage of adulthood, an interruption in the pursuit of personal fulfillment.

Are these sociological indicators just blips on the sociological screen? Or are nations like the United States and the United Kingdom witnessing the development of an entirely new kind of generation gap?

The Judeo-Christian ethic considers children a blessing from God (Psalm 127:3). But if these reports from either side of the Atlantic are to be taken at face value, children—once commonly accepted as contributing to an adult’s personal fulfillment—seem to be increasingly viewed as a potential hindrance to personal fulfillment. Are children becoming more of a burden to adults than a blessing?

“How is childhood viewed and valued today?” asks the U.K. Children’s Society report. As Whitehead and Popenoe explore the question, they can only conclude that 21st-century culture may be shifting “from a society of child-rearing families to a society of child-free adults.”