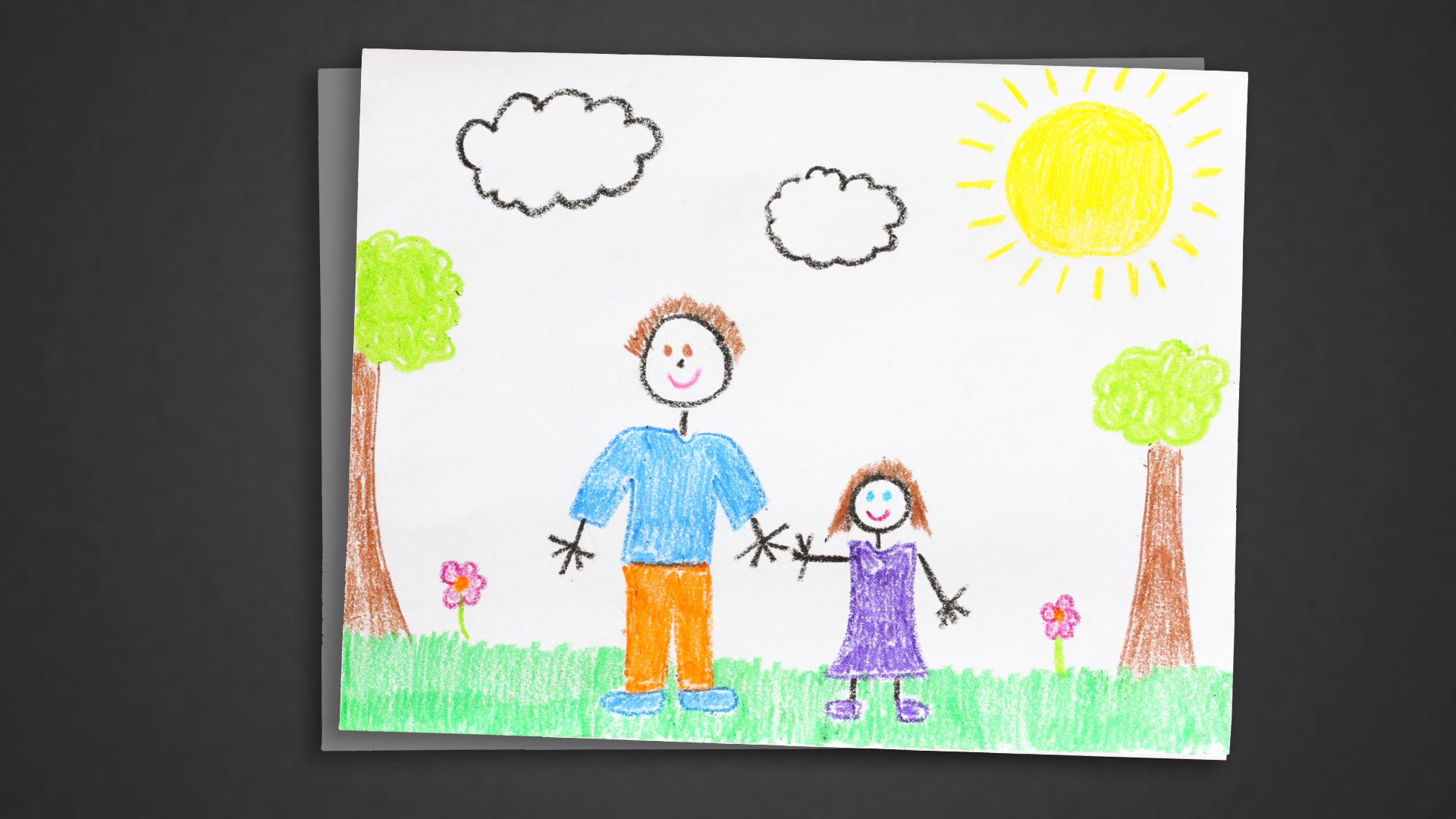 Are Fathers Necessary? Two years ago, columnist Maureen Dowd of the New York Times drew fire from a variety of people, men and women alike, with her controversial book asking Are Men Necessary? It’s a valid question. Are men important only for the purpose of procreation?

The anti-male consortium has its vocal supporters, and they waste no flattery on the masculine gender. Gloria Steinem once quipped, “A woman without a man is like a fish without a bicycle.” To some, men are little more than a nuisance to be tolerated. But why this negative view?

Certainly men have not always made a positive contribution to their collective reputation. Some back out of relationships and leave their partners physically, emotionally or financially beaten. Some are guilty of sexual harassment, job discrimination and other injustices. On the other hand, some women behave less than admirably as well. But no reasonable person would conclude that society would be better off without either men or women.

Because so many marital relationships are breaking down (a problem that can’t be blamed solely on either sex), increasing numbers of parents—usually women—find themselves raising children alone. When fathers, whether by divorce, separation or abandonment, give up their responsibility to love, support, teach and nurture their children, mothers have to step up and try to fulfill the roles of both male and female parent.

So let’s narrow the focus of Dowd’s original question and ask: Are fathers necessary?

Although humans are capable of amazing resilience in the face of difficulty, few would argue that single-parenting is ideal. An impressive body of research suggests that fathers and mothers make different though equally important contributions to the healthy development of children, and that neither parent is dispensable.

“Fathers are slowly beginning to increase the amount of time they spend caring for their children, and fathers today are more visibly involved with their children than were fathers of past generations.”

A February 2006 study by researchers at the University of Maryland’s Population Research Center found strong links between a father’s residence with his children and their well-being. While the authors expected to find that well-being was higher overall for children when their fathers lived with them, they seemed surprised when the evidence indicated it was higher still when the father was committed enough to be married to the children’s mother. According to the study’s conclusion, “the finding that children of unmarried biological parents experienced higher levels of behavioral problems than those of married biological parents was novel. The biological relationship between father and child is well-established in the literature as a basis for paternal investment and, therefore, child well-being; however, the finding that the legal relationship between the parents is also linked to child well-being is a relatively new and important discovery.”

The truth is that children need committed fathers as much as they need their mothers. Statistics consistently point out that children who grow up without their fathers are more likely to suffer from various social problems. Crime, drug abuse, abortion and school dropout rates are often directly related to father absence.

While it’s impossible to piece together a complete picture through statistics alone, the following indicate some correlation between absentee fathers and a variety of social problems:

“Our findings indicate that maternal perceptions . . . are related to father involvement. One path to changing fathers’ behavior may involve changing the way that mothers look at them. If mothers believe that fathers can and should be capable parents, they are more likely to allow fathers into the lives of their children.”

Clearly fathers play an important role in helping children become balanced, contributing citizens. But how can they fulfill this role effectively? Kyle Pruett, in his book Fatherneed, shows the effects of father care on a child’s development. After considering dozens of potential influences, such as social class, economic and marital circumstances, birth order, and gender of children, Pruett concludes that a father’s attitudes toward and behavioral sensitivity to the care of his children have a more positive influence on the child’s socio-emotional development than the total amount of time spent in interaction with the child.

But the child isn’t the only beneficiary of this interaction. Researchers such as Elizabeth Gould of Princeton University are discovering indications that fatherhood may increase the nerve connections in the region of a man’s brain that controls certain types of goal-oriented behavior, including planning and foresight, judgment, and the prediction of behavioral consequences. The bottom line? The closer the relationship between father and child, the better it is for both—now and in the future.

Building this interaction requires a strong commitment, however. A father must not only see spending time with his children as important, he must also see his role as critical to their well-being. While men easily see the value in pursuing education to help them in their vocations, rarely do they see the same value in improving their skills at fathering. Even if more men did value such skills, few programs are aimed at educating fathers in their family role, and those that do exist are not very successful.

This is a surprising gap, considering the attention that has been given to preparing men for other aspects of their lives. There are programs to encourage them toward a college education, programs for vocational training, teamwork seminars to improve corporate performance, and a host of other personal development options; but very few programs are dedicated to educating dads about the importance of their role as a parent.

What is the underlying problem? Why have men abdicated their responsibility in so many cases? There are those who believe the problem is masculinity itself. Because most crimes are committed by men, they conclude that men are by nature aggressive and untrustworthy.

Though some feminists have pegged males as naturally predatory and females as hapless victims, it is hard to believe that this is an accurate picture of the sexes. Most men and women are responsible and loving people who are capable of nurturing children, and most men share the desire to rear their children in a responsible way. Perhaps for many it isn’t a matter of not wanting to do the job but of not knowing how to do it. Education, in fact, may be the simple key to successful fathering.

The Bible has much to say on the subject of fathers and fatherhood. And despite the passage of time since this book was written, the advice it offers, when understood and applied properly, is still practical and practicable. In fact, the Creator of the universe describes Himself as a father. He is also defined as love: “So we have come to know and to believe the love that God has for us. God is love, and whoever abides in love abides in God, and God abides in him” (1 John 4:16).

But what is love? Another scripture provides a practical definition: “Love is patient and kind; love does not envy or boast; it is not arrogant or rude. It does not insist on its own way; it is not irritable or resentful; it does not rejoice at wrongdoing, but rejoices with the truth. Love bears all things, believes all things, hopes all things, endures all things. Love never ends” (1 Corinthians 13:4–8).

This describes action, not merely feeling. A father who employs these attributes cannot help but connect in a profound way with his children and propel them on their way to being responsible community citizens.

Unfortunately, many fathers are not sufficiently immersed in their children’s lives to employ these attributes, and as a result, both fathers and children miss out. There can be a variety of reasons for this distance. Some men are a product of parents who believed children were the sole responsibility of mothers. Others are simply too concerned with their own needs and wants to remember that others also need attention. However, those men who realize they are responsible for their children, and who invest the time it takes to connect with them, find their lives are greatly enriched by the experience.

Pruett makes several suggestions to help men develop a strong connection with their children. “What I mean by fathering is involved fathering,” he writes. “This is male behavior beyond insemination that promotes the well-being and healthy development of one’s child and family in active ways.” Then, with the caveat that “a list of behaviors can’t possibly encompass all important aspects of fathering,” he names a few of the “everyday characteristics” of an involved father:

Loving involvement requires more than words. A father must be plugged in to the daily operation of his family so he can clearly see his children’s needs. It is increasingly evident that fathers can’t sit on the sidelines and let mothers parent alone.

Are fathers necessary? Based on the statistics, the right type of father is in high demand. In fact, loving, engaged and committed fathers are perhaps more important than ever before.

In his book The Hurried Child, child psychologist David Elkind refers to the family as “a school of human relations in which children learn how to live within a society.” A committed and nurturing mother and a positive, actively involved father together form the backbone of a healthy family and the basis of a strong community.