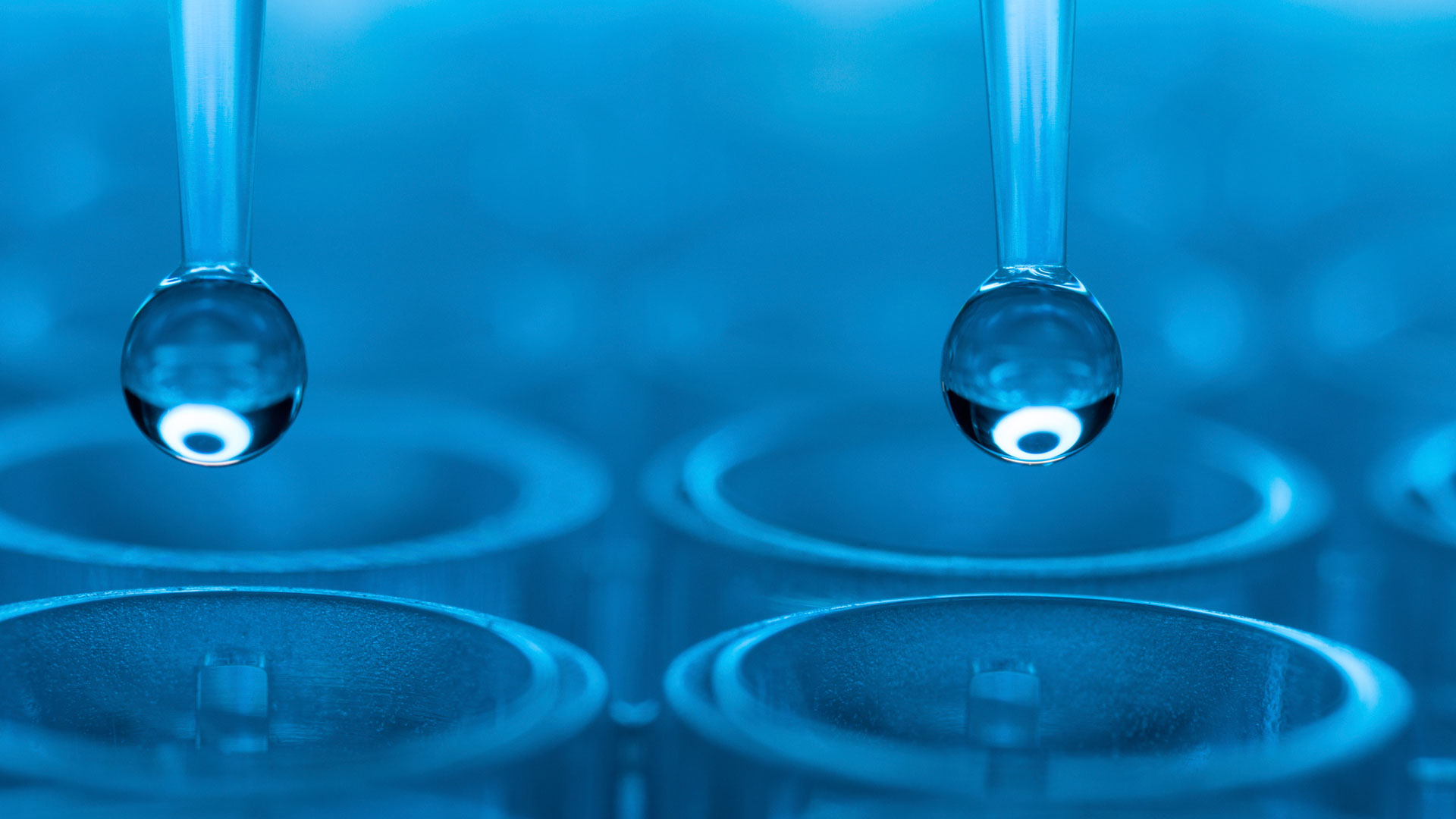 In the past few years, the promises of biotechnology—new knowledge of health and disease, and better diagnostics and treatments—have been driven ever closer to fruition by an unprecedented torrent of biological data flowing from research labs. One of the key technologies generating this critical new wealth of information is a small glass slide or silicon wafer called a gene expression microarray or, more colloquially, a DNA chip.

The microarray—which is coated with thousands of strands of synthetic DNA yet may measure only a few centimeters across—is designed to test biological samples for the presence of specific mutated genes. DNA chips can be used in the diagnosis of disease, as well as to help medical professionals determine whether patients carry genetic mutations for certain diseases. Already DNA chips have been developed to screen for genetic mutations linked to breast cancer, cystic fibrosis, heart disease and prostate cancer.

Researchers at California’s Stanford University and Santa Clara–based Affymetrix introduced the first DNA microarray to the scientific community in 1996. Affymetrix had bought a semiconductor manufacturing facility and polished the silicon used in computer chips, but instead of placing transistors on the chips it placed hybrid bits of DNA.

Affymetrix’s DNA chips are made by photolithography, the same technique used to make semiconductor chips. In this technique, light is used as a means of bringing energy to specific places on the silicon wafer, thereby directing the chemical etching of desired circuitry. The process uses a stencil-like mask that allows light to reach only very precise spots on a reactive surface. To make a DNA chip, strands of synthetic DNA are built up on the exact spots where the light hits the silicon wafer.

When Affymetrix built the first prototype of its DNA chip in 1994, it held 20,000 DNA strands (or probes). However, like semiconductor chips, the DNA chips are becoming ever more information rich. Today they contain more than 400,000 probes.

In the past several years, dozens of other companies have started providing DNA-chip products and services. One of the biggest manufacturers of microarrays, next to Affymetrix, is the Hewlett-Packard spinoff Agilent Technologies, based in Palo Alto, California. But rather than build their gene fragments onto a silicon wafer, Agilent uses a giant ink-jet printer to build gene fragments onto a glass slide.

“Hewlett-Packard printers are spewing ink in different colors onto paper; our printers are shooting the As, Ts, Gs, and Cs of DNA onto glass, and it works really well,” says Christina Maehr, a public relations manager and spokesperson for Agilent.

Whether the DNA fragments are built onto a semiconductor wafer or a glass slide, the microarrays work in basically the same way. “The strands of DNA affixed on the surface of the biochip act as probes, with each strand corresponding to a specific gene or a DNA sequence where a complementary strand in biological samples will bind,” explains Xiaolian Gao, University of Houston chemistry professor and a researcher with Houston-based Xeotron, which manufactures biochip products.

One of the main uses for DNA chips is in accessing an individual’s hereditary risk for disease.

One of the main uses for DNA chips is in accessing an individual’s hereditary risk for disease. To find out whether someone carries a genetic mutation, the first step would be to obtain a sample of DNA from that person’s blood. The DNA sample would then be inserted into the chip and allowed to hybridize, or bind, to the synthetic DNA probes that have been affixed to the microarrays. These probes correspond to the DNA sequences of particular mutated genes.

“The person’s DNA would then match up with the appropriate probe, like two pieces of Velcro attaching to each other,” explains John Quackenbush, a professor and researcher with the Institute for Genomic Research in Rockville, Maryland. “If the person has the health condition that the chip tests for, the DNA probes will stick to the mutated gene, and a specific portion of the chip will glow under a laser beam. By observing which minuscule parts of a biochip light up, scientists can determine whether a person has the genetic mutation in question.”

Because thousands of probes can be put on a single microarray—each one corresponding to a different genetic sequence—literally thousands of genetic mutations could be screened for all at once. “The chips allow researchers to perform what once would have been thousands of separate experiments all at the same time and may involve only a simple blood test,” Gao says.

Besides predicting who is at risk for a particular disease, many scientists believe DNA microarrays are ideal for diagnostic purposes like, for example, finding out what particular type of leukemia a person has, and in determining the best treatment for specific diseases.

“The enormous progress of genome research . . . has brought the possibility of understanding disease from its genetic roots instead of having to make do with treating just the symptoms.”

“The enormous progress of genome research, culminating in the sequencing of the complete human genome, has brought the possibility of understanding disease from its genetic roots instead of having to make do with treating just the symptoms,” remarks Andreas Krehan, managing director of Genomic Diagnosis for MWG Biotech AG, a German company that manufactures biochip products. “DNA chips are one of the most important tools in this context. They allow researchers to find out which genes in the genome of a certain organism are active (or expressed) at a specific developmental stage, in a specific disease or in a specific tissue, thus helping the identification of possible drug targets.”

Biotech companies are now in the process of developing the first diagnostic chips as a tool for individual diagnosis. “Using a biochip,” Krehan explains, “a physician will soon be able to get a very fast and reliable answer, for example, to the question, Which form of leukemia does this patient suffer from? What type of lung cancer? The answer will provide medical professionals a solid foundation for the therapeutic decisions they will need to make.”

Two patients may appear to have the same illness, yet “on a genetic level they can each have a very different disease—even though what manifests itself is the same pathology: they look the same in terms of the symptoms that are presented,” Maehr says.

This is true of many types of cancer. Breast, colon, ovarian and other cancers all have subtypes, and each subtype has its own “expression fingerprint.” Simply put, an expression fingerprint (or genetic code) reflects which genes are “turned on,” or activated, and which are “turned off” in a particular genome. For instance, the difference between two types of leukemia could be that one has 100 active genes (or even fewer) that the other doesn’t.

Scientists are using DNA chips to learn what the fingerprints are for different cancers. Once they have this information, “they will be able to craft customized DNA chips that doctors can use to diagnose patients with previously unheard-of accuracy—and help doctors pinpoint the exact identity of a cancer,” Krehan says.

Information obtained from DNA microarrays may also help medical researchers develop more effective treatment protocols. “Not everyone is going to respond to the same medications in the same way,” notes Maehr. “What may work for one person may not work for another.” She says a person’s individual genetic code may determine whether he or she has the ability to degrade a certain drug, or how well he or she will respond to a drug. Some people have better responses than others to chemotherapy or hypertension medication, for instance. DNA chips may make it easier to identify people on whom certain medicines would work.

To illustrate, suppose you have the expression fingerprints on DNA chips for 200 cancer patients. You might find out that only 80 of them responded to chemotherapy.

“That’s important to know,” Quackenbush says, “because now I might be able to go back and look at the genes that are turned on or off and see whether there is a pattern between the patients who responded to chemotherapy and those who didn’t. If I can find that pattern, then maybe I can find other patterns. I may discover that these people were treated with a second-line chemotherapy agent. If I can do that ahead of time, then the people who don’t respond to the first therapy, but respond well to the second, can skip that first two or three months of wasted time and get right on to the therapy that’s going to give them the best benefit.”

Quackenbush believes that within the next five years, this approach will have a huge impact on how diseases such as cancer are treated.

“The goal,” Maehr explains, “is to be able to perform the diagnostic test using a microarray and then select a treatment that they’re most likely to respond to. Essentially it’s more personalized medicine.”

Looking to the Future

Because DNA-chip technology is still relatively new, it is currently being used primarily by researchers in an attempt to understand gene-related questions. The goal, however, is to bring the chips to market for use by doctors, possibly in the next three to five years, according to Maehr.

It is not hard to imagine that one day in the not-too-distant future, diagnostic DNA chips might be as inexpensive and as routinely applied as common blood and urine tests.

“DNA chips will become an item as familiar to all of us as computer chips already are,” Krehan predicts. “They will become ever smaller, cheaper and easier to use, just as it happened for computer chips. We will find them wherever a clear diagnosis on a genomic level is needed, be that the identification of a certain strain of bacteria in an infection, the analysis of a genetic mutation, the determination of gene activity in certain processes, or something as simple as a paternity test.”

Some researchers predict that in the future all of a person’s genetic information might be contained on something the size of a credit card.

Some researchers predict that in the future all of a person’s genetic information might be contained on something the size of a credit card. When put into a computer, this card would alert the person’s health-care provider to any preexisting conditions or help him or her discover what’s wrong in an emergency situation.

Still, Quackenbush believes it’s important to point out that microarrays can’t be used for everything. “These DNA arrays are an extremely valuable tool,” he says, “one that has tremendous promise. But I wouldn’t want to be the one to tell you that this is going to solve all of the world’s ills, because I think that’s overselling any technology.”