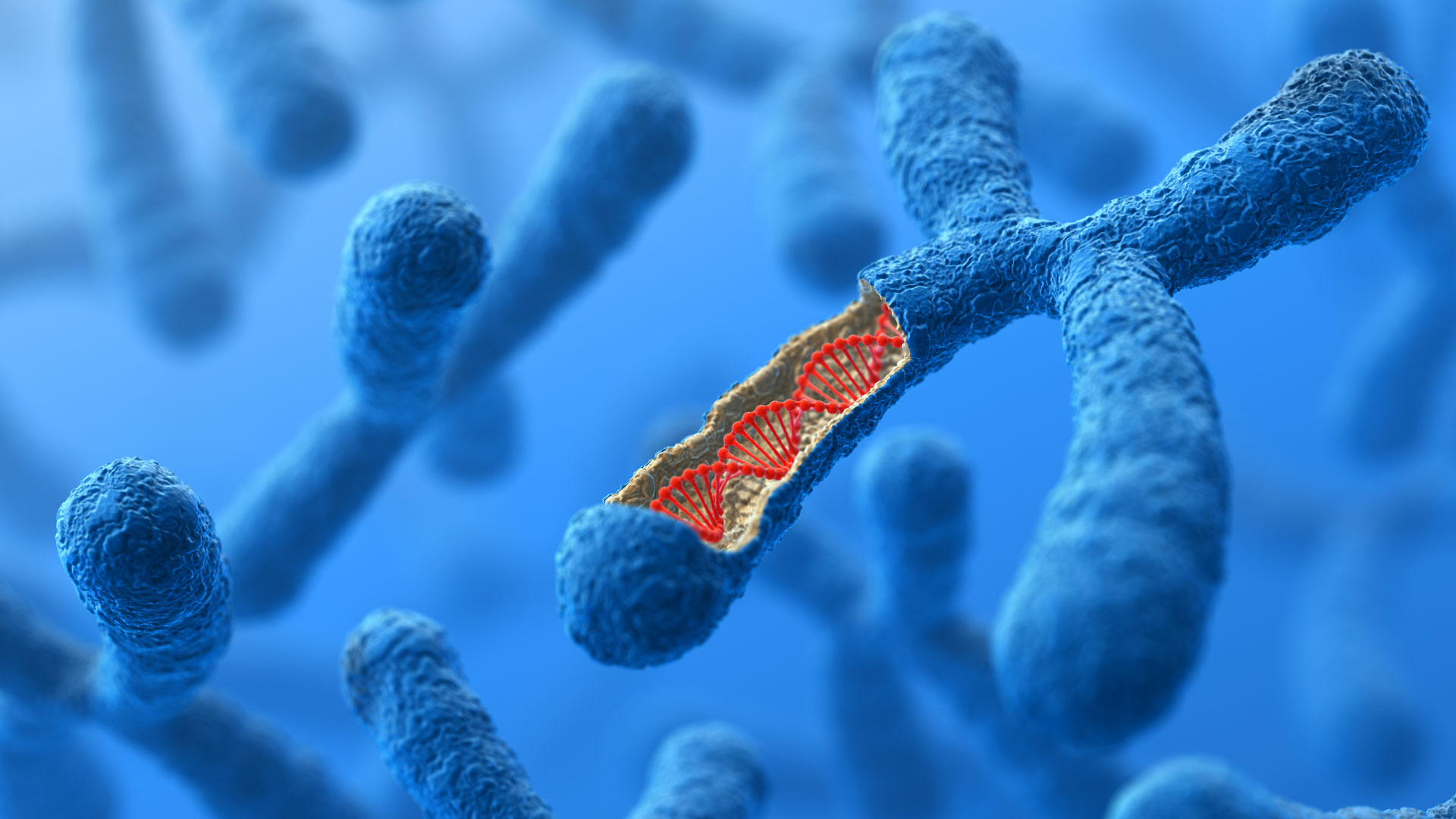 Although the science of how our bodies operate at the chemical level is multilayered and technically complex, the landmarks of the cellular processes that function within us are actually rather simple.

Our bodies are composed of an estimated 100 trillion cells. Each of these (with the exception of red blood cells, which have no DNA) contains a full copy of the entire human genome—all the genetic information necessary to build a human being. This information is encoded in the 3 billion base-pair subunits of DNA. Egg and sperm cells are created with half this amount; upon fertilization, the complete set of DNA is restored and the new cell begins to grow and divide.

Each of the 46 human chromosomes contains the DNA for thousands of individual genes. These are the units of heredity that actually carry information across the generations. Genes are arranged in a linear fashion, like songs on a cassette tape or frames on a roll of film, along the length of the chromosome. Broken, extra or missing chromosomes generally result in major developmental problems, such as Down syndrome.

Each gene is a segment of double-stranded DNA that holds the recipe for making a specific molecule, usually a protein. These recipes are spelled out in varying sequences of the four chemical bases in DNA: adenine (A), thymine (T), guanine (G), and cytosine (C). The bases form interlocking pairs that can fit together in only one way: an A pairs with a T; a G pairs with a C. The base-pair “rungs” and phosphate “legs” twist to form the double-helix molecule, which preserves and maintains the integrity of the information. Our genome is estimated to consist of 30,000 genes, down from the 100,000 envisioned prior to the findings of the Human Genome Project. Nevertheless, the marvel is in the cell’s ability to turn those genes “on” and “off” with the correct timing throughout its lifetime. Development, puberty and even cancers result from such on-off sequencing of gene activity.

Without proteins, life is not possible. Composed of amino acids, proteins are essential components of all organs and are the catalysts of all chemical activities. If an office building represented a cell, the people inside who actually do all the work (including construction of the building itself) would be the equivalent of specialized proteins called enzymes. The DNA base sequence codes for and orchestrates the arrangement of amino acids, which then interact to produce the protein’s functional 3-D shape. This shape is the key feature that determines a protein’s ability to do its job. For instance, single base errors result in the compromised proteins that cause sickle cell anemia and Tay-Sachs disease, while cystic fibrosis results from one amino acid deletion in the normal chain of more than 1,400. Proteomics, the study of protein function and how our genome gives rise to their vast variety, is a rapidly growing focus of 21st-century biology.