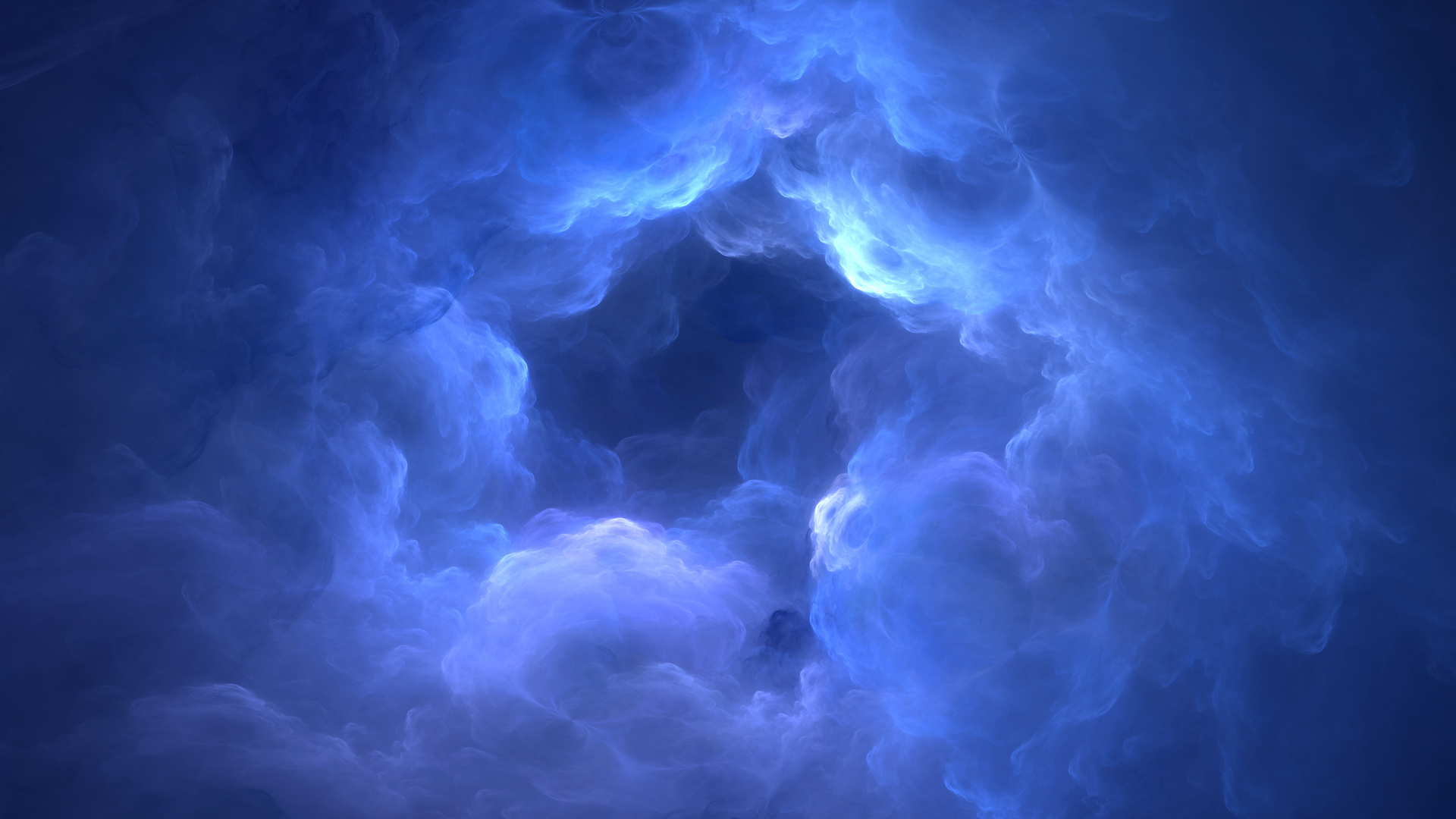 The long-term success of the children of Israel was dependent on their willingness to meet God’s conditions. If they would walk in His statutes, keep His commandments and “perform them,” if they would “diligently obey” Him, observing “carefully all His commandments,” He would bless them. He would look on them favorably, confirm His covenant with them, and set them “high above all nations of the earth” (see Leviticus 26:3–13; Deuteronomy 28:1–14). But if they would not obey, then multiple curses would come upon them with increasing severity and overtake them (Leviticus 26:14–39; Deuteronomy 28:15–68).

As we know from their history, the Israelites failed to follow God faithfully, especially once the kingdom of Israel split in two in the 10th century BCE. As a result they were eventually removed from their land in two separate exiles to Assyria and Babylon. A series of intensifying curses thus became the model for Israel’s fate.

The major and minor prophets who warned of their imminent downfall often made the connection with these earlier prophetic statements. Further, they spoke of the prophesied blessings in terms of Israel’s restoration.

The book of Hosea is a case in point. Writing in the eighth century BCE, mainly to the northern tribes known as Israel or Ephraim, Hosea’s messages were about coming captivity. Beginning with Jeroboam II in Samaria, he prophesied during the reigns of more kings than any other prophet about the curses that would come on the 10 tribes. About a quarter of his book deals with 20 of the 27 curses mentioned in the Pentateuch.

“Understanding the message of the book of Hosea depends upon understanding the Sinai covenant. . . . Hosea’s task was simply to warn that Yahweh intended to enforce the terms of his covenant.”

Jeroboam I had led Israel into idolatry about two hundred years earlier by setting up golden calves at Bethel and Dan, creating his own form of religion and avoiding the temple at Jerusalem. The nation never really recovered from these actions.

By the time of Hosea, complacency had taken them far from God. His message to them would be acted out by the prophet, who would take a prostitute for a wife—a sad picture of what Israel had become to her God. They would have three children, whose names would represent God’s rejection of Israel. The first was a boy, Jezreel, signifying military defeat: “I will break the bow of Israel in the Valley of Jezreel” in the north of the country (Hosea 1:5). The second was a girl, Lo-Ruhamah (“No-Mercy”), meaning that God would no longer spare Israel (verse 6). A third child, Lo-Ammi (“Not-My-People”), represented the severing of God’s marital relationship with them (verse 9; 2:2). In this way, He announced that He would bring an end to the kingdom of the house of Israel, a people on whom He would no longer have mercy, nor be their God and figurative husband. Among many reversals, they would be cursed with fear, sickness, famine, war, death and exile.

The sequence of curses in Leviticus 26 escalates through five levels (see verses 18, 21, 24 and 28). It begins with the feeling of terror brought about by sudden illness, defeat, hatred and fear (verses 16–17). Though Deuteronomy 28 follows a different scheme, many elements recur. Parallel to the terror and fear spoken of in Leviticus is this statement: “Your life shall hang in doubt before you; you shall fear day and night, and have no assurance of life. In the morning you shall say, ‘Oh, that it were evening!’ And at evening you shall say, ‘Oh, that it were morning!’ because of the fear which terrifies your heart, and because of the sight which your eyes see” (Deuteronomy 28:66–67).

The curse of defeat by enemies is also found in both books (compare Leviticus 26:17 with Deuteronomy 28:25). The curse of drought is described in terms of hard metals: “I will make your heavens like iron and your earth like bronze” (Leviticus 26:19); “Your heavens which are over your head shall be bronze, and the earth which is under you shall be iron” (Deuteronomy 28:23). Agricultural productivity would fail: “Your strength shall be spent in vain; for your land shall not yield its produce, nor shall the trees of the land yield their fruit” (Leviticus 26:20); “Cursed shall be your basket and your kneading bowl. Cursed shall be the fruit of your body and the produce of your land, the increase of your cattle and the offspring of your flocks” (Deuteronomy 28:17–18).

At the fifth and final level, the increasing severity of punishment would end in exile: “I will scatter you among the nations and draw out a sword after you; your land shall be desolate and your cities waste” (Leviticus 26:33); “Then the Lord will scatter you among all peoples, from one end of the earth to the other, and there you shall serve other gods, which neither you nor your fathers have known—wood and stone” (Deuteronomy 28:64).

In his time, Hosea wrote about the imminent fulfillment of many of these curses. As Deuteronomy singles out loss of Israel’s king and the disappearance of true worship for mention—“The Lord will bring you and the king whom you set over you to a nation which neither you nor your fathers have known, and there you shall serve other gods—wood and stone” (verse 36)—so Hosea prophesies, “The children of Israel shall abide many days without king or prince, without sacrifice or sacred pillar, without ephod or teraphim” (Hosea 3:4).

The result of failing to heed God’s escalating curses, which should have brought about repentance, could end only in captivity and exile: “They shall not dwell in the Lord’s land, but Ephraim shall return to Egypt [figuratively], and shall eat unclean things in Assyria” (9:3). Their rejection of His law would deliver them to a new, fierce overlord: “He shall not return to the land of Egypt; but the Assyrian shall be his king, because they refused to repent. And the sword shall slash in his cities, devour his districts, and consume them, because of their own counsels” (11:5–6).

These prophecies were fulfilled in the attack on the northern kingdom begun by the Assyrian king Shalmaneser. The author of 2 Kings gives the reason for the end of the kingdom and the exile in terms of worship of foreign gods, establishing high places for idolatry, stubborn refusal to change, rejection of God’s law, and witchcraft and divination (17:7–18)—the same sins that Hosea enumerated. He concludes, “So Israel was carried away from their own land to Assyria, as it is to this day” (verse 23).

Hosea also wrote about the blessings that would come in a future restoration of Israel to its land. These passages are interspersed with the pronouncement of the curses outlined above.

Leviticus and Deuteronomy list 10 kinds of restoration blessings for repentance and obedience (see Leviticus 26:40–45; Deuteronomy 30:1–10). These are the basis for the positive outcome of Hosea’s prophecies. They include renewal of the covenant canceling the curses and restoring blessings for obedience (Leviticus 26:3–13; Deuteronomy 28:1–13), renewal of God’s favor, true worship, increased population, agricultural abundance, prosperity and health, return to the land, unification of the tribes, defeat of enemies, and freedom from death and destruction.

Understanding the underlying significance of the Pentateuch’s “blessings and curses” passages helps inform us about the specifics we find in the major and minor prophets. They explained what was to come on Israel negatively and immediately because of sin, and positively and in the long term because of their ultimate repentance and God’s love and mercy. The terms signifying rejection will be reversed. Israel and Judah will eventually return to their land, for “great will be the day of Jezreel! Say to your brethren, ‘My people’ [Ammi], and to your sisters, ‘Mercy [Ruhamah] is shown’” (1:11–2:1).