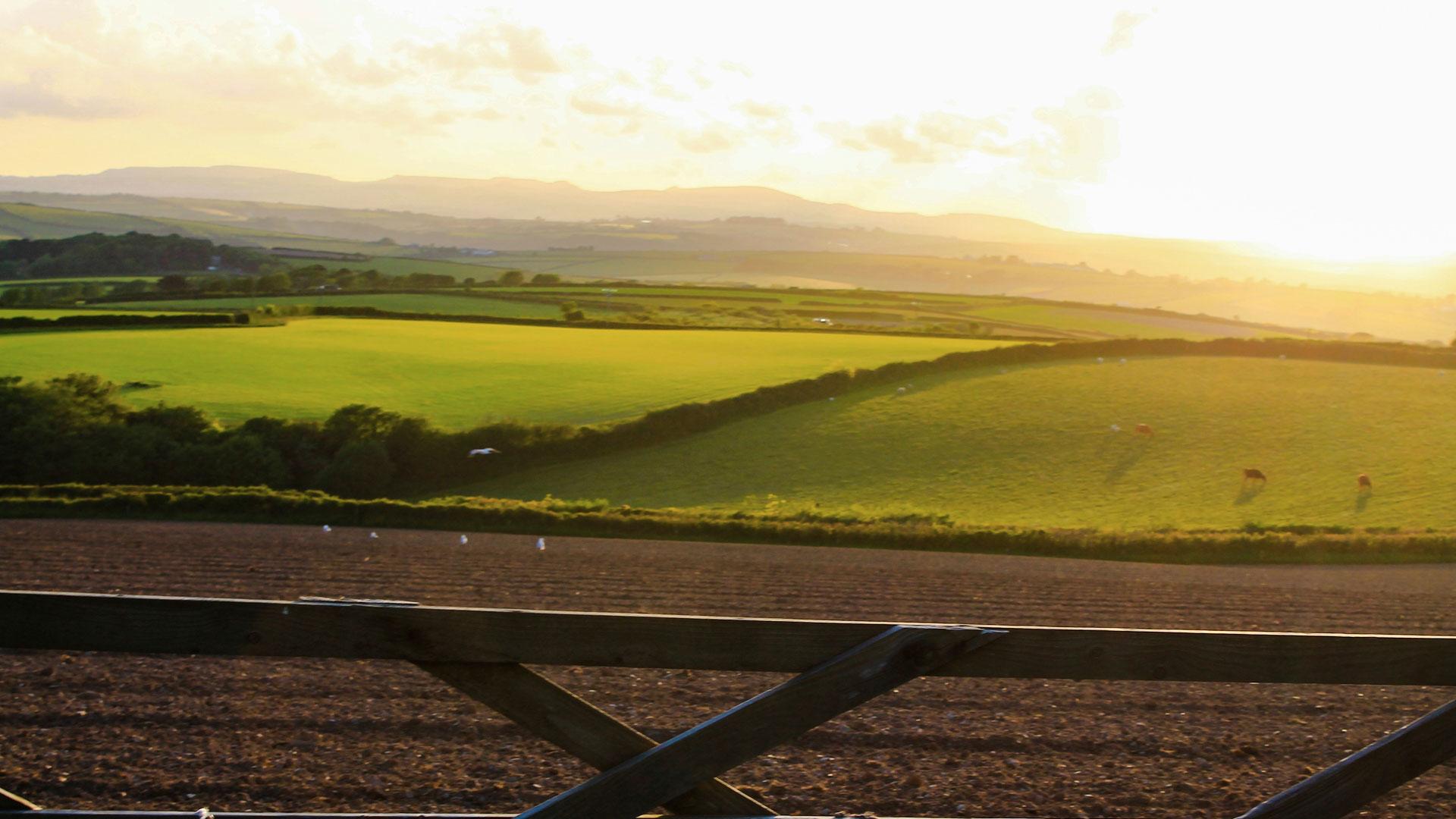 The popular image of bucolic bovine bliss involves contented cattle browsing in verdant fields of fresh fodder. But such a picturesque ideal is rarely a reality for modern cows.

Historically, cattle were most often part of mixed-use farming, and animals grazed on land that was in fallow or was not suitable as cropland. The resulting natural fertilization process (dropping manure and urine as they grazed and working it into the soil with their hooves) provided benefits to the environment, including improved soil health and weed control.

But with new technology and financial incentives toward the second half of the 20th century, farmers began to cultivate the biodiverse grazing land (turning it into single-crop fields), and cows were moved to large factory feedlots. There they were kept inside year-round, fed corn, soy and byproducts from food manufacturing processes, and their manure was trucked away to central ponds. This seemed to make economic sense at the time, but today traditional agricultural methods are being rediscovered, and seem to result in healthier cows, more nutritious beef and dairy products, and a healthier planet (see “Bovine Methane: Just a Lot of Hot Air?”).

The United States Department of Agriculture Natural Resources Conservation Service (NRCS) has a goal of helping “landowners conserve natural resources in efficient, smart and sustainable ways.” To that end, the NCRS published a report on grazing lands, showing the benefits of managed grazing. Some points raised in the report include:

The NRCS warns, “Improper grazing can lead to other detrimental environmental impacts. Twenty-five percent of . . . grazing lands need some form of conservation treatment to reduce erosion.” Proper management takes into account the needs of the environment as well as the needs of the animals.

With this in mind, it may be beneficial to study the managing techniques of those who were successful in these areas before the days of widespread factory farming. One highly respected mid-20th-century dairy manager was particularly adamant about abundant pastures for grazing. Dairy manager at Longview Farm near Kansas City, Ted Fansher was already well known for his prize-winning herds of Jersey cattle, but his reputation grew during his years at the establishment known as “The World’s Most Beautiful Farm.”

When owner R.A. Long died, Longview’s Jersey operation was disbanded. At that time, Joyce C. Hall, founder of a successful greeting card business, cared enough to find the very best. He hired Fansher to build both the fanciest dairy barn and the finest Jersey herd in the nation.

The cattle were pastured on a variety of grazing combinations, depending upon the dietary needs of the animals and the seasons. Basic crops included bluegrass, Balbo rye, and Brome grass (grown with alfalfa, lespedeza and sweet clover). Sometimes, depending upon the need, Fansher called for oats to be sown with lespedeza or Sudan grass with soybeans. He carefully mixed grasses with legumes to provide optimum nutrition for both the cattle and the soil.

A variety of grazing crops provided the cows with a broad range of nutrients, and Fansher felt both the cows and the farm benefited from the biodiversity. The animals enjoyed a more nutritious diet, while the crops were less likely to fail due to disease or infestation. In an article published on the front page of the July 18, 1945, issue of The Weekly Kansas City Star, Fansher said, “I’m a believer in giving the cows what they like. They are just like people, [and] want a change in their diet. Providing several types of pasture also is a necessary point in managing a commercial dairy herd, since the operator cannot take a chance on a single pasture crop failing.”

This land was not always so fertile, however. Much of it was, according to the article, “badly run down” when Hall first acquired the 700 acres that would become Hallmark Farm. But with careful application of manure and thoughtful sowing, even the worst of the fields were able to support grazing.

Fansher felt each acre of managed pasture could support two or three cows, expecting them to graze for nine months out of the year. This pastureland also yielded enough to provide necessary hay for the winter. The cattle were rotated from pasture to pasture throughout the growing season as the crops matured and were cut for hay or silage.

During inclement weather, the cattle were housed in a clean, well-ventilated barn. They were fed hay from the local fields with a small amount of grain, depending upon the need of each cow. Manure was removed daily to fertilize fallow fields. And when the weather cleared, the cattle were again free to browse in the well-managed fields of green.

Ted Fansher would most likely be shocked to see the conditions, care and feeding of today’s factory feedlot cattle. But as we learn more about the consequences of such practices, some farmers are seeing the wisdom in emulating thoughtful management techniques such as those practiced by Fansher. He was dedicated to providing the very best for the cattle and the land. The result was more than just a picturesque farm—his methods provided measureable benefits to both the cows and the environment.