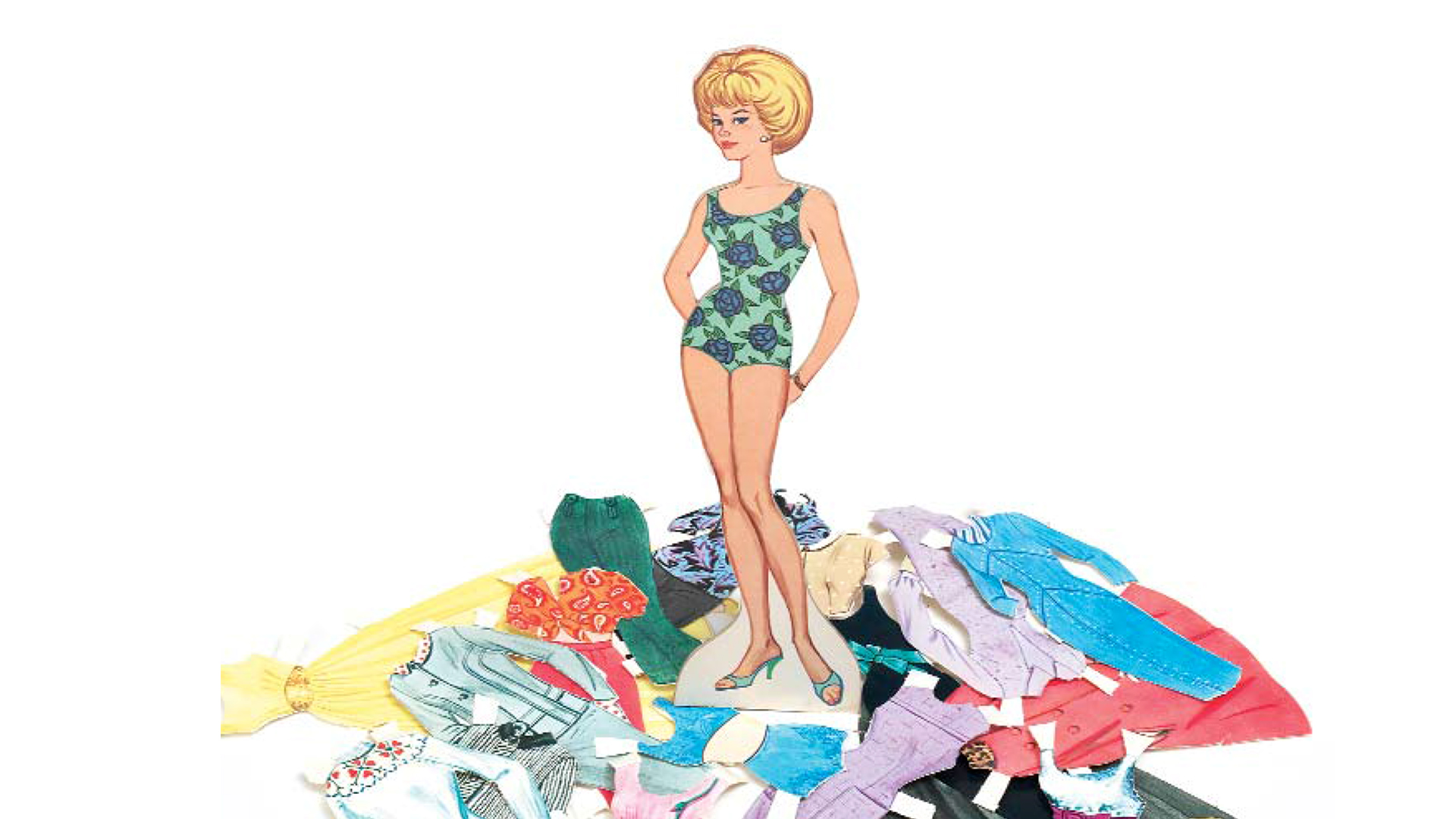 “If you feel you’re Extra Special, why keep it to yourself?” suggests an online catalog. “Announce it to the world. You’ve got it, so go ahead and flaunt it.” The site’s wares include T-shirts and coffee mugs opining, “I’m Extra Special.” Alternatively, if you’d rather proclaim your wealth than your worthiness, you can choose the sweatshirt that shouts, “Hello girls! I’m very rich!”

The message seems to be “Don’t be modest about your assets; flaunt them, whatever they are!”

If you cling to the old-school idea that “if you have to state it, it must not be true,” then you may not rush out to have sentiments like these emblazoned on bumper stickers. But the website gets plenty of traffic, indicating that many of us may have succumbed to the humility-doesn’t-get-you-noticed philosophy outlined in books such as Peggy Klaus’s Brag! The Art of Tooting Your Own Horn Without Blowing It.

Christina Aguilera may have taken a page from Klaus’s brag book. “I consider myself to be a great role model,” the superstar singer stated with breezy self-confidence a year ago. She is often referred to in the press as “Dirrty Aguilera” after the title of one of her hip-hop, Britney Spears–style music videos. Aguilera, who claims that her famously scanty outfits are merely a representation of her “true self,” told the World Entertainment News Network that fans should aspire to be like her.

Unfortunately for Aguilera, her true self may no longer be in, however. In fact, the July 2004 issue of Vogue assures us that flaunting is out and propriety is the new byword, at least as far as dress goes. “So sorry to be the one to break the news, gals,” says the fashion journal’s “Point of View,” “but Britney, Paris [Hilton], dirrty Christina: With your scant array (and display) of teeny tees, teenier skirts, and teetering heels, you’re overexposed in every way.” Titled “Propriety Values,” the article reveals that fall 2004 fashion “has developed a distinct propensity for propriety, which means the return of elegant suits (buttoned and belted jackets; narrow, neat-as-a-new-pin skirts), evening dresses redolent of the twenties and thirties (which contrive to be both decorous and decorative) . . . all of which spells—and not a moment too soon—the demise of blatant sexiness.”

This new conservatism applies to men’s fashion as well, according to GQ editor Dylan Jones, who predicted to CNN that the decade of dressing down is over. “The suit is definitely back,” he said, adding that it’s all about projecting the right image. “The way people dress at work, particularly the way men dress at work, is fantastically important not only in the way people perceive them but also how they perceive themselves.”

But is the perception of propriety touted by our togs as deep as the trend will take us? Will we all be buttoning up our self-effacing tweeds to sit in seminars and learn how to “Brag!” our way to promotions that will enable us to buy (and then flaunt) yachts worth almost as much as some nations’ gross domestic product?

Presumably, to be meaningful, the new propriety must become more than skin deep.

But what truly is “propriety”? A thesaurus opens up a rich tapestry of synonyms hinting at characteristics that are conspicuously absent in modern culture: appropriateness, decorum, dignity, unobtrusiveness, modesty. All very archaic concepts. But the antonyms are somehow more striking, because they speak directly of flaws we don’t like to think we have. If we don’t have propriety—if we are not modest—we could be said to be ostentatious, pretentious, flaunty, showy, splashy, tasteless, boastful.

A cursory Web search turns up a host of sites dedicated to eliminating these negatives from how we dress by offering clothes that cover from head to toe. But by focusing on dress, we may be defeating the purpose from the start. One online catalog offers “swimsuits” that look like old-fashioned school uniforms: a tunic over a more formfitting but neck-to-knee garment, which shouts rather ostentatiously, “Look! I’m modest!” Rather than making the wearer less conspicuous, such a garment could attract nearly as much attention at the beach as the thong bikini on the next sun lounger.

It can be challenging to present oneself in ways that don’t shout.

“We want to make a splash and an impression to show off how much we’ve got, how well we’re doing, how successful we are.”

In August 2002, National Public Radio personal finance commentator Brooke Stephens had some interesting things to say regarding “shouting” about financial assets, but she may as well have been defining modesty and propriety in general. She said, “If we can’t wear it, drive it, eat it—we’re not interested. Our biggest thing is we want to make a splash and an impression to show off how much we’ve got, how well we’re doing, how successful we are, and how much better we have it than everybody else. However, many of us are gradually beginning to learn how old money behaves. . . . Instead of having five or six cars, or a new car every year, they buy one or two classic cars that are good [and] last forever, and [they] drive them until they fall apart. . . . They purchase classic clothing with a tailored look that will last for ten seasons instead of two. The most important thing, though: we are beginning to learn how to keep a low profile to not let people know what [we] have, so that [we] can maintain [our] privacy.” Or are we?

Maintaining privacy has to some extent become another archaic idea. In general, the media don’t allow celebrities to keep their privacy. We’ve become so accustomed to this state of affairs that we hardly value our own privacy anymore. Nevertheless we admire those who seem to have an innate sense of what is appropriately kept from the intrusion of others.

But have we made the connection? Privacy is foundational to the elusive quality that we try to describe with words like dignity, propriety or modesty: unpretentiousness.

A vivid example of this kind of quiet dignity in recent public memory is Jacqueline Kennedy Onassis. Described repeatedly in the media as “an intensely private person,” Mrs. Onassis almost never granted interviews. But the less she said, the more fascinated with her the press grew. In an obituary, journalist Robert McFadden eulogized the former American first lady with these words, “There was an avalanche of articles and television programs on her fashion choices, her hair styles, her tastes in art, music and literature.” About her reaction to her first husband’s assassination in 1963, he wrote, “In public, what the world saw was a figure of admirable self-control, a black-veiled widow who walked beside the coffin to the tolling drums with her head up . . . and who looked with solemn dignity upon the proceedings.” Is it coincidence that this very private person was described with words like understated, stunning, classic, self-controlled, dignified? And is it also coincidence that it was a rare article that didn’t also describe what she was wearing with similar adjectives?

McFadden’s obituary gave insight into Mrs. Onassis’ sense of propriety, of inner modesty, by citing a comment she made about her work as a book editor at Doubleday: “Mrs. Onassis gave a rare interview to Publishers Weekly, the industry trade magazine, and it was on the subject of publishing. She agreed to the interview, Mrs. Onassis told the reporter, only on the condition that he use no tape recorder, take no photographs and ask no questions about her personal life. In the interview, in typically self-deprecating style, she said she had joined the profession because of a simple love of books. ‘One of the things I like about publishing is that you don’t promote the editor—you promote the book and the author,’ she said.”

Possibly, in light of examples like hers, the adage that “clothes make the man” may be missing the point a little. Maybe the man (or woman) makes the clothes. Maybe propriety, modesty, unpretentiousness—this rare kind of private dignity—if it exists on the inside, will manifest itself on the outside with a wardrobe that is as classic, timeless, and free of self-promotion as the person wearing it.

If it doesn’t originate from a place deeper than our closet, then the new “propriety” is just another passing fashion fad.

If it doesn’t originate from a place deeper than our closet, then the new “propriety” is just another passing fashion fad. And based on a June 8, 2004, article in the New York Times, it appears that this is precisely the case: “Robyn Duda, 22, an events coordinator in New York, said her contemporaries are now more conservative. ‘But some of this is just fashion,’ she said. ‘Whatever is in the magazines, that’s what we’re going to wear. If the magazines are showing skin, we’re wearing skin. If it’s a jeans jacket with the collar up, that’s what we’re wearing.’” And one can hardly blame her. Vogue’s “Propriety Values” is not really pushing propriety any more than values. One spread in the article depicts a refreshingly fully clad model, the only visible skin being that on her face and hands. But the accompanying caption is illuminating: “The Art of Flirtation: Statement minks and check-me-out jewelry get your message across.”

When it comes right down to it, it appears that nothing’s really changed. We’re still shouting, “Hey! Look at me!”