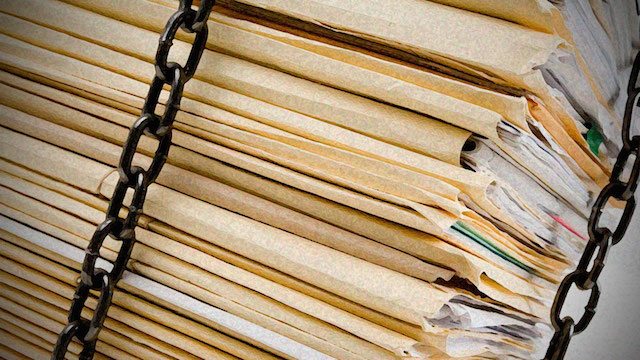 Ironically, while many in the biotech industry defend the view that patenting will boost research, there are probably just as many who think it will have an adverse effect. Jon Merz of the University of Pennsylvania School of Medicine, for example, thinks “the red tape could discourage independent biomedical research, or at least slow it down.” Any number of patents may have been issued (or be pending) relative to a particular gene or disease. In effect, Merz says, “it’s like working in a minefield, because you don’t know who else has worked on this and what they own and how that will affect what you’re doing.”

It’s not uncommon for researchers to have to secure dozens of licenses from private firms before they conduct their studies. “You have to tread on the territory of other people in order to access patented DNA sequences—assuming they’re willing to give you licenses,” says Merz. “If somebody’s not willing to license you, you may be blocked.”

Alternatively, a company with a patent on a particular genetic sequence may be willing to allow others access to conduct research, but only by charging a huge licensing fee. “Under the current system, the company that owns a patent to a gene or its product may charge whatever it chooses,” notes Daniel Kevles of Yale University. This can discourage researchers from doing work in a particular area, because they simply do not have the budget to pay the licensing fees. In the United States, many researchers rely on grants from organizations such as the National Institutes of Health in order to fund their research. Such grants may not cover expensive licensing fees.

Ultimately patenting is going to affect what kinds of biomedical products and services are developed. “We all have some form of genetic misspellings in our DNA, so we all have the potential for a disease that’s caused at least in part by our own genetics,” remarks Tim Leshan of the National Human Genome Research Institute. “We want to make sure there’s enough research being done on all genes and that everyone has access to that information so they can come up with potential treatments for those diseases. If patents restrict access to that information, it could prevent a lot of this valuable research from being done.”