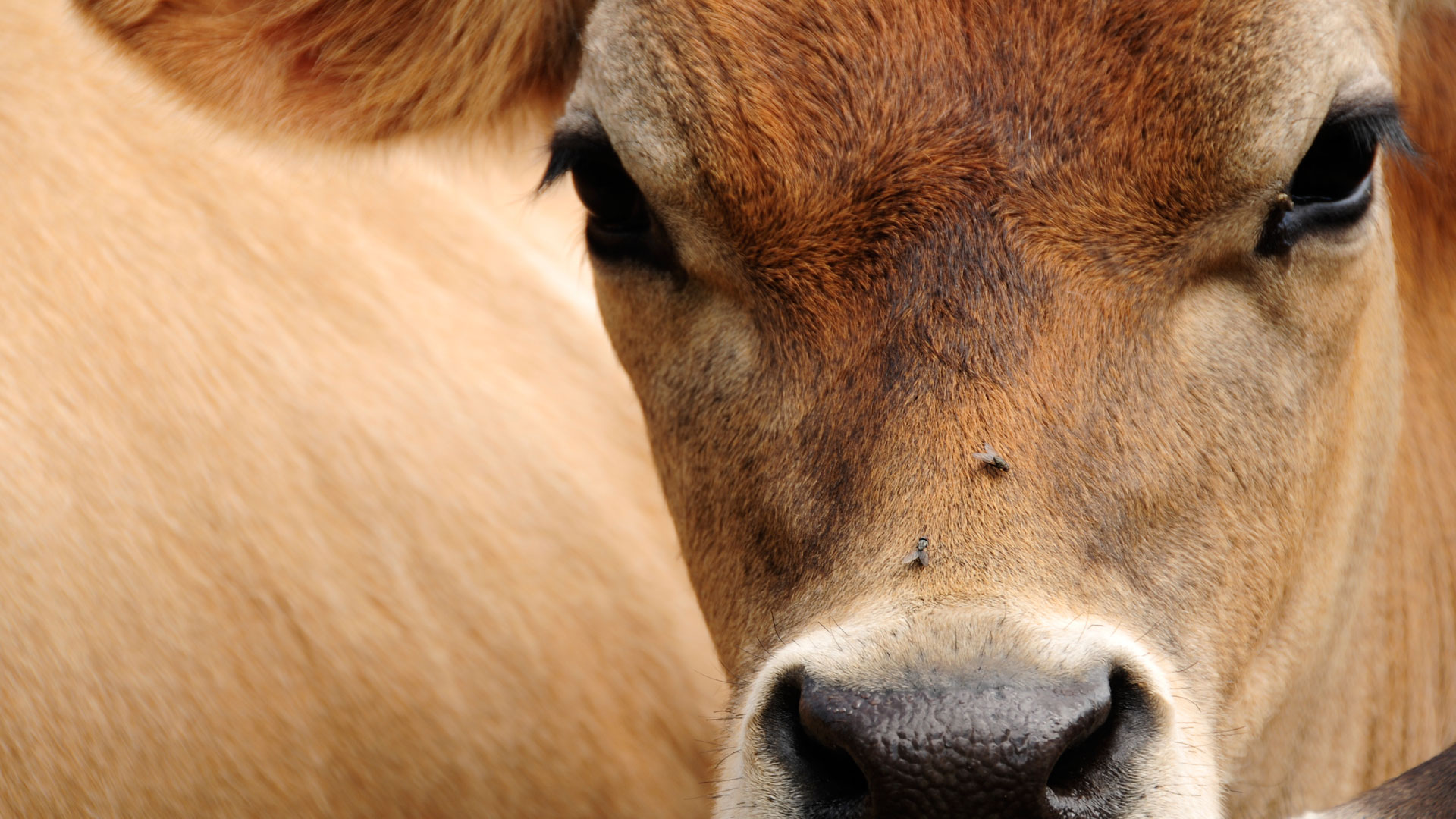 In 1929, Ted Forrest Fansher, a leading U.S. dairy manager in his day, sailed on the R.M.S. Mauretania to England, then continued on to the island of Jersey. He returned with 13 Jersey cattle. These were the beginnings of a new herd of dairy cattle —a herd that would be treated well, known individually and would produce record amounts of high-quality cream and milk for generations to come.

Is it an accident that these cows, allowed to graze in verdant, well-managed fields of mixed grasses and legumes, each known individually by the handlers, repeatedly produced more milk of a better quality with more butterfat than was previously thought possible? Fansher’s daughter, Carol Johnson, told Vision, “He knew every cow by name, and he knew exactly what each cow needed for feed and care. The cows were treated very well and they responded accordingly.” Fansher’s dairy successes were legendary. He was national director of the American Jersey Cattle Club until 1947, and was awarded life membership in the Dairy Shrine Club. Upon retirement, he was asked to be a lead officer of the American Dairy Association but instead chose to live the remainder of his life out of the limelight. But decades later, he is still remembered for his award-winning ways with dairy cattle.

According to a study released in 2009, dairy cows that are known individually and treated well by their handlers can produce as much as 500 pints more milk per year than their less content comrades. “Just as people respond better to the personal touch, cows also feel happier and more relaxed if they are given a bit more one-to-one attention,” explains researcher Catherine Douglas, of the School of Agriculture, Food and Rural Development at Newcastle University (United Kingdom), in a press release.

Douglas continued, “What our study shows is what many good, caring farmers [like Fansher] have long since believed.

“By placing more importance on the individual, such as calling a cow by her name or interacting with the animal more as it grows up, we can not only improve the animal’s welfare and her perception of humans, but also increase milk production.”

Although both this study and the experience of legendary dairy manager Ted Fansher occurred within the last 100 years, lessons on treating animals with respect are found in some of our earliest written history.

The Hebrew Scriptures have much to say on the subject, including allowing oxen to eat grain as they tread the harvest (Deuteronomy 25:4); how to treat birds in a nest (Deuteronomy 22:6); allowing working animals time to rest (Deuteronomy 5:14); and even the connection between a person’s character and that person’s treatment of animals (Proverbs 12:10). The book of Genesis records that God charged humankind with replenishing and subduing the earth, and having dominion over the animals. Although some have asserted that the words translated “subdue” and “dominion” allow for domination, oppression and heavy-handed ascendancy, author and environmentalist Wendell Berry explains that this is more accurately understood to be a caregiver role. “Those who see Genesis 1:28 as the source of all our abuse of the natural world (most of them apparently having read no more of the Bible than that verse) are guilty of an extremely unintelligent misreading of Genesis 1:28 itself. How, for example, would one arrange to ‘replenish the earth’ if ‘subdue’ means, as alleged, ‘conquer’ or ‘defeat’ or ‘destroy’?

“We have in fact the biblical tradition, rooted in the Bible but amplified in agrarian, literary and other cultural traditions stemming from the Bible, the idea of stewardship. . . . The Mormon essayist Hugh Nibley invoked it explicitly when he wrote that ‘man’s dominion is a call to service, not a license to exterminate’” (Wendell Berry, What Are People For? North Point Press 1990 p. 99-100).

As caregivers, humans are expected to nurture and guide the creation, like a loving shepherd. This ancient wisdom describes taking a long view—appreciative and sensitive; a holistic approach. Such methods include how the animals are treated, how they are cared for, how they are fed and even how they meet their eventual demise. We have a responsibility, handed down since the beginning of mankind, to treat the creation with respect.

Today, we are finally beginning to see the effects of mistreating the parts without consideration for the whole in ways that could not have been imagined in the past. We are suddenly reaching the “tipping point” in many of our vital systems. Now that the population is predicted to reach 9 billion by the middle of this century, we see that we must find a new way to govern the earth and all its inhabitants.

Even a creature as mundane as a cow responds to proper, respectful treatment, as Fansher showed so many decades ago. Expanding that approach to the earth and its systems is an instruction that was given to our early ancestors, but we are only now beginning to understand the eternal truth and the urgency of that antediluvian directive.