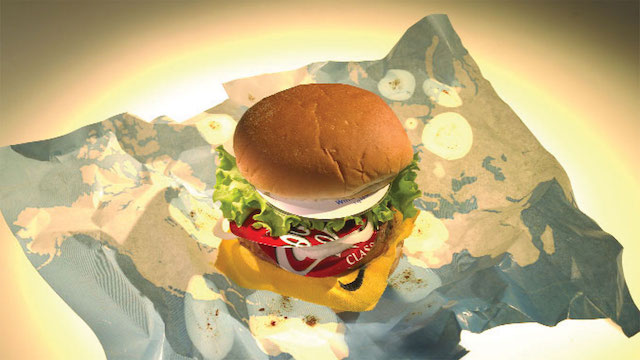 “I believe that if you want to understand the post–Cold War world you have to start by understanding that a new international system has succeeded it—globalization.” So writes Thomas Friedman regarding the new world order we are now in.

Indeed, if there is one word that sums up today’s superstory, or provides a lens through which to view our complicated world, it is globalization. It has become shorthand for the complex network of trends that is driving the world inexorably closer together, and it is the often controversial subject of a growing number of books.

Among those works, Friedman’s The Lexus and the Olive Tree deserves to be called a classic. It provides a privileged insight into the workings of globalization based on the extensive travels of the award-winning New York Times foreign affairs columnist. Friedman combines an acute gift for observation with a profound talent for exposing globalization’s sometimes baffling complexities. Laced with liberal and entertaining helpings of human-interest stories, this is an easy and compelling read that reveals the secrets of globalization in simple and original terms.

Friedman chose the metaphors “Lexus” and “olive tree” to represent the contrasting attitudes revealed by globalization: those who want to modernize, produce and move forward; and those stuck in the past, still arguing and fighting over each other’s assets and possessions. He sees globalization as being built around three entities—states, global markets and individuals—each overlapping and affecting the others. “You will never understand the globalization system, or the front page of the morning paper,” he says, “unless you see it as a complex interaction between all three of these actors: states bumping up against states, states bumping up against Supermarkets [key global financial centers such as London and Wall Street]; and Supermarkets and states bumping up against Super-empowered individuals.”

Keenly aware of the downside of globalization, Friedman’s book thoroughly analyzes what can be done to improve things. He sees the need for a change to a different, more balanced form of politics, “a new social bargain between workers, financiers and governments that will make for sustainable globalization.”

Friedman unabashedly extols the virtues of America with its “concept of citizenship based on allegiance to an idea, not a tribe,” the spirit of community, the melting pot, freedom and opportunity to excel, the willingness to help others in need. He believes America is more than a country; it is “a spiritual value and role model” to the rest of the world. He concludes with an impassioned appeal to his fellow Americans: “A healthy global society is one that can balance the Lexus and the olive tree all the time, and there is no better model for this on earth today than America. And that’s why I believe so strongly that for globalization to be sustainable America must be at its best—today, tomorrow, all the time. It not only can be, it must be, a beacon for the whole world. Let us not squander this precious legacy.”

Will Hutton and Anthony Giddens (On the Edge) have assembled the ideas of 12 leading thinkers into a collection of expert testimony on various aspects of globalization.

Giddens is director of the London School of Economics, the author of more than 30 books, and a leading thinker on social issues. He espouses the adoption of a more socially responsible version of capitalism, dubbed the Third Way, which has been taken up by Tony Blair in the United Kingdom and Gerhard Schröder in Germany. Will Hutton is a former editor of the Observer (London) and director of the Industrial Society. Both men are in an ideal position to understand the phenomenon of globalization and to communicate its scope, advantages and disadvantages.

The first chapter is a dialogue between Giddens and Hutton, who explore each other’s understanding of the issues. The result is a stimulating debate about the nuances and complexities of globalization’s finer points.

The book’s 12 contributors “range from the broadly optimistic . . . to the broadly pessimistic,” write the editors, “but all agree that the global system needs more governance if individuals and core social and cultural needs are not to be diminished and swallowed up by the new trends.” In reviewing what can be done, Giddens and Hutton call for “nothing less than the establishment of a global civil society on which global regulation and government can be based.”

As the editors of On the Edge make clear, globalization is reshaping everyone’s life. We are, by common assent, living through a period of major historical transition, a period of multiple revolutions affecting virtually all areas of the globe. The social consequences are immense, and the stresses and strains thrown up by the process are profound. “But it is a system . . . that is precarious and potentially dangerous—it is on the edge,” Giddens and Hutton assert.

Giddens and Hutton call for “nothing less than the establishment of a global civil society on which global regulation and government can be based.”

Despite this, they, like Friedman, are fundamentally for globalization and see its spread as inevitable and unstoppable. But they want to see greater note taken of its downside.

No Logo by Naomi Klein is another globalization classic, having been described as “the bible for anti-corporate militancy.” Klein is an award-winning Canadian journalist whose passionate and well-researched exposé of the deficiencies of global brands such as Nike, Coca Cola, Disney and McDonalds reveals the exploitative side of globalization. She details a vigorous anticorporate attitude emerging among young activists, characterizing her book as “an examination of a largely underground system of information, protest and planning, a system already coursing with activity and ideas crossing many national borders and several generations.” Klein seeks “to analyze and document the forces opposing corporate rule” and describes “an activism that is sowing the seeds of a genuine alternative.”

Klein chronicles the remorseless advance of the global brands, accusing them of monopolistic tendencies, corporate abuse and dreams of world domination as they overwhelm culture, infiltrate schools and universities, narrow choice, and subvert youth. She takes careful aim at the explosion of emerging-market sweatshops and their tax- and duty-exempt “export processing zones.”

Lamenting the obvious success of the global brands, Klein observes, “There is something undeniably seductive about these branded worlds. It has to do, I think, with the genuine thrill of utopianism, or the illusion of it at any rate.” She contends that everyone has a part to play in combating exploitation and restoring social justice. Quoting journalist Lorraine Dusky, she writes, “Globalization means more than the easy exchange of currency and goods; it means we are all our sisters’ and brothers’ keepers.”

“Globalization means more than the easy exchange of currency and goods; it means we are all our sisters’ and brothers’ keepers.”

No Logo explores the inadequacies of corporate codes of conduct and espouses the genuine application of the UN Declaration of Human Rights to enforce democratically controlled laws, as well as labor and environmental codes. Universally applied and enforced common standards are needed, she writes, but within “the most basic principle of citizenship: that people should govern themselves.”

The most decisive weapon in this activist’s charter is, of course, the Internet. Through it, Klein encourages resistance, “one that embraces globalization, but seeks to wrest it from the grasp of the multinationals . . . demanding a citizen-centered alternative to the international rule of the brands.”

Noreena Hertz’s Silent Takeover focuses on the burgeoning power of multinational companies replacing the influence of democratically elected governments. Hertz is the associate director of the Centre of International Business and Management at the Judge Institute of the University of Cambridge and a formidable advocate for antiglobalization activism.

“Corporations are taking over from the state, the businessman becoming more powerful than the politician,” she writes, “and commercial interests are paramount. . . . Protest by the consumer public is fast becoming the only way of effecting policy and controlling the excesses of corporate activity.” Her aim is “to make sense of this world and understand where it is likely to take us: a world in which corporate resources dwarf those of nations, and businessmen outrank politicians.”

“My argument is not meant to be anti-capitalist,” Hertz explains. “Capitalism is clearly the best system for generating wealth, and free trade and open capital markets have brought unprecedented economic growth to most if not all of the world. Nor is the book intended to be anti-business. . . . I mean to question the moral justification for a brand of capitalism that encourages governments to sell their citizens for a song; to challenge the legitimacy of a world in which many lose and few win.”

The current globalized system, suggest these authors, is not working well. A significant backlash is under way, and it has only worsened since their books were published. But the system of free-market capitalism seems set to stay if only because no one can articulate anything better. Friedman doubts that we will see “a new coherent, universal ideological reaction to globalization—because I don’t believe there is an ideology or program that can remove all of the brutality and destructiveness of capitalism and still produce steadily rising standards of living.”

He observes that it is how societies are governed that is the most important variable in combating poverty. And globalization, properly used, can be a potent force for both freedom and improvement in government. Globalization flows both ways and potentially can benefit all with a connectivity that is proven to be a formidable weapon against poverty. To make globalization work for the good of all, says Friedman, whether at the level of government, commerce, technology or any other, we need a common mission, “a new vision for a new international system.” If we were less selfish, more compassionate, had greater vision and a higher regard for the good of others, what a different world it could be.

It is worth remembering that capitalism as a system is essentially amoral, or as Hertz puts it, “morally ambivalent.”

While all four books contend that capitalism will necessarily remain the basis of any globalized economy, it is worth remembering that capitalism as a system is essentially amoral, or as Hertz puts it, “morally ambivalent.” Capitalism needs a system of morals associated with it to make it work effectively.

Friedman examines this moral question in his final chapter by asking, “Where does God fit into all this?”

Because the Internet is the principal vehicle powering globalization, he asks, “Is God in cyberspace?” He concludes, “It is hard to look at cyberspace and say that it is being shaped by the hand of God, given the fact that the most popular sites in cyberspace are pornography, gambling and pop music.” Friedman pointedly asks whether the Internet can be compared to the ancient Tower of Babel. “After all,” he points out, “the Internet, too, is a sort of universal language outside the bounds of any particular culture. . . . a universal mode of communication that, at least on the surface, seems to make us all intelligible to one another, even if we don’t all speak the same language.”

He laments the Internet’s shortcomings in “empowering us to reach further into the world while exempting us from the real work required to build relationships and community with the folks next door.” Friedman would not be surprised to “wake up one day and discover that the Almighty has made the Internet crash just the way He did the Tower of Babel.”

The authors of all four books generally agree that globalization, as it is currently unfolding, is flawed, and that what is needed to make it work better is the widespread adoption of principles to guide how we treat others—by individuals, companies, regions and nations. Boiled down to their essence, those principles could perhaps be expressed as simply as “Do unto others as you would have them do unto you.” Only when that fundamental law is practiced can the abundant promise of globalization be fully realized.