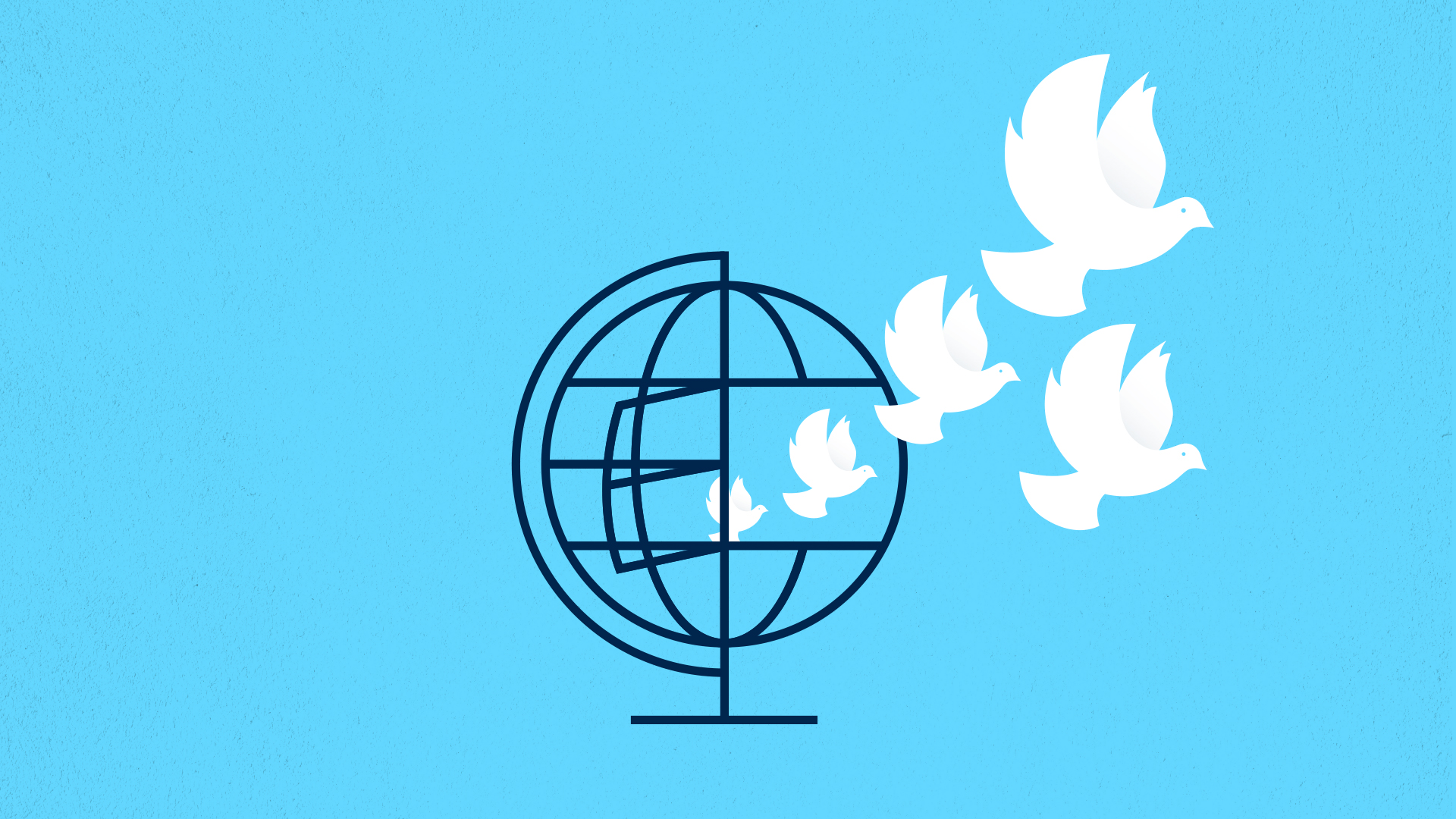 War and peace—opposites that unevenly define the entire human experience. Our recorded history is filled with violence against our fellow human beings, with only rare periods of extended peace. As World War II general Omar Bradley said, “We know more about war than we know about peace, more about killing than we know about living.”

But although it may not seem so, we happen to be living in a time when peace is prevalent throughout much of the world—the Middle East and parts of Africa and Asia being notable exceptions. Even so, the storm clouds seem to be gathering in places where ethno-nationalism has raised its head once more. A realist would say that war is inevitable in the human sphere, the idealist that peace is attainable. It’s often those who have witnessed violence firsthand who make the most passionate campaigners for peace.

Alex Bellamy has spent much of his career as an educator in peace studies, encouraging leaders in their “responsibility to protect” (R2P) against the worst forms of abuse and atrocity, including genocide. It’s perhaps this pragmatic background that makes his World Peace neither overly utopian nor hopelessly fatalistic. In this broad-reaching, commendable work, Professor Bellamy addresses the practical steps that can lead to effective peace building and peace making.

Yet when he calls attention to three correctives in setting up his purpose, some of his arguments are curiously lacking.

To encourage a deeply skeptical audience to consider world peace as a realistic goal, Bellamy’s first point is that peace is more common than we think. “Overall, most societies have enjoyed peace most of the time,” he writes, citing the ancient Minoans in Crete (ca. 3000–1500 BCE) and the Harrapans of the Indus Valley (3300–1700 BCE), the Phoenicians (1500–300 BCE), and the Mauryan empire of the third century BCE. Because of this and the current absence of war in many regions, Bellamy notes that the attainment of peace “starts to feel vaguely possible.”

Not only does this assessment provide little certainty, it also ignores the price paid in human life and property as a result of the destruction wrought in society after society over the past two thousand years. So many millions of people have perished in wars fought by dictators and their followers—from Julius Caesar to Napoleon, from Stalin to Hitler, Mao and Pol Pot—that no number of intervening peaceful periods can convince us that human nature has changed to become less violent. It seems more likely that we are in a lull between hot wars, with increasing numbers of civil wars and, according to many analysts, a new Cold War.

Second, Bellamy takes issue with the idea that the “rules-based order” of the past 70 years is now breaking down and that war is becoming more likely. In fact, he claims, there never was anything approaching an international order based on rules of peace. The great powers did whatever they liked and ignored their own rules when that was in their own interest. The world is now becoming more peaceful, he says, because nations recognize that war is too costly. In support of this he notes that “the escalatory trends [in violence] that emerged after 2010 have begun to taper off.”

But again, the consensus is that we are living through a time of great uncertainty, when almost anything can happen as the international system of the past seven decades crumbles under Russian aggression and Chinese expansionism, US withdrawal and EU fracturing. As a result, many have simply gone into wait-and-see mode as they weigh their options.

The third and most important consideration for Bellamy is that because “war and peace are human creations,” they can be managed. Human nature is not immutable, he writes, though he admits that “peace is neither inevitable nor irreversible.” It’s something “every generation must strive for because the forces that make war possible are likely to remain with us.”

And here lies the rub. If world peace is the aim of this book, it is by Bellamy’s admission a peace limited to some parts of the world, for some people, some of the time. It is not universal peace, because (as he also observes) there can be no guarantee that all nations and peoples will agree to war’s permanent eradication or adhere to policies to maintain peace.

In Barack Obama’s Nobel Peace Prize acceptance speech in 2009, he spoke about ways to build just and lasting peace. Having recognized that violence is as ancient as humanity and that evil is endemic to human society, he argued that peace could come only through agreements between nations, cooperation in developing and extending international institutions, respect for human rights, and widespread availability of economic opportunity.

“War, in one form or another, appeared with the first man. At the dawn of history, its morality was not questioned; it was simply a fact, like drought or disease—the manner in which tribes and then civilizations sought power and settled their differences.”

He based his prescription in part on John F. Kennedy’s remarks many years earlier: “Let us focus . . . on a more practical, more attainable peace—based not on a sudden revolution in human nature but on a gradual evolution in human institutions.”

Similarly, from Bellamy’s perspective, the best way to achieve “world peace in our time” is through a series of intermediate steps. This allows world peace to be thought of “as the combined product of lots of different minor utopias, not as something legislated from the top.” He bases some of his ideas on 18th-century philosopher Immanuel Kant’s Perpetual Peace.

Peace in Our Time?

Alex J. Bellamy begins his final chapter, “Towards World Peace,” with a prescription for achieving that elusive goal:

Preliminary articles for world peace in our time:

Definitive articles for world peace in our time:

Additional imperative article for world peace in our time:

Bellamy further lists three essential building blocks as necessary to achieving world peace. They are the modern nation state, the human mind and the human heart. That’s to say, no better organization of human beings has been found than the modern state. Yet alone it perpetuates division from other states. To overcome this tendency to promote difference, both our intellect and our emotions must be harnessed to the cause of peace. The mind is open to reason that war ruins human potential, and peace promotes advancement. The heart can be trained to value peace over war, compassion over aggression, and global sensibilities over nationalism.

It’s interesting and understandable that Bellamy rejects any top-down government resolution to the human dilemma of war or peace. He does so because of the failed grand utopias of the 20th century, espoused by Stalin, Hitler and Mao. It’s also because he recognizes that world peace cannot be achieved without change at the individual level, change that begins in the mind and heart of each person. Yet at the institutional and individual levels the real possibility for failure also exists. This is why Bellamy envisages progress only through minor utopias. It’s the basis of his first-chapter caveat: “The ideas and social forces that give rise to war now seem to be in the ascendancy. Unless they are met with countervailing activism for peace, our future may become more violent than our immediate past.”

“Because we have no world government, it takes only one bellicose state or society to keep war in business, for whilst one retains the will and capacity, war remains a possibility for all.” 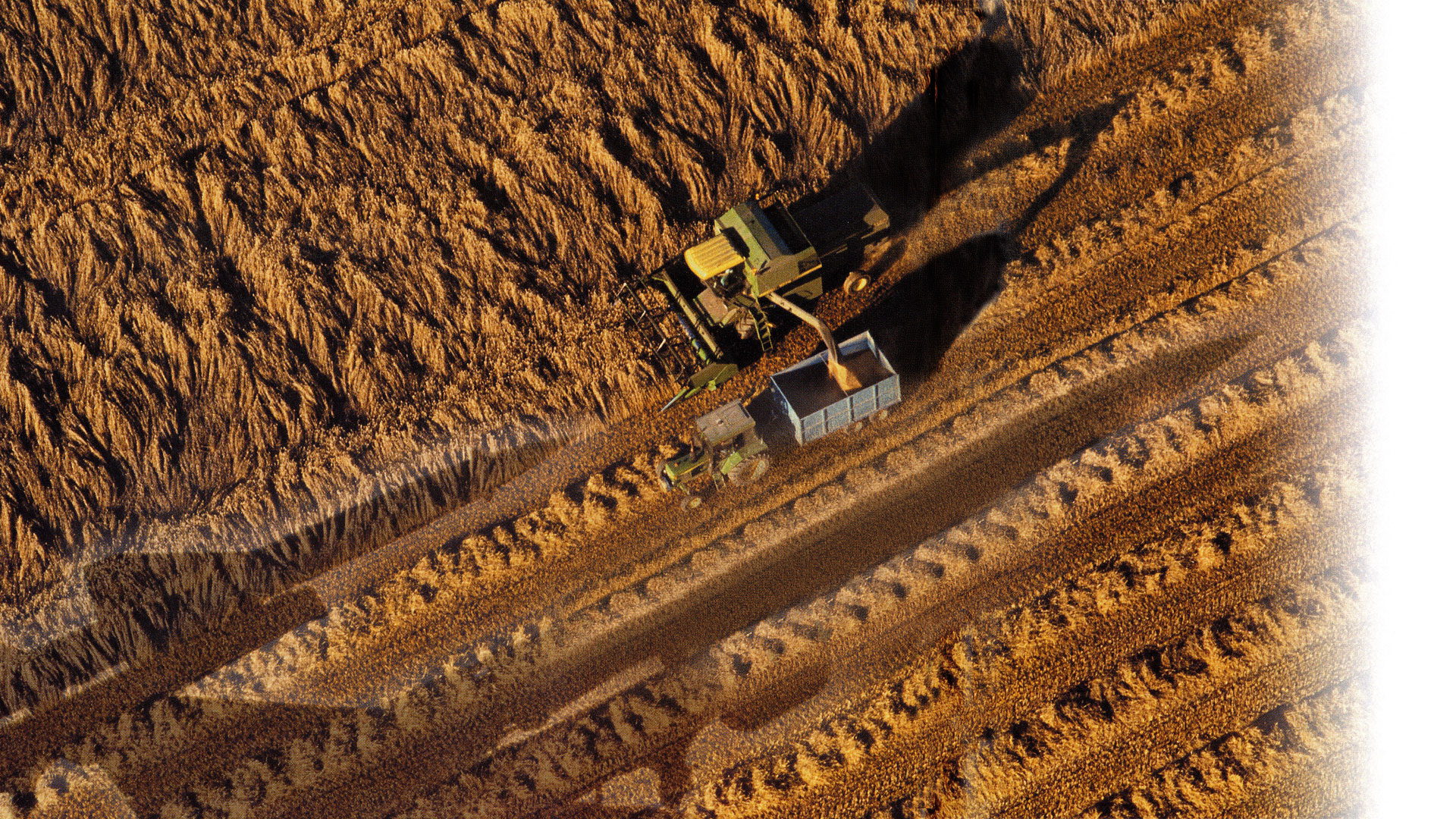 Bellamy recognizes that religious leaders have searched for peace alongside kings, politicians, philosophers, artists and activists. He knows that “the book of Genesis records that ‘the inclination of man’s heart is evil from childhood.’” But choosing not to accept the truth of this statement, he seems to look no further in this source for enlightenment. Certainly he quotes Barack Obama’s Nobel Lecture, in which he referred to humanity’s earliest encounter with violence: “War, in one form or another, appeared with the first man.” But he appears to characterize this truth as evidence of “Obama’s fatalism.”

Bellamy might be surprised to learn how much his observations of the human condition resonate with biblical truths. The New Testament writer James asks about the human proclivity for war: “Where do wars and fights come from among you?” The answer—in the form of a rhetorical question: “Do they not come from your desires for pleasure that war in your members?”—is consistent with Barack Obama’s understanding of the problem of human nature as revealed in Genesis. It accords with Bellamy’s own recognition of the impact of recent history: “The grim persistence of war and the abysses of violence that characterized the twentieth century bequeathed a legacy of deep-seated sceptics towards peace.”

His yearning for peace also coincides with many biblical principles and promises. But there is a difference between laudable minor utopias and the reality of a spiritual utopia of God’s making.

This better world is never far from our consciousness, celebrated as it is in Western art and culture. In the annual performance of Handel’s oratorio Messiah, we hear the words of the prophet Isaiah about His future role as the world-ruling “Prince of Peace.” In another passage from Isaiah, engraved on a wall across from the UN building in New York, we’re told that at that time the peoples “shall beat their swords into plowshares, and their spears into pruning hooks; nation shall not lift up sword against nation, neither shall they learn war anymore.”

When this promise becomes reality, it will signal the ultimate change of heart and mind for all peoples everywhere who desire peace.