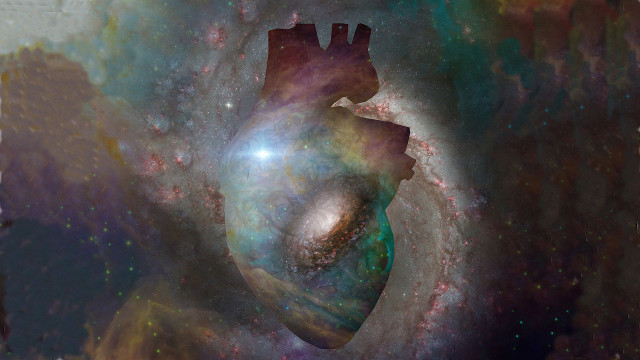 From the Golden Globes to the Academy Awards, the dawn of a new year brings the movie industry’s celebration season, when films are nominated and receive accolades for their artistry, quality and ability to tug at hearts. Awards acknowledge many aspects of a movie, but a film’s ability to move viewers is key.

At the start of 2015, few films generated as much debate as Interstellar. There were as many opinions on what awards it should, or should not, be nominated for as there were wildly differing conclusions about the film’s message and meaning. Interstellar examines, among other things, the power and meaning of love, but can a film do that subject justice?

“Interstellar is very upfront about being simple as a story,” says director Christopher Nolan. As his film tackles black holes, general relativity and travel between galaxies, this statement seems out of place. It’s an epic that pushes the bounds of filmmaking; in fact, some early reviews billed it the greatest space adventure since 2001: A Space Odyssey. It’s true that both films stretched creative boundaries in telling a story set in space, but the movies are quite diverse, particularly in the directors’ approach to communicating a deeper meaning. Instead of tackling philosophy allegorically,Interstellar is patterned on Nolan’s established storytelling formula: follow a problem deeper and deeper into a rabbit hole, and impart your message by stripping away the complicated details to reveal the simple human story.

Nolan, whose previous movies include Memento, The Prestige and Inception, has cultivated a dedicated audience. Instead of simply packing more action into his films, he adds layers of plot developments, creating intricate and ornate worlds. Each film offers a strong emotional experience, but Interstellar takes it a step further, asking the audience not only to experience these emotions but to examine them.

The director pushes viewers to question their understanding of such concepts as space, time and gravity, and to explore the possibilities of their interconnected nature. Those in the scientific community may grasp the essentials, but many layers of reality have yet to unfold, and much remains to be learned and understood. Nolan asks whether our understanding of love is just as incomplete. What is love?

For a simple story, that is not a simple question.

The film’s plot offers intricate detail, and it is there that difficulties arise. It didn’t take long for websites to pop up listing the film’s plot holes, some of which clearly detract from the story’s credibility. While this may cause some viewers to pull out of the experience, there is enough beauty, awe and emotion to carry others past the divots.

To be fair, Interstellar is not the first film with glaring holes in it. When remarking on the outlandish idea that you can kill a shark by shooting an oxygen tank that it has half eaten, JAWS director Stephen Spielberg noted, “If I have got them for two hours, they will believe whatever I do for the next three minutes.”

If viewers can set aside “the devil in the details,” the interaction between the characters begins to take center stage. Through that interaction the audience feels the emotion and begins to see the broader questions.

The main character, a widowed father named Cooper (Matthew McConaughey), is asked to travel across space on a mission to find a new home for humanity. As the story moves deeper into space, it delves further into the human experience.

Cooper is apparently the best candidate to save the species, but he must leave his children behind in order to do so. Throughout the film he faces the challenge of choosing between the good of his family and the good of humanity. His selfless love for his children is strong, powerful and positive.

But love takes two directions in this story. The most pivotal dialogue of the film is between Cooper and another adventurer, Amelia Brand (Anne Hathaway), who is in love with a member of a previous mission. She weighs the options of the mission and discusses the roles that love plays in decision-making. Cooper recognizes that his love for his children is based in part on social utility, in this case to perpetuate genes, while Brand notes the remarkable draw of a kind of love that extends beyond social utility. She speculates that love might be an “artifact of a higher dimension that we can’t consciously perceive.” Both Cooper’s love for his children and Brand’s love for her distant heartthrob start as pure emotion; social utility may play a part, but as the movie progresses, other aspects of love seem to transcend it.

Some of Nolan’s previous films feature equally detailed storylines, but where they expose complex layers of physical reality, Interstellar uncovers complex layers of emotional reality. Human emotions can be as complicated as general relativity or quantum mechanics—and none more so than love. In that regard, the scale of the story moves from simple to grand: the vastness of space becomes an analogy for the human experience.

For all of its grandness, however, this is less a story of what’s on the other side of the universe than a journey into the furthest reaches of the heart. In a July 2014 interview at Comic-Con, Nolan noted, “It’s about what it is to be human, and what our place is in the universe. . . . The further you travel out into the universe, the more you realize it’s all about what’s in here,” he said, pointing to his heart. And so the movie shows not only the depths of human depravity but also the pinnacles of love.

Cooper is motivated beyond self-preservation; he wants to be there for his family. But how can he possibly choose between seeing them again and preserving humanity? Does Brand’s love hold the key?

Though Interstellar reaches upward into the cosmos, it directs our focus inward. Nolan challenges us to ask whether our understanding of love is complete. It’s a straightforward question, but the unfolding of the answer is a universe in itself.

Love is clearly a central aspect of humanity, but what makes it so? Is it simply a tool to be used to pass down genetic material, or is there something more?

Nearly 2,000 years ago a lawyer asked Jesus Christ which was the greatest commandment in the law. The answer to that straightforward question was “love,” but with two distinct aspects: love for God, and love for humanity. “On these two commandments depend all the Law and the Prophets,” Jesus added. The overarching reality was much more vast than the lawyer understood. Simple “love” implies much more than most have ever understood.

Interstellar asks, Do we understand the gravity of love? But it doesn’t answer the question; it merely suggests that we cannot grasp love’s depths on this plane of existence—that maybe it’s a physical force that is intangible.

Love does operate on a different plane, but it is not some mystical physical dimension, and it is possible to understand it on this plane of existence. When Jesus answered regarding the greatest commandment, He wasn’t speaking of love merely as an emotion but as the basis of our actions toward others. Do we treat others as we would like to be treated? Love that focuses outward extends in ways as incomprehensibly limitless as the universe.

Films like Interstellar push us to search for answers, to stretch our understanding. But maybe the greatest answers are not at the edge of the universe but closer to home. Maybe, as Nolan notes, it’s just realizing what’s “in here”—in the heart—that matters.