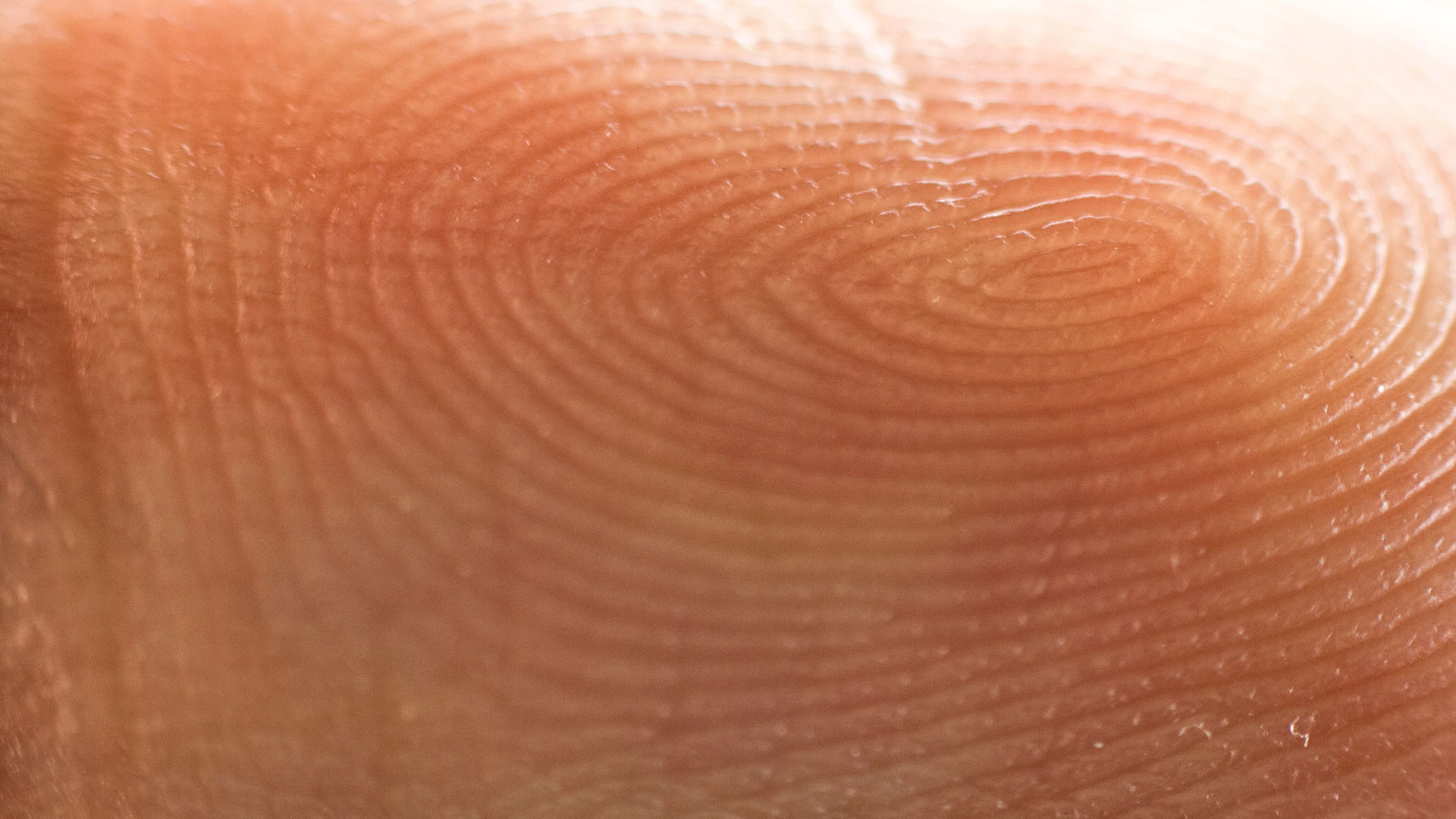 Mystery novels provide beachgoers and travelers with riveting reading material, and TV viewers never seem to weary of the investigative exploits of the detectives in their favorite weekly whodunits. It seems everyone loves a great mystery!

Since the revolution in molecular biology of the 1950s and 1960s, the emerging fields of genomics and bioinformatics have furnished humanity with a wealth of useful information. The biological sciences and modern medicine routinely rely on results of genetic testing in research. Forensic information garnered from DNA is commonplace in court proceedings and decisions.

Ironically, even as DNA evidence is used to solve many a mystery, this information-rich genetic material is a profound puzzle of itself.

Where did the functionally complex first cell come from?

Dr. Stephen C. Meyer directs the Center for Science and Culture at Discovery Institute, a non-partisan public think tank with offices in Seattle, Washington and Arlington, Virginia. Meyer has devoted over two decades of his career to the curious case he calls “the DNA Enigma.” His 2009 book, Signature in the Cell, DNA and the Evidence for Intelligent Design, released in June, 2009, chronicles his personal and professional investigation into the cause responsible for the origin of biological information in the cell.

While working as an exploration geophysicist in 1985, Meyer attended a conference in Dallas addressing the origin of the universe, the origin of life and the nature of human consciousness.

“It was an arresting discussion of what scientists knew they didn’t know,” says Meyer. “I was surprised to learn—contrary to what I had read in many textbooks—that the leading scientific experts on the origin of life had no satisfactory explanation for how life had first arisen. These experts, many of whom were present that weekend in Dallas, openly acknowledged that they did not have an adequate theory of what they called ‘chemical evolution,’ that is, a theory of how the first living cell arose from simpler chemicals in the primordial ocean. And from their discussions it was clear that DNA—with its mysterious arrangements of chemical characters—was a key reason for this impasse.”

Shortly thereafter, Meyer attended the University of Cambridge to study the philosophy of science and hunt down a plausible explanation for the origin of biological information.

Meyer considers the 1953 discovery of the double helix structure of Deoxyribose Nucleic Acid (DNA) by J.D. Watson and F.H.C. Crick a defining moment for origin of life theories. Their molecular model demonstrated the chemical and structural complexity of what had once been considered a simple cell. Watson and Crick’s discovery solved one mystery while simultaneously deepening another—the mystery of the origin of life.

“Their paper not only described the structure of DNA,” notes Meyer, “it also anticipated what later discoveries would confirm: DNA was a repository of information. Watson and Crick’s discovery would forever change our understanding of the nature of life. At the close of the nineteenth century, most biologists thought life consisted of matter and energy. But after Watson and Crick, biologists came to recognize the importance of a third fundamental entity in living things: information. And this discovery would redefine . . . what theories about the origin of life would need to explain.”

Meyer likens the modus operandi of a historical scientist to that of a dedicated detective. Historical scientists and detectives must gather clues, evaluate each one, and then compare the multiple hypotheses that the evidence produces. Lacking firsthand knowledge of the events they investigate, both sleuths and scientists must reason backward from lingering clues to logical causes.

“For this reason,” Meyer says, “the cell and its contents provide perhaps the most important clues about what happened to cause life to arise. Contemporary biology has shown that cells are a repository of information, and that the information they contain is essential for even minimal biological function. Consequently, origin-of-life researchers have realized that if they were to explain the origin of the first life, they would need to explain how the information in DNA or some other alternative molecular precursor arose.”

As a DNA detective collecting clues in pursuit of the culprit responsible for the biochemical complexity necessary to build the first living organism, Meyer rounds up all the usual suspects and brings them in for questioning. He traces the historical trail of theories attempting to explain the origin of life and finds that espoused explanations fit into three possible categories—chance, necessity, or chance and necessity working in tandem. In the subsequent lineup of proposed theories, Meyer concludes that none of the suspects can account for the first cause of biologically complex functional information. None were capable therefore none are culpable.

If all competing materialistic explanations were incapable of producing the functionally specific information now known to be in DNA and necessary to construct the first living organism, then where did this complex information come from? Meyer cites William Dembski’s method of design detection based on the presence of two indicators of intelligent activity—complexity and specification.

“Visitors to Mt. Rushmore in South Dakota infer the past action of intelligent design upon seeing some unusual shapes etched in the rock face. Why? The shapes on the hillside are certainly unusual and irregularly shaped, and thus, in this context, improbable. But beyond that, observers recognize a pattern in the shapes that they know from an independent realm of experience, from seeing the faces of ex-presidents in photographs or paintings. The patterns on the mountain match patterns the observers know from elsewhere. Thus according to Dembski’s theory, the faces on Mt. Rushmore exhibit a specification (or are specified). Since these particular shapes are also complex, the faces point, according to his theory, to intelligent design.”

Our experience in the world tells us that when we come across information that is both complex and specific, we should attribute it to the past activity of an intelligent agent, because intelligence is the only known cause of such information.

Evolutionary biologist Richard Dawkins represents the Darwinian perspective requiring that all higher forms of life must by necessity have evolved from lower or less complex forms of life. Modern neo-Darwinians are willing to concede living systems give the appearance of design, but in their view the random and undirected processes of natural selection simply mimic the maneuvers of a designer. Proponents of this position describe all appearance of design in the universe as illusory.

Nonetheless, the appearance of design in all living systems remains compelling for many people. “Public opinion polls suggest that nearly 90 percent of the American public does not accept the full-fledged neo-Darwinian account of evolution with its denial of any role for a purposeful creator. Though many of these people accept some form of evolutionary change and have a high view of science generally, they apparently cannot bring themselves to repudiate their deepest intuitions and convictions about the design of the living world.”

But can that collective intuition stand up to scientific scrutiny? Can a design theory be presented as a rigorous scientific hypothesis? Meyer proposes that it not only can, but argues that intelligent design is the only plausible theory with the power to explain the origin of the biological information that is inherent in all living things.

Meyer’s critics complain that the theory of Intelligent Design (ID) is not science but religion disguised as science. Some attacks have been acrimonious suggesting that he is simply a “creationist in a cheap tuxedo.”

When asked how he handles the allegations of the New Atheists, Meyer told Vision that the best approach is to maintain a focus on the merits of the argument and set the animosity aside. He simply asks that the rules of scientific investigation be applied consistently to all hypotheses. “Scientific theories must be evaluated by the quality of the evidence and the arguments marshaled in their favor. But if that principle applies generally, and specifically, in the case of materialistic theories of evolution, then it should apply to the assessment of intelligent design as well. If it does, then the metaphysical or religious implications of intelligent design do not invalidate the evidential case in its favor.”

Thrust onto the national stage of notoriety as a result of a controversy at the Smithsonian Institute in 2004, Meyer has been somewhat frustrated at being forced to defend the theory of intelligent design via media sound bites.

“If there is evidence of design or purpose behind life, then surely that does raise deeper philosophical questions,” he says. “Who is the designer, indeed? Can the mind that evidently lies behind life’s digital code be known? Can we as persons know something of the agent responsible for the intricacies of life? Is there a meaning to existence after all? I have asked these questions for many years. What excites me about the theory of intelligent design and the compelling evidence now on display in its favor is not that the theory answers these questions, but instead that it provides a reason for thinking that they are once again worth asking.”

Signature in the Cell is Meyer’s comprehensive statement of the case for Intelligent Design. It merits reading by both amateur and professional investigators who share a vested interest in the outcome of the curious case of the mystery molecule and the origin of life.