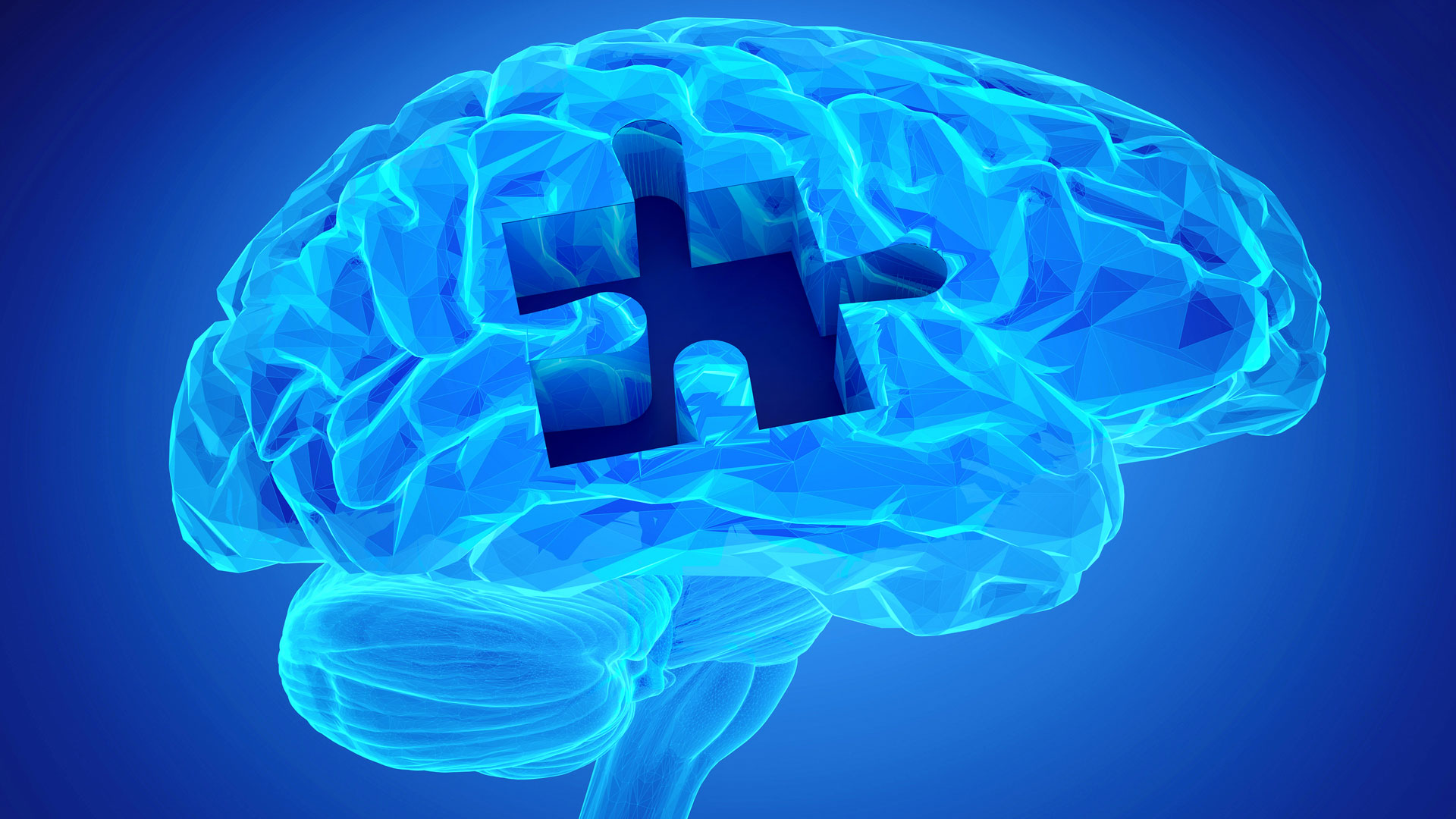 Does belief in God help or hinder people’s thinking? Does believing what we have been taught—perhaps as children—and acting on it make us stronger or just more prone to follow the leader and not think critically about important issues that arise in our lives?

What effect, if any, does religious belief have on us?

Even if you haven’t taken the time to ponder these questions, others have. Two books, both published in 2009, tackle the topic but come to very different conclusions.

In The God Virus, Darrel Ray, a psychologist and self-professed student of religion, suggests that religious belief is like a virus or a parasite. He claims that those who suddenly come to believe in a god become different people—radically for the worse—and he correlates this with animals hosting a parasite that makes them behave in non-instinctive or even suicidal ways.

To help make his case, Ray notes some of the frequent and not unreasonable criticisms of religion, such as the bickering and fighting between people of different faiths, the widely publicized sexual indiscretions of some religious leaders and clergymen, and stubborn reliance on blind faith on the part of many believers when confronted with opposing scientific data. And on that basis he paints all religion with a single stroke of his very broad brush. But can all religious views be dealt with so generally?

Ray doesn’t try to prove or disprove the existence of a supreme deity. He seems to presuppose that his readers agree with him that there is no God and that religion has no redeeming value, and he says as much in his introduction: in a note on terminology, he explains, “I use the term ‘non-theist’ to refer to you, the reader.” So he essentially confines his audience to those who already share his views.

The psychologist intimates that a believer’s faith is always misguided. He states that a once rational person, having experienced “a religious conversion,” will defend any irrational aspects of his new beliefs with such statements as “It is a mystery and we are not meant to understand it,” or “God expects us to follow his commands without question.” He thus paints a picture of blind faith inevitably trumping rational minds. What he doesn’t realize is that while people who make statements such as these are typically very sincere, the Bible provides no evidence to back them up.

“The main thing that separates non-theists from religionists is that we are not infected with a god virus.”

Ray states that “the big difference between science and religion is found in the presence or absence of error correction mechanisms. Through error correction, science builds a continuing body of knowledge that can be objectively tested and relied upon.”

Religious organizations that are unwilling to admit errors and set about to correct them are indeed going to face credibility issues. On the other hand, how much faith does it take to believe that given enough time, scientists will be able to answer the monumental questions of life, and that those answers will be final and error-free?

Ray was not always so cynical about God and religion. Disclosing that he grew up in a very strict religious sect, he says he had many questions over time that were simply never answered, and this led him to doubt and eventually turn away. His own religious experience thus clouds and biases his view of religion in general.

To bolster his position, he cites Albert Einstein as a respected individual who had serious doubts about the effectiveness of religious belief. It is true that Einstein didn’t believe in a personal God who directs traffic in the universe and in our lives. “I cannot conceive,” he wrote, “of a personal God who would directly influence the actions of individuals.” But he went on to explain in the next paragraph, “My religiosity consists of a humble admiration of the infinitely superior spirit that reveals itself in the little that we, with our weak and transitory understanding, can comprehend of reality.” So, even though he didn’t ascribe a face or a personality to God, Einstein did attribute the intricate design and beauty he saw in the universe to a higher, unseen power that he was quite content to call “God.”

Ray remarks, “For me, Albert Camus and Voltaire have been far more helpful than Jesus or Moses. Albert Einstein and Viktor Frankl have given me more moral guidance than any minister.” It is ironic, therefore, that Einstein wrote in 1937 regarding moral standards: “What humanity owes to personalities like Buddha, Moses, and Jesus ranks for me higher than all the achievements of the enquiring and constructive mind,” (Albert Einstein, The Human Side: New Glimpses From His Archives, 1979).

Andrew Newberg and Mark Waldman present a very different view in their book, How God Changes Your Brain. They set out to demonstrate that, far from being a destructive virus, belief in God has remarkably positive effects on the believer.

The authors, who are billed as “scientists with no religious agenda,” certainly do not approach the subject from a biblical standpoint. Acknowledging early in the first chapter that “neuroscience cannot tell you if God does or doesn’t exist,” they note that “if God has meaning for you, then God becomes neurologically real.” They then explore from a neuroscientific angle whether belief, whatever form it may take, benefits believers—even if they can’t actually prove God’s existence or if their concept of God is completely different from someone else’s. The brain doesn’t even worry about that, say Newberg and Waldman. Instead, the brain responds to the effect of belief: is it harmful or beneficial?

According to these researchers, benefit to the brain depends largely on how believers view the god they worship. Is it a kind god that teaches self-sacrifice and service to others for the good of all, or is it a vindictive god that allows or encourages followers to believe that it’s okay to inflict harm on others? If the latter, “such a belief can actually damage your brain as it motivates you to act in socially destructive ways.”

With this Ray would certainly agree. But his insistence that religious belief in general is destructive to the mind of the individual, and to society as a whole, is very much at odds with Newberg and Waldman’s findings.

“Recently there has been a spate of antireligious books . . . that argue that religious beliefs are personally and societally dangerous. But the research, as we will outline throughout this book, strongly suggests otherwise.”

A positive view of God, according to them, appears to go a long way in helping believers achieve not only peace but the faith that their belief will benefit more than themselves. Their “spiritual experiences . . . have the power to change people’s religious and spiritual orientations, as well as the way they interact with others.”

Faith is an important part of religious belief, and according to Newberg and Waldman, it is a basic human drive: “Behind our drive to survive, there is another force, and the best word to describe it is faith.” Their definition of the word is much different, however, than the biblical definition (“Faith is the substance of things hoped for, the evidence of things not seen. . . . He who comes to God must believe that He is, and that He is a rewarder of those who diligently seek Him” [Hebrews 11:1, 6]). Once again showing their humanistic perspective, the scientists offer their version: “Faith not just in God, or in science or love, but faith in ourselves and each other.” Newberg notes that “without such hope and optimism—synonyms for what I am calling faith—the mind can easily slip into depression or despair.”

Based on their research, the authors of How God Changes Your Brain go on to say that “spiritual practices also can be used to enhance cognition, communication, and creativity, and over time can even change our neurological perception of reality itself.”

“Mark and I are particularly disappointed with the lack of empirical evidence that these writers have cited that even mildly suggests that religion is hazardous to your health. The psychological, sociological, and neuroscientific data simply disagree.”

They further report the benefits of meditation (to which they also assign a broad definition by biblical standards) in improving memory, enhancing “one’s intention to reach specific goals,” or increasing awareness of whatever it is that believers deem important, such as feeling closer to their God. Also, note the scientists, prayer and meditation practices “permanently strengthen neural functioning in specific parts of the brain that are involved with lowering anxiety and depression, enhancing social awareness and empathy, and improving cognitive and intellectual functioning.” According to them, belief in God—however one defines that—can help rewire an individual’s brain to gain a better perspective of the world and of his or her interactions within that world.

It is somewhat ironic that neither Newberg nor Waldman would actually classify himself as a believer, so they have brought no religious bias to their work but have rather tried to be objective in their research. One could not say the same for Ray, who appears to be heavily biased because of the less-than-fulfilling experience of his own religious upbringing.

Ray’s conclusion is that we would do just fine without religion because we live in a civil society with laws and rules already in place. We should be able to navigate any remaining decisions on an individual basis as needed: “You are responsible for developing your own moral compass. Most of the time, it is not a big job. As a member of this culture, you already abide by and agree with the basic code of behavior.” He holds that members of any culture will come to right decisions without a moral code from a higher power, remarking that “you didn’t need a preacher to tell you not to steal, lie, cheat, rape, pillage, murder or to strive for honesty in your daily interactions and dealings with people.”

But where is the evidence of this in the world around us? Are honesty and integrity pervasive? If people should know on their own that it’s wrong to steal, lie or cheat, then why are stealing, lying and cheating so common? It appears that the moral code that Ray suggests should have developed on its own has fallen woefully short by even the lowest of standards.

Could it be that Newberg and Waldman, however humanistic their perspective, have hit on something in their research? Based on their conclusions, a neuroscientific truth underlies the words of one believer, the apostle Paul, to his fellow believers in first-century Rome: “May the God of hope fill you with all joy and peace in believing, that you may abound in hope by the power of the Holy Spirit” (Romans 15:13).

The fact that Ray wasn’t given satisfactory answers to his questions in childhood has led him to the logically flawed conclusion that religious belief as a whole makes no sense and leads only to misery. It’s equally illogical to conclude that because people have perpetrated terrible evils in God’s name, God therefore approved of their human actions. And haven’t the irreligious initiated similar evils? The problem is not God but man—including man’s misinterpretations of God and the countless man-made religions that have sprung up as a result.

Ray has nevertheless labeled all believers with the same unflattering generalization: in his view they are all infected with a debilitating virus. Though the research that Newberg and Waldman have documented is very broad in scope (in terms of their definitions), it strongly suggests a much more positive effect of belief on the believer.

The next question is whether we shouldn’t go a step beyond mere belief toward a more thoughtful and informed belief. To lead readers on that journey is the aim of the journal you are currently reading.