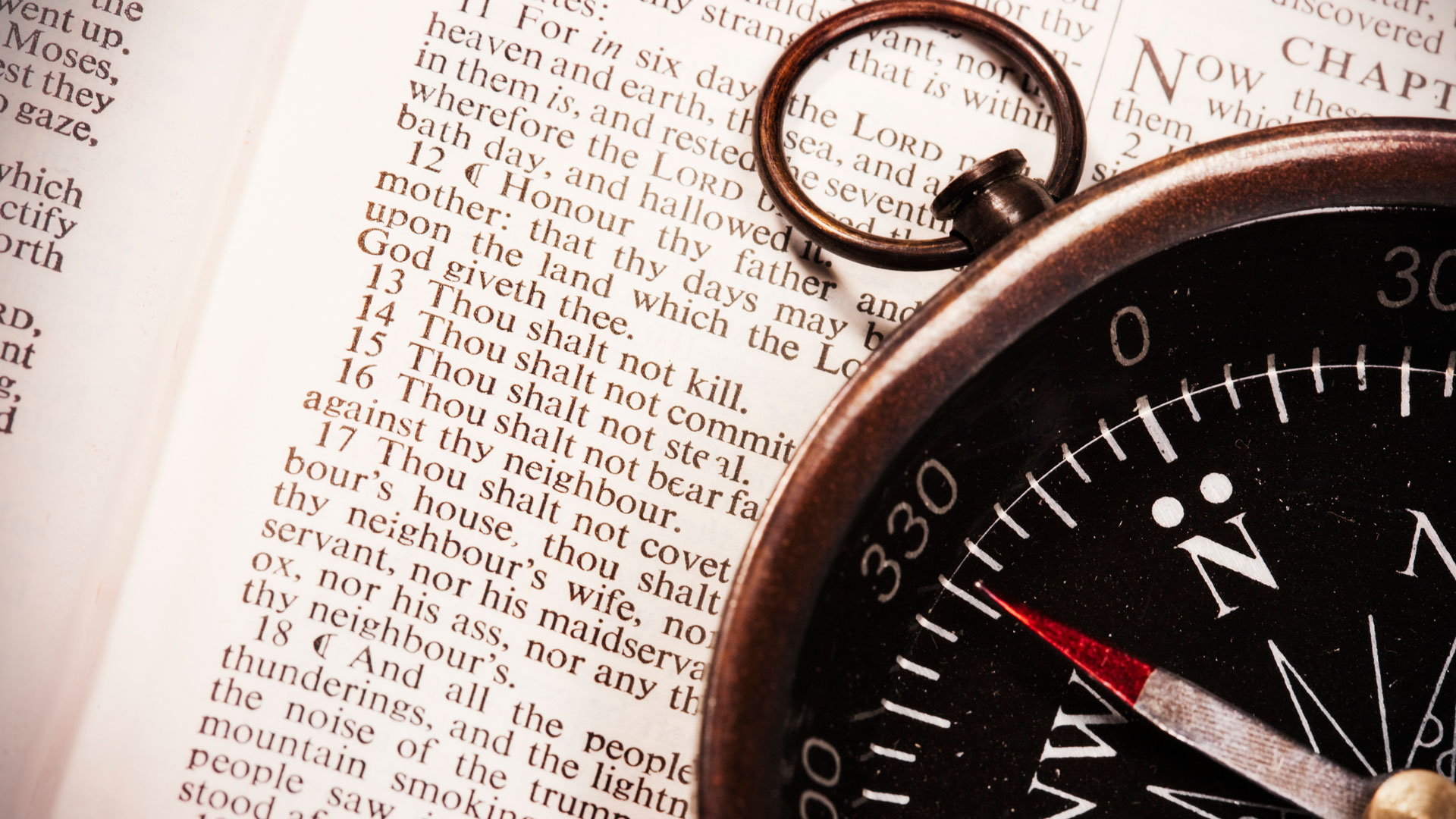 A compass is a relatively simple instrument based on a simple concept. With its northward-facing needle, it is a consistent and true indicator of physical direction. By placing moral in front of compass, we evoke a clear picture of mental processes that point a person in a particular direction in life. These processes are consistent and true indicators upon which personal belief and action can be based.

The concept of morality is also relatively simple at its absolute core. It denotes conduct or duties based on what is right and wrong. Morality is considered to be the basis of character and is wrapped around ethics.

A recent article in The Los Angeles Daily News serves as a good illustration. Written by reporter and columnist Tony Castro, the article was titled, “The Moral Compass Suddenly Goes South.” The clear implication is that society is generally going in the opposite direction of acceptable moral and ethical standards. The author makes a superb case based on the recent actions of notable public figures—starlets and celebrities who operate outside and above the common laws of society, sports superstars who see themselves as immune to prosecution, and politicians and religious leaders whose examples raise serious questions about right and wrong. Yet when it comes to the point of drawing a solid conclusion on which to base one’s moral compass, the author covers his tracks by quoting two experts—John P. Crossley Jr. whose expertise is religion and social ethics, and James Kellenberger, ethics and morality professor at California State University. Crossley diffused the case by pointing out that there has always been immorality and what we see today is no different than any other time in human history. Kellenberger claimed that, because more information is available today, there is a perceived increase in immoral behavior due simply to better observation and publicity. In claiming that the moral compass is facing south, Castro fails to define where north is. And so an excellent opportunity to educate his readership goes begging.

But it’s not unusual for modern writers to balk at making a clear statement of what the consistent and true indicators should be—and perhaps this is understandable when we consider the general mindset of Western society. Regarding the postmodern mind, Richard Tarnas writes, “There is an appreciation of the plasticity and constant change of reality and knowledge, a stress on the priority of concrete experience over fixed abstract principles, and a conviction that no single a priori thought system should govern belief or investigation. It is recognized that human knowledge is subjectively determined by a multitude of factors; that objective essences, or things-in-themselves, are neither accessible nor positable; and that the value of all truths and assumptions must be continually subjected to direct testing. The critical search for truth is constrained to be tolerant of ambiguity and pluralism, and its outcome will necessarily be knowledge that is relative and fallible rather than absolute and certain” (The Passion of the Western Mind). How can it be possible to construct a moral compass that can give the same north reading for all members of society when the mainstream belief of the population is that knowledge is endlessly evolving—that actions and beliefs must of necessity be fluid and adaptable to society’s changing popular culture?

Is religion the answer? Given the above mindset, even if religious organizations all taught the same ethical standards it would be difficult to establish a uniform moral north. But the larger problem with religion is that there is no agreed basis for morality. From the belief that a human leader has the authority to change scriptural injunctions, to the belief that there is no concrete moral law prescribed by the Bible, organized religion claims many “norths” that invalidate its authority to establish a true north. All this without even addressing the immoral conduct of many who claim to represent God!

It is not unreasonable to conclude that most today don’t want to know where north is in case that information would interfere with their lifestyle. Because of man’s propensity to always treat the effects instead of addressing the cause, the solution to wavering moral compasses will continue to prove elusive. Until society recognizes the need for a single absolute authority to establish the difference between right and wrong, no solution will ever be possible.