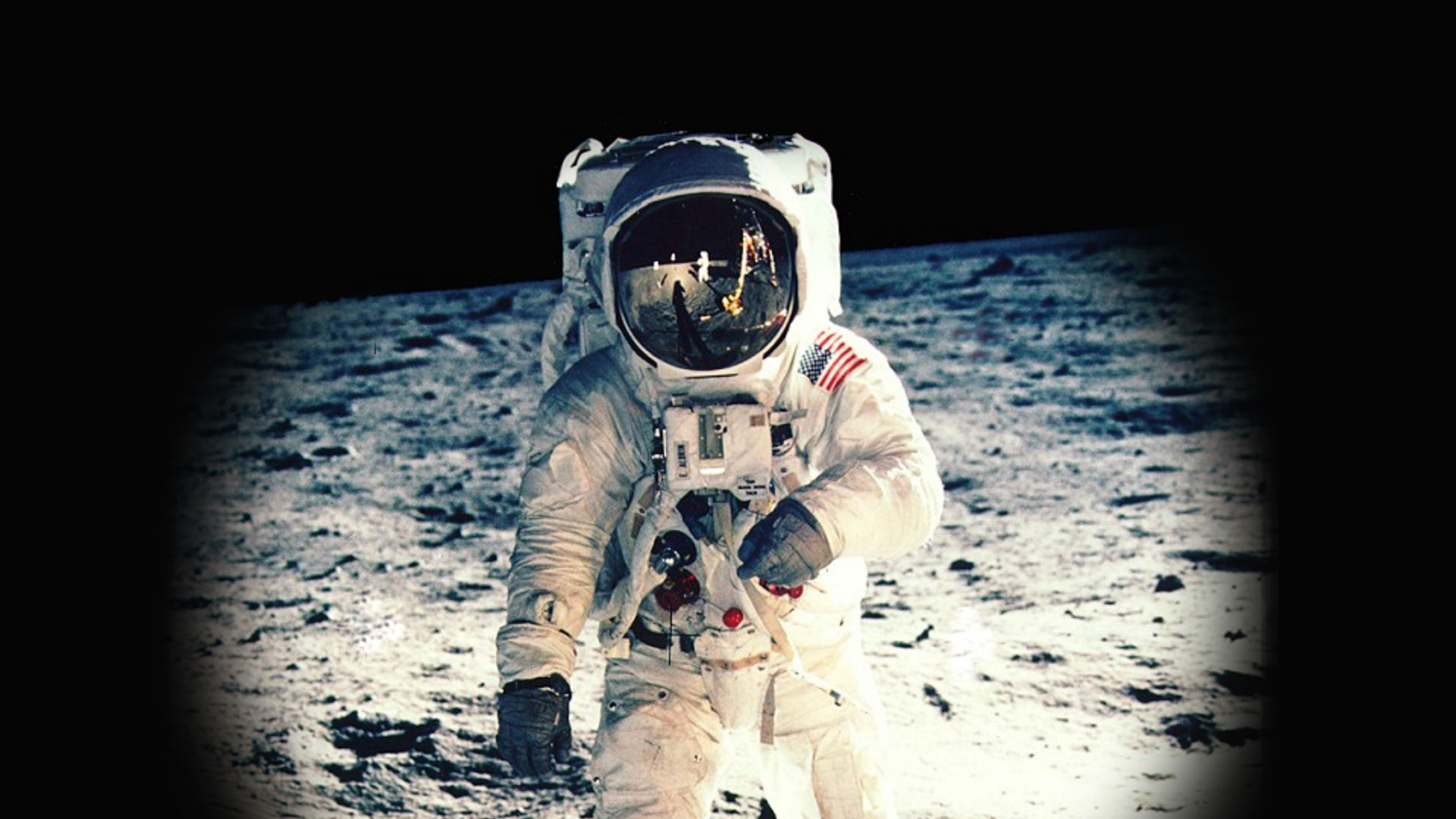 Space—the final frontier. It’s a phrase that takes on new meaning and evokes new challenges as time goes by. For some, it is nothing more than a movie or TV show catchphrase, but beneath the cliché is a fundamental truth: we are explorers. At the outset of the American space program, the National Academy of Sciences Space Science Board clearly recognized, even before the imaginary Star Trek era, that astronauts—human beings, not just machines—were essential in the exploration of the cosmos. Its 1961 report noted, “the members of the Board as individuals regard man’s exploration of the Moon and planets as potentially the greatest inspirational venture of this century and one in which the entire world can share; inherent here are great and fundamental philosophical and spiritual values which find a response in man’s questing spirit and his intellectual self-realization.”

It was in this spirit that the plate on the leg of the lunar module assured, “We came in peace for all mankind.”

On July 20, 1969, Neil Armstrong and Buzz Aldrin made the first extraterrestrial steps for mankind. When the lunar module Eagle landed, its touchdown represented the decade-long collective efforts of thousands of laborers in dozens of industries. In the much larger backdrop of human history, the achievement of putting a man on the moon (and bringing him back, as President Kennedy suggested in 1961) satisfied a much greater urge than simply scoring the ultimate goal in the space race: that “one small step” for a man was our first great leap into the realm of the final frontier. The desire to explore runs deep in the human psyche; our will to explore the heavens is not a modern, technological desire. The cosmos has always drawn us upward. The question of whether or not the Moon will become humanity’s first stop in a much larger quest emerges powerfully at this fortieth anniversary. Once again, nationalistic urges and scientific desires are being stirred into a motley amalgam. Is a new space race beginning even now?

Before the advent of rocketry, 20th-century astronomy revealed a much larger and complex universe than was previously known. At a mere 240,000 miles overhead, with rare exception, the Moon is too close for our great telescopes to study; they are meant to bring us closer to things much dimmer and more distant. Like a child in a huge candy store, we wonder more about the contents of the jars on the upper shelves than those close at hand. Thus we continue to mentally wander and wonder at the vast universe that stretches ever outward for billions of light-years. Technological innovations now on the drawing board will give us even better eyes to view the myriad galaxies and planets. Will we find another Earth? Maybe life is as common across space as it is across this small planet. Our life-sustaining planet’s apparent uniqueness and our historical view of it and our presence as central in the universe may be an out-dated idea, an obsolete opinion based on too little fact and too much superstition.

Or is it? Does a more enlightened opinion make the Copernican principle—the idea that we aren’t privileged observers of the universe—a true picture of reality? Is the universe as homogeneous as the principle suggests? Does the fact that we exist make it just as likely there are others out there? We usually tend to find what we are looking for, but evidence of life elsewhere remains undiscovered. Although common in the movies, extraterrestrials are not easily found outside of our imaginations, and that brings us to the greatest overarching question of all: Is reality not objective? Is it fluid, subject to the molding of observation into what we imagine reality to be in a sort of collective human consciousness?

Does consciousness, in fact, create the universe? The argument for such an intertwining of mind, perception, and what we believe is real is gaining scientific weight beyond mere fringe popularity. Such strange concepts, once the realm of science fiction, have undulated among the sciences forming an odd metaphysical feedback loop. Even physicists are beginning to suggest that the qualities of the universe we observe are a function of consciousness. Do we exist in a kind of collective illusion manifested through the intertwining of quantum physics and our ever-improving ability to observe the cosmos? The most mysterious final frontier of all may well be the space between our ears: the human mind.