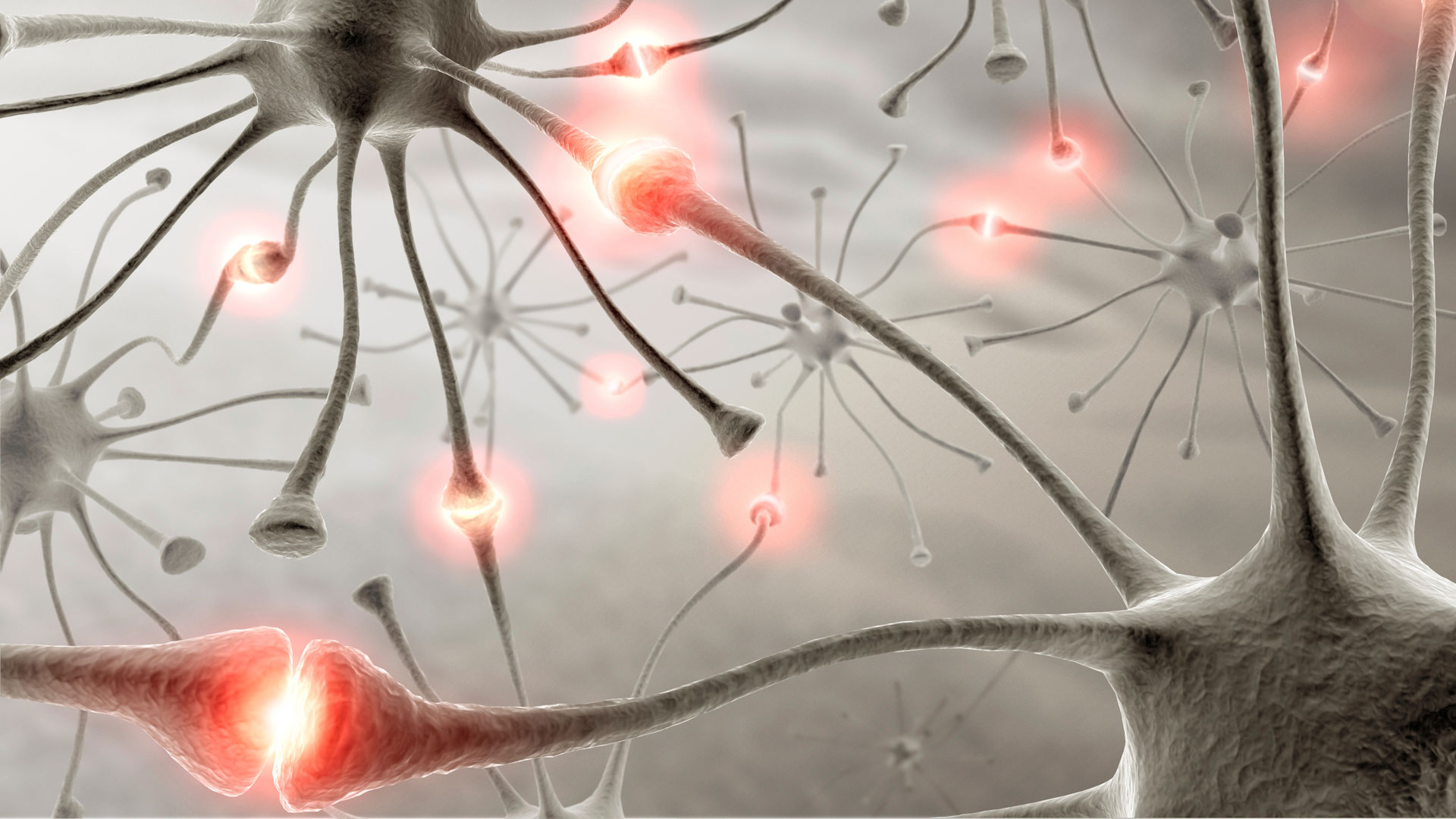 Within the brains of all animals and humans, continuous interactions and chemical communications occur between cells called neurons. These cells have the appearance of long fibers with fingerlike projections at both ends. At one end, the fingers serve as antennae; at the other end, as transmitters.

Neurons do not physically touch each other. The spaces between the transmitters of one and the antennae of another are called synapses. The receipt of a messenger molecule (neurotransmitter) at the antenna triggers a sequence of cellular activity that results in another messenger molecule being transmitted from the opposite end of the cell. These molecules cross the synapse to the next antenna, and so it goes, like a wave of dominoes. Messenger molecules are degraded or reabsorbed, and the neuron is again at rest, ready for the next wave.

Many thousands of neurons may be interconnected through these fingers, not only in series but also in a practically infinite variety of branching networks. Each cell becomes a hub, with spokes leading to other areas of the brain.

While the physical alignment of neural cells is presently seen as being determined genetically, the synaptic connections between cells are malleable and constantly changing. One could say the genes determine the floor plan of our mental house, but experience opens and closes doors, and moves and arranges the furniture to complete the living space of the brain.

But this arrangement, our “state of mind” as one could call it, is not rigidly set. During a lifetime of experiences, synaptic connections are continually made and unmade, forming a vast, ever changing neural network. The brain is different today than it was yesterday. As the brain provides the physical substrate of mind, we can therefore say that, at some level, our minds are constantly changing.

Coming to understand the synaptic processes that gather, store and retrieve information throughout the brain is the cutting edge of modern neuroscience. The impact of learning through experience is being shown to be more important than evolutionary psychology’s concept of innate determinism. In other words, the furniture within our mental house is not bolted to the floor, the doors are neither locked nor propped open. We should diligently manage and care for our mental household if it is to remain of good character, rightly integrated.