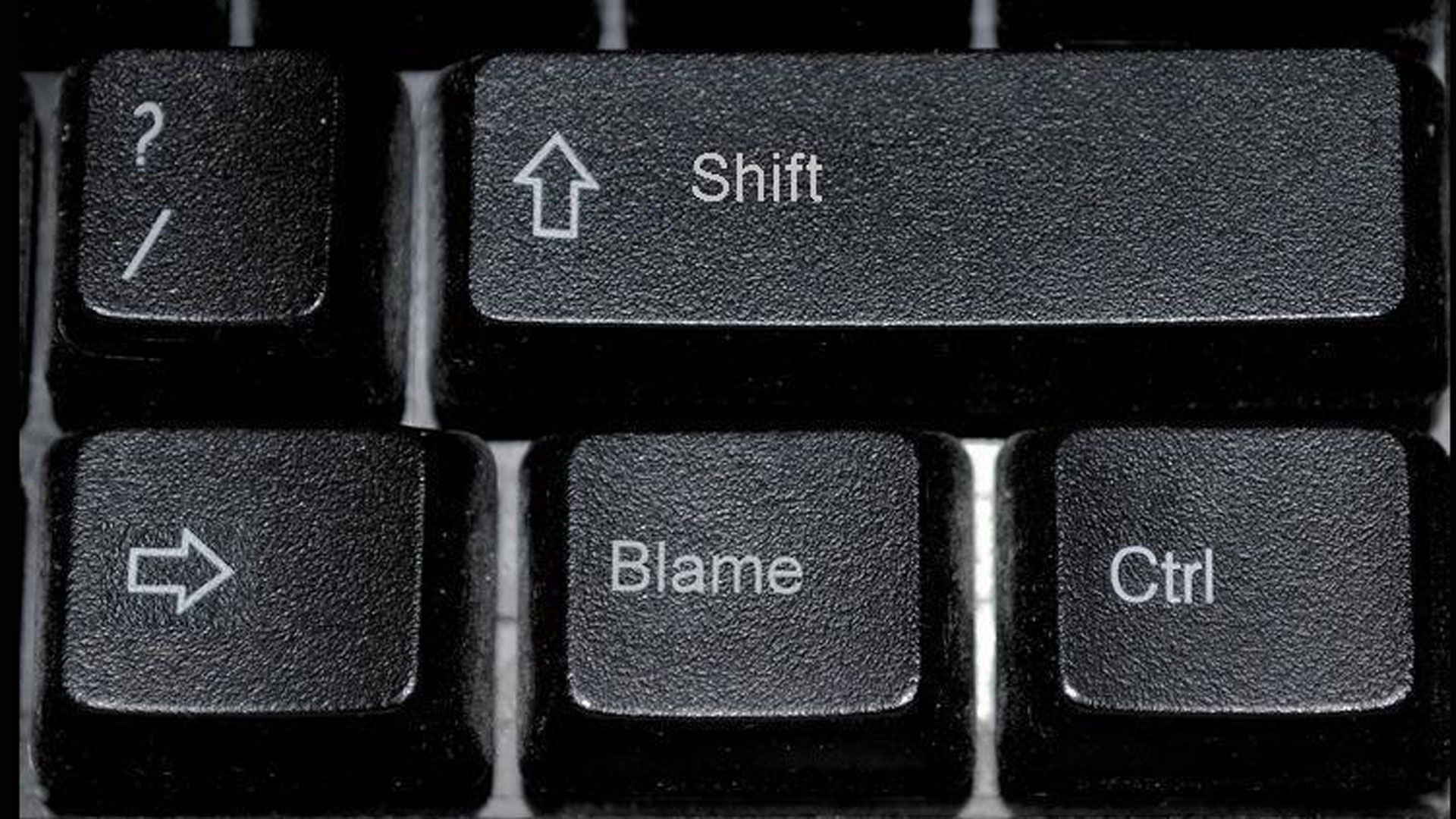 Everyone knows the drill by now. A study reports a connection between television and a social problem—we might use teen pregnancy as an example. The usual comments begin to fly: “Why blame TV and its sexual content,” one reader might object, “blame the parents—they’re the ones who are really at fault. They should take control over what their children watch.”

“It’s the media outlets,” someone else will almost certainly offer. “They’re out of touch with the values of ordinary families.”

Others might insist that the real blame should be laid on the lack of availability to teens of a particular resource, whether birth control, abortion, or a particular brand of sex education in the classroom.

It’s as though the search for solutions is a zero-sum blame game.

But the interest in finding solutions to problems like teen pregnancy is not about assigning blame. Nor is it true that if one factor is found to be a contributor to the problem, the other proffered factors are therefore innocent of any effect. In fact, uncovering the origins of any problem requires examining each of the relevant influences in the wider context of how the factors interrelate.

Behavioral scientist Anita Chandra and her colleagues at RAND, the international and independent research corporation, do not ignore this reality.

“In studying the association between television exposure and teen pregnancy,” they write, “it is important to recognize that television is one of many factors that may contribute to girls’ experiences of pregnancy or to boys’ responsibility for pregnancy” (emphasis added).

Chandra and her colleagues did investigate the subject, in fact, and their findings appear in the November 2008 issue of the journal Pediatrics. The Rand research team is the first to find that teens who watch high levels of sexual content on television double the likelihood they will become a parent within the subsequent three years. As they monitored the study’s subjects the researchers measured exposure to sexual content based on very detailed methods of categorizing individual scenes in order to rate the 23 different programs that were selected for the research.

“Our results indicate that frequent exposure to sexual content on television predicts early pregnancy, even after accounting for the influence of a variety of other known correlates of each,” said the Rand team. In addition, Chandra and her colleagues noted that television shows typically send teens the message that sex carries few risks or responsibilities.

But the researchers also acknowledged other factors that are known to increase pregnancy risk for teens. “Living in a single-parent household, low parent education, limited teen educational or career aspirations and ambivalent or positive attitudes toward pregnancy have been identified as critical influences of the timing of sexual initiation and first pregnancy,” they said. “There is also evidence that teen pregnancy risk is greater among teens with lower grades and those who engage in delinquent behaviors.”

In addition, previous studies have uncovered cultural differences in rates of early pregnancy. Latino teens have nearly five times the pregnancy rate of Caucasians, and twice the rate of African American teens. Father absence has also been shown to increase the risk of early pregnancy, as has childhood abuse.

Obviously, the variables listed here are so intertwined as to be almost impossible to disentangle. Latino and African American teens are more likely to live in disadvantaged communities and to have more positive views of early parenthood. They are also more likely to live in single-parent homes where the father is the absent parent. Working single mothers are not only challenged when it comes to monitoring the TV habits of their children, but they are also challenged when it comes to their earning potential, especially if they don’t have the support of extended family.

But there’s another reason single mothers may find advice like “just monitor what your child watches” a bit simplistic. Child development researchers have found repeatedly that girls with absent fathers are not only more susceptible to early pregnancy because they may be seeking male attention at earlier ages, but they are also at risk because they tend to enter puberty earlier than their peers. Granted, at first glance it’s difficult to see why early menarche should necessarily put girls at higher risk for teen pregnancy, but there are at least two factors that may come into play.

First, in 2004, the University of Chicago’s Institute for Mind and Biology found that girls with early menarche showed a significantly higher interest in infants than did their later-maturing peers.

A few months later, the Journal of Adolescent Health published a study by researchers at the University of North Carolina showing a link between early puberty and an earlier interest in viewing sexual content in the media. The trouble is, these early-developing girls were also more likely than their peers to come away from their viewing with the interpretation that these media messages constituted tacit approval of teen sex.

“Given that content analyses have found that the media do tend to portray sexual behavior as normative and risk free,” said the researchers, “we might expect that all girls would perceive the media as giving them sexual permission. However, in this study the younger earlier maturing girls were the most likely to interpret media content as sexually permissive.”

In fact, the researchers referred to the mass media as a “sexual super-peer” for early maturing girls. “It may be,” they speculated, “that the earlier maturing girls are looking for information and norms in the media because their real-life peers are not as interested as they are in sex and sexuality.”

In cases where their fathers are absent and their mothers are working hard to keep the family afloat, it may be that these young, early maturing girls are also looking for something to replace the close family relationships they are missing.

Of course, not all teen pregnancies occur in minority and/or single-parent families. But it isn’t a stretch to imagine that teens from intact families might sometimes be missing close family ties too.

This line of inquiry leads to what may be the single most important concept that cuts through the tangled web of factors that influence teen pregnancy: if children are to develop the skills they will need to make responsible decisions as teens, they require the support and concern of involved adults who are committed to nurturing, teaching and guiding them from infancy through adolescence. Unfortunately, even if they have two parents, they might not be guaranteed this basic requirement, and sometimes even “perfect” families encounter challenges to providing it.

This is where extended family and community become important. Perhaps it really does take a village to raise a child. When individuals and families are viewed as important building blocks of communities and societies, it becomes less a question of who is right in public debates over high rates of teen pregnancy, or even of who deserves the most blame.

Taking into consideration the many factors involved in complex problems like this one, in fact, it seems evident that there is plenty of responsibility to go around.