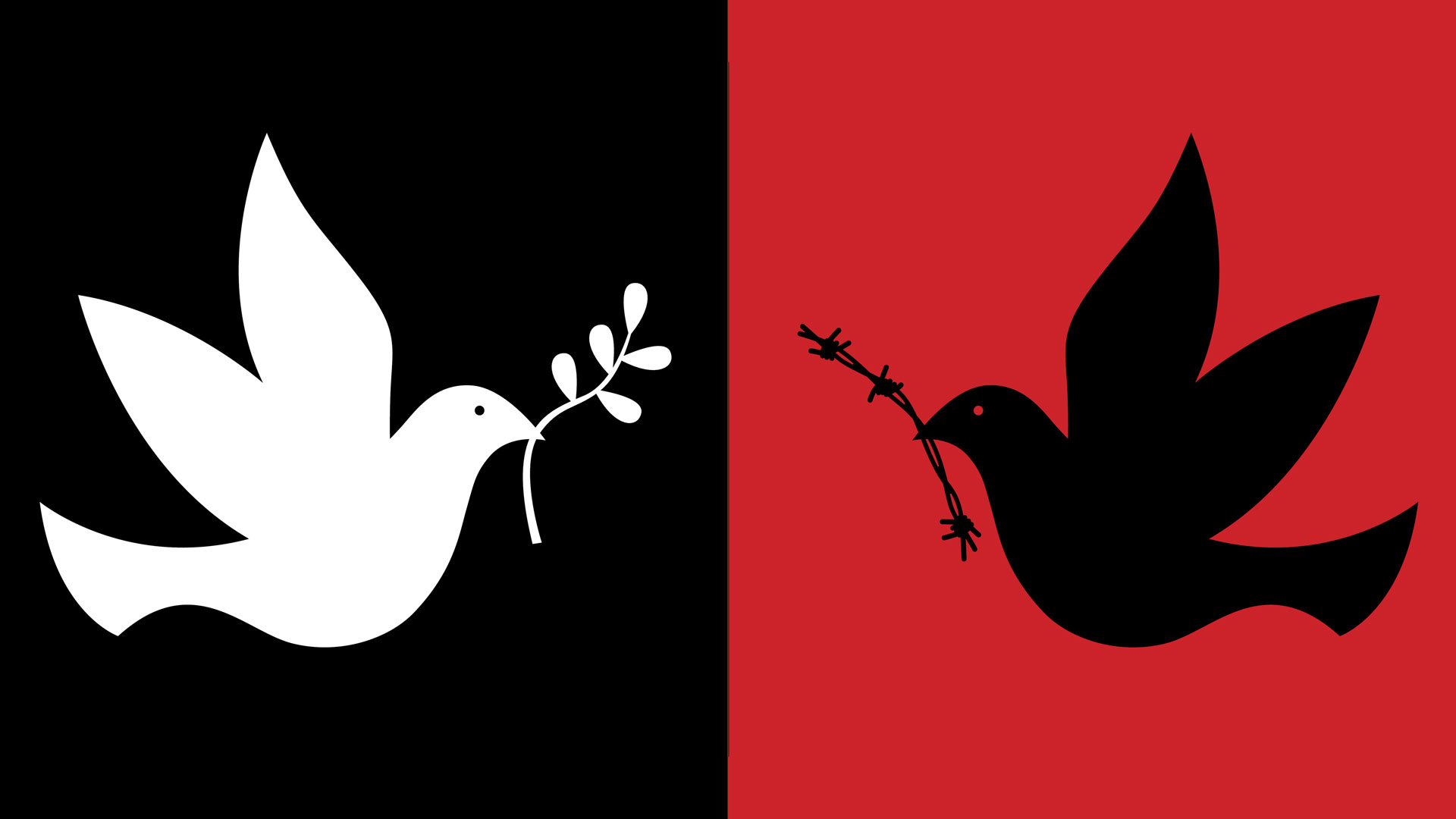 Following are a few key passages, not only about human conflict but about the eventual global peace that the Bible promises for a time yet future on the earth.

“Those conflicts and disputes among you, where do they come from? Do they not come from your cravings that are at war within you? You want something and do not have it; so you commit murder. And you covet something and cannot obtain it; so you engage in disputes and conflicts. You do not have, because you do not ask. You ask and do not receive, because you ask wrongly, in order to spend what you get on your pleasures” (James 4:1–3, New Revised Standard Version).

“Woe to those who plan iniquity, to those who plot evil on their beds! At morning’s light they carry it out because it is in their power to do it. They covet fields and seize them, and houses, and take them. They defraud a man of his home, a fellowman of his inheritance” (Micah 2:1–2, New International Version).

“[God] will judge between many peoples and will settle disputes for strong nations far and wide. They will beat their swords into plowshares and their spears into pruning hooks. Nation will not take up sword against nation, nor will they train for war anymore. Every man will sit under his own vine and under his own fig tree, and no one will make them afraid, for the Lord Almighty has spoken” (Micah 4:3–4, NIV; see also Isaiah 2:4).

“This is what the Lord Almighty says: ‘Once again men and women of ripe old age will sit in the streets of Jerusalem, each with cane in hand because of his age. The city streets will be filled with boys and girls playing there’” (Zechariah 8:4–5, NIV).