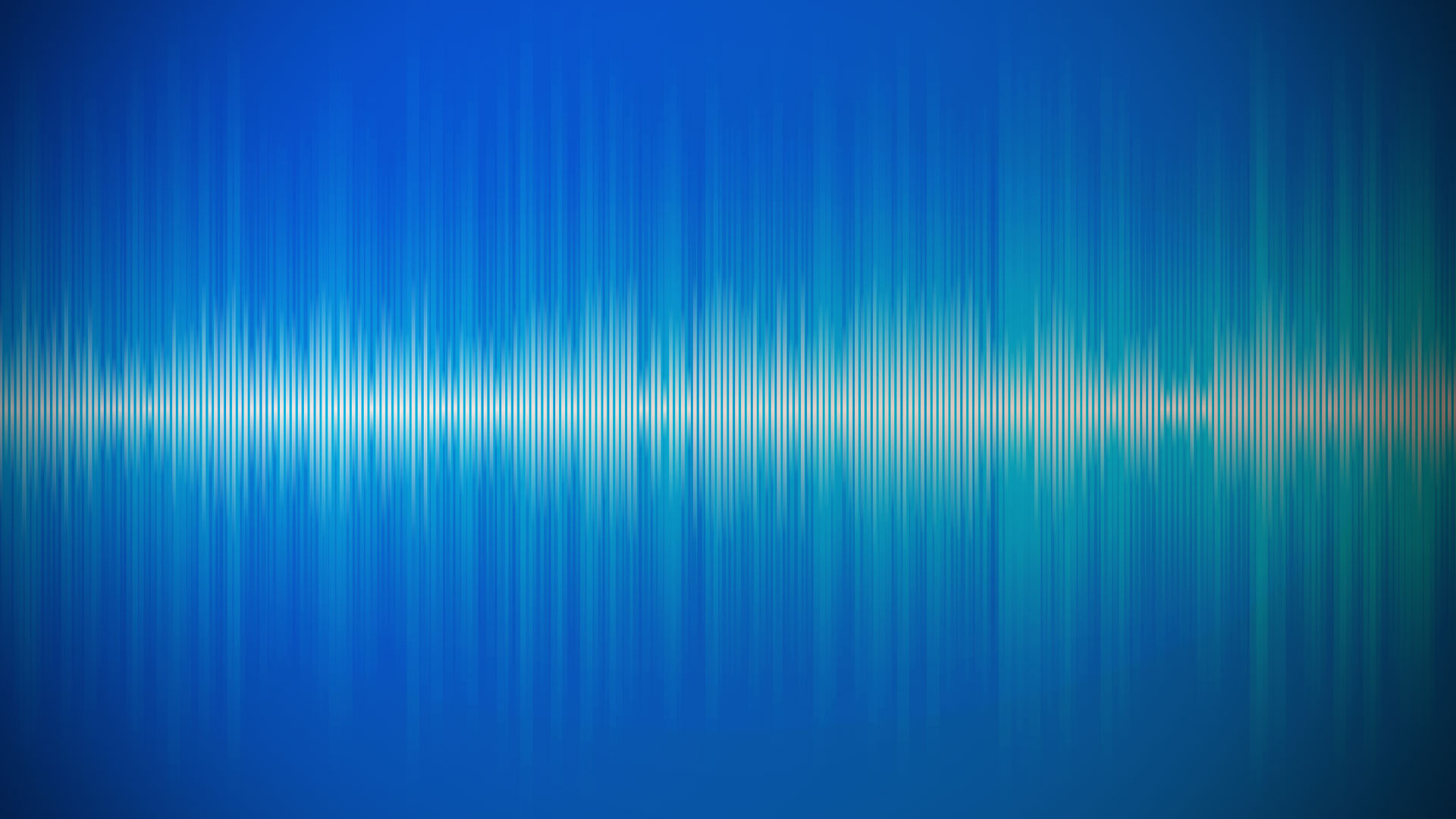 Most of the time, the planet we live on seems like a safe and stable place. But as recent events have proven, colossal forces determined by the physics of the earth slowly build up to be suddenly released in catastrophic earthquakes, volcanoes and tsunamis.

Vision was in the process of preparing an article on this subject when the Asian tsunami struck on December 26, 2004, with the catastrophic results we all know too well. Before a horrified worldwide TV audience, the Indian Ocean basin reeled following the massive earthquake and resultant tsunami, which together may have obliterated as many as 300,000 lives. All of us were forcibly reminded that Earth—and all of us along with it—is in fact quite vulnerable.

Bill McGuire, a volcanologist and professor of geophysical hazards at University College, London, expresses it this way: “The Earth is an extraordinarily fragile place that is fraught with danger: a tiny rock hurtling through space, wracked by violent movements of its crust and subject to dramatic climatic changes as its geophysical and orbital circumstances vary” (A Guide to the End of the World, 2002).

Each week approximately 10,000 detectable earthquakes shake our planet. About 2,000 of them can be felt, and on average, two of them cause damage. In addition, around 20 volcanoes are erupting at any given moment. Those who find themselves in the way of such traumatic events often wonder whether God is punishing them or whether the world is coming to a cataclysmic end.

Earthquakes and volcanoes are probably the most spectacular of all natural disasters.

It is a fact that earthquakes and their aftereffects have caused multiple millions of deaths over the course of human history. In terms of loss of life, one of the most catastrophic was the one that struck China in 1556, killing an estimated 830,000 people. And one of the most devastating in modern times struck Japan on September 1, 1923, registering 7.9 on the Richter scale. The quake, which shook Tokyo, Yokohama and the surrounding area, was followed by a tsunami, numerous landslides, and devastating fires. Within two days at least 140,000 people had died and the two cities lay largely in ashes.

With regard to volcanoes, nearly everyone is familiar with one of the most famous events in history—the 1883 explosions of Indonesia’s Krakatau (or Krakatoa), an island consisting of three volcanic cones between the islands of Java and Sumatra. Volcanic activity began in May and continued through August. Pressure built up inside the cones because gas escaping from the magma had no outlet, and like a steam boiler with its safety valve closed, they exploded with a series of powerful blasts on August 26 and 27. Four great explosions over the course of a few short hours hurled rocks into the air, some of which showered down on nearby ships. Inhabitants of the Indian Ocean island of Rodriguez, 3,000 miles away, reported hearing the noise. The force was so great that the northern half of the island (including two of the volcanic cones) collapsed and disappeared. This in turn generated tsunamis, with some waves coming ashore at heights of 130 feet. The destruction resulted in tens of thousands of deaths in the region.

In his book Krakatoa, Simon Winchester records that months later huge pieces of pumice thrown out by the eruption, some weighing several tons, drifted as far as the coastline of Africa at Zanzibar, about 4,000 miles away. Welded to the boulders’ upper surfaces were the macabre remains of dozens of human skeletons, together with the bones of animals such as monkeys and tigers that had been killed by the blast.

However, as calamitous as these events were, they seem benign and almost insignificant when compared with the geologic events that over millions of years formed the earth as we know it. Over the past 50 years, remarkable advances have been made in understanding the nature of the earth and the forces and events that formed it. They include the eruption of supervolcanoes and cataclysmic earthquakes, global plate tectonics, the Pacific “ring of fire,” the formation of ocean floors, and the formation and movement of continents.

The good news is that according to the geological record, such events develop over a vast expanse of time. The bad news is that in some places, another catastrophic event may be overdue.

The good news is that according to the geological record, such events develop over a vast expanse of time. The bad news is that in some places, another catastrophic event may be overdue.

One example is the caldera under Yellowstone National Park. In the prehistoric past, the area was the site of three great eruptions: one of these spewed out more than 600 cubic miles of solid material. The amount of magma expelled caused the roof of the chamber under Yellowstone to collapse, forming a one-thousand-square-mile caldera. A second series of eruptions freed about 70 cubic miles of magma, which resulted in the 17-mile-wide Island Park caldera. A third cycle of eruptions is thought to have dropped ash over much of North America and to have formed the 30-by-50-mile Yellowstone caldera.

Eruptions have occurred in the Yellowstone area about every 600,000 years. But the last one was probably 640,000 years ago, so some say the next one is overdue. According to the U.S. Geological Survey, the three caldera-forming eruptions were, respectively, about 2,500, 280 and 1,000 times larger than the May 18, 1980, eruption of Mt. St. Helens in the state of Washington. “Together,” says the USGS, “the three catastrophic eruptions expelled enough ash and lava to fill the Grand Canyon.”

According to experts, the science behind another possible Yellowstone eruption is reliable; only the timing is uncertain.

According to experts, the science behind another possible Yellowstone eruption is reliable; only the timing is uncertain. The BBC, in conjunction with other sponsors, recently aired a £2.8 million TV docudrama that highlights the potential global fallout from a Yellowstone supervolcanic eruption.

Although there is disagreement among scientists about the significance of the threat, another disaster waiting to happen could be the Cumbre Vieja volcano on the Canary Island of La Palma.

A number of American and British scientists have been watching a chunk of volcanic rock on the west side of the peak, which cracked and slipped during its 1949 eruption. Larger than the Isle of Man, the massive rock is gradually slipping further and is poised to crash into the sea. A new eruption would likely trigger the event. When this may occur is uncertain, however. No one knows whether it will be in 10 years or in 10,000 years.

Geological hazards specialist McGuire comments: “What is certain is that at some point in the future the west flank of the Cumbre Vieja on La Palma will collapse, and the resulting tsunamis will ravage the entire Atlantic rim.”

He adds that “Steven Ward of the University of California at Santa Cruz and Simon Day of University College London’s Benfield Greig Hazard Research Centre created quite a stir recently when they published a scientific paper that modelled the future collapse of the Cumbre Vieja and the passage of the resulting tsunamis across the Atlantic. . . . Without considerable forward planning it is unlikely that the nine hours it will take for the waves to reach the North American coastline will permit effective, large-scale evacuation, and the death toll is certain to run into millions if not tens of millions. Furthermore, the impact on the US economy will be close to terminal, with the insurance industry wiped out at a stroke and global economic meltdown following swiftly on its heels.”

For centuries the ancients believed that volcanic eruptions expressed the dissatisfaction of the gods. Accordingly, they would offer a sacrifice—generally animal or human—in hopes of appeasing those gods and preventing catastrophes.

Throughout most of human history, natural disasters have been attributed to supernatural intervention. Andrew Robinson, in his book Earth Shock: Hurricanes, Volcanoes, Earthquakes, Tornadoes and Other Forces of Nature (2002), comments on this phenomenon:

“In Europe, earthquakes were God’s punishment for sin—according to the Church at least. When a gigantic one laid waste Lisbon in November 1755, the Inquisition responded by roasting the survivors in the fires of the auto-da-fé [literally “act of faith,” public execution ceremonies]; while the pessimist Voltaire published first a poem and then, in 1759, his famous story Candide. Both works attacked the Pope—for attributing the earthquake to Man’s lack of faith in God—and also the German philosopher and mathematician Leibniz—who optimistically held that God must have sent the earthquake as part of His plan for the Earth. Why Lisbon? Why not decadent London or Paris? questioned Voltaire in the poem: ‘Lisbon lies in ruins, while in Paris they dance.’”

Are these tragic events from the hand of a spiteful, cruel and angry God who flings natural disasters to earth with the express intention of inflicting suffering on weak and erring humans?

Even today natural disasters are often referred to as “acts of God.” But is this how such occurrences should be viewed? Are these tragic events from the hand of a spiteful, cruel and angry God who flings natural disasters to earth with the express intention of inflicting suffering on weak and erring humans? Alternatively, are such catastrophes a sign of the end of the world?

In the Bible God describes Himself as a gentle, loving, caring Father who has mercy and compassion on His children (Psalm 103:8, 13). He states that He wants all humanity to prosper and be in health. He expresses Himself as a Being who wants to create a world in which everyone can live in peace and safety, free from the fears of either natural catastrophes or man-made calamities caused by wrong ways of life or misuse of the earth’s natural resources (Isaiah 32:17–18).

But we do live in distressing times. Viewing just one day’s news prompts one to long for a fundamental change in this world. And the Bible does indeed foretell some very disturbing events to come. Yet, on closer examination, these passages also provide a picture of a time when God will intervene in human affairs to ensure human survival and bring to pass a new and better order of things on this earth.

The traumatic conditions pictured by scriptures detailing the end of this age will one day come to pass, including those that are associated with earthquakes. However, the tendency of some to interpret every devastating event as a sign of the impending arrival of the end of the world is not wise. In every case so far, such predictions have turned out to be untrue. The events prophesied in Matthew 24 and the book of Revelation will occur. And they will lead up to the return of Jesus Christ to this earth. However, Christ Himself told us that we cannot know precisely when this will happen (Matthew 24:36).

What should be our reaction to disastrous events that are certain to continue? Shouldn’t we be more concerned about our own spiritual condition on a daily basis rather than speculating and worrying that natural disasters are a sign that the end is near? After all, none of us knows exactly when we will die, but in an individual sense the time of our own end could be tomorrow. Wouldn’t it be better to prepare for that end and look forward to the fulfillment of the promise that humanity will survive? According to biblical prophecies, there is a new and infinitely better world coming, and it will be free from the devastating disasters of this unstable earth.