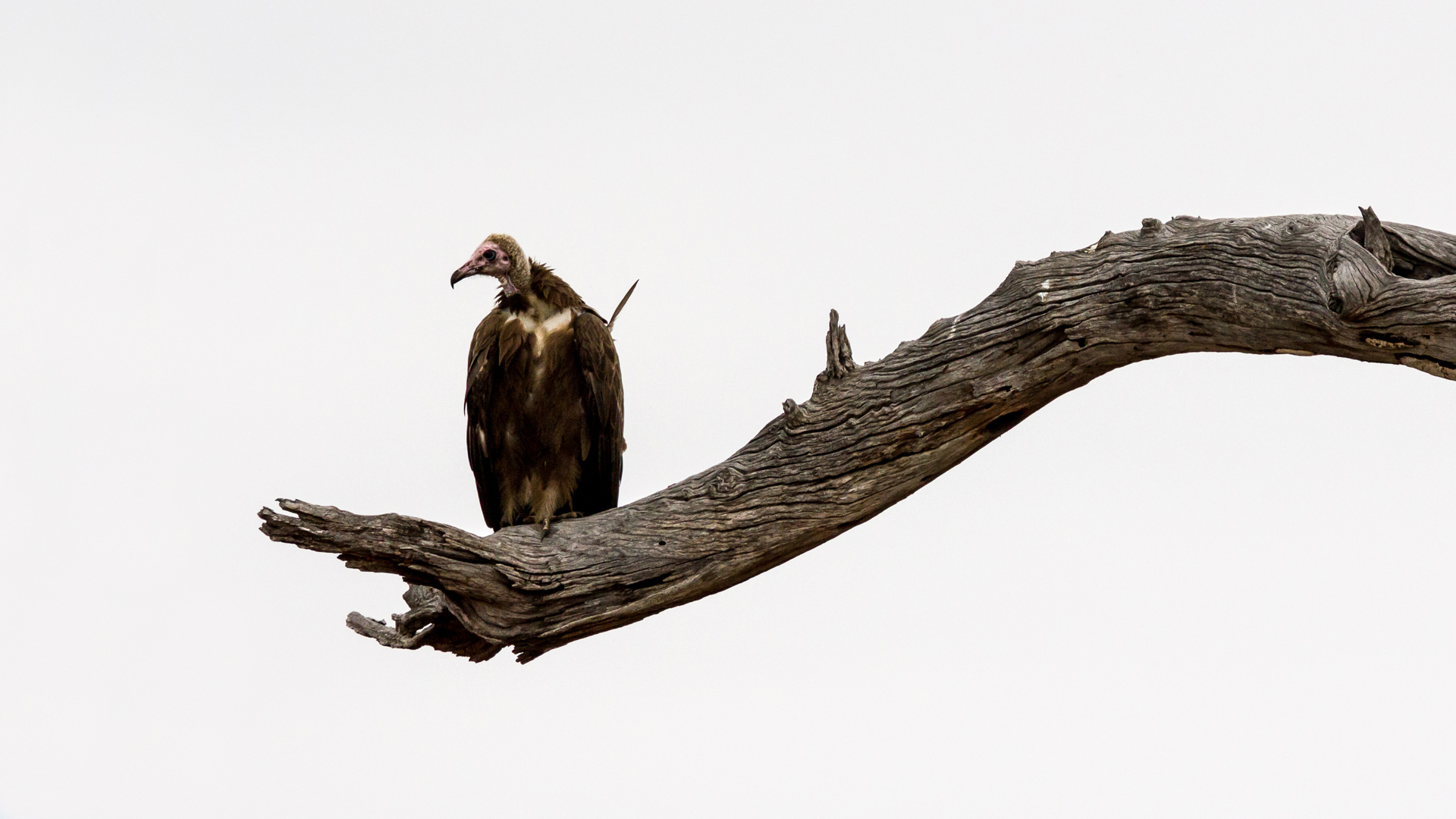 The Bengal famine of 1943 cost the lives of at least 3 million people. In the Soviet Union’s multiyear famines beginning in 1921, 1931 and 1946, it’s estimated that as many as 19 million died. The famine in China from 1959 to 1961 resulted in around 30 million deaths. In the 20th century, worldwide famine mortality amounted to more than 100 million. Of course, a devastating lack of food is not a modern phenomenon; one of the earliest recorded, in Egypt in 3500 BCE, survives visually on a relief on the causeway of the fifth-dynasty Pyramid of Unas.

It would be simple to explain all of these and the many other famines throughout history as the natural result of an imbalance between population and food supply. As one ancient source of wisdom, the biblical book of Ecclesiastes (5:11), states, “when goods increase, they increase who eat them.” So when the available food supply dwindles, those extra mouths compete for the limited resources.

Thomas Robert Malthus hinted that there might be more to it when he wrote in 1803: “Though the principle of population cannot absolutely produce a famine, it prepares the way for one in the most complete manner; and, by obliging all the lower classes of people to subsist nearly on the smallest quantity of food that will support life, turns even a slight deficiency from the failure of the seasons into a severe dearth; and may be fairly said, therefore, to be one of the principal causes of famine.”

What, then, are the others? In 1945 the Famine Inquiry Commission produced a report on the Bengal famine. Its findings on the exact causes have been much debated ever since. They have been variously identified as cyclone; brown spot disease; not being able to import rice from Burma, where a war was being fought; war-induced hoarding; the “boat denial policy” to prevent a Japanese invasion; the incompetence of local politicians; and the colonial power prioritizing food supplies for the war effort. Notably Amartya Sen, Nobel Prize winner, has argued that the main cause was not a lack of food per se but rather that market forces, hyperinflation caused by the war boom, and overprinting currency to finance the war put the price of rice beyond the reach of the poor. And so the debate continues. Joel K. Bourne Jr., agronomist-turned-journalist and National Geographic contributing writer, stated: “It now seems relatively clear that a true Malthusian dearth of food and inept government policies conspired to create the Bengal famine of 1943.”

“The Bengal famine proved to be a watershed event both in the response to famines and in overall world food supplies.”

The causes of famine vary from place to place and from time to time. Climate and natural disasters have a role in reducing crop yields, as do plant pests and diseases. Population growth places obvious strains on the system, and market forces can act to interfere with supply and affordability. Human agency can further exacerbate these factors: corruption; hoarding and profiteering; poor decision-making; bad policies; and failure to create the infrastructure to facilitate equitable distribution in times of need—all play their part. But humanity’s role in causing or prolonging famine does not stop there.

Cormac Ó Gráda, professor of economics at Dublin University, argues that in the past famines were often caused by harvest failure, but that in the 20th century they were more often caused by war and ideology: “Several of the past century’s major famines would have been less deadly—or might not have occurred at all—under more peaceful or stable political circumstances.”

In modern times, diverting food to provide for an army, such as in the Bengal famine, and naval blockades, as happened to Germany during World War I, are examples of deliberately restricting supply. In earlier centuries it was often the case that an army would cause food shortages and famines, living off the land and depleting local reserves; pillaging and destroying growing crops before moving on. Further, by laying siege to a town, a localized famine could occur, often killing more people than died in resisting the siege.

Are such scenarios now simply part of history? Can we avert further food shortages and famines, especially on the scales previously seen? Malthus never foresaw the industrial revolution and subsequent boom in world trade and development. Neither did neo-Malthusians foresee the green revolution. In relation to wheat yields, as a result of the introduction of new seed strains and greater agrochemical and irrigation inputs in the mid-20th century, Bourne writes: “It took a thousand years for farmers to increase wheat yields from half a metric ton per hectare to 2 metric tons. . . . It took only 40 years to increase those 2 tons to 6.”

Apart from the impacts of wars and civil uprisings, Ó Gráda feels that, “given goodwill on all sides,” famine can be prevented relatively straightforwardly. Greater global GDP, reduced transport costs, better communication and infrastructure for distribution, ubiquitous aid agencies and greater medical knowledge—all are cited as potentially helpful in making famine a thing of the past.

Of course, there are new challenges. Global warming and adverse weather events may result in a reduced land mass suitable for growing crops as climate-change impacts kick in. Then there are the pressures on land availability due to soil erosion, desertification and urban sprawl. Water scarcity is also a factor, as irrigation necessary for growing many crops drains aquifers and other water sources, reducing the water table in many major growing areas. More land is needed for growing crops to turn into biofuels. Likewise, as the world grows richer, more land is needed to grow feed for livestock to meet the increased demand for meat consumption. The involvement of investors and speculators in global commodity markets in these scenarios adds another dimension that affects demand and prices. Compounding the challenge, the world population is predicted to grow from around 7.3 billion currently to more than 9 billion by 2050. Bourne quotes 2009 World Food Prize winner Gebisa Ejeta, who says that to meet these challenges “we’ll have to learn to produce as much food in the next four decades as we have since the beginning of civilization.”

Bourne himself says that “producing food for more than 9 billion people without destroying the soil, water, oceans, and climate will be by far the greatest challenge humanity has ever faced.”

“Unless we put forth a global effort to change our trajectory, [the] primal elements that have enabled our species to flourish and dominate the planet will not sustain us much longer.”

Can we rise to this challenge? Will the Blue Revolution save us as we greatly expand aquaculture and also farm the seas as we do the land? Will genetic modification and new technologies enable us to grow higher-yielding, more disease-resistant crops that can flourish in a changing climate? Will we look back and wonder what all this fuss was about?

Let’s put things in perspective. According to the World Food Programme, there is currently enough food to feed the world’s population. And yet without all the additional pressures and challenges, some 795 million people in the world do not have enough food to lead a healthy, active life—about 1 in 9 people on earth. Poor nutrition causes the deaths of 3.1 million children under five each year, and around 100 million children in developing countries are underweight. Clearly all is not well, and it is from this precarious position that we face an uncertain future.

The November 2015 issue of National Geographic (dubbed “The Climate Issue”) includes an article titled “To Take Earth’s Pulse, You Have to Fly High.” It highlights the various new technologies that are helping measure and monitor the state of health of our planet’s various ecosystems such as land, forests and water. The article concludes by saying, “We humans and our technology are the only hope for curing what we’ve caused.”

While it’s good to take responsibility for our actions and do whatever we can to rectify adverse situations, there is a fine line between this and adopting an attitude of self-sufficiency. “We can fix it” has become a common refrain. Bourne ends his book by referring to the biblical account of Jonah, whom God sent to warn the inhabitants of Nineveh of impending disaster unless they changed their ways. By this we are meant to infer that we need to change the way we grow food, manufacture, consume, and relate to our natural environment. This is certainly true, but while Bourne uses the biblical account merely as an allegory, the true message of Jonah’s warning was that a fundamental change in human nature had to take place. The people had to repent of their violent and evil ways and humbly submit to God.

This is the consistent message God has given humanity throughout several millennia. In speaking to His chosen people Israel, He offered conditional blessings: “Blessed shall you be in the city, and blessed shall you be in the country. Blessed shall be the fruit of your body, the produce of your ground and the increase of your herds, the increase of your cattle and the offspring of your flocks. Blessed shall be your basket and your kneading bowl. . . . The Lord will command the blessing on you in your storehouses and in all to which you set your hand, . . . if you keep the commandments of the Lord your God and walk in His ways” (Deuteronomy 28:1–9, emphasis added; see also verses 10–14).

Ultimately Israel failed to do as God required of them and so reaped the opposite consequences. This has largely been the continuing human story: going our own way, making our own mistakes, and attempting our own fixes. Fortunately God has a plan to rescue humanity from itself. His direct intervention in human affairs will result in a future time of agricultural plenty: “‘Behold, the days are coming,’ says the Lord, ‘when the plowman shall overtake the reaper, and the treader of grapes him who sows seed; the mountains shall drip with sweet wine, and all the hills shall flow with it’” (Amos 9:13).

A time of sufficient food and drink for all is ahead. Until then, how much we have to endure depends on the mistakes we make and how long we continue to try to fix them using the same faulty human logic that caused them in the first place. The creation, of which we are part, needs to be reconciled to its Creator. Only then will a time of plenty and abundance for all be a reality.