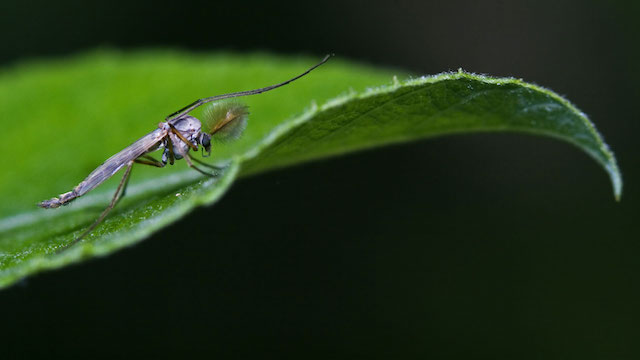 Of the more than 150 pathogens linked with emerging infections, roughly 75 percent are zoonoses—diseases that are transmitted between vertebrate animals and people.

One example is severe acute respiratory syndrome (SARS): humans can contract the disease if they eat the tissue of infected civets. Another zoonosis is monkeypox, which people can catch from monkeys, rats, squirrels, prairie dogs and other small mammals. Transmission occurs when a person is bitten by an infected animal, or if the saliva, urine or blood of an infected animal enters the person’s body through an open wound.

A zoonosis can also be transmitted via an intermediate vector—typically an insect such as a tick or a mosquito—which gets the pathogen from an infected animal reservoir and then passes it to people. Lyme disease, for instance, is carried by ticks, which pick up the virus from infected deer and then transmit it to humans.

The reason so many new disease problems are zoonotic, experts say, has to do with the fact that humankind is encroaching more and more on animal habitats. “People are coming in closer and closer contact with wildlife, and as their ecosystems overlap, pathogens start exploring new hosts,” states Klaus Stohr, director of the Influenza Task Force for the World Health Organization. In other words, if people overlap their ecosystem with that of chimpanzees, there’s a chance they will catch some of the diseases to which chimpanzees are susceptible.

When a virus resides in both humans and animals, there is almost no way to eradicate it. “If there’s a reservoir in animals, it makes whatever interventions you do in humans far less relevant,” asserts David Freedman, professor of medicine in the Division of Geographic Medicine at the University of Alabama, Birmingham. The reason, he says, is that even if you developed a treatment for a particular zoonotic disease and it was somehow possible to simultaneously treat every person in the world who had that disease, there would still be animals that could transmit it back to humans. Stohr agrees, saying that zoonotic diseases cannot usually be eradicated, because it is not possible to eliminate all of the animal reservoirs or vectors that might be carrying the pathogen.

There is an additional challenge with zoonoses in that they can become actual “human diseases,” where the pathogen is directly transmitted from person to person. Some scientists believe this is what happened with HIV (human immunodeficiency virus). “SIV (simian immunodeficiency virus) was probably introduced into human populations by the fact that monkeys are used for food and other purposes in Africa,” Freedman says. “Eventually the virus became genetically modified so that it could be transmitted from monkeys to humans. In the late 1970s the virus made another genetic leap, which allowed it to be transmitted between people, and this is the virus known today as HIV.”

The virus that causes SARS made a similar genetic change. Shortly after the disease was discovered in Hong Kong in 1993, people began catching it not just from civets but from each other.

“Once a zoonosis becomes a human disease, containment becomes a huge issue,” Freedman says. “No longer are you talking about an illness that can be caught only from a particular animal species in a certain part of the world—but from other people. With our geographically mobile world, that can be a real problem. If you get just a few infected worldwide travelers, a disease can go around the globe in a matter of weeks.”