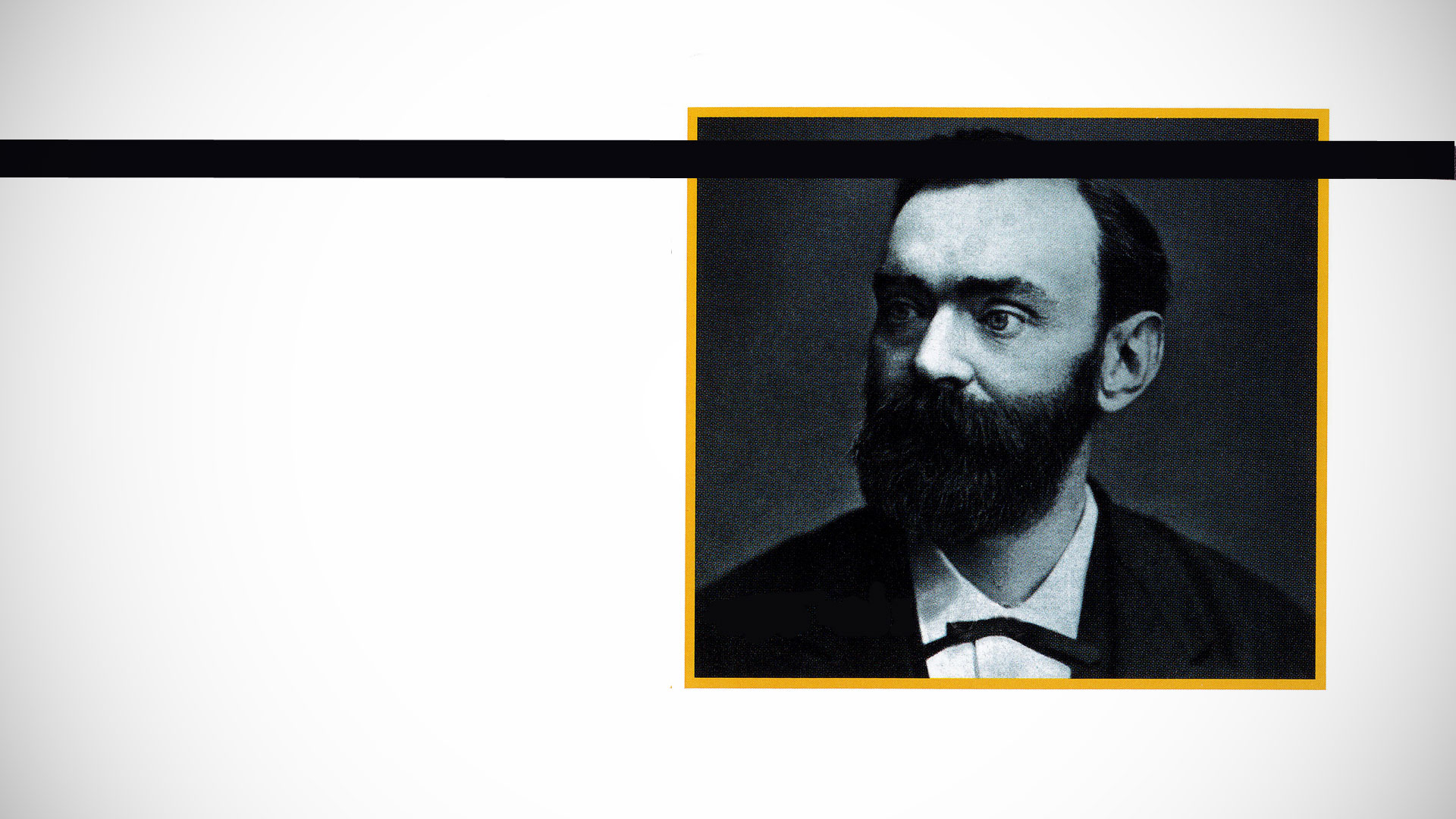 One hundred years ago this year, the world’s most prestigious scientific and humanitarian prizes were first awarded. Carrying out the final wishes of inventor Alfred Bernhard Nobel, his executors established an annual tradition of recognition in the sciences, literature and the pursuit of peace. The awards bring instant fame and celebrity to the recipients.

Nobel was born into a family of engineers on October 21, 1833, in Stockholm, Sweden, the fourth son of Immanuel and Andrietta Nobel. At the age of nine Nobel and his family moved to St. Petersburg, Russia, to join his father, who had rebounded from business bankruptcy in Sweden to success in Russia’s defense industry during the Crimean War. St. Petersburg, at that time, was a world metropolis that imprinted on young Nobel a love of scientific, social and cultural discovery.

Given a first-class private education that focused on both the humanities and the sciences, Nobel was a competent chemist by the age of 16 and able to speak five languages fluently. Excelling in the sciences, he spent a year in Paris studying chemistry and then traveled to the United States to work under the famous Swedish engineer John Ericsson, who built the Civil War ironclad warship Monitor. Upon his return to St Petersburg, Nobel went to work for his father designing explosive mines at Nobel & Sons Iron Foundry and Mechanical Workshop.

Nitroglycerine, which had been created by Italian chemist Ascanio Sobrero and then abandoned because of its dangerous instability, became Nobel’s passion. He was well aware of the volatile hazard the chemical presented—his youngest brother, Emil, had died in a tragic nitroglycerine explosion—yet this did not dampen his interest in explosives. He patented his first major invention, a blasting cap or detonator, at the age of 30.

In 1866, Nobel fortuitously made the discovery that changed construction and destruction forever. He discovered that nitroglycerine—when absorbed to dryness in kieselguhr, or diatomite (a porous, silicified earth that can be formed into a paste)—could be shaped into sticks that were safer to use and handle. Nobel coined the new product dynamite (from the Greek dynamis, “power”).

The middle of the 19th century was an unparalleled boom time for massive public works projects on both sides of the Atlantic: harbors, bridges, tunnels, dams, great canals and transcontinental railroads. All of these gigantic engineering projects required the use of dynamite to displace tons of earth and granite. Great armies also quickly found use for the new explosive, and so the so-called lord of dynamite made a handsome profit selling his sometimes murderous creation (often to both sides) in major European conflicts.

Labeled the “millionaire vagabond,” Nobel, who never married, was a reclusive, single-minded worker who incessantly traveled Europe protecting and expanding his industrial empire. There is little evidence that the razor-sharp businessman had many friends; it appears he preferred his inventions to human attachments. He continued to develop new explosive devices: blasting gelatin in 1875, and in 1887 a smokeless blasting powder called ballistite, which influenced weapons design for the next quarter century.

Nobel was often scathingly depicted as a war profiteer who grew wealthy by inventing new ways to maim and kill. Had it not been for a bizarre incident in 1888, he may never have bequeathed to the world the Nobel prizes. That year his brother Ludvig died, and the French newspapers incorrectly printed front-page obituaries for Alfred. Viewing the piercing headlines that claimed, “The Merchant of Death is Dead,” Nobel was able to read how he would be remembered.

By 1895, while in his early 60s, his health began to fail. Right to the point of his death, though he enigmatically considered himself a pacifist, Nobel was investing in armaments companies and conducting research in weapons technology. Inventions in this field—along with several of a more peaceful nature, such as artificial silk, and synthetic rubber and leather—made Nobel the holder of 355 patents. When he died of a stroke on December 10, 1896, his worldwide network of 93 factories was producing 66,500 tons of explosives annually.

The opening of his will attracted worldwide attention as it revealed that the bulk of his enormous wealth should be used to endow “prizes to those who, during the preceding year, shall have conferred the greatest benefit on mankind.” The prizes to be awarded were in the fields of chemistry, physics, physiology or medicine, literature and, ironically, peace. (The prize for economics was added in 1968 by the Bank of Sweden.)

Nobel lived in a tumultuous age of international activism in which politicians often resorted to military establishments to solve political conflicts, and yet the popularity of peace congresses was growing. Nobel himself put little faith in politicians or peace congresses, believing rather that by improving war matériel and thus increasing the dangers of war, he was contributing his share toward the pacification of the world. His fervent belief was in the promotion of scientific discovery and the ability of science to improve the human condition, because, he argued, “to spread knowledge is to spread well-being.”

While Nobel realized the need for peace, he was seemingly able to overlook the way in which his own powerful inventions were used.

he renowned annual peace prize goes “to the person who shall have done the most or the best work for fraternity between nations, for the abolition or reduction of standing armies and for the holding and promotion of peace congresses.” While Nobel realized the need for peace, he was seemingly able to overlook the way in which his own powerful inventions were used.

Albert Einstein, in a speech following the dropping of the atomic bombs on Hiroshima and Nagasaki in 1945, discussed the dilemma of scientific discovery in relation to peace. Einstein concluded that his own situation mirrored Nobel’s. “Alfred Nobel,” he said, “invented an explosive more powerful than any then known—an exceedingly effective means of destruction. To atone for this ‘accomplishment’ and to relieve his conscience, he instituted his award for the promotion of peace.”

Sadly, in retrospect, the prizes Nobel established have accomplished little in the quest for true peace. Though some claim scientific discovery and education to be the last, best hope for humanity, the 20th century has shown us that humankind, despite incredible scientific enlightenment, does not know the way to true, enduring peace.