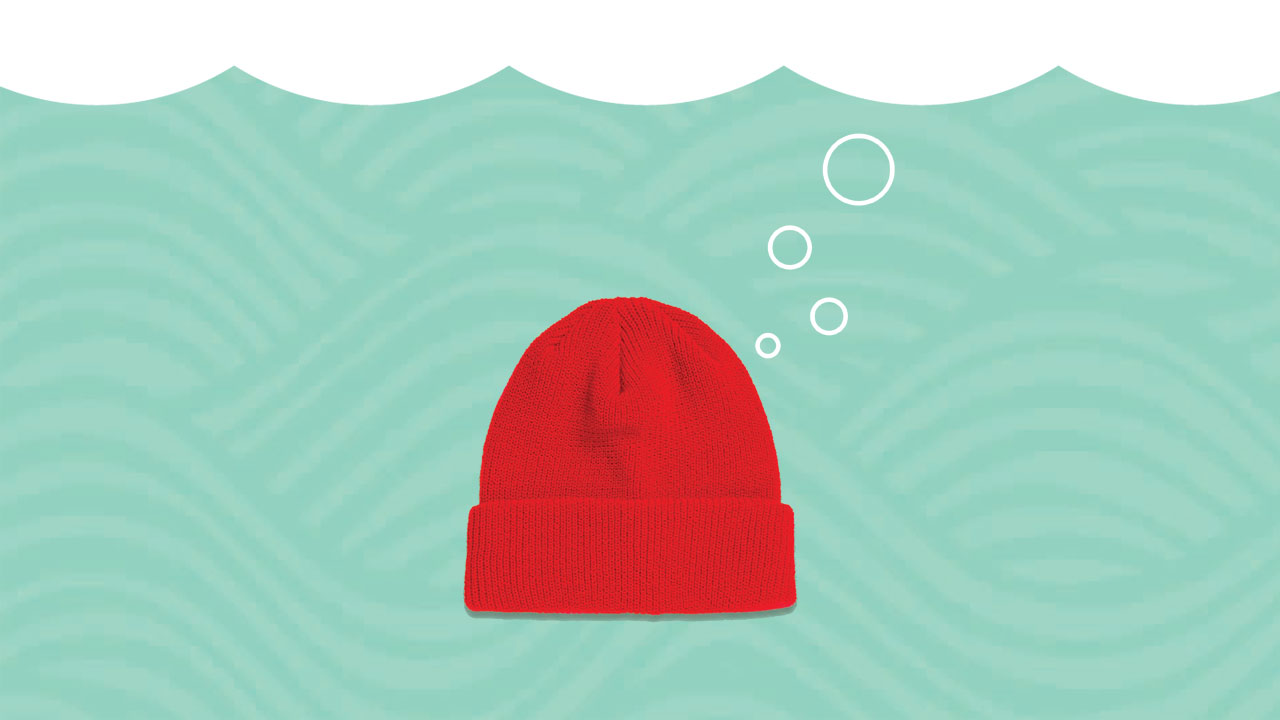 When a leading marine scientist told Jacques Cousteau in 1959 that the disposal of nuclear waste in the ocean was an unavoidable necessity—even though it might mean closing the seas to navigation and perhaps all human activities—the adventurer’s life took a significant turn. Working with the International Atomic Energy Association as a director of the Marine Radioactivity Laboratory, he hoped he could serve as a voice for the protection of the oceans. In the ensuing years he was willing to go to whatever lengths were necessary to protect the seas.

Jacques-Yves Cousteau was born in 1910 in the French village of Saint-André-de-Cubzac. His father, Daniel, was a lawyer and worked most of his life as a legal adviser and business manager for wealthy American businessmen. As a result the Cousteau family moved around a great deal, even to and from the United States, where Jacques and his older brother Pierre-Antoine completed some of their schooling and learned English by necessity.

The young Cousteau was shy around his peers until, somewhere around the age of 12 or 13, he acquired a 9 mm Pathé camera. Behind it, he was suddenly popular; everybody wanted to be filmed. He soon began writing and directing short movies, starring himself and some of his schoolmates. He filmed family weddings and parties and took every opportunity to develop his cinematography skills. It was the beginning of a life-long fascination with capturing the world around him on film and showing it to others.

Cousteau eventually attended the French Naval Academy with hopes of becoming a pilot. He graduated in 1933 and spent the next four years sailing around the world aboard the Jeanne d’Arc. Of course, he had his camera with him at all times. It was toward the end of his travels, records Jean-Michel Cousteau in My Father, the Captain, that Cousteau briefly encountered his future wife Simone while attending a party at her father’s home in Japan. After seeing each other at another party the following year, they embarked on a whirlwind courtship and married in July 1937.

In 1936, after that first meeting and shortly before he was to have earned his wings as a pilot, a near-fatal car accident in the hills of northeastern France almost cost Cousteau one of his arms and put an end to his dreams of flying. This indirectly set him on the course that made him one of the most famous and recognizable men on the planet by the late 1960s; it was during the lengthy recovery from his injury that a fellow naval officer, Philippe Tailliez, encouraged him to try swimming and diving as a way to regain strength and endurance.

The two took to the waters of the Mediterranean, together with Frédéric Dumas, a marvelously gifted spearfisherman and diver. The three friends soon became known as Les Mousquemers, “the musketeers of the sea.” They dove by apnea—holding their breath—and were dazzled by what they saw below the surface. All three enjoyed spearfishing, relishing the challenge of trying to catch prey so much better suited to the environment than they were.

During the lean years of the Second World War, their skills became necessary just to put food on the table, but it was exhausting work. The challenge was to ensure that they always caught enough to supply them with more calories than they expended in the hunt. At the time, Cousteau had to provide not only for himself but also for his wife Simone and their two young children, Jean-Michel and Philippe, born in 1938 and 1940.

In 1943, after Cousteau had successfully tested the prototype of the Aqua-Lung, the work of feeding his family and friends became unexpectedly easier: before returning to the shore with his revolutionary new breathing apparatus, he swam into a limestone cave and found its ceiling covered in lobsters. Cousteau effortlessly plucked some off the overhead rocks, relayed them to his wife at the surface, and then returned for more.

The Aqua-Lung consisted of tanks containing compressed air that was supplied on demand and at ambient pressure via the ingenious Cousteau-Gagnan regulator, as it became known. This was just one of many innovations driven by Cousteau’s desire to see and explore, and also to show others the wonders that he found beneath the surface in what he came to call “the Silent World” (adopted as the title of an award-winning documentary and a book, both of which spurred his rise to international prominence). He played a key role in developing all the gear used by modern scuba divers, from Aqua-Lung to diving mask to wet suit. Even the agile, manned submersible diving saucer in which Cousteau and his crew explored the oceans was something they had developed. He and his colleagues also pioneered underwater archaeology; using their new equipment to explore ancient and modern wrecks, they brought up countless artifacts—some as much as 2,000 years old—and gained valuable publicity in the process.

Over the course of his career, Cousteau turned his lifelong interest in making movies into more than a hundred documentaries. His first underwater movies were made with a regular camera sealed inside a canning jar. Eventually he and his team used specially designed waterproof cameras, and their documentaries aired around the world. Perhaps his most widely viewed and famous work was for The Undersea World of Jacques Cousteau, of which 36 episodes aired from 1968 to 1976 on American network television.

“Dad approached his material as a romantic, not an academic. His goal was to entertain, illuminate, transport, not to lecture.”

As Calypso logged more and more miles, however, and Cousteau and the crew revisited places they had filmed and documented over the years, he noticed the increasing toll that human activity appeared to be taking on life beneath the waves. He proposed the use of a “vitality index” to measure and compare the impact of pollution, commercial fishing and other human activities on the world’s reefs, seas and oceans. Cousteau came to lament humanity’s willingness to pollute or otherwise destroy the natural environment: “The sea is the global sewer, the ultimate receptacle, eventually glutted with all the pollution generated on Earth. Each time our population doubles, by some estimates, pollution multiplies six times—all of it into the fluids of life, all of it ending up in the sea. Out of sight, out of mind.”

But the sea captain identified what he considered a more serious form of assault on the natural environment: “Perhaps even more than pollution, mechanical destruction—I call it saccage—is severely damaging the sea’s environment. Pollution is often the result of negligence or ignorance. But saccage is a more deliberate aggression.” It includes poorly planned and executed coastal projects that can shatter fragile ecosystems, as well as the plundering of coral reefs and overfishing. The coastlines are home to an overwhelming majority of life in the sea and are under constant assault from all manner of human activity.

One Fish, Two Fish, All Fish, No Fish

Despite recent positive changes in some of the world’s enormous fisheries, problems of overfishing and habitat destruction remain very real threats to marine resources.

Cousteau lamented the shortsightedness of the fishing industry in the second half of the 20th century: “While Neopaleolithic man perceived the dangers of depletion, the modern industrial fisherman remains literally blind to the lesson; for he is the only huntsman who cannot see his quarry.” As industrial fishing technology reached a level of incredible sophistication—using sonar, spotter planes and massive factory ships, where fish are caught, processed and frozen in a continuous operation—the annual catch quickly overwhelmed the natural reproduction rate of global fish stocks. Fishing grounds that have been reliable for centuries can now be depleted in a matter of a few years—the so-called Tragedy of the Commons. “The tragedy,” wrote Cousteau, “lies in the fact that we have steadfastly refused to respect the fisheries as a commons. While the oceans once were nobody’s land, instead of making them everybody’s land, we made them somebody’s land. Basing future regulations on the ‘economic needs of fishing communities’ is not a new solution; it is the old problem.”

The Dominion of Man?

Recent technological developments make environmental stewardship more important with each passing day. Man’s capacity for destruction is ever increasing, and economic concerns too often drive decisions about how to use technology. The stakes are continually higher and require careful thought and planning about how to use natural resources (though such planning is often missing in the decision-making process). Of man’s present quandary, Cousteau wrote: “Suddenly, stumbling upon the secret of fossil fuel, he found himself the unexpected ruler of the planet. He has not yet mastered his supremacy. He does not understand that his survival now depends not on the conquest of nature, but on the protection of nature. Man has ascended to his level of incompetence.”

“People protect what they love.”

Although he was not a particularly religious man, Cousteau noted that the major religions offer many common teachings about the environment and man’s relationship with it. In his posthumous memoir, The Human, the Orchid and the Octopus, he remarked that “the ideals of the scriptures have remained compelling through a sweep of millennia that buried most other masterpieces. Those ideals clearly include environmental protection. The scriptures transmitted by God according to Jews, Christians, Muslims, Hindus, Buddhists, Taoists, and Confucianists—half the population of the earth—are clear: The glory of nature provides evidence that God exists; those who show no respect for nature show no respect for God. ‘They are without excuse because when they knew God, they glorified Him not as God,’ wrote Saint Paul. ‘Professing themselves to be wise, they became fools . . . For the invisible things of Him from the creation of the world are clearly seen’” (see Romans 1:20–21). Cousteau cited one scripture in particular as being widely misinterpreted and misapplied: “Replenish the earth, and subdue it: and have dominion over the fish of the sea, and over the fowl of the air, and over every living thing that moveth upon the earth” (Genesis 1:28, King James Version). All too often, he noted, there is a tendency to focus on the words dominion and subdue and to use them as divine permission to exploit the world around us. Cousteau was quick to point out that this verse also instructs men to replenish the earth, to care for it and use its resources in a sustainable manner: “We are blessed with the opportunity to live off the interest gained from nature’s capital.”

No matter how clearly various religious traditions may espouse environmental protection, humankind does not often base policy decisions, particularly economic ones, on religious documents. Decisions tend to be selfish, and selfish decisions are almost invariably shortsighted and bring with them undesirable and unforeseen consequences. Only the preponderance of scientific evidence seems to be enough to cause humanity to vary from whichever course seems most likely to bring the greatest personal gain.

This is the legacy of Jacques-Yves Cousteau. When it comes to good stewardship and protection of the oceans and marine life, much of what we know stems from the work of this undersea adventurer and his companions aboard a repurposed WWII minesweeper named the Calypso.