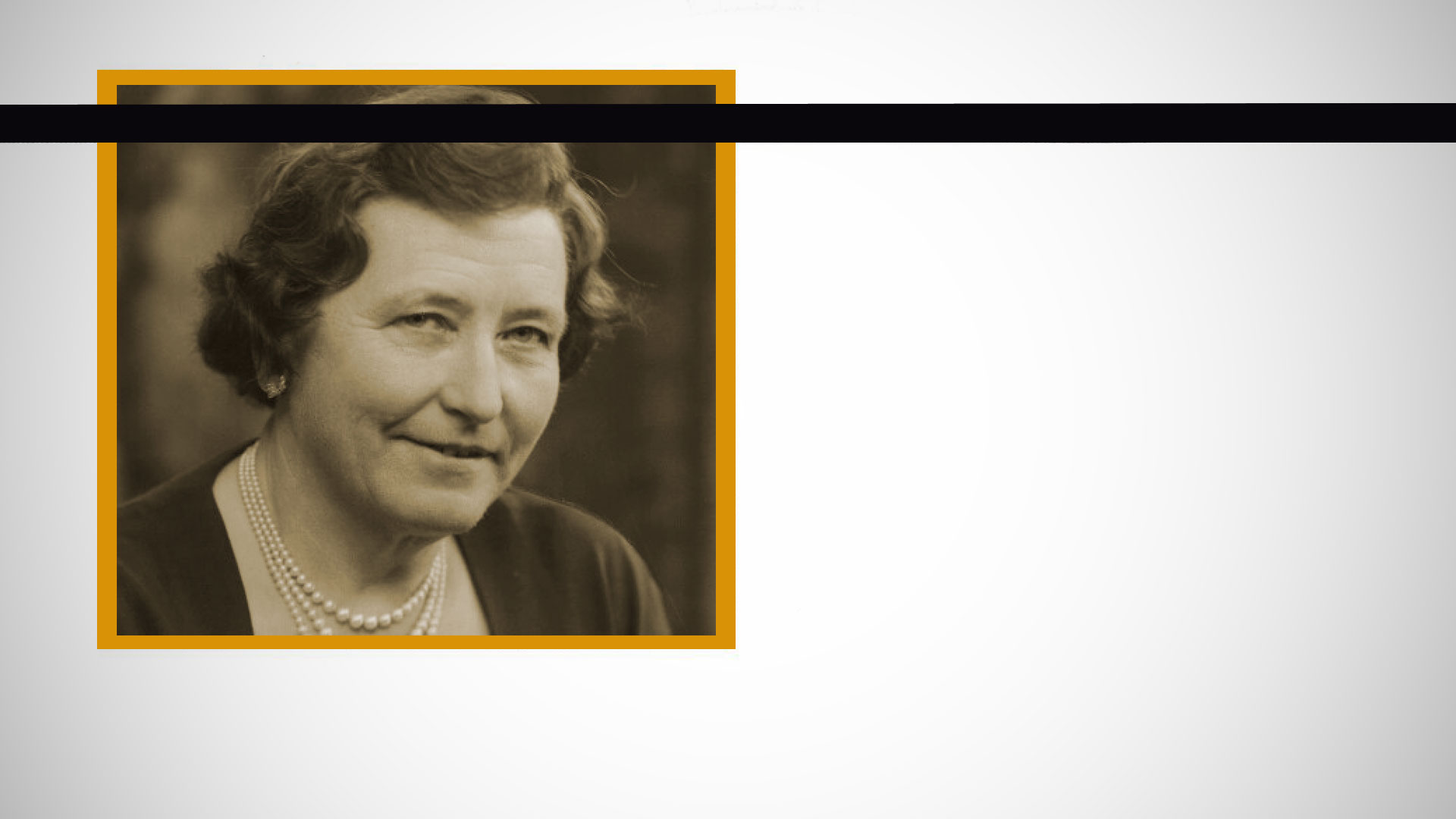 Perhaps it was inevitable that Kathleen Kenyon would become one of the great women archaeologists of the 20th century. Born on January 5, 1906, she was the eldest daughter of distinguished Bible scholar Sir Frederick Kenyon, who was for more than 20 years director of the British Museum. Very much her father’s daughter, Kathleen possessed his same sense of order and fascination with detail—qualities that proved useful over the years. But also like her father, she was remote and not one to delegate. These latter traits would hamper her ability to effectively analyze and present her findings.

Her introduction to archaeology was at Oxford, where she became the first female president of the Oxford Archaeological Society. Following graduation in 1929 she was able, with the aid of her father, to join an African excavation at Great Zimbabwe as a photographer.

On her return to England, Kenyon joined Mortimer Wheeler’s staff at his excavation at Roman Verulamium (St. Albans), north of London. There she studied Wheeler’s method of stratigraphic excavation, which laid the groundwork for what was probably her greatest contribution to the field of archaeology.

Throughout the 1930s and most of the ’40s, slowed only by the outbreak of World War II, Kenyon gained much experience, not only in ongoing excavations in England but also at the site of the biblical city of Samaria with John and Grace Crowfoot, and at Sabratha in Libya. She lectured frequently at the newly formed Institute of Archaeology of the University of London and served as divisional commander of the Red Cross in Hammersmith, London, during the war.

Meanwhile another British archaeologist, John Garstang, set out to excavate Jericho with the idea of establishing evidence for the biblical account of Joshua and the Israelite conquest of the land of Canaan. Over the course of six years, beginning in 1930, he moved thousands of tons of earth and is said to have examined approximately 150,000 artifacts. In the end, he established that Jericho had been occupied before the invention of pottery, but he never found the proof of Joshua and the Israelites that he was looking for.

In 1949 he decided to invite Kenyon to review his extensive findings. This would turn out to be a defining moment in her life and the beginning of her most famous work. She determined that Garstang’s work needed modification and that another, more complete excavation was necessary, which she began in 1951.

Significantly, she brought with her a refined version of the excavation method pioneered by Wheeler. The Wheeler-Kenyon Method, as it is now called, was perfected during her Jericho excavation. It might be thought of as a vertical as opposed to a horizontal approach. In the latter method, layers were simply peeled off an excavation site. This had been the common procedure up to that time. But as layer after layer—often several inches thick—was stripped away, an important dimension was lost in the process: time.

By contrast, Kenyon’s method involved digging trenches or squares like a checkerboard, with walls or balks between the squares. The balks revealed the layers of time and events at a particular site. From soil composition, archaeologists were able to record the vertical relationship of one soil layer or time period to another, and the relationship of any buildings or architecture to each time period. This significantly improved the ability to date findings and provided a measure of control over the site prior to full-scale excavation and clearing.

Kenyon left Jericho and in 1961 chose to excavate in Jerusalem until the 1967 Six-Day War put an end to the project. This was to be her final excavation.

In the end, her conclusions from Jericho shocked and surprised many. She reported that Garstang’s dates were wrong and that, as a result, there was no walled city for Joshua to conquer. Archaeology didn’t support the biblical text, she said.

In the early 1980s, as the publication of her raw data became public, reinterpretation became the order of the day. Some scholars are still reinterpreting her findings and putting new dates on events at Jericho.

Whether or not her conclusions were correct, Kenyon did help to popularize archaeology. During the course of her excavations she made time to present slide shows and lectures and write for popular British and American magazines. In Jericho: Dreams, Ruins, Phantoms, Robert Ruby writes that Kenyon “did know how to tantalize. She made her name familiar. There were occasional progress reports in the Times by [Kenyon], who could stretch the truth for the sake of improving her story. No, she had not yet found walls from Joshua’s time. She did find a small jug—‘perhaps abandoned when the housewife fled before the approaching Israelites.’ This was not demonstrably false, not demonstrably true. It was a masterful ‘perhaps’; perhaps the Old Testament account would be confirmed.”

“Not even she could live up to the standards she demanded.”

Autocratic and perhaps overconfident, Kenyon was a larger-than-life personality. She insisted on maintaining control. While these characteristics served her well in the field, they often frustrated her efforts to report her findings and to achieve an accurate synthesis of her work. She created for herself a task beyond her ability to complete. Ruby writes: “Her insistence on doing things her way played a large role in her subsequent failures. Not even she could live up to the standards she demanded.”

Yet she will be greatly remembered for her substantial contributions to the field of archaeology. Her field methods strengthened the science. At the same time, they pinpointed the need to introduce other methods and related fields of study in order to develop a more complete and accurate picture of history.

In 1973, Queen Elizabeth II acknowledged her work, naming her a Dame of the British Empire for her accomplishments.

Dame Kathleen Kenyon never married; she died in 1978 of a stroke at the age of 72.