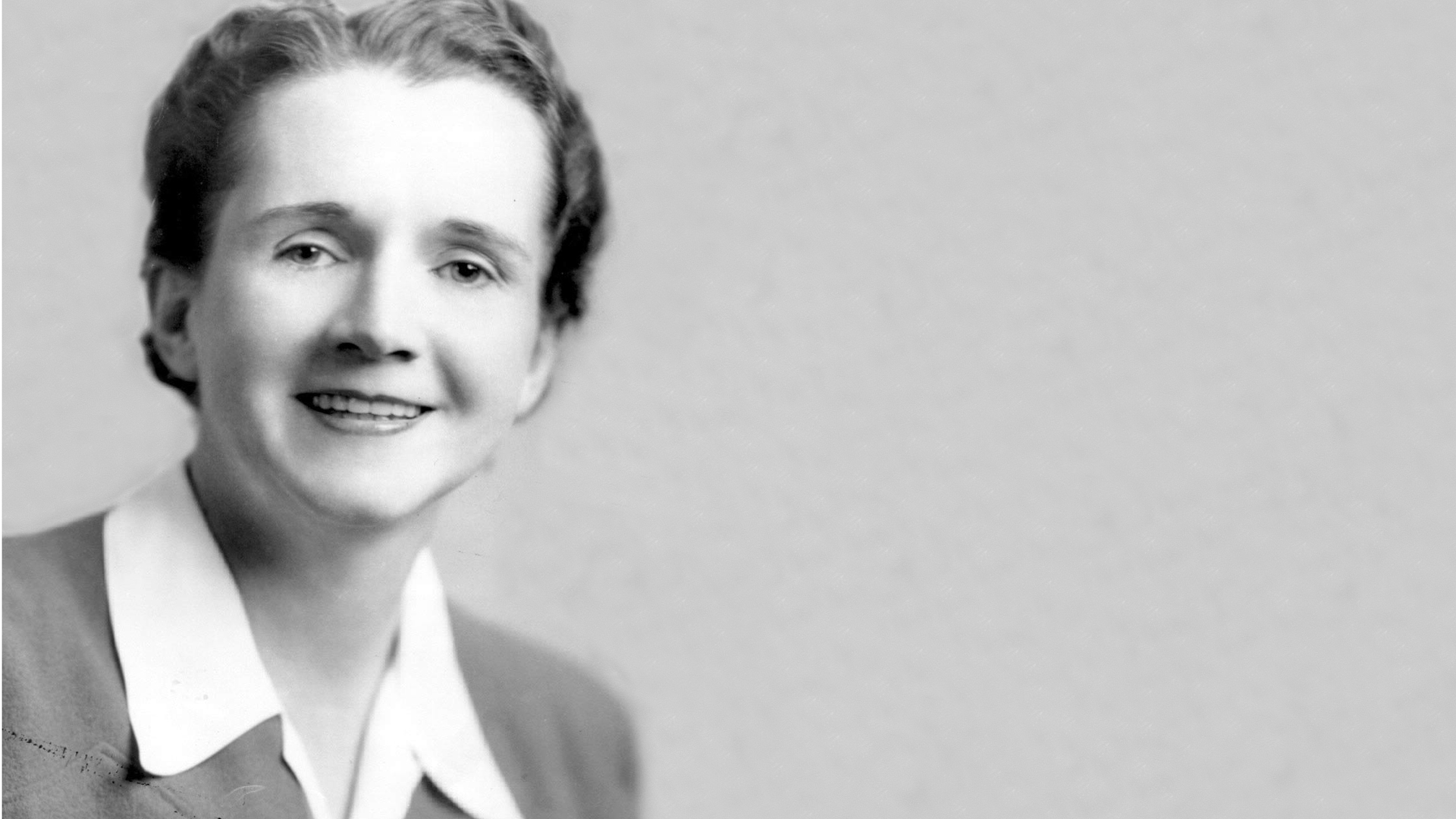 The mid-20th-century boom of scientific and technological discoveries created a new society of consumers drunk with the power of instant gratification. The idea that life could become easier prevented many from seeing problems with advances in convenience, particularly any potentially negative effects on the earth or even on future generations. But some did see problems and cautioned restraint; perhaps the first and most notable—at least among Americans—was Rachel Carson.

A writer and biologist, Carson was passionate about her work, which at first focused on sea life but later on indiscriminate pesticide use. The result of her efforts would be the controversial Silent Spring, a book that bore fruit far beyond what Carson would have imagined had she lived to see it.

Born May 27, 1907, on a small farm in Springdale, Pennsylvania, Carson inherited a love of nature from her mother, as well as a love of books, which blossomed into an avid interest in writing. She submitted numerous pieces to magazines throughout her childhood and saw her first article published at the age of 10.

After graduating from high school, Carson went on to study at the Pennsylvania College for Women (now Chatham College, which opened the Rachel Carson Institute in 1989 to promote environmental awareness). There she became intensely interested in marine biology. Graduating in 1929, she went on to complete a master’s degree in zoology at Johns Hopkins University.

Upon graduation, Carson taught zoology for a few years at the University of Maryland, followed by a tenure with the U.S. Bureau of Fisheries (which later became the Fish and Wildlife Service). She began in 1935 as a radio show scriptwriter, eventually moving to a post as scientist and editor. During her subsequent 15 years there she would rise to be editor-in-chief, writing numerous pamphlets on conservation along the way. She also wrote regularly for the Baltimore Sun, contributing feature articles on nature.

Carson, who never married, was most interested in marine life and spent much of the 1940s writing about the environment under the sea. Her first book, Under the Sea-Wind, was published in 1941. This was followed in 1952 by The Sea Around Us, which won her the National Book Award in nonfiction. Carson resigned from the Fish and Wildlife Service that same year to focus on writing full-time.The Edge of the Sea joined her collection of published works three years later. Her almost poetic treatment of oceanography in the latter two books boosted her to prominence in both marine biology and nonfiction writing circles.

In all of her writing, Carson focused on a central theme—that, unlike animals, humans have the capacity to drastically alter nature. She also believed that humans, if they take the time, can learn from nature. “It is a wholesome and necessary thing for us to turn again to the earth and in the contemplation of her beauties to know of wonder and humility,” she wrote.

“Only within the moment of time represented by the present century has one species—man—acquired significant power to alter the nature of his world.”

This belief escalated as she tackled a new facet of conservation: the use of pesticides.

During her work for the government, Carson became increasingly troubled by the indiscriminate use of pesticides, particularly dichloro-diphenyl-trichloroethane (DDT), which had become popular during World War II. First used on wartime soldiers to get rid of lice and thus reduce the spread of typhus, DDT caused no immediate side effects, so it was widely assumed the pesticide would not affect humans or wildlife. Carson believed otherwise, and indeed this pesticide was soon blamed for the decreasing bald eagle population. According to the U.S. Fish and Wildlife Service, DDT residue began to contaminate lakes and streams, thus harming the eagles’ food and disturbing the reproduction process.

Carson contended that such contamination would not stop with wildlife. As she pieced together her own observations with research and information from colleagues, she saw a frightening picture of the future—for man as well as nature. Convicted by her findings, the biologist later wrote to a friend: “There would be no peace for me if I kept silent.”

“Carson . . . courageously spoke out to remind us that we are a vulnerable part of the natural world subject to the same damage as the rest of the ecosystem.”

She originally planned to write a magazine article exposing the risks of pesticides, but no one would publish the controversial content for fear of losing advertising. In the end, however, she had gathered enough research to write a book and determined that no other project in her life could prove as important. The book, Silent Spring, was a bestseller even before its 1962 release.

In the book, Carson estimated that the U.S. alone sees 500 new chemicals to which “bodies of men and animals are required somehow to adapt each year, chemicals totally outside the limits of biologic experience.” She added that insects eventually grow immune to pesticides and, as a result, come back in greater numbers. “Thus, the chemical war is never won, and all life is caught in its violent crossfire.”

Many scientists today disagree with Carson’s conclusions, making her work no less controversial now than in her own time. They claim, for example, that the biologist misrepresented a study published in a 1956 issue of the Journal of Agricultural and Food Chemistry regarding the effects of pesticides on quail and pheasants. Scientists also debate the effect of the DDT ban that resulted from Silent Spring. Though the ban specifically allowed the chemical’s use for “disease control,” critics nevertheless cite it as the main reason why malaria—a mosquito-borne disease—still kills so many children in developing nations.

Unlike many of her most devoted followers, however, Carson herself did not advocate a complete ban on pesticides. “It is not my contention that chemical insecticides must never be used,” she qualified. “I do contend that we have put poisonous and biologically potent chemicals indiscriminately into the hands of persons largely or wholly ignorant of their potentials for harm. We have subjected enormous numbers of people to contact with these poisons, without their consent and often without their knowledge.”

When Silent Spring was published in 1962, the chemical industry mocked its author, calling her an alarmist. Carson, who was fighting a battle against breast cancer, would not be beaten and fought hard, not for her life but for her convictions.

President John F. Kennedy, as a result of her efforts, set up a Science Advisory Committee to study the problem she addressed. The committee issued a pesticide report in May 1963, noting that while the proper use of pesticides could be considered necessary, more research was needed before they were indiscriminately sprayed.

That was just the beginning of the effects of Silent Spring. In the United States it led, as already noted, to the eventual banning of DDT in 1972, as well as to the formation of the Environmental Protection Agency, which developed various regulations such as the Clean Air and Clean Water Acts.

However, much of this fruit remained unseen by Carson, who died of cancer in 1964 at the age of 56. And while the science that undergirded her claims regarding DDT has been reevaluated and in many cases superseded in the intervening years, her life’s work was clearly instrumental in the creation of a more environmentally conscious world.

“The beauty of the living world I was trying to save has always been uppermost in my mind—that, and anger at the senseless, brutish things that were being done,” Carson wrote to a friend. “Now I can believe I have at least helped a little.”