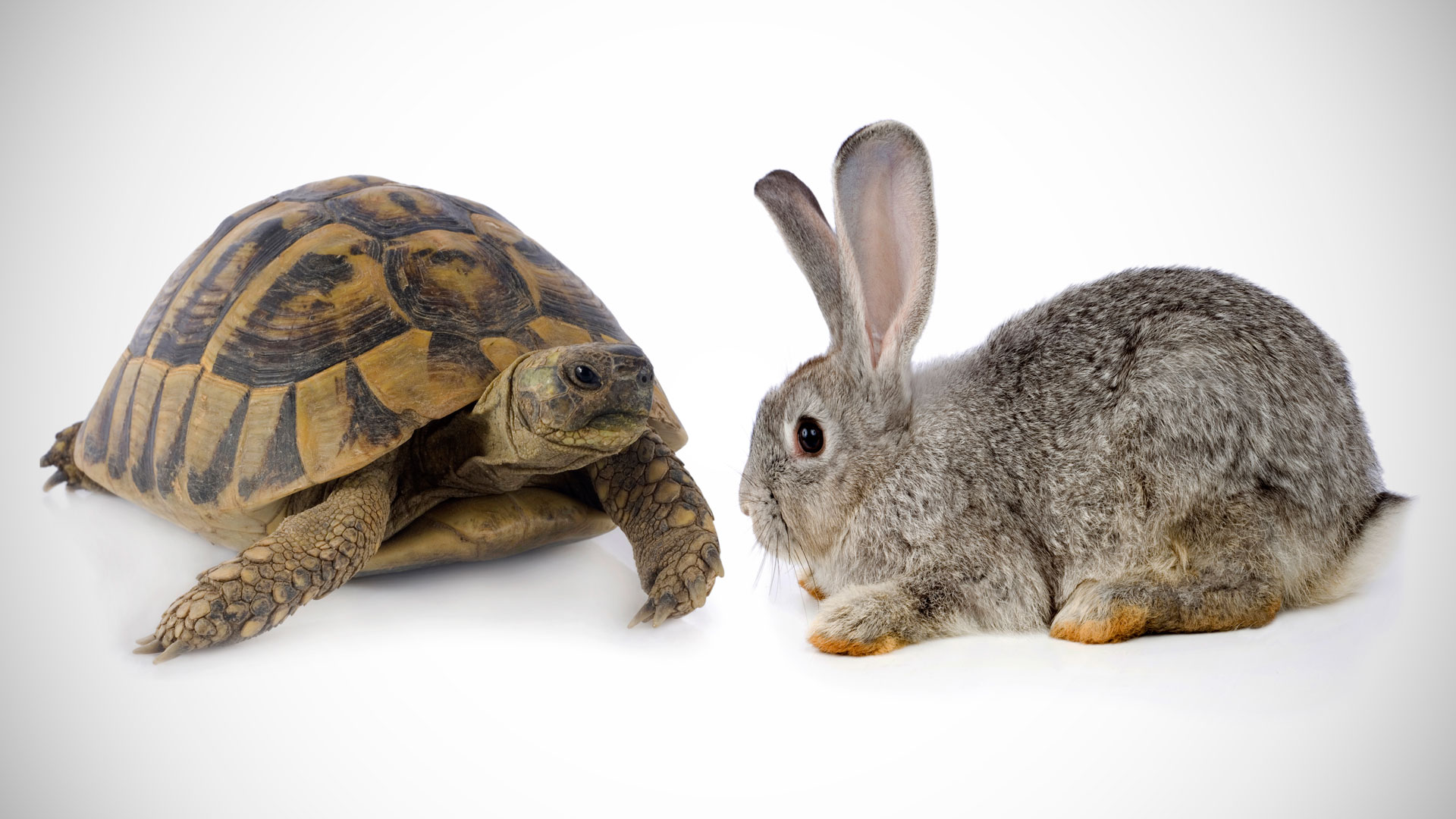 In our fast-paced society, to say that a problem has a complex solution can sound like a negative. If it is really the solution, shouldn’t it be simple?

In his 2013 book, The Slow Fix: Solve Problems, Work Smarter, and Live Better in a World Addicted to Speed, Carl Honoré argues that simple, quick-fix solutions—far from being the way to go—actually make things worse. When he defines a quick fix as “sticking on a Band-Aid when surgery is needed,” this seems like an obvious conclusion. We know stop-gap measures often fall short, yet we are biologically and culturally wired to seek them anyway. On the other hand, the slow fix, often seen as an expensive luxury, is always a good investment, says Honoré.

What is the slow fix? A slow fix does not refer to solving problems at a snail’s pace; it is merely the opposite of a quick fix. A quick fix seeks to hide errors, to give immediate relief, to make it seem that all is well. A slow fix delves deep, looking for the causes of causes so that the problem can be truly addressed at the root—by iterations of trial and error if necessary.

True or false: good schools are more expensive to run than failing inner-city schools. As it happens, the answer is “false.” When a Charter Management Organization took over Locke, the high school that sits in the middle of the infamous Watts neighborhood of Los Angeles, it not only stopped the gang fights in the hallway and improved academic standards by over 80 percent; it also decreased operating costs.

In committing ourselves to the slow fix, the questions become: Can we follow the same recipe for every problem? How do we know when a problem has been properly solved? How can we put the slow fix into practice?

The first step of a slow fix, says Honoré, is to admit error. After all, it is difficult to fix something if you refuse to concede that it is broken. We sometimes avoid this step for fear that people will think less of us if we acknowledge imperfection, yet the evidence proves the contrary. “Among patients who file a suit for medical malpractice in the United States,” Honoré writes, “nearly 40 percent say they might not have done so had the attending physician explained and apologized for the mishap.”

Another essential step, he says, is to think hard; “take time to work out the real reason things are going wrong.” Part of this process involves making space for “rich, creative mulling.” Often, what seems most obvious isn’t the real issue, and we can easily misdiagnose the problem if we jump into action without devoting a good, long time to reflection.

When we are sure about where to focus our attention, it’s time to begin thinking about the problem holistically, which includes fully defining it. You say the prison system isn’t working? Before you can fix it, you must determine the primary purpose of prisons. Is it to punish or rehabilitate? If the latter, you might do well to follow Norway’s example and create as “normal” an environment as possible, providing luxuries such as recording studios and guards whose job description includes befriending the prisoners. Far from “encouraging” crime, the approach has produced a recidivism rate of 20 percent—compared to over 50 percent in the United States, where the main focus is on punishment. That said, the prison environment is not the only factor. The level of support provided to help inmates reintegrate as productive members of society also plays a role; it would not be effective to simply transplant luxury prisons to the United States without addressing the surrounding societal factors. The slow fix requires that all aspects of a problem be considered, and Honoré underscores that this step must not be rushed.

In fact, he suggests, this kind of holistic approach requires the ability to think long (overcoming the “tyranny of short-termism”), think small (paying attention to the littlest details) and to prepare for the unexpected. But it also requires thinking about the level of collaboration that is appropriate. Should you work alone, with a team, or crowdsource? Here the complexity of the slow fix becomes apparent. Over the course of several chapters, Honoré says all three can work; however, he doesn’t offer specific guidelines for when one method might be better than another.

One important element of a solution that can create change, he says, is the presence of a “catalyst,” a central leader who provides vision and stability. But he does not necessarily see central leadership as an alternative to collaboration: many of the slow fixes he describes make use of both. The benefit of collaboration, especially when team members have different backgrounds and specialties, is primarily found in the opportunity to gain a fresh perspective. It is worth noting that Nobel laureates are more likely to collaborate than are other experts in their field. Even so, inspiration is not usually a collective act; which approach works best will depend on the problem to be solved—and what stage you have reached in solving it.

Crowdsourcing, the practice of giving complex problems to groups of amateurs to solve, is an idea that flies in the face of conventional wisdom. Wouldn’t the quality of a mob’s ideas slide to the level of the lowest common denominator? In fact, says Honoré, it does not. In studies, groups made up of varied amateurs perform better than homogenous groups made up of experts. In practice, a worldwide network of amateur astronomers are identifying new planets and galaxies—sometimes ones that the experts have missed.

In part, the power of crowdsourcing lies in harnessing the benefit of different perspectives. But might the humility of amateurs also have something to do with it? Expertise cuts both ways. While experts do have the ability to “thin slice,” or arrive at a slow fix quickly based on experience and intuition, they may sometimes rely too heavily on their own perceived wisdom. Honoré cites one study in which 284 pundits were asked to estimate the chances of various political and economic happenings. He writes that they all “performed worse than basic computer algorithms. And the more prestigious the commentator, the more overconfident and off-target their forecasts.”

Another important reason for collaborating is that the beneficiaries of a slow fix should be involved as much as possible in creating and implementing it. To illustrate this principle, Honoré points to Brazil’s spectacularly successful “conditional cash transfer” welfare program, Bolsa Familia. The program rewards the poor with funds in exchange for behaviors that are in their own interest anyway, such as taking their children to school and to get regular health checkups. Why does it work so well? Honoré says it’s because the program uses slow fix principles. Its holistic approach addresses three foundations of poverty in one fell swoop: low income, truancy and inconsistent health care. “If a child starts cutting school or fails to turn up for a doctor’s appointment,” he writes, “the family gets less money for food. Bolsa Familia also addresses both the short and long term: cash to pay for necessities today linked to investing in health and education for tomorrow. Another key is the way conditional cash transfers give autonomy to the poor. . . . They are given the freedom to make their own choices.”

In fact, he says, sometimes the responsibility for problem-solving should be placed squarely in the hands of those who live with the problem on a daily basis.

Finally, Honoré addresses three emotional aspects of a good solution: an element of play, which can motivate people to accomplish even the most boring tasks; a sense of being emotionally understood and cared for, which stimulates neuroplasticity and thereby creativity; and the ability to accept and adapt to uncertainty.

It is easy to read this book and fall into the same old trap; you might be tempted to think that the techniques discussed can be applied as a quick-and-easy fix, a checklist that will work wonders on any problem. Of course, it can’t do that and it doesn’t, and that’s a good thing, since checking off boxes is a sure sign of a quick fix. The book can—and does—provide a wealth of helpful tips and compelling stories to point the way. But in the end, solving problems requires a change of perspective.

That may include a change in what we believe constitutes a “solution.” We have to acknowledge that some large problems may never be solved. Could we even agree on what an end to poverty would look like? Other problems may stay “solved” only by constantly updating approaches, as with many diseases. Relationship experts tell us that a significant percentage of conflicts between couples can be traced to chronic issues that are never solved. “But that does not mean that a happy and satisfying relationship is not possible,” Honoré points out. He then quotes Carl Jung: “The greatest and most important problems in life are all in a sense insoluble. They can never be solved, but only outgrown.”

It is easy to feel let down by this conclusion. Yet progress is always worthwhile; a partial fix is almost always better than none at all. For that matter, Honoré finally asks, “What is the point of solving problems better if our lives remain a never-ending dash to the finish line?” Surely we are missing something in the frantic pace we try to keep up. “Instead of fretting over the trivial concerns that loom so large in a life of hurry—Where are my keys? When will this traffic start moving? Why is this elevator taking so long?” he says, “we can begin to confront the genuinely big questions: What is my purpose? What sort of world do I want to leave behind? And how can we all change course to get there?” These are the real questions, and Honoré cannot answer them for us.