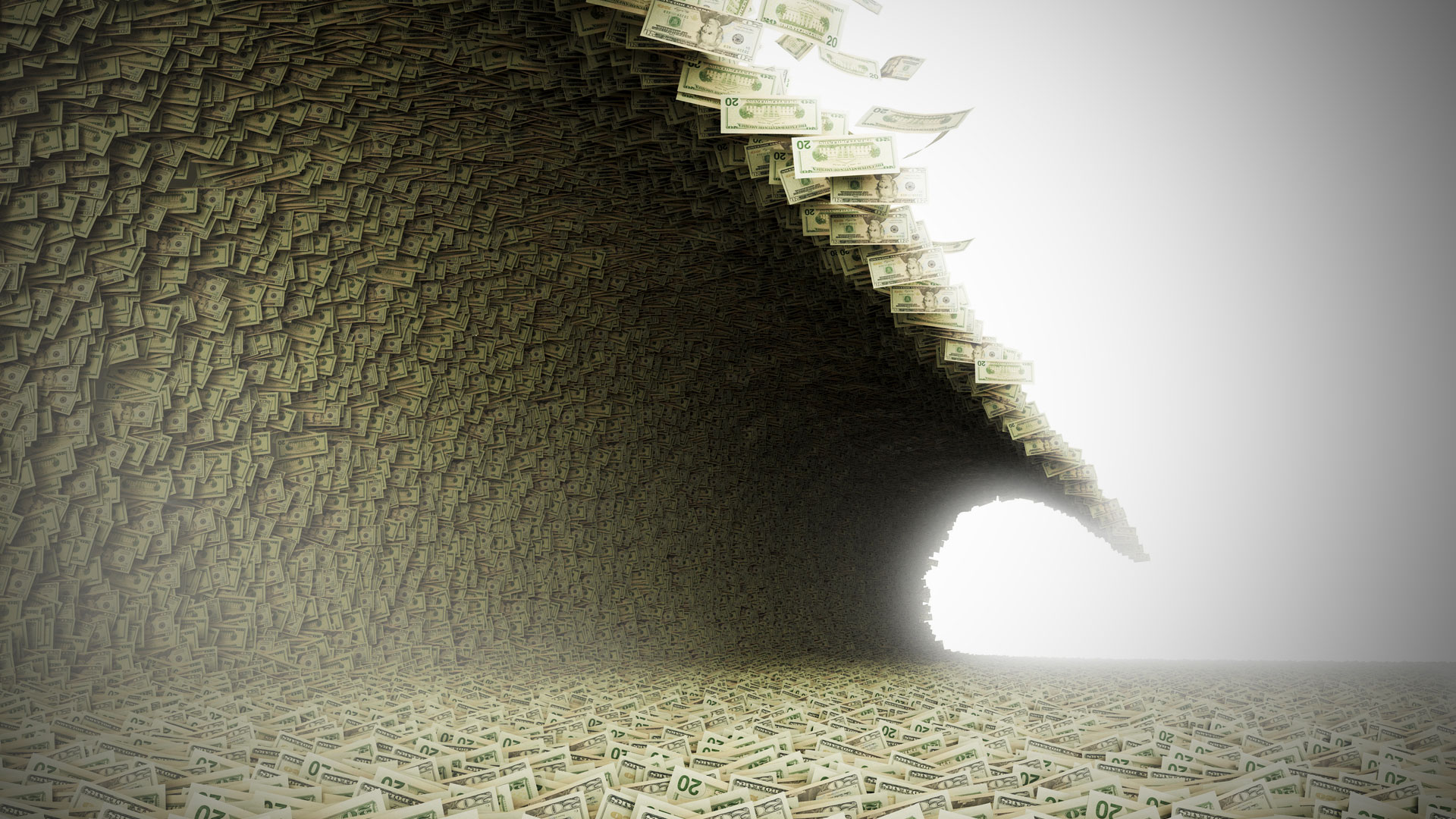 The Asian Tsunami that struck on December 26, 2004, is possibly the greatest environmental disaster in living memory. The colossal force of the 9.3 magnitude undersea earthquake triggered a series of brutal waves of up to 100 feet that caused over a quarter of a million deaths and the displacement of a further 2.5 million people across 11 different countries. It caused untold devastation. As Canadian journalist Naomi Klein reported, “Every single fragile structure was washed away—every boat, every fishing hut, as well as every tourist cabana and bungalow.”

In an outpouring of universal generosity, the world contributed over $7 billion in humanitarian aid. The money unfortunately did not fund the rehabilitation of tsunami victims as most presumed it would. According to Klein’s The Shock Doctrine, the bulk of the funds were spent on the construction of dozens of foreign-owned luxury tourist resorts and hotels. The beach, once the source of livelihood for local fisherman, was declared a “buffer zone” against the rage of the ocean, where no one is allowed to build. This rule, however, did not apply to the hotel industry, which was encouraged to overwhelm the shores with exclusively-priced luxury resorts. Locals gradually realized that the hastily-assembled tin-and-particle-board dwellings (located several kilometers from the ocean) they had lived in since the disaster were to become permanent shanty towns, a collection of the nation’s poor hidden from media gaze. When Klein asked Seenivasagam Kalaiselvam, director general of the Sri Lanka Tourist Board, what would happen if the fisherman returned to the beaches to rebuild, his answer was alarming: “We again will be forced to demolish. . . . The beach will be clean.”

Klein argues that this startling exploitation of catastrophe-cleansed beaches is an example of “disaster capitalism” where the rich exploit chaos to enforce a free market system designed for their own profit. She further charges that disaster capitalism—as illustrated by Ewan Cameron’s electric shock experiments and the U.S. government’s “shock and awe” guidelines—has been the model for government military manuals that were underpinned by the assumption “that before healing can happen, everything that existed before needs to be wiped out.” In her view, disaster capitalism has been used to implement free market reforms in Chile, Bolivia, Argentina, South Korea, Russia, Poland, Sri Lanka, India, New Orleans and most recently in Iraq.

If Klein is right, how did a classified torture technique come to be economic dogma? Klein argues that it is part of a decades’ long campaign for free market corporatism along the parameters outlined by the famed Chicago School of economics. This school was formed by the late Milton Friedman, celebrated economist and champion of a form of laissez faire capitalism where government spending is restricted to an absolute minimum. His premise was that “the free market is a perfect scientific system, one in which individuals, acting on their own self-interested desires, create the maximum benefits for all.”

In its early days, the Chicago School looked for a model nation to showcase the benefits of their system, and settled on Chile. Their initial attempts—subtly filling the Chilean government with Chicago School graduates—failed, mostly because the the Chilean socialist government was stable and ruled by heavy nationalization and external controls. They found they could only implement their system with force. The 1973 coup d’etat by Gustavo Pinochet gave them opportunity. Pinochet was convinced by Friedman’s disciples to sell the government’s assets to private investors, and did so with violence. Using physical and economic demolition, Pinochet imposed free market capitalism on the Friedman model—but it was a disaster. By 1974, inflation in Chile reached 375 percent, the highest rate in the world at the time, and by 1982, the country was on the verge of collapse. Pinochet’s advisors assured him that the system could only be stabilized by removing all government involvement, but he had had enough. He renationalized dozens of industries, regaining control over the country’s money. By the late 1980s, Chile began to slowly recover.

The Chilean legacy is a terrifying one. Free market capitalists regularly cite the “Chilean economic miracle” of the late 1980s, conveniently ignoring that it was antifree market amendments that returned the nation to prosperity. More than this, the Freidmanite model produced a harrowing rich-poor gap, increasing the wealth of Chile’s richest by 83 percent. Even today, Chile remains the eighth most unequal country on the United Nations list.

Klein argues that, far from dissuading its adherents, the Chilean example encouraged similar “shock and awe” tactics across the globe. Post-Communist Russia was forced to fire sale its assets to private businessman, creating the notorious oligarchs and leading to the 1998 ruble collapse. The thriving “Asian Tigers” of the 1990s—Indonesia, Thailand, South Korea and the Philippines—suffered repeated economic “shocks,” forcing the sale of local industries (Daewoo, Samsung, LG) to foreigners for peanuts. According to Klein, the recent Iraq war is a similar case, where a disaster was created simply to make profit, here via subcontracted industry and local resources. If her charges are true, one would have to admit that the Chicago School capitalist model has created an appalling rich-poor chasm everywhere it has gone: Klein estimates “it has created a permanent underclass of between 25 and 60 percent of the population.” More than this, it has made the developing world poorer and the rich West richer.

Klein’s left-leaning political ideals are well known, and her book has received its fair share of criticism, mostly from those who object to her aggressive tone. The Shock Doctrine does suffer from overstatement, and at times it seems her probing enthusiasm stretches too far to fit examples to her thesis. Her outrage at the proliferation of charter schools in post-Katrina New Orleans, for example, is a far more contentious issue than she paints. Many of her critics, though, have conceded that at base Klein uncovers an important moral vacuum, but one that is perhaps not as surprising as she claims. The 70-plus pages of supporting footnotes appear to be a deliberate and largely effective bulwark against her critics; nevertheless, it is worth tempering Klein’s agitation with an anchoring in our understanding of natural human tendencies.

Given her sensationalist prose, it is easy to presume that Klein is describing some modern-day evil scheme. Friedman and his acolytes are not evil, though it might be tempting to think so. This is not a conspiracy, though it has conspiratorial elements about it. It is instead a method that has been found, partly by accident and partly by design, to work. From the instigator’s point of view, disaster capitalism would be seen as almost absurdly profitable. Klein’s basic aim is to highlight the effect of such policies on the poorer nations; if capitalism is a zero-sum game—by no means a foregone conclusion—then great benefit must be balanced by great loss. In any case, disaster capitalism plays upon basic human urges.

None of this should be surprising, given our historical knowledge of human nature. Little has changed over centuries. When the World Bank deemed the hotel industry “high-yield” in preference to the “unproductive” Sri Lankan fishermen, it reminds us of nothing less than the shrewd extermination of Native Americans by European colonists in the 18th and 19th centuries. The colonists brought with them war and disease, seized “virgin land” from inefficient “savages,” who could do nothing under the interminable affliction of gunshot and tuberculosis. This was the shock doctrine in embryo.

In every case, Chicago School economics has been supported and advanced by governments greedy for profits. The system is driven by self-interest; the idea that self-interest can produce economic balance is plainly a false one. Greed in human governance is a centuries’ old phenomenon.

The Hebrew Scriptures warn disquietingly against the perils of human government. “This will be the privilege of the king who shall reign over you . . . He will take your fields and your vineyards and your olive-yards, the best, and give them to his servants . . . and you shall cry out in that day because of your king whom you have chosen for yourselves.”

Speak the same to the disaster-ravaged poor, and they will quickly point to elected leaders as money-grubbing “kings” and government-contracted investors as their “servants.” Despite being thousands of years old, this all too prescient warning has proven itself justified time and time again.