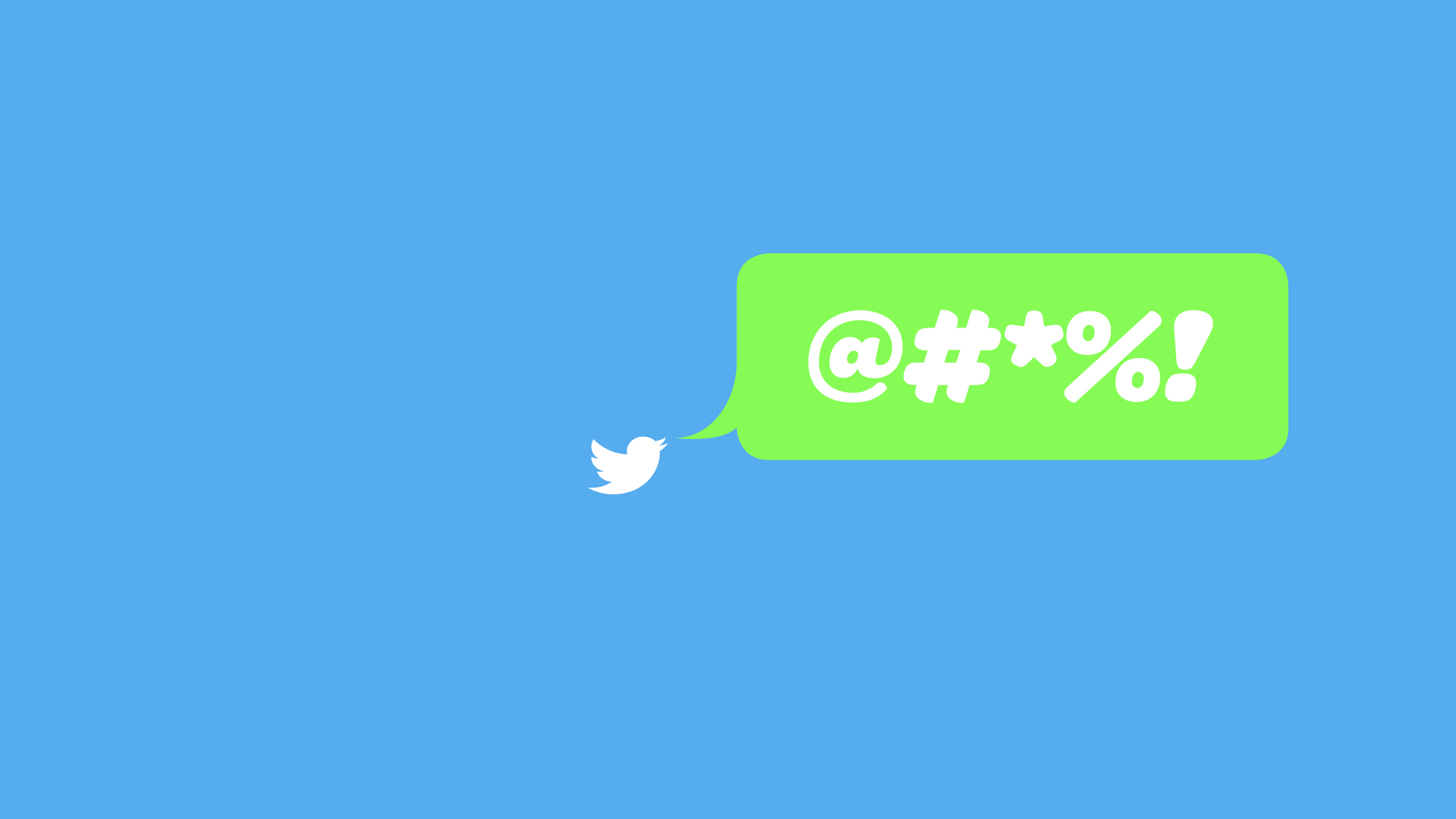 “No snowflake in an avalanche ever feels responsible,” wrote Polish poet and aphorist Stanislaw Jerzy Lec.

Jon Ronson, in his 2015 book, employs that insightful word picture as it relates to the increasingly troubling issue of online shaming. The journalist and author says, “I suppose that when shamings are delivered like remotely administered drone strikes nobody needs to think about how ferocious our collective power might be. The snowflake never needs to feel responsible for the avalanche.”

Ronson’s initial motivation for writing So You’ve Been Publicly Shamed was to document the use of Twitter and other social media as forces through which a sort of “democratization of justice” might occur. These are avenues through which ordinary people can suddenly wield enormous power against individuals and organizations far above them in the traditional social hierarchy. What he found, however, differed greatly from his original thesis. Or rather, he found that his thesis was essentially correct but that, while targets might be unscrupulous corporations who deserved their comeuppance, they might just as easily be private individuals who had simply committed a faux pas.

Over and over, Ronson documents situations where ordinary people are attacked and all but destroyed in social-media shamings. In one case, a female computer programmer tried to shame two male programmers for chuckling after quietly sharing a sexually suggestive joke while in the audience at a tech conference. In this instance, both the shamer and the shamees became targets of verbal abuse, ridicule, threats and other hostility on popular social-media platforms. When one of the male programmers was fired, sympathizers sought revenge against the woman who had shamed him: the company where she worked became the target of a DDoS attack (whereby a computer network is paralyzed by people intentionally flooding it with data); the attack would stop if they fired the woman—which they did. In two other cases, young women became the targets of violent threats after making jokes in poor taste, one via Twitter and the other via Facebook. They, too, were fired by their employers and felt as if they had been marked for life with the modern equivalent of Nathaniel Hawthorne’s scarlet letter.

When we set aside the question of who is right and who is wrong in such cases, one common theme emerges in these public shamings: shamers overwhelmingly use violent and profane language and hurl threats at their targets. All of a sudden complete strangers are characterized as incarnations of evil and come under the attack of a virtual “pitchfork mob”—journalist Michael Moynihan’s description of the public evisceration of science writer Jonah Lehrer in 2012 after Moynihan exposed him for embellishing some quotes in his book Imagine: How Creativity Works.

One can find similar hyperbolic language and angry declarations being exchanged by strangers in the comments sections of websites across the Internet. Whether the comments come from those who self-identify as trolls and delight in stirring up anger, or from people simply expressing their opinions a bit more forcefully and a bit less tactfully than they might in the course of a face-to-face conversation, there is often an appalling lack of civility in these threads. The speed with which the discussion devolves into a series of ad hominem attacks was noted in 1990, when attorney Mike Godwin proposed what has come to be known as Godwin’s Law: “As an online discussion grows longer, the probability of a comparison involving Nazis or Hitler approaches one.”

“Invariably, the comparisons trivialized the horror of the Holocaust and the social pathology of the Nazis. It was a trivialization I found both illogical . . . and offensive.”

Many major sites require would-be commenters to set up an account and be logged in if they wish to participate in the discussions that take place below the article. While this removes some degree of anonymity and makes commenters more traceable, it’s still possible for shouting matches to take place between individuals lobbing verbal grenades at each other in something of a public spectacle. Commenters may even engage in pitched battles with one another across multiple articles, seeking one another out for new rounds in their war of words. That “lively” comment sections can draw traffic, increase visit duration and drive advertising revenue puts content providers in an awkward position: hiring administrators to police comment sections may raise the tenor of discussions but with the concomitant effect of lowering potential revenue and thus decreasing overall viability.

And the Crowd Goes Wild

Do we have any good theories about what’s happening online? What is it that can make online communities feel like riots?

There is much debate about the causes of “group madness,” including whether or not madness is actually even a characteristic of crowd behavior. One theory, deindividuation, states that there is a loss of self-awareness in groups and that, in such a state, members of the crowd will do and say things that they otherwise would not.

Regardless of exactly what the mechanism is, there are abundant examples of people who exercise their right to free speech by hurling vile epithets at and engaging in verbal altercations with individuals they have never met. Such unfiltered expressions of rage and anger are less common face-to-face in what we still tend to refer to as “the real world.” We need only look around any public place. The hundred or so people waiting for a train are staring at their phones rather than screaming at one another; yet it’s entirely possible that two complete strangers are figuratively screaming at one another on a message board from opposite ends of the platform without ever being aware that the target of their words and anger is only steps away.

The point is that, whether or not we can fully explain it, it’s happening all around us; our behavior does seem to change somewhat when we find ourselves in settings that afford a degree of anonymity. The Internet is one such place. To the degree that aspects of our lives move online and the consequences of what happens there begin to affect our employment status and ability to function in the world at large, the boundary becomes ever more tenuous. Today the virtual world of the Internet and the physical world that we live in are both “the real world.” As many who have done a Google search on their own name can attest, when something undesirable shows up on the first page of results, the interactions themselves may be virtual but the consequences are not; just ask those who have lost jobs or seen the end of relationships play out through social media.

In his examination of public shamings on the Internet, Ronson compares them to being publicly flogged at the whipping post or pilloried in the village square—sentences that were commonly imposed up until the 1800s. Yet, while the consequences of public shaming in previous eras were significant and traumatic, they were perhaps not as severe as what “virtually” happens today. While a public whipping in 1700s England or New England certainly left scars, it generally did not end with the death of the individual being punished. Tragically, social-media shaming has been known to lead to the suicide of victims who couldn’t envision a life beyond the shame or hatred directed at them. It can certainly lead to something like virtual death, all because of a single transgression no more serious than a joke told in poor taste. Those who do go on living often find themselves marked for life, because any potential new employer or friend who types their name into a search engine will quickly find out about their social transgression (whether real or perceived).

We find ourselves living in a virtual community with such a huge population that, though we’re able to connect with more people than ever before, we feel effectively anonymous and socially isolated. In order for a healthy community to function, open lines of communication must exist so that information can be shared and conflicts and problems addressed and resolved.

Today we can directly and easily communicate with complete strangers. What do we do when we find ourselves with such an intimate and direct connection to millions of other people? Through social media we have the power to slander and attack—to become, in Ronson’s words, like “soldiers in a war on other people’s flaws” who suddenly experience “an escalation in hostilities.” We can be “beguiled by the new technology [like] a toddler crawling towards a gun.”

But perhaps a gun isn’t the right metaphor. With a gun, one has to be in relatively close physical proximity to the target. As Ronson observes, what we can do to one another via the Internet really is more like a verbal drone strike. Swift. Lethal. Conducted from a safe enough distance that the attacker is in no danger and does not have to witness the smoking ruins and devastation firsthand.

Where does the vast and potentially deadly power of cyber words come from? The Internet is today the foremost manifestation of mass media, the most efficient and far-reaching medium for the exchange of ideas and information the world has ever seen. But consider what preceded it. We can work backward through television, radio and newspapers. Before newspapers came books. Before printing, the cultures of the world exchanged ideas primarily through face-to-face interaction. Information traveled short distances at the speed of sound, shaped by the movement of our tongues.

Even without a sprawling media apparatus to transmit ideas worldwide, there can be no denying the power of the tongue throughout history. In a text that dates back nearly two thousand years we read that “the tongue is a small member, yet it boasts of great things. How great a forest is set ablaze by such a small fire!” (James 3:5). If we expand this to include typing (or “keyboarding”), then we find this statement to be at least as true today as it was almost two thousand years ago: the finger is now another small member through which we boast of great things.

“With [the tongue] we bless our God and Father, and with it we curse men, who have been made in the similitude of God. . . . These things ought not to be so.”

In most social-media shamings, there are really two acts before the conflagration. The first is an unfortunate remark and the second is the response that draws the attention of others. Either of those two snowflakes can trigger an avalanche. Either of those two sparks can start the forest fire that burns thousands of acres.

Israel’s ancient and wise king Solomon uttered a proverb that could just as easily have been written today: “Those who guard what they say guard their lives. But those who speak without thinking will be destroyed” (Proverbs 13:3, New International Reader’s Version).

Another adage, Tweeted in 2014 by online matchmaking entrepreneur Paul Brunson, offers similar advice in a decidedly modern context: “Think once before you act, twice before you speak, and three times before you post on social media.” It’s easy to apply this to those unfortunates being pilloried online, but it applies equally to those who react by attacking others without so much as an attempt to start a conversation or ask for clarification.

It really all comes down to self-control. Before noting that the tongue can set an entire forest ablaze, James declared anyone who “does not stumble in what he says” to be “a perfect man, able also to bridle his whole body” (James 3:2).

Today, in addition to learning how to bridle our tongues, we would all do well to bridle our fingers, thinking carefully before posting anything on social media, because with just a few clicks of a keyboard or taps on a touchscreen, we can simultaneously communicate with everybody in general and nobody in particular and profoundly affect multiple lives—including our own.