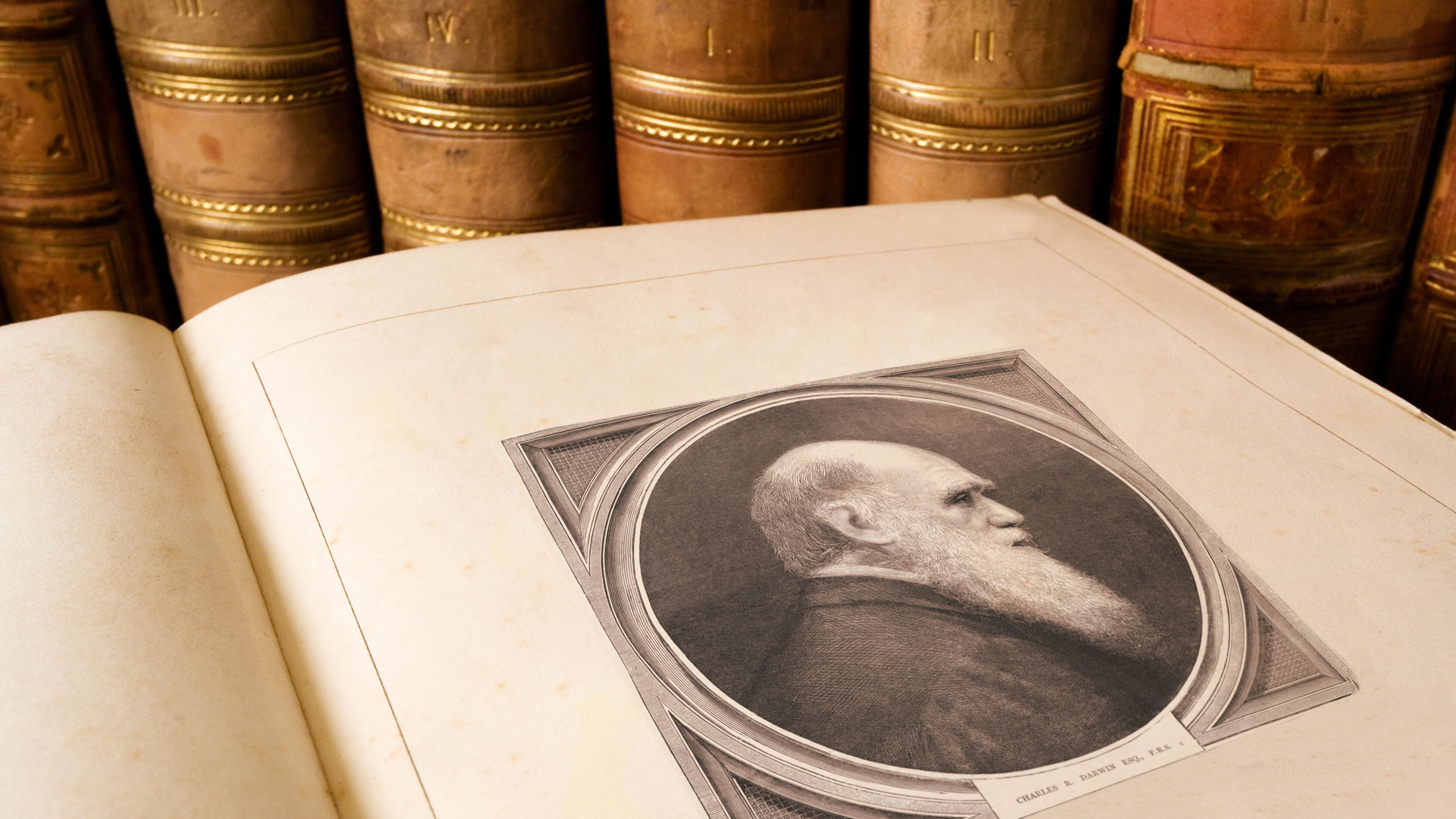 Eminent biologist Ernst Mayr wrote that the most important concept Charles Darwin seemed to originate was that of the purposelessness of creation. “Since there is no finalistic element in organic evolution and there is no inheritance of acquired traits, selection is obviously the only mechanism potentially capable of influencing human biological evolution.”

Imagining that the evolutionary process has an end in mind—namely human beings—is where modern evolutionary theory separates itself from historical and contemporary first-cause explanations. Because Darwin could discover no need for God in the natural world, and indeed the facts of the world were themselves in conflict with the biblical description of a loving Creator, his mechanism of natural selection was his only option. Based on Darwin’s ultimate conclusion—that competition and survival of the fittest are the reality of biologic existence, and that this struggle of life could suffice to account for the adaptation of living things to their environments—no God or Creator was necessary.

Nevertheless, through six editions Darwin continued to pepper Origin of Species with language suggesting purpose. He certainly had ample opportunity to alter the passages given below, but he did not. Darwin rightly recognized the plasticity of variation and the necessity of an adaptive process; to insist, however, that he did not harbor some small hope that he was wrong about the purpose of creation seems to be catering to one’s own interests rather than his. Unlike Einstein’s “biggest blunder,” when he tweaked his equations of the universe to assure a steady state rather than a universe in motion, Darwin seems to have hedged his bets concerning his convictions. With all deference to Mayr, today the view of the heritability of acquired traits is being revised as the science of epigenetics grows in leaps and bounds. Darwin seemed to understand that sometimes the more we know, the more we realize how little we know:

“Although much remains obscure, and will long remain obscure, I can entertain no doubt, after the most deliberate study and dispassionate judgment of which I am capable, that the view which most naturalists until recently entertained, and which I formerly entertained—namely, that each species has been independently created—is erroneous. I am fully convinced that species are not immutable” (Origin of Species, 1859, p. 28).

“In considering the Origin of Species, it is quite conceivable that a naturalist, reflecting on the mutual affinities of organic beings, on their embryological relations, their geographical distribution, geological succession, and other such facts, might come to the conclusion that species had not been independently created, but had descended, like varieties, from other species. Nevertheless, such a conclusion, even if well founded, would be unsatisfactory, until it could be shown how the innumerable species inhabiting this world have been modified, so as to acquire that perfection of structure and coadaptation which justly excites our admiration” (p. 26).

“This is the doctrine of Malthus, applied to the whole animal and vegetable kingdoms. As many more individuals of each species are born than can possibly survive; and as, consequently, there is a frequently recurring struggle for existence, it follows that any being, if it vary however slightly in any manner profitable to itself, under the complex and sometimes varying conditions of life, will have a better chance of surviving, and thus be naturally selected. From the strong principle of inheritance, any selected variety will tend to propagate its new and modified form” (p. 27).

“On the other hand, we may feel sure that any variation in the least degree injurious would be rigidly destroyed. This preservation of favourable individual differences and variations, and the destruction of those which are injurious, I have called Natural Selection, or the Survival of the Fittest” (p. 91).

“When we reflect on this struggle, we may console ourselves with the full belief, that the war of nature is not incessant, that no fear is felt, that death in generally prompt, and that the vigorous, the healthy, and the happy survive and multiply” (p. 89).

“How fleeting are the wishes and efforts of man [in terms of artificial selection]! how short his time! and consequently how poor will be his results, compared with those accumulated by Nature during whole geological periods! Can we wonder, then, that Nature’s productions should be far “truer” in character than man’s productions; that they should be infinitely better adapted to the most complex conditions of life, and should plainly bear the stamp of far higher workmanship?” (p. 94).

“When we no longer look at an organic being as a savage looks at a ship, as something wholly beyond his comprehension; when we regard every production of nature as one which has had a long history; when we contemplate every complex structure and instinct as the summing up of many contrivances, each useful to the possessor, in the same way as any great mechanical invention is the summing up of the labour, the experience, the reason, and even the blunders of numerous workmen; when we thus view each organic being, how far more interesting, I speak from experience, does the study of natural history become!” (p. 482).

“As all the living forms of life are the lineal descendants of those which lived long before the Cambrian epoch, we may feel certain that the ordinary succession by generation has never once been broken, and that no cataclysm has desolated the whole world. Hence we may look with some confidence to a secure future of great length. And as natural selection works solely by and for the good of each being, all corporeal and mental endowments will tend to progress toward perfection” (p. 484).

“Thus, from the war of nature, from famine and death, the most exalted object which we are capable of conceiving, namely, the production of the higher animals, directly follows” (p. 484).

“There is grandeur in this view of life, with its several powers, having been originally breathed by the Creator into a few forms or into one; and that, whilst this planet has gone cycling on according to the fixed law of gravity, from so simple a beginning endless forms most beautiful and most wonderful have been, and are being evolved” (Origin of Species, concluding sentence, emphasis added).