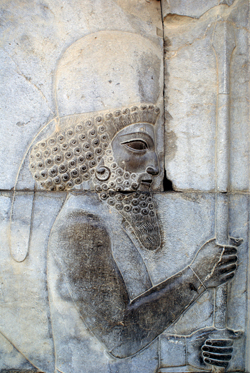 Daniel’s plight in the lions’ den is just one of numerous close encounters with death recorded in the book of Daniel. King Darius, whose anxiety over Daniel’s fate had prevented him from sleeping, came to the lions’ den in the morning and called out, “O Daniel, servant of the living God, has your God whom you faithfully serve been able to deliver you from the lions?” (Daniel 6:20, New Revised Standard Version). Daniel had survived, just as he had the other threats against his life. Yet the challenge to his survival was not just about his life. The book that bears his name has been the subject of attack for the past two millennia.

The book of Daniel is very important to the New Testament. The index to the Nestle-Aland Novum Testamentum Graece (27th edition) lists some 200 New Testament references and allusions to the book, while the United Bible Society 4th-edition equivalent lists almost 150. Many of these relate to the person of the Messiah and His kingdom. They range from Christ verbalizing His own understanding of His identity as the Son of Man, to the apostle Paul expressing his understanding of the kingdom of God and our place in it, to the imagery used by the apostle John in the book of Revelation.

The first reported attempt to destroy Daniel’s writings came with Porphyry’s critique in the third century A.D. His lead has been followed by centuries of Bible scholars since the time of the Enlightenment. Yet for every flaw critics think they find in Daniel, ultimately an appropriate answer comes to light.

This brings to mind the proclamation of Darius, made as a result of Daniel’s rescue from the lions’ den: “I make a decree, that in all my royal dominion people should tremble and fear before the God of Daniel: For he is the living God, enduring forever. His kingdom shall never be destroyed, and his dominion has no end. He delivers and rescues, he works signs and wonders in heaven and on earth; for he has saved Daniel from the power of the lions” (Daniel 6:26–27, NRSV).

So, too, Daniel has been saved and rescued on numerous occasions from the power of other lions—the doubters who would tear apart the Word of God. Darius would be amazed at the endurance of his words.