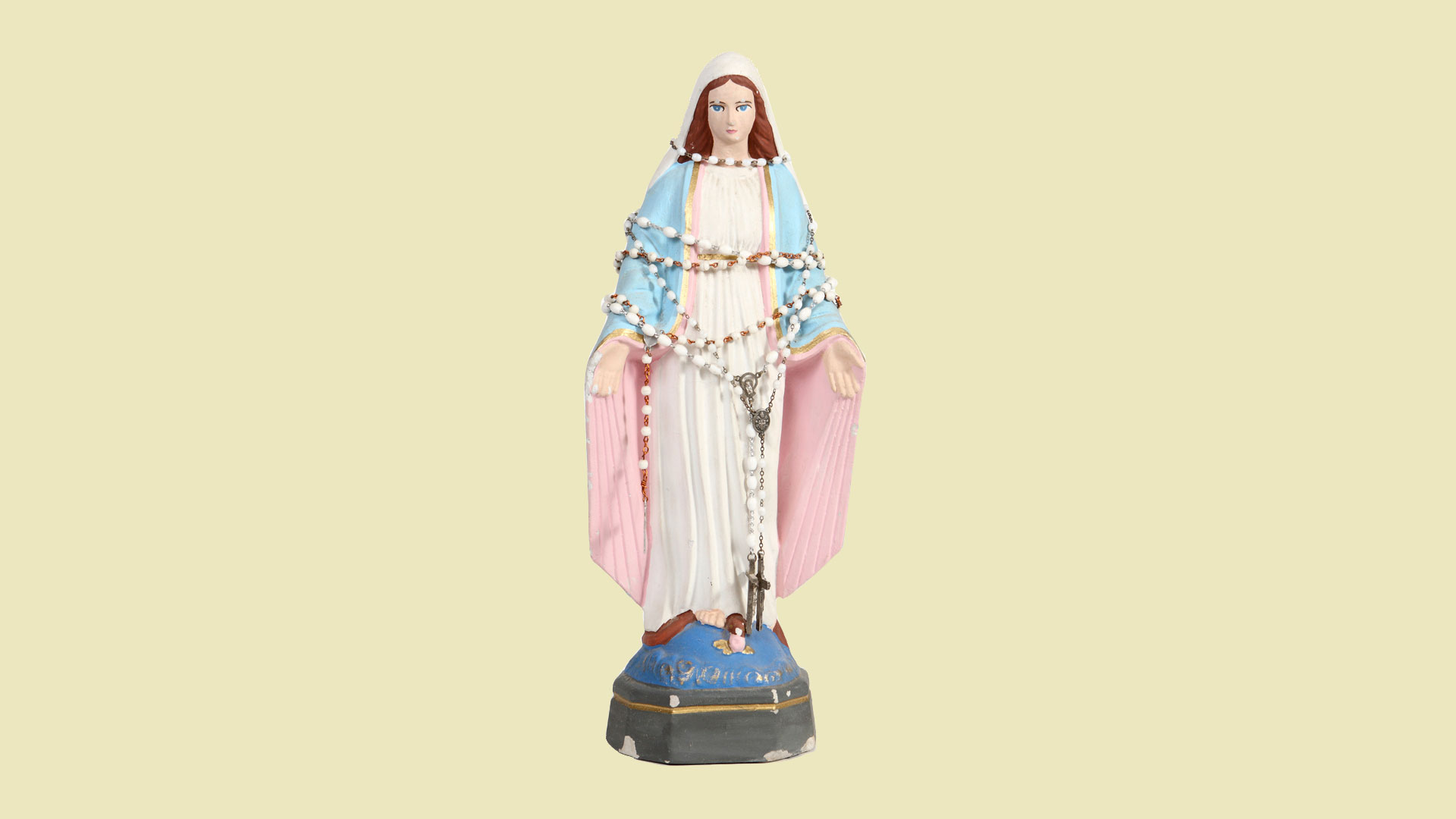 No article of faith has been subject to as much scrutiny by critics and loving burnishing by the faithful as the notion that Mary remained a virgin to her death. Leaving aside the philosophical prism through which the dogma about Mary’s perpetual virginity is typically viewed, let’s see what the Bible says about her. The Scriptures clearly state that Mary miraculously conceived as a virgin during her betrothal to Joseph, in fulfillment of Isaiah’s prophecy (Isaiah 7:14; Matthew 1:18–24; Luke 1:26–32). But do they indicate whether Mary remained a virgin after Jesus’ birth?

Matthew’s Gospel tells us that “Joseph, being aroused from sleep, did as the angel of the Lord commanded him and took to him his wife, and did not know her till she had brought forth her firstborn Son. And he called His name Jesus” (Matthew 1:24–25).

Two points are important here. First, Joseph is described as “knowing” Mary (the standard biblical euphemism for sexual intercourse) after Jesus’ birth. Second, Jesus was the firstborn son, definitely indicating other sons, and at least hinting at a female child as well. The Greek for firstborn is prototokos. Had Jesus been an only child, and had this been important, the word monogenes would have been used (Luke 7:12;8:42;9:38).

In presenting the account of Mary and the birth of Jesus, the Gospel writers simply recorded a miraculous birth. They were not seeking to portray Mary as a virgin goddess. What many theologians have failed to appreciate is that the Hebrew Scriptures, unlike the philosophical world, don’t portray the physical body (and hence sex) as evil; only its wrong use is called evil. So to the Hebrew minds of the early church, and to the writers of Scripture, Mary’s humanity was not a problem.

To this day it is philosophical ideas, which have no harmony with or place in Scripture, that drive the debate about Mary. And so, in order to avoid the obvious scriptural implication that Mary had settled down with Joseph and borne him children as a normal and dutiful Jewish wife and mother, various stories have been crafted over the years, starting in the second century. Early on, church lore described Joseph as an old man who had children by a previous marriage. He then died, and Mary brought up his children as her own. Accordingly, in Flemish artist Robert Campin’s early-15th-century painting of the nativity, Joseph is shown as old and bald. But by the Counter-Reformation, the established teaching was that Joseph also remained a virgin out of respect for Mary. Thus 17th-century Spanish artist Bartolomé Murillo, in The Marriage of the Virgin, depicted Joseph as a young man. The brothers of Christ were recast as cousins or as adopted, in spite of the consistent use of the New Testament Greek word adelphos, the derivation of which is “from the [same] womb,” thus implying siblings.

Matthew’s Gospel records another account of Christ’s mother and brothers: “Then one said to Him, ‘Look, Your mother and Your brothers are standing outside, seeking to speak with You’” (Matthew 12:47). This is repeated in Mark 3:31–35 and Luke 8:19–21. There are also two accounts in John’s Gospel of Jesus interacting with His mother and brothers (John2:12; 7:2–10). In addition, Matthew records the people’s reaction to Jesus when he visited His childhood town,Nazareth: “Is this not the carpenter’s son? Is not His mother called Mary? And His brothers James, Joses, Simon, and Judas? And His sisters, are they not all with us?” (Matthew 13:55–56). In each of these scriptures, the Greek word comes from adelphos, indicating a sibling relationship.

Mark quotes the townspeople: “Is this not the carpenter, the Son of Mary, and brother of James, Joses, Judas, and Simon? And are not His sisters here with us?” (Mark 6:3). Again, he uses the Greek words adelphos and adelphe—the usual ones for siblings (blood brothers and sisters). And according to the apostle Paul, James was “the Lord’s brother” (Galatians 1:19).

Thus, the most widely accepted historical accounts of Mary’s life—the Gospels—strongly support the conclusion that Mary followed the norm of the Jewish society of her day, bearing several children to Joseph.