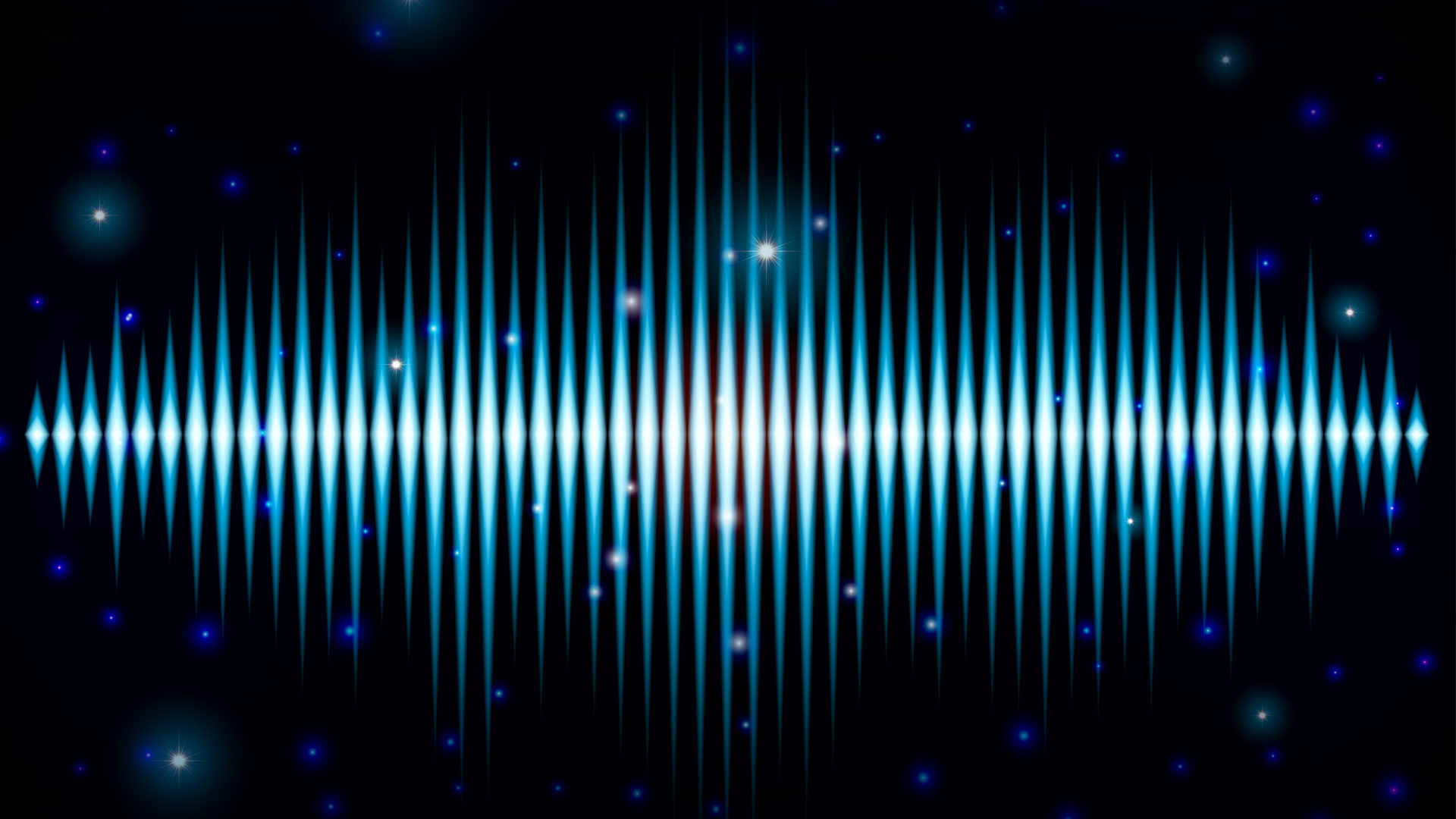 Human life has always seemed insignificant against the backdrop of the night sky. Three thousand years ago, David, king of the ancient nation of Israel, asked, “When I look at your heavens, the work of your fingers, the moon and the stars, which you have set in place, what is man that you are mindful of him, and the son of man that you care for him?” (Psalm 8:3–4, English Standard Version).

Our place in the universe has been and still is a mystery. Are we all there is? Are we alone? Is anyone watching? Today we think we may finally be in a position to get the answers we yearn for.

For almost 60 years now, the Search for Extraterrestrial Intelligence (SETI) has used radio telescopes to “listen” for the microwave signature of life beyond Earth. But on July 20, 2015—the anniversary of the first moon landing (1969) and the first confirmation of planets beyond our solar system (1995)—billionaire Yuri Milner announced that over the next 10 years he will invest $100 million to fine-tune our scientific ears so we can hear that signal, if it exists. The project includes funding to receive and process data and to create a message for possible transmission. Dubbed the Breakthrough Initiatives, this search for extraterrestrial life is the most intensive ever undertaken.

“When you think of the number of stars in the Milky Way—100 billion stars and 100 billion galaxies in the universe, the visible universe—it seems very unlikely that ours is the only life.”

The 1997 movie Contact popularized this quest across the electromagnetic spectrum. Based on Carl Sagan’s earlier novel by the same name, the story follows a radio astronomer’s efforts to discover that elusive sign of intelligence. She is single-minded, even given to bouts of listening to random sounds—tumbling shoes in a washing machine, for example—to train her ear to sort the static from the signal. After all, dissecting the celestial tone of creativity from the chaotic gibberish of interstellar noise is not an easy business. Spoiler alert: She indeed finds it and follows its directions to a meeting with other beings across the universe, but in the end no one will believe her; the evidence of her discovery is deemed more faith and imagination than science and fact.

Breakthrough Initiatives represent a massive, real-life updating of Sagan’s fictional story. “Current technology,” said Milner, gives us a real chance to answer one of humanity’s biggest questions: Are we alone? . . . The search for intelligent life in the Universe is the ultimate win-win. Either we’re unique, or we’ve got company. Either outcome is quite remarkable.”

Joining him are many luminaries who have been directly or indirectly involved with SETI over the years, including Frank Drake; Lord Martin Rees; Stephen Hawking; and Carl Sagan’s widow and coproducer of Contact, Ann Druyan. Full-page ads accompanying the announcement were published internationally in the Wall Street Journal, the New York Times, the Guardian, the Financial Times, and the Times of India. Among the 27 other signatory supporters are Nobel laureates James Watson, Shinya Yamanaka and Steven Weinberg.

“While I was out there my other thought was, ‘How could there be another place this beautiful?’ . . . After viewing the Earth, I didn’t think there could be another place as beautiful as our planet. It’s something you want to share but just can’t completely.”

The project is intended to survey the one million stars closest to Earth and will scan the center of our galaxy and the entire galactic plane. Beyond the Milky Way it will listen for messages from the one hundred galaxies closest to ours. Materials provided by the organization suggest that if a civilization based around one of the thousand nearest stars is transmitting to us with the power of even a common aircraft radar, the Breakthrough Listen telescopes could detect it.

Using the Green Bank radio telescope in West Virginia and the Parkes Telescope in Australia, the program will cover ten times more of the sky than previous SETI programs; it will also span at least five times more of the radio spectrum—and it will do it a hundred times faster.

Along with the radio search, the Automated Planet Finder telescope at Lick Observatory in California will undertake the world’s deepest and broadest search for optical laser transmissions, using spectroscopic techniques a thousand times more effective than previous efforts at detecting interstellar laser signals.

The vast amounts of data collected will be open to the public, and all software will be open source. According to project materials, “both the software and the hardware used in the Breakthrough Listen project will be compatible with other telescopes around the world, so that they could join the search for intelligent life. . . . Scientists and members of the public will be able to add to it, developing their own applications to analyze the data.” No more listening to tumbling shoes.

Complementing the data gathering/listening aspect of the project, Breakthrough Message will encourage people to create a message describing who we are to anyone that might be listening for us. But “this initiative is not a commitment to send messages,” say the organizers. Because finding extraterrestrial intelligence might well be a disruptive event in human history, the Message initiative simply gives humankind a forum for working through the idea. “It’s a way to learn about the possible languages of interstellar communication; and to spur global discussion on the ethical and philosophical issues surrounding communication with intelligent life beyond Earth.”

Hawking adds, “It’s time to commit to finding the answer—to search for life beyond Earth. The Breakthrough Initiatives are making that commitment.”

“It is only in this century that discussion of extraterrestrial beings has taken place in a context where a clear separation has been made between the scientific and religious aspects of the topic. But this separation is really only skin-deep.”

“We are on a journey and don’t know where we are going, but that should not be unappealing,” Wendy Freedman told Vision in 2009. Freedman is the former director of the Carnegie Observatories in Pasadena. She is now professor of astronomy and astrophysics at the University of Chicago. Her work helped establish the expansion rate of the universe and its estimated age of 13.7 billion years.

Does contemplating the existence of other life in the universe diminish our place? Freedman believes it does not: “The fact that we are here contemplating this extraordinary universe that we are part of I think makes us more important in that sense. It is quite spectacular.”

Ultimately, as Hawking put it at the Breakthrough press conference, “it is important to us to know if we are alone in the dark.”

Looking back once more to ancient Israel’s King David, we have to conclude that this, at least, was not a question for him. He believed with certainty that we are not alone, that the universe itself is evidence of a Creator: “By the word of the Lord were the heavens made, their starry host by the breath of his mouth. . . . For he spoke, and it came to be; he commanded, and it stood firm” (Psalm 33:6, 9, New International Version).

In a discussion concerning the meaning of “God,” Sagan—like David—also invoked the structure of the universe, although he concentrated on the physical laws that maintain it: “Now, it would be wholly foolish to deny the existence of the laws of nature. And if that is what we are talking about when we say God, then no one can possibly be an atheist. . . . So with this latter definition of God, we all believe in God.”

But Sagan went further in Contact. Using the number pi (π) as his “law of nature,” Sagan gave his heroine the answer she had been seeking: “Hiding in the alternating patterns of digits, deep inside the transcendental number, was a perfect circle, its form traced out by unities in a field of noughts. The universe was made on purpose, the circle said. . . . As long as you live in this universe, and have a modest talent for mathematics, sooner or later you will find it. It’s already here. It’s inside everything. You don’t have to leave your planet to find it. In the fabric of space and in the nature of matter, as in a great work of art, there is, written small, the artist’s signature. Standing over humans, gods, and demons . . . there is an intelligence that antedates the universe.”

We don’t need to wait for a message from the universe to know if anyone is out there. We already have that message. And we don’t really need the math. We just need the eyes to see and the ears to hear the answers that have been right in front of us since the foundation of the world.