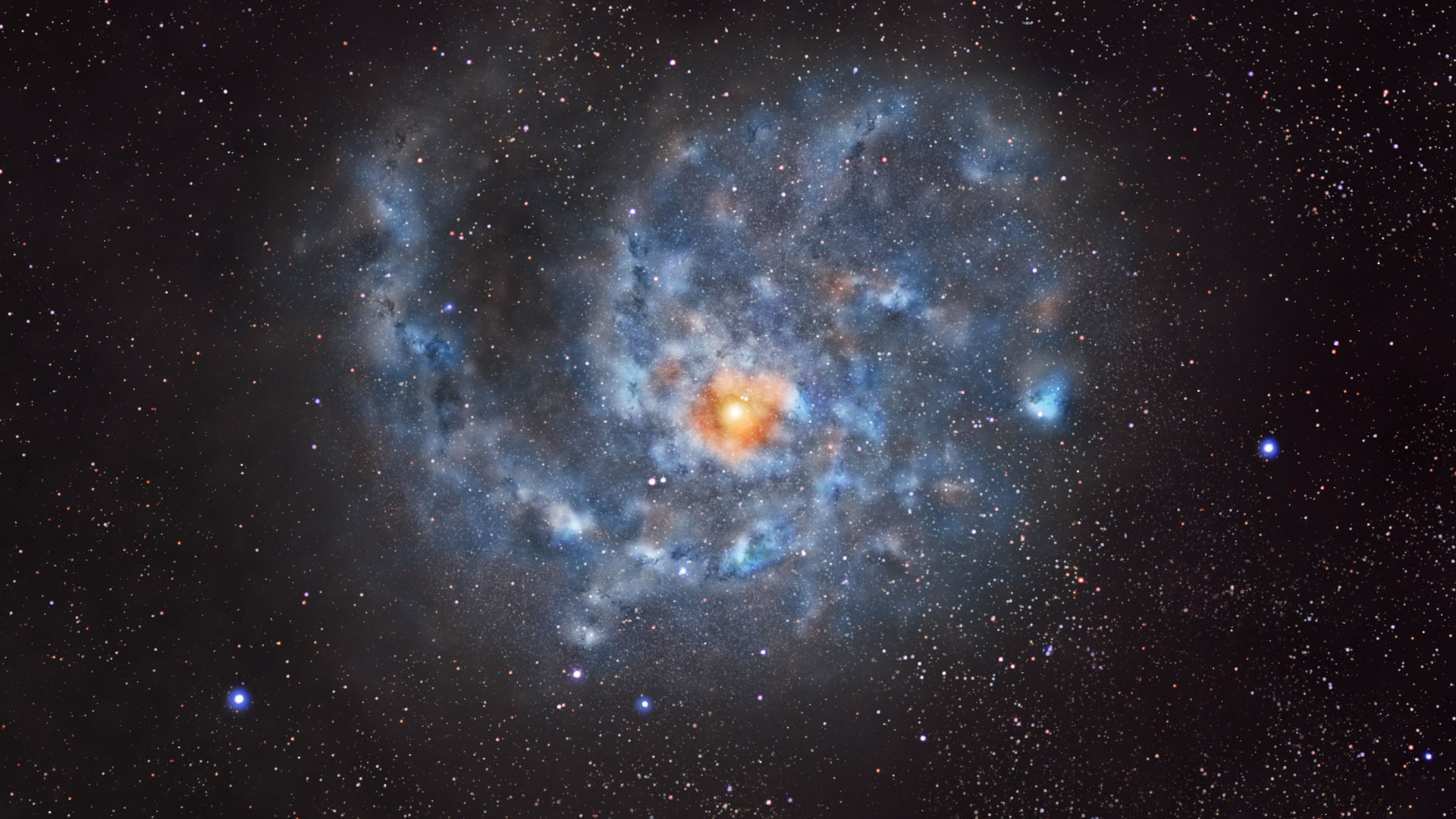 With a grant from Andrew Carnegie a century ago, George Hale established the observatories at Mt. Wilson above Pasadena. It was there that notables such as Edwin Hubble initiated the modern age of astronomy with discoveries concerning the size, nature, and history of the universe. Having dodged the recent ruinous wildfires sweeping Southern California, Hale’s sun observatory and world-record single-mirror reflecting telescopes continue to provide viable windows into the universe. Mt. Wilson is today administered by the Mt. Wilson Institute.

Following in the footsteps of Hale, Wendy Freedman serves as director of the Observatories of the Carnegie Institution of Washington. From offices still located in Pasadena, Freedman oversees the development of major new telescopes at the Carnegie site in Las Campanas, Chile. Sharing the 2009 Gruber Foundation Prize in cosmology with her colleagues for the Key Project to determine the expansion rate of the universe, Freedman recently spoke with Vision contributor Dan Cloer concerning her work and the next era of astronomy. A portion of that interview concerning the ongoing search for life beyond the Earth is presented below.

DC You have said that you hope for a synergy in the future when the James Webb and the Giant Magellan Telescope (GMT) begin operation. And you have also talked about how these instruments will make it possible to look for other biologically active planets. What kind of synergy are you hoping for?

WF The context of my writing these things was more about instrumentation and being able to come at problems with different approaches. But I also think there is a synergy among different fields of science. Certainly, boundaries that separated biology and astronomy are falling away as we discover other planets, complex molecules in space, and life on earth in areas we once thought were completely hostile. The probability for life out there is very high and the potential for discovery in the next couple decades is huge.

So now there is a great synergy between the work of astronomers and biologists and the study of life elsewhere in the universe. Similarly, the interface with high-energy physics as dark matter and energy have been drivers of research. The discoveries came from astronomy, but the understanding of what these things are is probably the province of physics. So there are great overlaps in both hardware and theory and observation.

DC The atom smashers are going to have the last word on it all it seems. Do you have an opinion about the origin of life? Do you think it begins spontaneously in different places or is seeded, panspermia-like, through the universe? Do you think we will find planets with life based on DNA similar to our own?

WF This is not my area of expertise but my opinion, based on recent discoveries of life on earth under the most extreme conditions, is that life is more ubiquitous than we would have imagined just a few decades ago. There are exotic organisms all over and in the surface of the earth. There are the amino acid building blocks in space. You need a heat source but that it seems could be almost anything, light, hydrothermal vents. There is enormous opportunity for life to arise, but the evolutionary forks in the road can take it in many directions, so I don’t think anyone can predict what it might look like somewhere else. It seems to me very unlikely that this would be the only location where life has managed to arise.

Before extrasolar planets were discovered in the 90s, people had predicted they would be out there. Now there are a few hundred and the number is growing rapidly. Most are large Jupiter- and Saturn-like planets and we don’t yet have the technology to see smaller, Earth-like ones. But that time is coming. These new telescopes make it just a matter of time. I find it very unlikely that we won’t find them, too. You do need planets that are the right distance from their central star so that the temperatures don’t boil or freeze all of the water. I don’t know what other chemical environments might work. It also seems that a large planet like Jupiter has been important in controlling the rate of meteor impacts on Earth. There are so many factors but then there is such potential. When you think of the number of stars in the Milky Way—100 billion stars and 100 billion galaxies in the universe, the visible universe—it seems very unlikely that ours is the only life. The telescopes won’t be able to see life but will ultimately be able to detect conditions that are the result of biology rather than chemistry alone.

DC In 1938 Andrew Carnegie said that the purpose of his endowment was to “encourage in the broadest and most liberal manner investigation, research, and discovery, and the application of knowledge to the improvement of mankind.” The history of astronomy has seemed to make us less and less significant. We are small creatures on a small planet circling a little star on the edge of a huge galaxy in a vast universe of billions of other galaxies. How does that knowledge improve mankind? Has the last 100 years of astronomy reduced the specialness of humankind?

WF No, I don’t think that at all. Look at us; we can contemplate the universe, ask questions about it and discover new mysteries. I don’t see how that diminishes our place in this more fantastic universe. Our understanding of it is continuing to grow. Astronomy appeals to all people not just scientists who study it. The very fundamental questions of where we come from and what the universe is about have been asked for thousands of years. Our knowledge accentuates the beauty, enormity, and mystery of existence, and science in general is one of the things that makes us uniquely human.

We are on a journey and don’t know where we are going, but that should not be unappealing. Finding our place in the cosmos is a journey that is incredibly exciting. Science is like art and music, but it is often mistakenly thought of as something that makes life less beautiful. Not being the center of the universe does not somehow demote us. I don’t see that logic. The fact that we are here contemplating this extraordinary universe that we are part of I think makes us more important in that sense. It is quite spectacular.