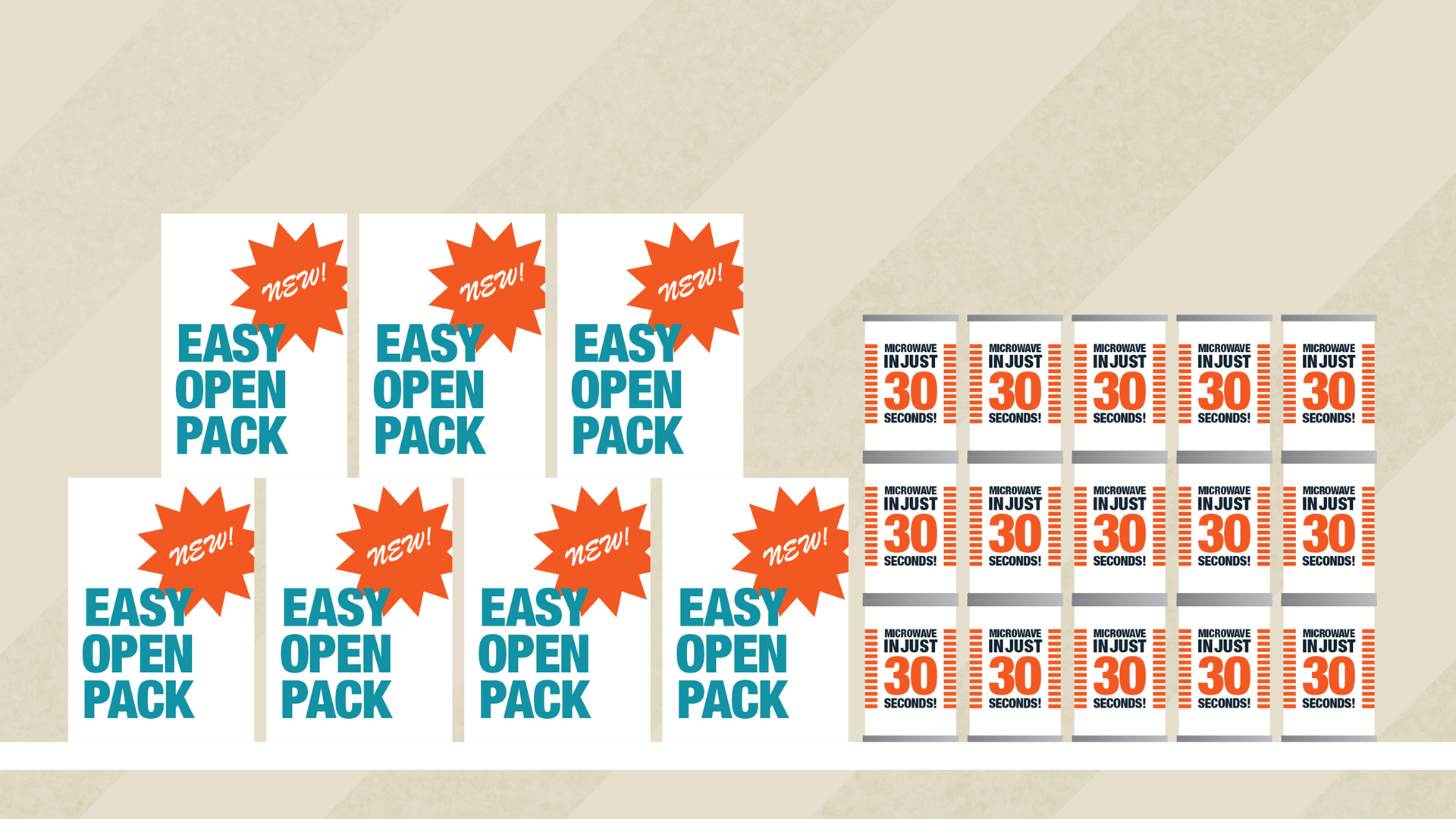 Food and nutrition. In concept it seems straightforward enough. Food is what we eat to obtain the nourishment and thus the energy to keep us going from day to day. Yet food has undergone radical changes over the past hundred years, especially in the industrialized West. People who lived at the turn of the 20th century wouldn’t recognize today’s grocery stores, and they certainly wouldn’t recognize much of what fills grocery store shelves as nourishment.

It all began with a push toward greater convenience in an increasingly mechanized world. Electricity and then electronics brought with them an endless stream of new gadgets for the home, each promising to make life easier in some way. Many of these time- and labor-saving devices were destined for the kitchen. Factories, too, were retooled to streamline the manufacture of everything, including food. But a growing segment of today’s population is concerned about healthy eating and about the place of heavily processed foods in their diet. Should convenience be the ruler by which we measure food and nutrition?

Some convenience foods actually predate the 20th century, among them canned soups, fruits and vegetables; gelatin dessert mixes; ketchup and other prepared condiments; pancake mixes; ready-to-eat breakfast cereals; sweetened condensed milk. After the First World War, these and more found their way into the kitchens of eager young housewives, with manufacturers often promoting their innovative products via free recipe books.

There’s no denying that flavor, texture and nutrients suffered, but people began to rely on these conveniences, and their tastes simply changed to accommodate. It was, after all, an era of scientific progress.

By 1937, as another world war threatened, the timing was perfect for the arrival of a processed, canned meat product called Spam. Currently celebrating its 75th anniversary, Spam was all but guaranteed to make a name for itself when the U.S. government included it in war rations to be shipped overseas to Allied troops. It was economical, had a long shelf life, needed no refrigeration, and was ready to eat straight from the can.

The processed meat product won a place in pantries back home as well, and for all the same reasons. During wartime, women joined the workforce in unprecedented numbers to fill in for all the men-turned-soldiers. This left less time to cook, and many of the newly employed were ready for quick, cheap, modern and convenient time-savers at the end of the day.

After the war, women (whether or not they were still employed outside the home) were encouraged to embrace the frozen, dehydrated, canned and boxed foods that promised to save time in the progressive modern era and allow more time for new leisure options—for example, watching television. Of course, food manufacturers capitalized on the new medium, contracting with celebrities such as George Burns and Gracie Allen to promote an ever-growing number of new products on live television shows as well as on radio and in popular magazines; if Gracie liked Spam or evaporated milk, it had to be good!

Inevitably people began combining various convenience foods: a package of noodles, a can or two each of condensed mushroom soup, tuna and peas, some crumbled potato chips on top, and voilà—the tuna casserole was born. And for the ultimate side dish, a baked mixture of canned green beans, condensed mushroom soup and dehydrated fried onions. What could be simpler?

Throughout the 20th century, the food industry worked to provide not only convenience but also ostensibly wholesome substitutes for natural foods, including butter. In fact, margarine has been around since the late 19th century, but for many years it was white by law. Eventually, however, it came with added artificial flavor and a capsule of yellow artificial food coloring (to be kneaded in after purchase) so it would taste and look more like the real thing. At first countries including Canada, Australia and France, as well as some American states—notably Wisconsin, the Dairy State—outlawed colored margarine to protect their butter trade. As unappealing as hydrogenated oil with a side of chemical yellow color sounds today, “modern” housewives trekked across state lines to procure the factory-made substitute and bring it back to their kitchens.

Eventually “millions of American palates adjusted to artificial flavors and then welcomed them; and consumers started to let the food industry make a great many decisions on matters of taste that people in the past had always made for themselves,” writes Laura Shapiro in Something From the Oven: Reinventing Dinner in 1950s America.

Advertising companies and the growing convenience-food industry made sure that eating the modern way became the fashionable way. Real, fresh food in its natural form no longer seemed desirable. With the advent of frozen products in addition to canned, foods were widely and consistently available year-round. There was no need to rely on seasonal or regional crops, and prices remained fairly stable from winter through autumn. In keeping with this revolutionary new approach, a fish dinner—which might once have consisted of fresh, delicate lake perch with a butter sauce and in-season vegetables—now meant reheated frozen fish sticks with instant mashed potatoes, canned peas and Jell-O salad.

Commercial food manufacturers helped ensure the success of the new paradigm through the education system, providing instructional material for home economics teachers to pass on to students. In Something From the Oven, Shapiro cites a 1955 article that sang the praises of convenience foods in the classroom. “These mixes eliminate much of the tedious, uninteresting part of the work for the students,” she quotes; “mixes are in keeping with our speed era.”

By the 1960s, cooking with food in its raw, natural state was little more than a quaint novelty and was in fact becoming a lost art. But then Julia Child learned how to cook and went on to help many American women rediscover the joys of cooking. The writings of Adelle Davis and others began to infiltrate the consciousness of a new generation, and “health food” became the latest buzzword. Healthy eating gained more traction after Rachel Carson sounded the alarm about what pesticides were doing to our environment and to us.

But for the majority, convenience remained the hallmark of modern food and nutrition. Throughout the remainder of the 20th century, convenience foods continued to gain in popularity, and “fast food”—the ultimate convenience food—joined the revolution. Fast-food chains reached from coast to coast and then around the world, from Boston to Bahrain. The mass of consumers had by now largely lost the connection between food and nutrition, and few thought much about ingesting foods to keep them healthy.

After several generations of variations on this theme, however, we are seeing the effects of eating foods that are so far removed from their original state. Not only are many diseases linked to poor diet—from certain cancers to diabetes to heart disease—but obesity affects an unprecedented segment of the Western population. The ideas planted by Childs, Davis, Carson and others are finally taking root and spreading. Although grocery-store shelves attest to the ongoing public demand for the quick and easy, Slow Food and related movements are growing, along with an awareness of the deliciousness and healthfulness of seasonal, local, sustainable fresh food. With the help of time and information, tastes are changing worldwide once again as consumers little by little rediscover the flavors, textures and nutrition of real food and healthy meals.

We’ve seen many culinary changes since early-20th-century cookbook author Fannie Farmer declared with infectious optimism, “I certainly feel that the time is not far distant when a knowledge of the principles of diet will be an essential part of one’s education. Then mankind will eat to live, will be able to do better mental and physical work, and disease will be less frequent.”

Perhaps the takeaway lesson in all of this is that we shouldn’t rely on agribusiness or the food industry to lead us to better health. Understanding the connections between food and nutrition—the complex relationship between how we produce what we eat and its effect on our personal and environmental health—is an individual responsibility. In the long run, a return to more natural foods can’t help but have a positive effect on health and productivity. Who knows? Seen in that light it may turn out to be the real time-saver.