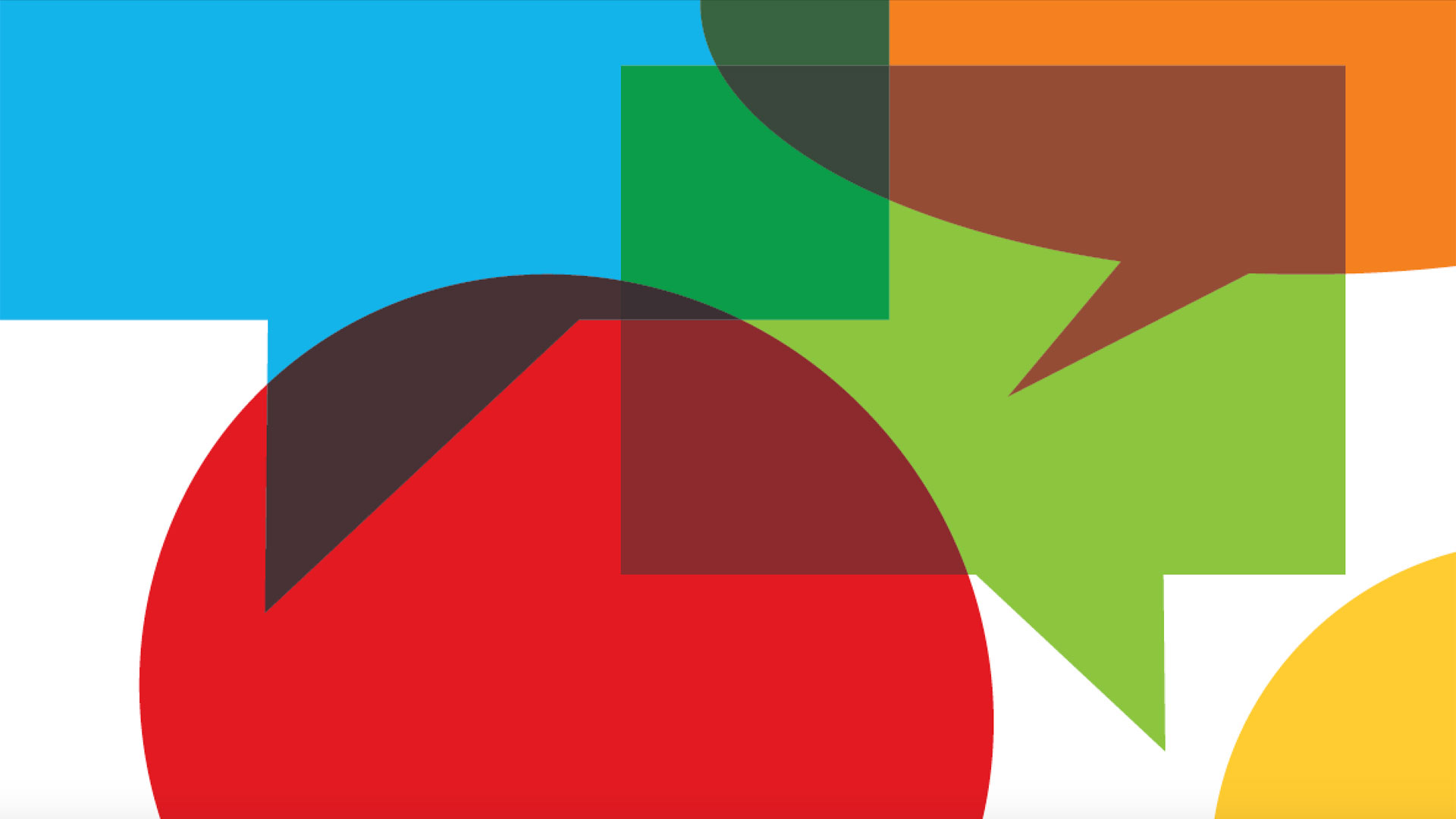 The ability to communicate is seen by some scientists as a key skill separating humans from “lower species” of the animal kingdom, but anyone who attended the What Makes Us Human? conference in Los Angeles last April might have found reason to question this assumption. Jointly sponsored by the Oxford International Biomedical Centre and Vision.org Foundation, the conference brought together scientists from several disciplines to discuss the differences—and the similarities—between humans and animals. As one might expect, the topic of communication figured prominently in the program, but not necessarily as a point of divergence.

Several panelists pointed out that most animals, even insects, communicate with each other on surprisingly complex levels. Take bees for instance: through a simple dance, a honeybee scout conveys complicated instructions that include direction, angle and distance so that other bees can unerringly locate a food source. It could be said, in fact, that their communication is even more effective than that of humans. After all, one rarely sees a bee fly off in a huff because his companions didn’t understand him.

Humans, on the other hand, seem to have a much harder time getting their intentions across. Lawsuits, job loss, classroom failure, and divorce and other estrangements among family and friends are just a few difficulties we deal with as a result of our distinctive capacity for chronic miscommunication and misunderstanding.

While some of these problems can be traced to simple causes—failure to listen carefully or to enunciate clearly, for instance—there are also more complex obstacles to successful communication. A crucial factor is that, as individuals, we have unique personalities and don’t always communicate so that others can easily understand our motives and intent. Unlike bees, we also receive communication through the filters of our own experiences and preconceived ideas.

A Matter of Style

Deborah Tannen, linguistics professor at Georgetown University in Washington, D.C., has studied this topic for more than 30 years and has much to say about where to find the weak links in the communication chain.

And while such assumptions might seem more likely between strangers, the opposite may actually be true. When we think we know someone well, we may be predisposed to think we are correctly interpreting their meaning when in fact we are not.

Using the parent-child relationship as a prime example, Brandeis University researcher Ruth Nemzoff explains how wrong our misconceptions can be: “If I say to my adult daughter, ‘How’s your work going?’ she’s old enough now and secure enough that she truly believes I’m asking ‘How’s your work going?’ When she was a younger adult, and perhaps less secure, she might have said, ‘Mum, I’ll take care of my work. I know how to do it!’ The old mantras of ‘Did you do your homework?’ from the years when parents had a supervisory role take a while to disappear. Children will hear parental admonitions for many more years than we mean them.”

Though it seems obvious that all of us have unique experiences that cause subtle personal changes over time, Nemzoff points out that these changes occur at different rates and may go unnoticed even by close friends and family. “Often we assume that things stay frozen,” she says. “Unless we help each other unfreeze these images, we keep these outdated ways of interpreting each other.”

But how do people go about helping each other to reframe their perceptions?

“Communication is a continual balancing act, juggling the conflicting needs for intimacy and independence.”

Nemzoff says, “This is where intimacy is needed—to be able to share some of the changes that have occurred in our lives.” Through intimate conversations, especially within families, people recalibrate, learning to appreciate these changes and to see each other in a different light.

Even when that intimacy exists, however, differences in conversational style may erect further obstacles to effective communication.

“For me, the paradigm case for this idea of conversational style is that of pacing and pausing,” says Tannen. “If you talk to somebody who has a different sense of timing—pacing and pausing—whoever is expecting the longer pause will find that they can’t get the floor.”

In this case those waiting for a longer pause might feel trounced over, while those with what Tannen calls an “overlapping” style may be annoyed at the fact that others don’t join in and they are “forced” to carry the conversation alone.

Neither Tannen nor Nemzoff makes a judgment about who is right and who is wrong when it comes to style issues. Instead they encourage each conversational partner to make the effort to understand the other’s style, which can be affected by any number of factors.

“The biggest mistake is believing there is one right way to listen, to talk, to have a conversation. . . . Understanding style differences for what they are takes the sting out of them.”

“A good style is the style that works in the context you’re using it in,” says Tannen. “Now some styles tend to be typical of women and men, but nothing is set in stone. And of course, in addition to being women or men, we have these other influences on our style that I’ve written about: region, culture, ethnic background, class, age.”

Tannen points out that generalizations about these factors obscure individual personality differences, but paradoxically, ignoring them may also create situations where we judge others by our own norms.

This leads to a concept that Tannen finds unfortunate: people often want to know which conversational style is best, yet her analysis shows that people can have very different but equally valid styles. The tendency, she notes, is for most of us to oversimplify differences. For instance, men are sometimes said to be more straightforward and competitive, while women are thought to be less confrontational and more cooperative. However, it’s certainly possible to be cooperative while expressing oneself in a straightforward manner, just as it’s possible to be competitive while expressing oneself nonconfrontationally.

Unfortunately it is too easy to mischaracterize those whose styles differ from our own. A student at California State University relates a criticism she received from a male friend at school. “You always seem to have something in common with everyone you talk to,” he told her. “You’re just a people pleaser.” Though his assessment was natural, it was also unjust. Research shows that male subjects tend to bond by discussing areas of divergent opinion, while female subjects tend to bond by discussing commonalities. This does not mean that all men and women display these respective tendencies. Nor does it mean that women don’t see the areas of divergence, or that men don’t recognize the commonalities. It merely means each may use a different approach to interacting. But if a man’s style is to bond through exploring differences, it’s easy to see why he would view a woman’s collaborative style as ingratiating. Similarly, a woman might view a man’s style as combative.

Journalist Stephen Morrill of Tampa, Florida, shares a story that perfectly illustrates this point. “Father was from Maine,” he says. “He spoke rarely and thought things through. Mother was from California and talked fast—and so did I. So we had conversations where Dad said something, and Mom and I responded and then went on. Five minutes later Dad responded to our response, but that was now a topic of conversation we had left behind four minutes earlier. Sometimes it was such a non sequitur that Mom and I had to think back to remember what he was referring to. He had been thinking about it all that time.”

In this case, one of the men in the family fit the stereotype and the other didn’t. But there are other considerations that render this stereotype invalid. Tannen points to repeated studies of men and women in meetings, mixed-group discussions and classroom situations. Almost without exception, the men in these situations spoke more often and for longer periods than even the most talkative women in the study.

Tannen attributes this, again, to style differences. Men in studies very often exhibit what may be called “report talk,” while women more often exhibit “rapport talk.” So in a situation where the prevailing style is a rapport-building exchange, such a man may fall silent throughout the conversation, while in a situation where he can hold forth on a pet topic to an audience—whether made up of strangers or family and friends—the same man may only reluctantly give up the floor.

But Tannen carefully emphasizes that gender isn’t necessarily the most important factor in conversational style. “Everyone is shaped by innumerable influences, such as ethnicity, religion, class, race, age, profession, the geographical regions they and their relatives have lived in, and many other group identities—all mingled with individual personality and predilection.”

Understanding how these influences shape conversational style may not save us from every communication disaster. But it may help us avoid misinterpreting the motives of others while also divesting ourselves of the belief that our own conversational style is the ideal to which everyone must aspire.

“We are aiming to grow connections—bonds that tie us,” Nemzoff observes. “If only you are willing to look at yourself, the relationships will benefit. After all, you only can change what you can control. And you can only control yourself.”

In fact, Nemzoff may have put her finger squarely on the most important attribute that separates humans from the rest of the animal kingdom. Perhaps what actually makes us human is the ability to analyze, control and improve our communication skills, and thereby our relationships.