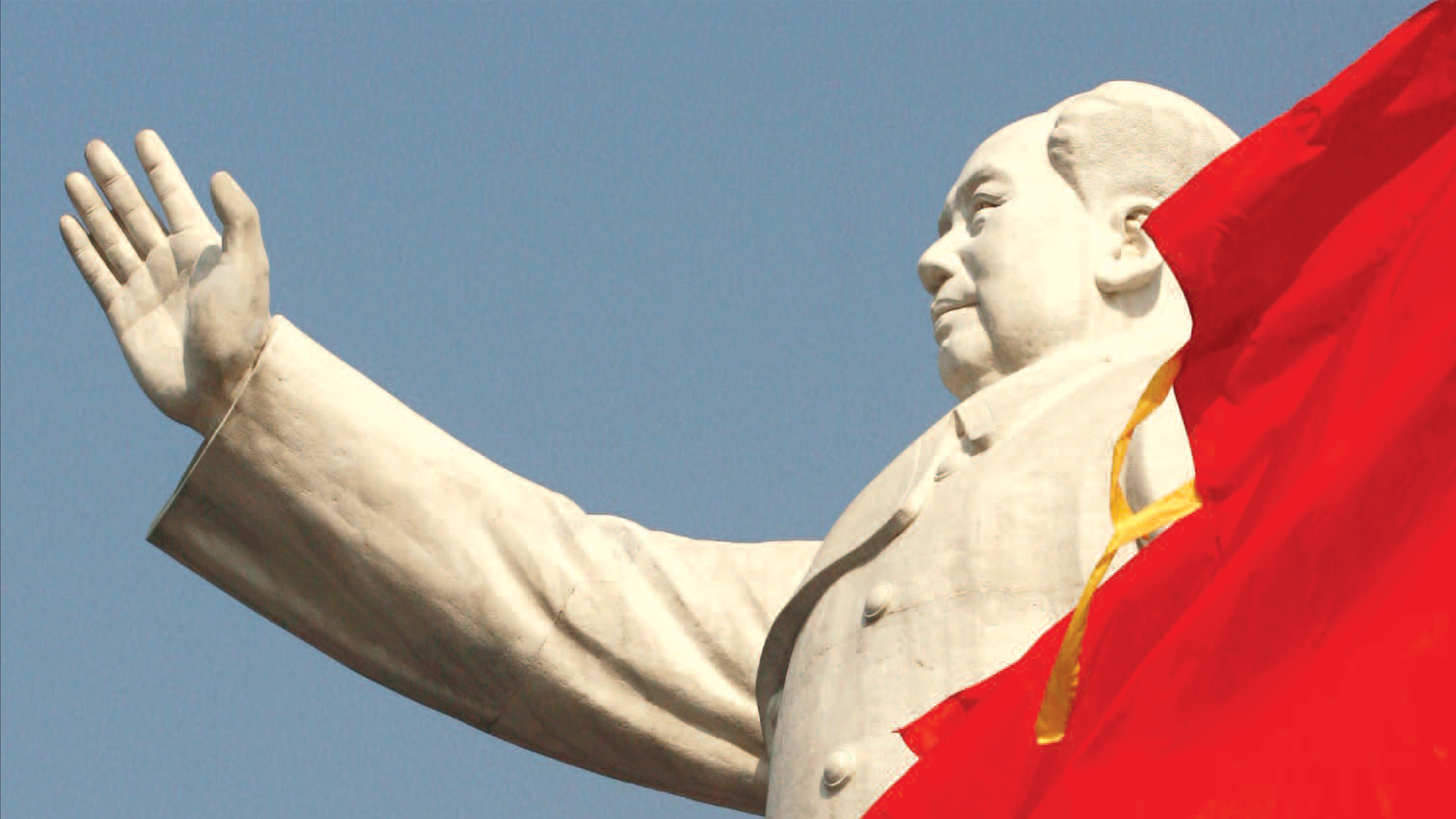 New documentary evidence revises what was known about Mao Zedong’s “Great Leap Forward” (1958–62). His drive to surpass Britain in industrial and agricultural output within 15 years meant mobilizing millions of peasants and housing them in communes. They moved billions of cubic meters of earth by hand in ill-advised water conservation schemes that ultimately failed. They melted down metal of all kinds in backyard furnaces in an effort to boost steel output but produced mostly useless pig iron. Ever-higher grain quotas were demanded for export. All of this was done at great individual cost, only to bring on the ravages of possibly the worst famine in human history.

“Coercion, terror and systematic violence were the foundation of the Great Leap Forward.”

Mao’s Great Famine (2010) by historian Frank Dikötter chronicles the ghastly four-year period that resulted in the peacetime death of millions. The word famine disguises the brutality of the catastrophe, for many were deliberately terrorized, deprived of food and rest, and murdered. Dikötter’s revised estimate of those lost is more than 45 million—a number based solidly on Chinese sources. Those responsible for the deaths ranged all along the line as fear and self-preservation soured the milk of human kindness—hot evil and cold evil in fatal combination. People were literally starved to death, worked to death, or falsely accused and ruthlessly liquidated as enemies of the state.

Mao took his lead from Nikita Khrushchev. The Soviet leader aspired to beating the United States in industrial output following the successful launch of Sputnik 1 in 1957. But like his Soviet counterpart, Mao was unable to bring about such progress. Nor did he care about the human suffering he was engendering. According to Dikötter, “at a secret meeting [on] 25 March 1959, Mao specifically ordered the party to procure up to one third of all the grain, much more than had ever been the case. At the meeting he announced that ‘When there is not enough to eat people starve to death. It is better to let half of the people die so that the other half can eat their fill.’”

Eventually the Chinese Communist Party had to admit that the Great Leap Forward was a mistake. But they stopped short of blaming Mao. Nevertheless, his popularity declined and, perhaps in response, in 1966 he launched another disastrous program. The Cultural Revolution resulted in the persecution of many millions more and the death of hundreds of thousands. The way was cleared for the further development of the personality cult for which Mao became infamous.

Chinese sociologist Jiping Zuo noted that in 1966 “the streets of Beijing were filled with banners with such slogans as ‘Long live Chairman Mao’ and ‘Be ready to die in defense of Chairman Mao.’ The songs children sang were reminiscent of Western hymns in praise of Jesus. . . . Mao was glorified as ‘the Red Sun,’ ‘the Great Teacher,’ ‘the Great Leader,’ ‘the Great Commander,’ ‘the Great Steersman,’ and significantly, ‘the Messiah of Working People.’”

All of this brings to mind the words of the real Jesus when His disciples were disputing who among them was the greatest. He told them: “The kings of the Gentiles exercise lordship over them, and those in authority over them are called benefactors. But not so with you” (Luke 22:25–26). They were not to be like the Roman world around with its concepts of human authority and greatness, and honorary titles such as “benefactor.” He went on to say that humble service is a key attribute of the converted mind. The day would come when they would have godly authority, but as spirit beings in the kingdom of God (verse 30). Human “greatness” and power over others is simply not God’s way. His Spirit leads us on a very different path.