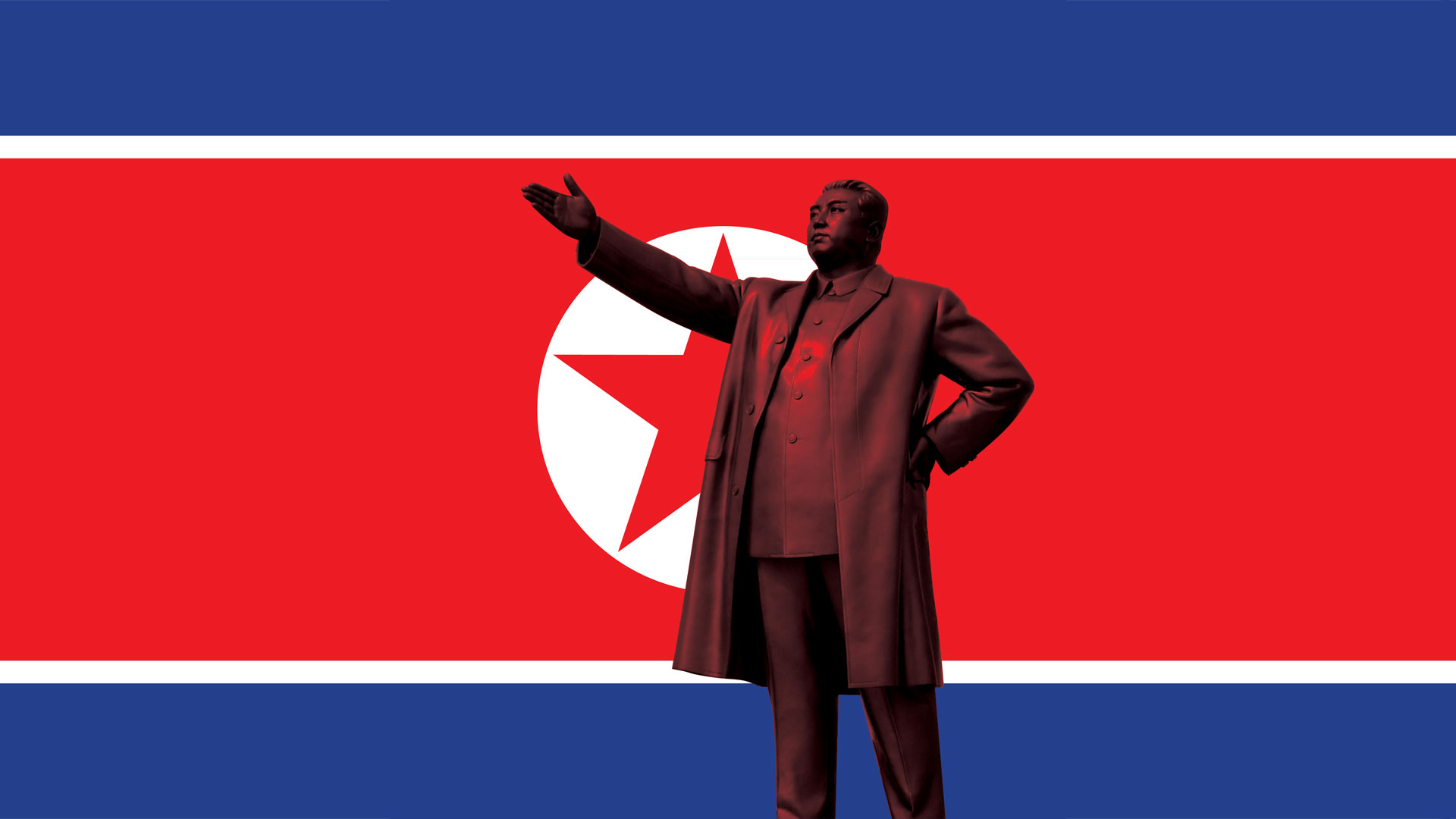 Do religion and politics mix? Can they be one and the same? It’s often noted that leaders make use of religion and its symbols and ceremonies to advance political agendas. When Mussolini came to power in early-20th-century Italy, one of his first acts was to reinstall the crucifix in all classrooms. He was happy to defend Catholicism as a part of national tradition, not to promote the values of Christianity. He needed the church as an ally in establishing his despotic rule. What Mussolini championed was a new political religion that aimed to regenerate mankind, beginning with the new Italian man. Of course, he failed, because as political scientist Emilio Gentile has pointed out, “it is impossible to change human nature through politics.”

What, then, of the present situation in North Korea?

Supported by the Soviet Union, founder Kim Il-sung took office in 1948. His rule lasted until his death in 1994, at which point his son, Kim Jong-il, succeeded him. In turn, his death in 2011 brought his youngest son, Kim Jong-un, to power. The system underlying the six-decade-long Kim dynasty is known as Juche, the post-communist ideology developed to replace Kim Il-sung’s Marxist-Leninist beginnings. It signifies independence and self-sufficiency in all things: defense, politics, economics. Yet the highly militarized, one-party nation has failed spectacularly to become economically self-sufficient. Thirty percent of the general population is malnourished, 150,000–200,000 are subjected to harsh conditions in gulag-style labor camps, and the state’s international relations are unpredictable, prone to saber rattling and nuclear blackmail.

“The Juche idea is based on the philosophical principle that man is the master of everything and decides everything. It is the man-centred world outlook. . . .”

Why, then, do most North Koreans go along with the system? Part of the reason is the nature of political religion. The Economist notes that with 19 million followers, Juche is the 10th-largest religion in the world. Quoting Thomas J. Belke, author of a book on the subject, the article explains that Juche “has a comprehensive belief system, holy places, distinctive customs . . . and it displaces other religions.” Another key lies in the cult of the leader. The Kims have risen to the status of gods, despite their rejection of traditional religion. In denouncing Christianity, however, Kim Il-sung apparently did not mind borrowing heavily from the religion’s imagery. Juche maintains that the people of North Korea live in an earthly paradise, a concept borrowed from the returning Christ’s 1,000-year kingdom of peace (see Revelation 20). But this would have to be an article of faith in a country that is often on the brink of starvation through bad economic policy.

Four years after his death, the People’s Supreme Assembly named Kim Il-sung “the eternal president.” Today his ruler cult, centered on the trinitarian belief of his devoutly Christian mother, is flourishing. He has become the everlasting father; his son (whose birth was allegedly attested by signs and wonders), the Jesus figure; and the state’s emphasis on self-sufficiency, a counterfeit of the Holy Spirit.

Juche also teaches in a parallel with Jesus’ words in the Gospel of John that Kim Jong-il was sent to do the will of his father, and that the two were one in ideology and will. The state religion compels party activists to emulate the traits of the “mother party,” a phrase that begs comparison with the New Testament’s “mother church” (see Galatians 4:26; Hebrews 12:22–23).

Where this leaves the latest Kim remains unclear. But as “genius among geniuses” in military knowledge, “Young Master,” “Supreme Leader” and “Great Successor,” he seems assured of a place in Juche’s pantheon.