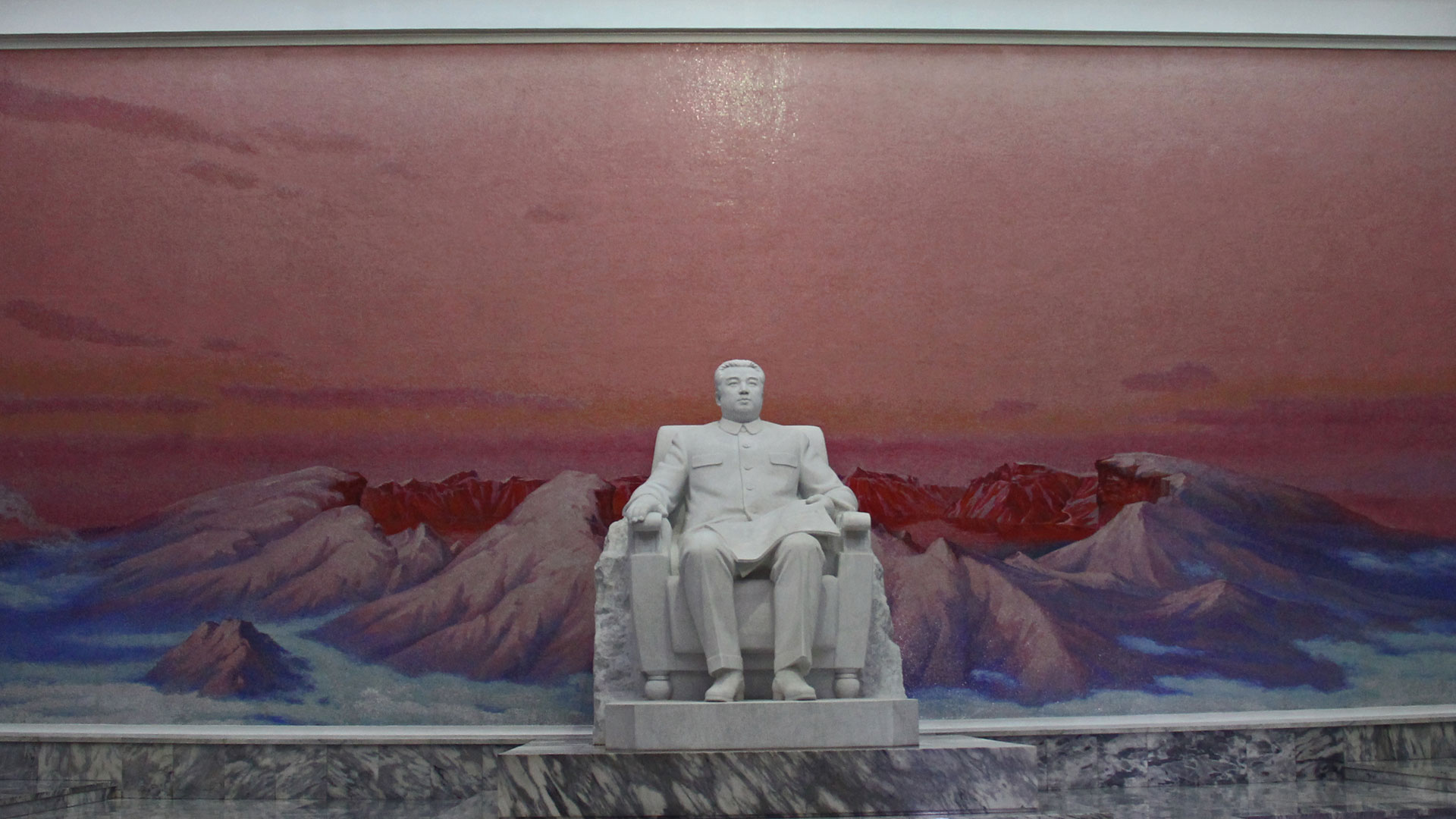 If Pol Pot (1925–98) proved to be Cambodia’s ephemeral false messiah, there is nothing short-term about the legacy of Kim Il-sung (1912–94) of North Korea. He began his 46-year rule as a committed Marxist-Leninist but eventually created his own postcommunist Juche ideology of self-reliance. In the process, he perpetuated a personality cult and a savior dynasty.

Depicted in one propagandist legend walking across a river on nothing more substantial than fallen leaves, Kim Il-sung, according to one defector, “was the object of a personality cult extravagant enough to rival that of Stalin or Mao Tse-tung, and indeed, even to outlive them.”

Like other 20th-century communist leaders, Kim considered not only capitalism but Christianity to be corrupting and deadly to the state. He repudiated Christian nonviolence, believing that revolutionaries needed to cultivate a fighter’s mentality rather than what he considered to be the weak-mindedness of psalm-singers.

In denouncing the religion, however, the atheist apparently did not mind borrowing heavily from Christianity’s imagery. More than a decade after his death, his cult, centered on the Trinitarian belief of his Pentecostal Christian mother, is flourishing. Kim Il-sung has become the everlasting father; his son, Kim Jong-il (whose birth was allegedly attested by signs and wonders) is the Jesus figure; and the state’s emphasis on self-reliance counterfeits the Holy Spirit.

Besides immortalizing Kim Il-sung (the People’s Supreme Assembly named him president “for all eternity” four years after his death), Juche teaches in a parallel with Jesus’ words in the Gospel of John that Kim Jong-il has been sent to do the will of his father, and that the two are one in ideology and will. The state religion also compels party activists to emulate the traits of the “mother party,” a phrase that begs comparison with the New Testament’s “mother church.” Further, Juche maintains that the people of North Korea live in an earthly paradise, a concept borrowed from the returning Christ’s 1,000-year kingdom of peace (see Revelation 20). But this would have to be an article of faith in a country that is often on the brink of starvation through bad economic policy.

In the 1990s North Korea suffered a devastating famine on a par with Ethiopia’s a decade earlier. Though Kim Jong-il officially blamed national disasters for the food shortages, defectors say that widespread mismanagement was the primary cause. In addition, the Juche doctrine of national isolation and self-sufficiency is cited by critics as the reason international aid was not sought until conditions became dire. As a result, an estimated 2 million people lost their lives before the situation temporarily stabilized.

Despite such self-imposed difficulties, North Koreans were encouraged to refer to Kim Il-sung as “Our Fatherly Leader,” “Our Great Leader” or, difficult as it is to believe, “Light of Human Genius, the Unequaled Genius, the Summit of Thought, the North Star of the People.” Because he was accorded “eternal presidency,” his son, Kim Jong-il, has not taken on the presidential title but has added “Great Successor” to the other hyperbolic descriptors by which he is addressed.

Whether greatness is a term to be used of the successor is something that defectors would argue. They say Kim Jong-il has continued his father’s system of control, using the threat of hard labor and concentration camps. Deviations from the established tenets of Juche can still be as life-threatening as they were under Kim Il-sung, despite the initial reluctance of most nations to believe such things can happen in the 21st century.