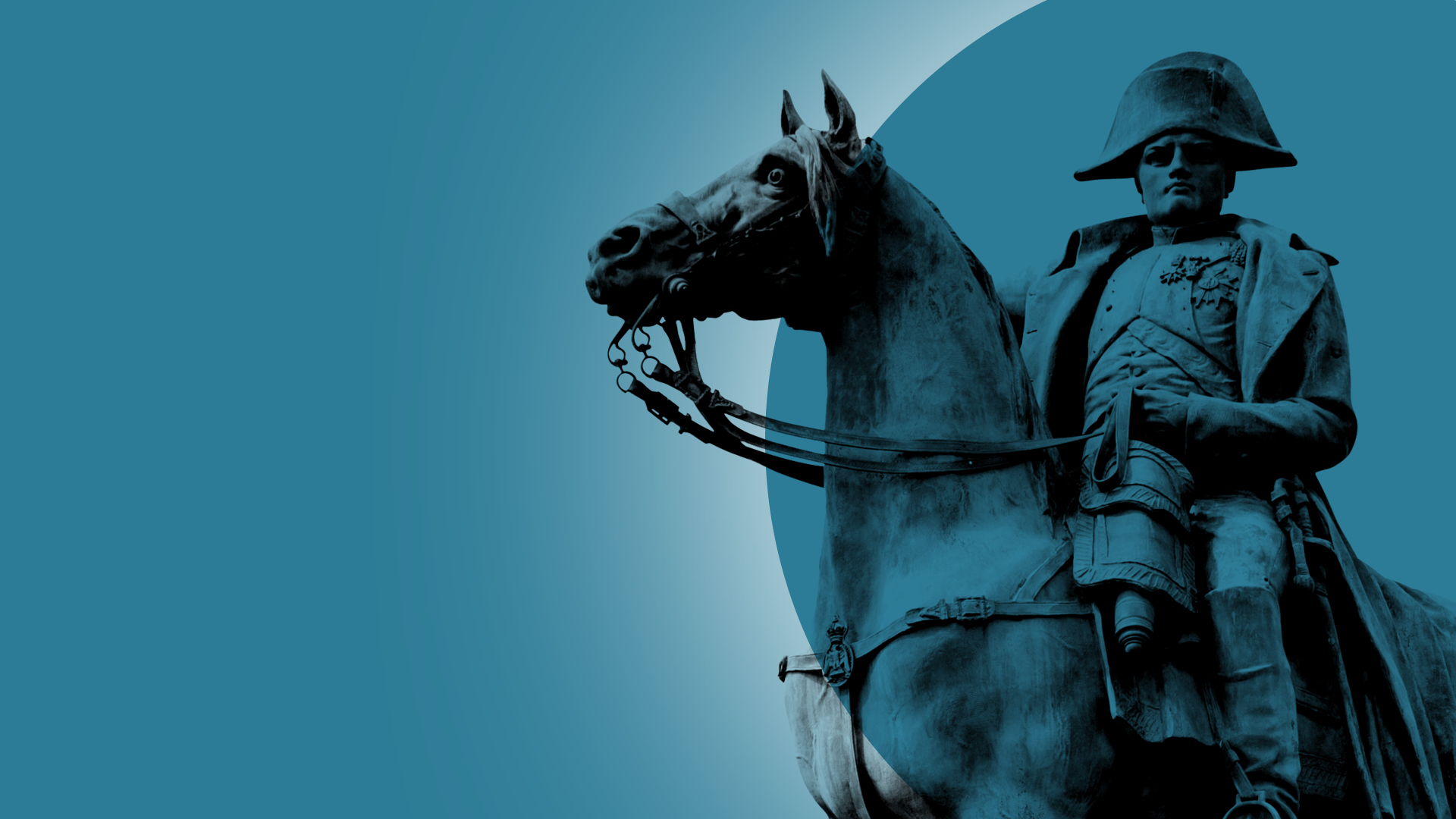 A new biography by Andrew Roberts is based on the recent publication of Napoleon’s 33,000 letters, which have modified our understanding of his character and motivation. How did Napoleon become, in the words of one French scholar, “charismatic leader, master of war and peace, . . . a messiah taking unto himself the symbols of both the Republic and the Roman emperors”?

At the personal level, the answer surely lies in a combination of Napoleon’s military and administrative talent, overweening ambition, and self-propagandizing. Careful control of his image was one of the tools he and his supporters used to great effect to further his goals, consolidate his hold on power, and promote his deification.

The theme of Napoleon as savior—either Roman or Christian—began to appear in works of art. In an attempt to offset reports that Napoleon had abandoned his plague-ridden French soldiers in Palestine, he commissioned a kind of spin doctor of his day, artist Antoine-Jean Gros. Gros painted Bonaparte at the Pesthouse of Jaffa; he is depicted visiting his dying men and touching one with an ungloved hand in the manner of Christ healing the sick, while an officer looks on, covering his face so as not to breathe in the infected air. As historian Gérard Gengembre observes, “the painting contributed to the divinization of the master.”

Though raised a Catholic, Napoleon was not overly religious. He saw religion’s value only in political terms and used it to legitimate his rule by restoring the national relationship with Rome. The Concordat of 1801 was an agreement between Napoleon and church officials recognizing Catholicism as France’s primary religious identity.

In 1804 Napoleon furthered his status by organizing the canonizing of Neopolis, supposedly a Roman martyr from the time of the early Christians, now renamed St. Napoleon, patron of warriors. This new saint’s day, August 15, became France’s first national holiday and happened to coincide with the feast of the Assumption of the Virgin Mary and Napoleon’s birthday. As Gengembre notes, “it was the cult of Napoleon himself—restorer of religion, savior of the Church, anointed sovereign, living saint—who was celebrated.”

Napoleon’s defeat at Waterloo in 1815 resulted in his banishment to the remote South Atlantic island of St. Helena. His death there six years later would not be the end of his fame but, in some ways, just the beginning. Dictating his memoirs day by day, he positioned himself for immortality: “I have worn the Imperial crown of France, the iron crown of Italy, and now England has given me one even grander and more glorious—that worn by the savior of the world—a crown of thorns.” Four years after the emperor died, Horace Vernet painted Napoleon on His Deathbed. Like a Roman, he wears a laurel crown, his face rejuvenated and Christlike, a crucifix on his chest.

This political-and-religious-savior imagery was only to take on further excesses. By 1840, the year that Napoleon’s ashes were re-interred in Paris, the artist Jazet showed him rising from the grave with military uniform and laurel wreath. At that time, author Victor Hugo wrote, “Sire you shall return borne high on a car / Glorious, crowned, sanctified like Charlemagne / And great like Caesar.”

While Napoleon believed he was “called to change the world,” in the opinion of some he was also the man largely to be blamed for starting the real First World War. And while many of his social innovations still benefit France, history records a darker side. At the urging of his generals, he left around 25,000 of his own men to die in the terrible Russian winter of 1812 and returned to Paris. And in all, his military campaigns destroyed an estimated 3–6.5 million people.

Like so many before him, Napoleon positioned himself as a messiah, but he proved false. Yet his legacy would inspire two dictators that followed him in the 20th century: Benito Mussolini and Adolf Hitler.