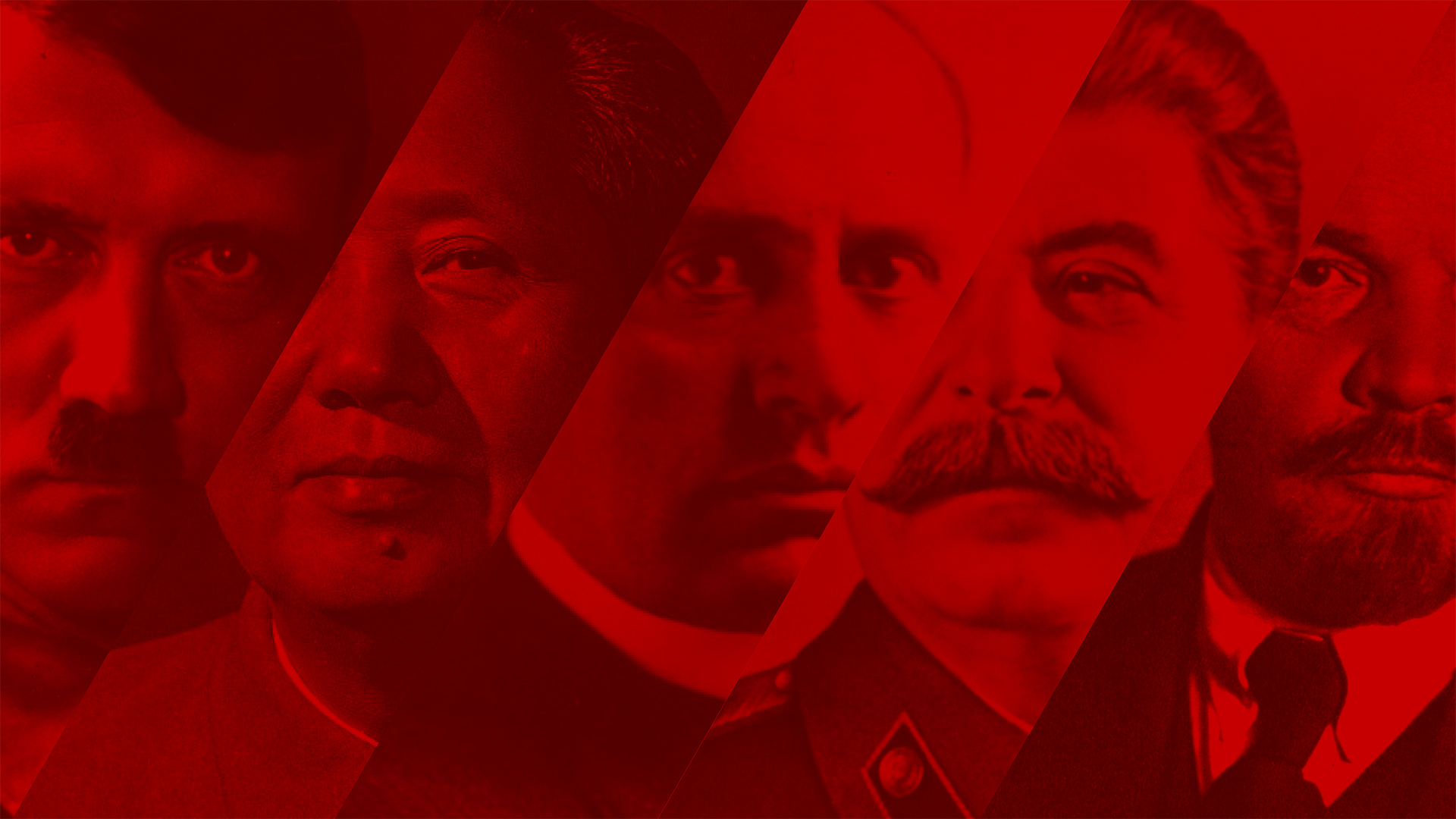 These five well-known totalitarians had at least five characteristics in common. It’s worth thinking about these traits, because autocrats are here now, and others are no doubt waiting in the wings.

It was Lenin’s dictum that terror legitimized the state. Stalin mastered the concept, and 6–9 million lost their lives as he rid the Soviet Union of “enemies of the state,” including Politburo members, quotas of the innocent, and the entire class of farmers.

Mussolini organized Italy’s post–World War I fascist terror group. He purged close comrades and even his own son-in-law. He rounded up Jews and sent thousands of them to their deaths in Nazi camps in Austria.

Hitler’s bitter manifesto, Mein Kampf, had laid bare his long-term goal of “cleansing” the world of Jews, Marxists, Slavs and any group he considered non-Aryan and inferior; 11–12 million died under his hand, more than half of them Jews.

Mao Zedong followed a similar pattern. In the early days, he led the Long March of 80,000 communists for thousands of miles. Despite the epic journey they shared, Mao murdered colleagues and followers. Only a fraction of the marchers survived to tell the tale. By the time his 27-year rule of China ended, an estimated 42.5 million had perished in waves of terror and purges, from starvation, and from brutal overwork.

The personality cult, centered on the leader, is another aspect common to the dictators. In the Soviet Union, Lenin and Stalin were presented like saints in Russian iconic art—even Christlike, complete with halo.

Italian schoolchildren were taught to revere Mussolini. After each day’s recitation of the Roman Catholic creed, they were to repeat their “I believe in Mussolini”; he could do no wrong and never be questioned. He allowed the myth that he was God’s gift to Italy.

Hitler, too, was viewed as a divine blessing, the Savior-Leader the German nation awaited. Followers lauded his mystical insight, compared him to Christ, and were overcome by a kind of religious conversion.

Mao was “the Great Helmsman,” guiding his people to world power. Just reading The Little Red Book of the chairman’s thought was said to cure illness.

Closely connected is the co-opting of religion for political purposes. Though the Soviet federation was atheistic, Stalin knew that religion was a powerful means of uniting people. After Lenin’s death he promoted the former leader as a messiah, embalming his body and placing it on permanent display as a kind of holy relic.

One of Mussolini’s first acts as Duce was to have a crucifix placed in every classroom. But then he also wrote, “Fascism is a religious conception of life . . . which transcends any individual and raises him to the status of an initiated member of a spiritual society.”

Hitler adopted Christian terminology in his speeches, creating the impression of a Christlike figure, a man of destiny. In reality Hitler despised Christianity as a weak religion. Mercy and forgiveness had no part in his war-religion.

Delusions of grandeur were never far from the surface in these men’s minds. The conviction of being God’s chosen instrument, a superman, even the reincarnation of a previous strongman, dominated their thinking.

Stalin framed himself as vozhd, the Leader and Teacher of his people. Mussolini saw himself as a new Augustus Caesar, ushering in a neo-Roman civilization. Hitler believed he was the Great Leader who would return Germany to the pinnacle of power following the humiliating defeat of WWI. Mao is said to have referred to himself as a god and a law unto himself.

Marxist-Leninism imagined communism as the new world order. Stalin promoted the same goal. Mussolini was intent on creating a new city within Rome named EUR as a model for the rest of the world, populated by the new man and woman devoted to fascist ideals. Hitler’s new city, Germania, was designed to become the new world capital, and his Third Reich one that would last 1,000 years.

These five characteristics of totalitarians are remarkably evident in what biblical forecasting says about a final autocrat, referred to as “the beast.” As the world’s ultimate dictator, he’s set to rule with the ferocity of a wild animal in the tradition of the Roman Empire of old. That system is described as a voracious and violent beast with “huge iron teeth” (Revelation 13:1–4; Daniel 7:7). Other leaders, we’re told, will voluntarily submit to his leadership for a short period (Revelation 17:12), and all tribes, tongues and nations will fall under his authority (Revelation 13:7). His ally, a great religious leader, will make use of miracles and convince people to worship this beast (Revelation 13:11–15). Like others before him, that last dictator will claim divinity, sitting like God in His temple (2 Thessalonians 2:4). And he will head an economic and political combine with global reach (Revelation 18:11–13).

Can it happen? Given today’s trend toward autocratic leaders, there’s no reason to think it can’t. In a take on Mark Twain’s comment, a modern writer, historian Timothy Snyder, says, “History does not repeat, but it does instruct.”

Seeing before us the dangers of tyranny, let’s hope that we can accept that instruction. When such a final dictator comes, you and I don’t need to be unaware of his arrival—nor join in his fate.