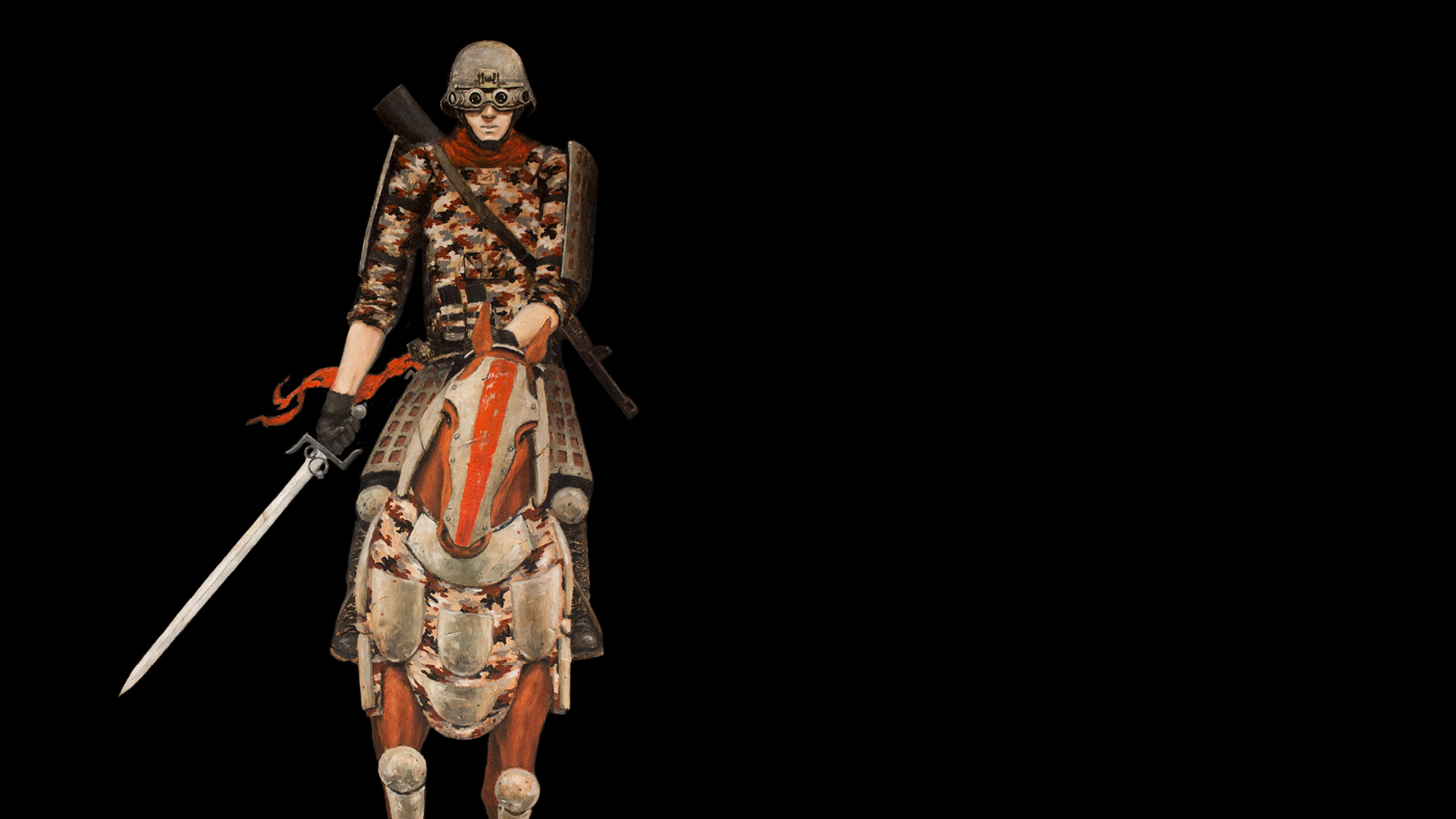 The Four Horsemen of the Apocalypse. As we saw in Part One, the first horse was white, its rider representing counterfeit christs and their ideas. The activities of these false messiahs lead to widespread war, the condition symbolized by the second horse: “When He opened the second seal, I heard the second living creature saying, ‘Come and see.’ Another horse, fiery red, went out. And it was granted to the one who sat on it to take peace from the earth, and that people should kill one another; and there was given to him a great sword” (Revelation 6:3–4).

Jesus had explained the meaning of this image some 60 years earlier when His disciples asked about the end of the age. Cautioning them, Jesus said: “You will hear of wars and rumors of wars. See that you are not troubled; for all these things must come to pass, but the end is not yet. For nation will rise against nation, and kingdom against kingdom” (Matthew 24:6–7a).

War has plagued humanity since the beginning of civilization, and Jesus said that it would continue to be so until the end because it is a natural consequence of false claims, wrong ideas, misguided policies, and ruinous philosophies put forward by leaders with selfish ambitions.

Napoleon Bonaparte is an obvious example and incarnation of the first warrior astride the white horse. He was famously shown wearing a victor’s laurel wreath—in both life and death. His leadership also brought the red horseman at full gallop onto the world scene. Between 1792 and 1815 France was at war with four colonial powers: the Spanish, the Dutch, the Portuguese and the British. Napoleon’s aggression took his forces to almost every corner of the world. Like so many before him, Napoleon positioned himself as a messiah, but he proved false, and he promoted the red horseman’s ride.

Joseph Stalin’s 20th-century record was certainly worse. Violence and war—domestic and international—characterized his regime. Cynical manipulation of religious sentiment underscored the duplicity of what in pure numbers was arguably one of the most murderous regimes in history.

We could talk in detail about the warfare and violence of other false messiahs of the 20th century, including Mussolini and Mao, Cambodia’s Pol Pot, and the Kim regime of North Korea. The story would be the same: totalitarian cruelty, imprisonment, and the deaths of millions. The red horseman rides in the wake of the false messiah; false christs bring on total war.

When Jesus told His disciples about the conditions that would long precede His return, He was also recognizing that human beings have certain tendencies. Like sheep, they follow false messiahs down the path to war, and they are inclined to accept the inevitability of war. But the red horse also has its roots in human nature and human answers to problems.

Military historian Victor Davis Hanson notes, “Conflict will remain the familiar father of us all—as long as human nature stays constant and unchanging over time and across space and cultures.” His conclusion is that “war is an entirely human enterprise” (The Father of Us All: War and History, Ancient and Modern, 2010).

The red horse represents the human tendency to rely on force rather than peace. Former U.S. president Dwight D. Eisenhower addressed the harsh realities of war when he said: “Every gun that is made, every warship launched, every rocket fired signifies, in the final sense, a theft from those who hunger and are not fed, those who are cold and are not clothed. This world in arms is not spending money alone. It is spending the sweat of its laborers, the genius of its scientists, the hopes of its children. We pay for a single fighter plane with a half million bushels of wheat. We pay for a single destroyer with new homes that could have housed more than eight thousand people. This is not a way of life at all, in any true sense. Under the cloud of threatening war, it is humanity hanging from a cross of iron.”

War is an ongoing part of our present human condition. And war leads directly to the third devastating world condition. In our next episode, we’ll look at the black horse and its implications for us today.