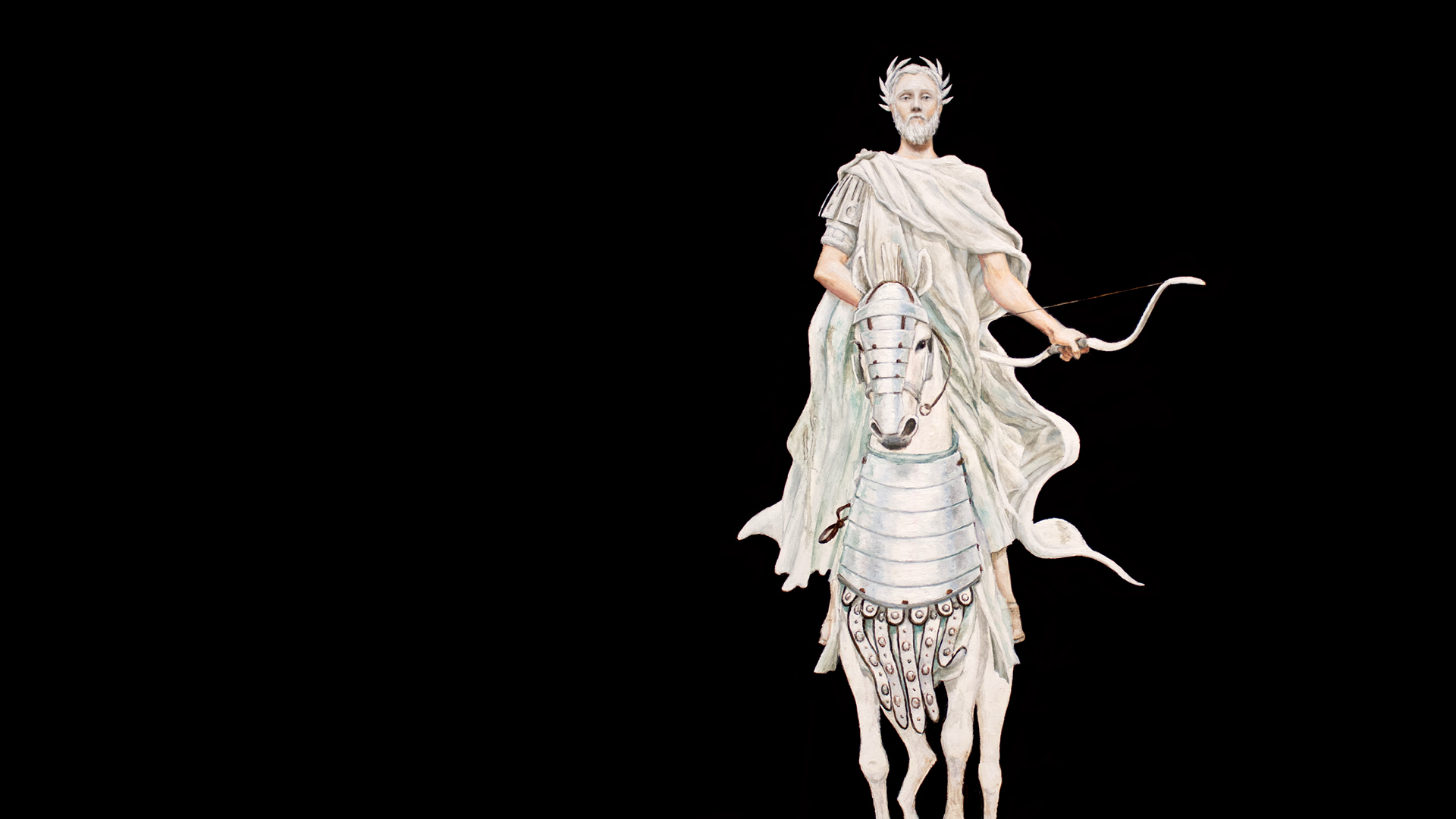 In the sixth chapter of the biblical book of Revelation, Jesus Christ opens a prophetic scroll sealed in seven places. As each seal is broken open, specific conditions and events prophesied to affect the entire world are revealed.

Galloping free from the restriction of the first four seals are individually colored horses and their threatening riders: “And I looked, and behold, a white horse. He who sat on it had a bow; and a crown was given to him, and he went out conquering and to conquer” (Revelation 6:2). This vision reveals specific images—symbols of something intended to help readers understand coming events.

The first rider carries a bow and wears a crown (the original Greek says a “laurel wreath”—the ancient symbol of a conquering victor). But what does it all mean? This horseman has often been confused with the returning Christ described in chapter 19 of the same book, because He also rides a white horse. Many believe that the first rider pictures the gradual triumph of organized Christian religion, beginning 2,000 years ago. But Revelation 19 reveals a different individual than chapter 6. The returning Christ is dressed in a robe stained with blood, wearing multiple crowns; the Greek is “diadems” (diádēma), not a laurel wreath. He is accompanied by angelic beings on white horses, and His weapon is the sword of His mouth, not a bow. The obvious differences between the two images suggest that the first of the four horsemen represents a counterfeit, or false, messiah.

And this is exactly what we find in the explanation that Jesus Himself gave to His disciples more than 60 years before this vision, as He told them about the future progression of world conditions. The disciples asked: “What will be the sign of Your coming, and of the end of the age?” Jesus first warned that events seeming to indicate that the end is imminent do not necessarily mean that it is. He said, “Take heed that no one deceives you” (Matthew 24:4).

Then He added the first global condition to be aware of: “For many will come in My name, saying, ‘I am the Christ,’ and will deceive many” (verse 5). In a parallel account, the same deceivers claim, “I am He” (Mark 13:6). Jesus’ warning here about not being fooled parallels the first broken seal in the book of Revelation. He clearly identifies the white horse and its rider. People who claim to be “the anointed one” are false messiahs—men who counterfeit the future role of the true returning Christ. A counterfeit is not easy to spot. It’s so close that it could be the real thing except to the trained eye. So Jesus warned against being deceived by human beings who claim to be the Messiah—that’s to say, specially chosen and anointed by God to rule. Such people present themselves as the only ones who can solve all problems.

Others have combined religion and politics in their efforts to be “the anointed one.” Take the fourth-century Roman emperor Constantine. He’s the man credited with Christianizing the Roman Empire. Yet his claims to be equal with the apostles—even God’s agent—were not borne out by his behavior. Other, more recent examples include Napoleon, Stalin, Mussolini, Hitler and Mao Zedong. All of them took advantage of the language of religion and its imagery, stirring up religious fervor, and got their followers to worship them, believing they had all the answers.

Of course, all these false messiahs failed, precisely because they were false. They also brought great destruction on the world including their own people. In many cases millions died because of their violent rule, their purges and their wars. For a more detailed look at these examples, take a look at our previous episodes where we talk about false messiahs.

Deceit comes in many forms, and the counterfeit white horseman will continue to ride until he is vanquished by Christ at His coming.

Almost every one of these false messiahs led their followers into war. And that is the same next step in the sequence of the four riders. In the wake of false messiahs would come the scourge of war represented by the rider of the red horse. Yet even widespread war would not necessarily mean the end was imminent: “Take heed that no one deceives you,” He said. Then Jesus added, “You will hear of wars and rumors of wars. See that you are not troubled; for all these things must come to pass, but the end is not yet. For nation will rise against nation, and kingdom against kingdom” (Matthew 24:6–7, emphasis added).

In our next installment, we’ll look at the second horse and its rider and consider the implications for us today.