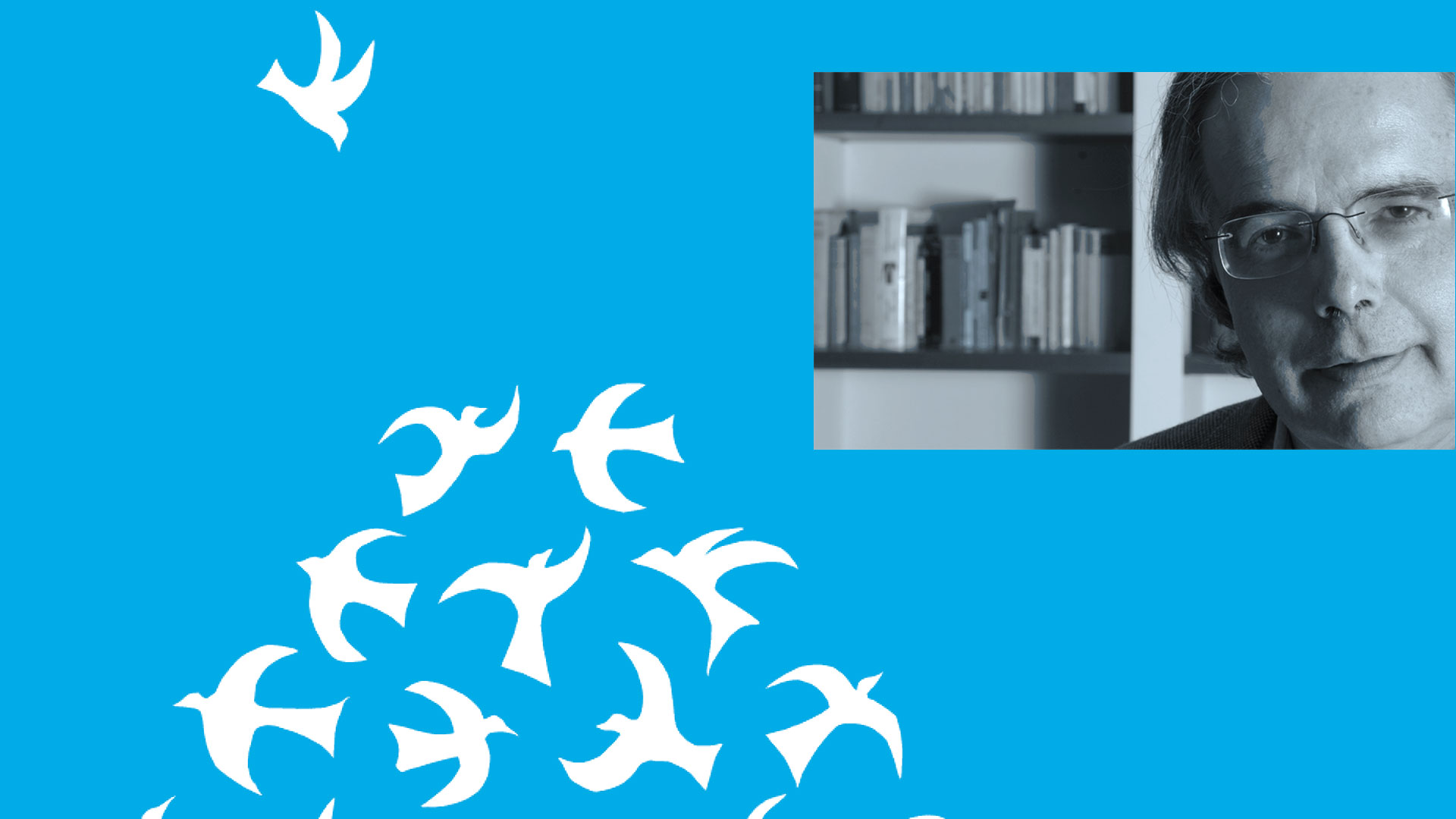 Career diplomat Uri Savir has a passion for peace in the Middle East. He has been on the frontline of Israeli peace efforts for the past 15 years and is a longtime advisor to his nation’s former prime minister and current president, Shimon Peres.

A member of the Israeli Knesset from 1999 to 2001, Savir serves as president of the Peres Center for Peace (Tel Aviv) and of Global Metro City—The Glocal Forum (Rome). His latest book, Peace First (2008), sets out what he calls “a new model” and process for achieving lasting peace in the Middle East and elsewhere.

An earlier volume, The Process (1998), related the behind-the-scenes story of the Oslo Accords and was named Notable Book of the Year by the New York Times. This interview by publisher and Mideast scholar David Hulme is Savir’s second for Vision. The first appeared in the Spring 2000 issue.

DH Before we discuss your new book, Peace First, can I go back to the 1993 Oslo Accords and ask you to point out the primary lesson you learned as chief Israeli negotiator with the Palestinians?

US Well, first of all I do believe that while it had certain flaws and problems, it was the right breakthrough to do. Particularly because we had to put an end, gradually, to the occupation of the West Bank and Gaza, and the Palestinians had to put an end to the rejection of Israel—and that was achieved. It did not fully materialize; there were some problems, not with the agreement but with the implementation of the agreement. But I fully believe that had Rabin stayed alive, a Rabin and Peres government would have reached permanent status as planned.

DH So political opposition was the root of that difficulty?

US It was political opposition and to some degree socioeconomic opposition. I think to some degree it was too much a peace of the elite, and the socioeconomic gaps in both societies grew rather than narrowed. The people who reaped the fruits of the peace revolution were more in affluent North Tel Aviv rather than in South Tel Aviv; or the people in the skyscrapers in Gaza rather than the people in the refugee camps. Those who felt that they were not part of this revolution rebelled, either politically in Israel or violently in Palestine.

DH You wrote Peace First after you’d had a serious stroke. Why write the book then and not before?

US I had started writing it before. Then there’s a long period of getting on your feet again, and writing was something that helped me. In a certain way, when you suffer your mind becomes enormously focused, so it helped me—but it also helped the writing.

DH A major point is that peacemaking needs reform. Why do you say that?

US Because I think we have to democratize peace. Peacemaking among governments alone today is not good enough, because you cannot simply implement it by having a document and a power game that leads to implementation. You need the motivation of constituencies. And there is too little in the peacemaking and peace-building efforts that is pushing the constituencies of the countries to be in favor of peace. So we have to mix peacemaking and peace building; government and civil society. To a large degree peacemaking has been done the way it was 50 or 100 years ago, where you simply share assets or territories. This is not what is going to sustain peace. You have to create the culture of peace; you have to have people endorse peace, and you have to improve economic situations. Paradoxically, while war-making has been extremely modernized—the tools of war—peacemaking has remained more or less the work of lawyers and diplomats, the way it was under Bismarck.

“Peacemaking among governments alone today is not good enough, because you cannot simply implement it by having a document and a power game that leads to implementation. You need the motivation of constituencies.”

DH So that’s the gap that you see, and the answer you propose is reflective of the borderless world?

US It’s reflective of the world where, because of globalization, the nation-state has become weaker, and civil society (the private sector, nongovernmental organizations) and local governments have become stronger.

DH You talk about peace building as well as peacemaking. What’s the difference between the two?

DH Is participatory peace the outcome of peace building?

DH So we’re talking about changing the perceived self-identity of the people on the street, such that he or she becomes a participant in this process.

DH How would you see your model working in the kind of world we now inhabit, with massive economic dislocations everywhere; with, for example, the increasing poverty of places like Gaza? How do you put those two things together? You’re saying it failed in the 1990s partly because of social and economic issues. Isn’t it worse today?

DH You use the phrase “creative diplomacy.” Are you saying that conventional diplomacy lacks innovation?

US Negotiations are very often perceived like surgery: you have a certain asset and you cut it in half. This is not how things should be done. Things should be done by creative diplomacy, by increasing the gain of assets for both sides. For instance, if Israel one day withdraws from the Golan Heights, and if the United States would create a tourism zone there, by which both sides could profit—that’s creative diplomacy.

DH Does that kind of activity in the Middle East generally require an outside participant or broker?

US When it comes to economics, definitely. On the political issues, not necessarily.

DH In the opening of the book you talk about human nature and structural flaws as limiting the peace process and the treaties that come from it. Those two things seem like enormous hurdles. How do you get past them?

US They definitely are, but when we are on the brink of such dangers—of the marriage of fundamentalism with extremist ideologies, with terrorism, with proliferation of nuclear arms—we have to think of a way out. I hope that the next American elections will produce a president with a new philosophy when it comes to peacemaking.

DH What about the Syrian-Israeli impasse?

US I think the border issues are fairly clear; security issues, what Israel will take or not in terms of demilitarization of great parts of Syria, all of these issues are clear. We will have to engage in mutual trade, diplomatic relations and cultural relations to link infrastructures. When I negotiated with Syria in Maryland in 1996 they clearly were ready for trade and tourism relations. I’m not sure a peace with Syria would look like peace with Egypt. It may be, not a warmer peace, but a more active peace of cooperation.

DH How do you characterize the peace with Egypt?

US It’s a strategic peace with strong common interests. The lack of war is extremely important, but I would have liked to see more economic relations, trade relations, social relations.

DH What about Lebanon and Hezbollah? How do you get them to the table in a peace-building effort?

US Hezbollah is out of the question. The whole question of Lebanon and Hezbollah would depend on Syria. If you can make it with Syria—and in order to make it with Syria we need American participation (I hope this will be one of the lessons of the new president)—then the Lebanese issue will be resolved as well.

DH Obviously Israel is very concerned, as a lot of people are, about what is going on with Iran’s nuclear program. The standoff seems like a classic failure of traditional diplomacy.

US Not necessarily. We will have to wait and see, but I think also post–American elections we have to wish for better transatlantic relations between the United States and Europe, which makes it much more possible to play the cards in state diplomacy in a more effective way than now.

DH One of the aspects of your new model is to make use of “glocalization.” What do you mean by that?

US I think globalization was kind of an illusion—that it would bring economic development more or less everywhere, and peace in our time. It didn’t bring that. Two-thirds of our world is not reaping the fruits of globalization. To a large degree, the nonglobalized world feels, if you like, localized—enclosed in their own culture, not part of the Western media culture. We have to create a bridge between the globalized world and the more localized world that’s outside that revolution. I concluded that the bridge between the two could be the city and not the country. To a large degree, the cities match together global opportunities but also local cultures. So here is where global and local come together as “glocal.” I’ve linked 150 cities that actually work together as a network, and to a large degree it’s made the mayor into a modern-day diplomat. It’s known as the Glocal Forum.

DH How does it function?

US Every year we bring dozens of mayors together, including mayors of conflict cities—from both sides in conflict areas—like the mayor of Nablus and the mayor of Rishon le-Zion, the mayor of Karachi and the mayor of Delhi. We work between wealthy cities and poor cities. In a way, we’re moving from international relations to intercity relations.

DH That matches with the concept of the borderless world.

DH Is this one way to achieve what you term “an ecology of peace?”

US Yes. An ecology of peace is really very close to the notion of a culture of peace. Often peace is made, and the other side remains dehumanized and an enemy. If you want peace to succeed, you have to create an environment in which the other side is rehumanized and where cooperation becomes legitimate.

“An ecology of peace is really very close to the notion of a culture of peace. Often peace is made, and the other side remains dehumanized and an enemy. If you want peace to succeed, you have to create an environment in which the other side is rehumanized and where cooperation becomes legitimate.”

DH You seem to be talking about the practical application of loving your neighbor as yourself. Do religious values inform what you do?

US I think humanitarian values are sometimes part of religious values, sometimes part of secular values. But basically it’s humanitarian values—understanding the equality between human beings; understanding that in conflict each side suffers, each side blames the other for being the aggressor, and that in reality we have a common destiny to some degree.