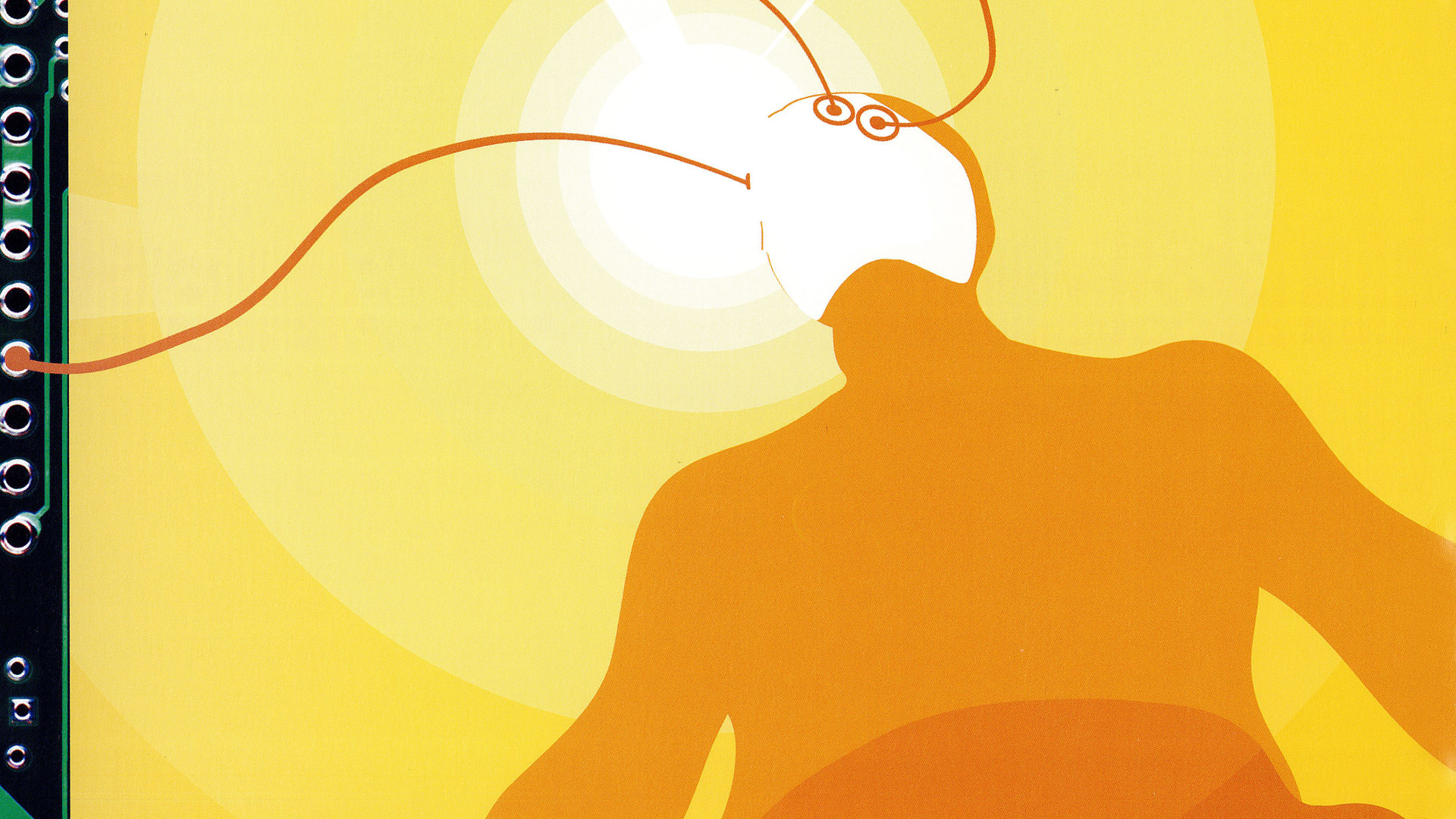 Warner Brothers’ 1999 sci-fi action movie The Matrix hooked a lot of people. Perhaps you were one of them. What fascinated and intrigued so many was the movie’s labyrinthine, esoteric plot and captivating dialogue.

Eager fans now await the release of Part Two of the Wachowski brothers’ cult movie classic, with Part Three already in the works as well.

While Vision by no means endorses the movie’s violence and objectionable language, its immense popularity and its fundamental premise do raise some interesting questions.

What Is the Matrix?

The Matrix centers on the concept that the known world is an illusion. It follows the story of a character called Neo.

All his life Neo has realized that there is something not quite right with the world he sees around him. The explanations given don’t quite fit the facts. As the story unfolds, it becomes apparent that the year is not somewhere in the late 1990s, as everyone believes, but the late 2190s. The world as we know it has been destroyed in a war between human beings and machines with artificial intelligence. Humans built the machines in the early 21st century. And now, in a nuclear-winter-like setting in which these machines are deprived of sunlight as an energy source, they have enslaved the human race and are farming people as a source of bioelectrical energy.

The humans are kept in an unconscious state in podlike containers in a vast holding field, plugged in to a central computer. In this nightmarish scenario, everything in the world—cars, buildings, cities and countries—are part of a complex computer-generated virtual reality called the Matrix, within which the humans interact. Everything they see, smell and hear is part of this virtual construct and doesn’t really exist. A computer program merely stimulates their brains and deceives them into believing that they are all living normal 20th-century lives—eating, sleeping, working and interacting together. They are all blinded to the truth about how and why they exist.

But a handful of people have escaped from the Matrix and know the truth.

One of these, a man called Morpheus, hacks into the Matrix and contacts Neo, telling him: “The world you see is the world that has been pulled over your eyes to blind you from the truth. . . . Like everyone else, you were born into bondage, born into a prison that you cannot smell or taste or touch. A prison for your mind. Unfortunately, no one can be told what the Matrix is. You have to see it for yourself.”

Morpheus then presents Neo with two pills and asks him to make a choice. “You take the blue pill, the story ends, you wake up in your bed and believe whatever you want to believe. Take the red pill and you stay in Wonderland, and I show you how deep the rabbit hole goes.”

Questions but No Answers

The Matrix is the brainchild of Andy and Larry Wachowski, who wrote the script and directed the movie. These former employees of Marvel Comics have a passion for exploring how mythology and classical legend inform culture. They wanted to make a superhero movie—one that would make people think about some of the bigger questions in life. They wanted to break new ground in action movies, create a new genre, and take moviemaking to new heights. By all accounts they succeeded.

The Wachowskis’ vivid imagination has stuffed the movie with multiple layers of both Eastern and Western philosophy, numerous allusions to Judeo-Christian themes, Japanimation, and kung fu action sequences. There are references to TV, cyberpunk, classical mythology and contemporary history. Even Ronald Reagan is cleverly and subtly worked in. The complex subtexts and secrets of the movie keep viewers enthralled as they try to fathom what it is all about. In an interview posted on the movie’s official website, visual effects supervisor John Gaeta commented that the movie is layered “to the point that . . . the audience will be completely baffled about what is real and unreal—which is, after all, the whole point.”

The Matrix seems to have reached people in a way that most movies do not. Editor Zach Staenberg remarks that people want to talk to him about it. “People want to tell me about how much it changed their lives, or how much they saw the world differently.” Keanu Reeves, who plays Neo, recalls, “When the film was coming out, we’d hear stories about people going more than once: twice, three times, nine times, ten times, eleven times!”

The movie seems to hold almost magical powers to stimulate astonishing revelations about the deeper meaning of life. How can this be? What is it about this foremost example of Hollywood-inspired digital enchantment that holds sway over people’s lives? Does it have any lasting significance for us, or is it just another example of moviemakers pushing the digital envelope of all-action sequences and pioneering special effects?

The Quest for Truth

The movie’s core theme examines the idea that people can be blinded to the truth about their existence, unable to know any better. They search but are unable to see the truth through the illusion that the world before them portrays.

“There is something wrong with the world. You don’t know what it is, but it’s there like a splinter in your mind, driving you mad.”

As Morpheus tells Neo, “You’re here because you know something. What you know you can’t explain. But you feel it. You’ve felt it your entire life—that there is something wrong with the world. You don’t know what it is, but it’s there like a splinter in your mind, driving you mad.”

When we attempt to think about the nature of our existence, about why we are here, the myriad complexities of life often stop us before we start. Life is just too complicated. How do we know what is real and what is simply illusion brought on by our subjective view of the world? How can we be objective about the universe we live in when we can understand it only through the five physical senses?

Is it possible that we could be blinded about why we exist?

Are we, like the people held captive in the Matrix, oblivious to why we are here? Have we been deceived into believing that the physical reality around us is all there really is to life? Or is there something more? Is it possible that humankind really is being held captive? What is the truth?

Is it possible that humankind really is being held captive?

At Vision we believe that the Bible is the inspired Word of God and that it holds the answers to these perplexing questions. In its pages, God reveals that He created an invisible spirit realm before placing human beings on the earth. The angel Heylel (also referred to as Lucifer) was one of these beings. He allowed himself to become so filled with vanity and self-importance that he thought he could take over God’s throne and displace his Creator as ruler of the universe. When his plan failed, he was cast out of heaven and became Satan the devil, the enemy of God (Isaiah 14:12–15; Ezekiel 28:12–17).

When God created the first human beings in His image (Genesis 1:26–27) and gave them the potential to become His children, Satan set out to thwart God’s plan. He has blinded humankind to the true purpose of why we are here—to be born into God’s family and to govern with Him in His future kingdom, which Satan can never hope to do. Since the time of Satan’s intervention in human life, human minds have been held captive by this evil being who does not want us to know the truth. It’s a scenario reminiscent of the one Morpheus describes in the movie: "The world you see is the world that has been pulled over your eyes to blind you from the truth."

In today’s world, Satan has deceived humanity into thinking that good is evil and evil is good. One of the deceptions foisted off on many is the belief that there is no spiritual realm—no God, no Satan, no right and no wrong. Through the Bible, God has explained this deception, but for the most part, we humans have chosen to reject God’s revelation, leaving Satan’s deception as the only option (Isaiah 5:20; Ephesians 2:1–2).

For the time being, God has allowed the human race to be taken in by this adversary (Revelation 12:9). Yet, once we recognize what has happened, we are free to choose between obeying God and being set free from Satan’s matrix (by the truth, the red pill) or remaining oblivious and continuing to be dominated by Satan’s way (the blue pill).

But because Satan has held humanity captive, in the end God will remove him from the scene and give all who have ever lived an opportunity to reevaluate the choices they have made in life.

In The Matrix, people had no way of knowing that the computer-generated reality wasn’t real. Similarly, we have no scientific way of detecting or refuting the spirit world. But like Neo, we experience things, “like a splinter in the mind,” that do not make sense without an understanding of the existence of the biblically revealed spiritual dimension.

Thankfully, we can be told what the truth is, though again like Neo, we have to be willing to see it for ourselves.

And like Neo, we are offered two options. First, the story ends, we wake up in our beds and believe whatever we want to believe. Or we stay and are shown how deep the rabbit hole goes.

As Morpheus says, all that’s being offered is the truth. Nothing more.

The choice is ours.